10 Best Sad Anime Of All Time To Make You Cry

Sadness can be heightened in an anime by making the most of the medium’s capabilities. With some of the saddest stories ever told coming from animation, anime can deliver on some of the most powerful, frightening stories in any media. Let’s look at some of the sad anime of all time.

Wolf Children is a 2012 anime about a love story between a human and a werewolf. Follow Hana, a college student who falls in love with her mysterious classmate and later, as a grieving lover and single parent after his death. Hana and her children (Yuki and Ame) struggle to survive and keep the secret in the human world. Hana will go through real challenges like teaching her children emotional control, going to the doctor, and dodging child services. The anime focuses on feeling adrift as the children feel like they have their legs in two different boats half human and half wolf. 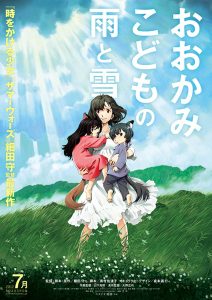 Ciel – the 12-year-old- last surviving heir to a prestigious Phantomhive family in London rebuilds his family legacy with the help of the Demon, Sebastian Michaelis, who is a part-time bodyguard and part-time pastry chef. In two seasons of this anime, Ciel will open a toy and candy company, serve the Queen and lead a double life with his supernatural dealings. The show is heavily inspired by Batman in the beginning, but really takes on a life of its own from episode 7. 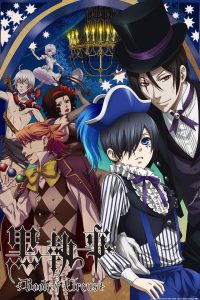 Talking about the sad anime of all time, ‘Pandora Hearts’ has to be there. Pandora Hearts anime is a dark interpretation of Alice in Wonderland that seems (slightly) less unsettling than the film Pan’s Labyrinth. With heavy motifs, a trippy art style and a writer who is ridiculously famous for playing with the reader’s sanity. Oz Vesalius a teenage boy sent to live in the Abyss by the underground organization the Baskervilles for the crime of “existing”. He survives the Abyss with the help of Alice/B-Rabbit, a fierce being with amnesia. When he returns to the real world a day after being sentenced, 10 years have passed. 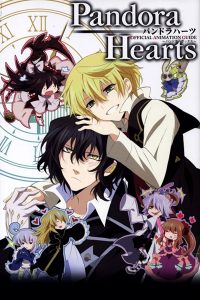 4. I want to eat your Pancreas

Despite its creepy title, this anime revolves around two people who become friends due to tragedy. The unnamed protagonist and Sakura become friends after the protagonist reads Sakura’s notebook titled ‘Disease Coexistence Journal’. He finds out that Sakura has stomach cancer and will not live for more than 1 year. The anime is about Sakura’s influence on the protagonist’s life despite their short and ill-fated friendship. Keep tissues in hand. This is one of the best sad anime of all time. 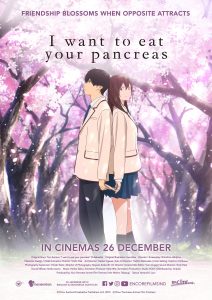 Violet Evergarden is an anime about post-war rehabilitation. The titular character is a distinguished soldier who serves under Major Gilbert Bougainvillea’s command in the Special Operations unit. He is famously known as the “Battle Maiden of Leidenschaftlich”. Tragedy strikes when she loses both her arms in war. She begins work at CH Postal Company in the post-war city of Leiden, the capital of Leidenschaftlich but struggles to adjust because of her disability and her life in war. 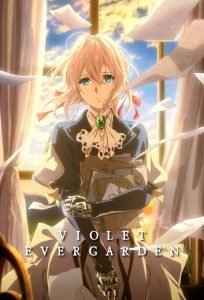 ERASED is a psychological thriller anime about a man who time-travels and gets framed for his mother’s murder. Satoru Fujinuma, an unsuccessful mangaka and pizza delivery man, is afraid of putting too much of himself into his work. He possess the ability to time travel but does not have any control over it. Satoru gets himself thrown into an 18-year-old murder mystery involving 3 children from his hometown in order to save those three children and subsequently his mother from getting murdered. 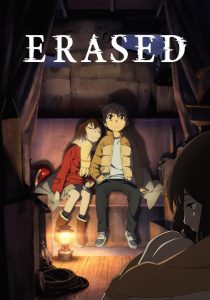 How does a person find happiness in their life? This anime featuring ​​Tomoya Okazaki, a high schooler who doesn’t have the will to do anything and is seen as a slacker, is about earning happiness in life. Two friends, a bad family situation and bad grades has left Tomoya depressed and hateful towards his life and his entire town. He bumps into fellow student Nagisa Furukawa, a friendless wallflower, who has stopped noticing and being noticed by people. Follow them as they reopen their school’s drama club and rediscover friendship and community. 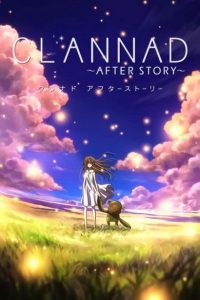 A Silent Voice is a very empathetic take on bullying. Shoko Nishimiya is an elementary school student who often gets bullied because of her deafness. Her classmates are either apathetic or adversarial. She gets no help from her teacher who seems sick of his job and finally, the school administration gets involved. The bullies throw a single person from their group, Shoya Ishida, under the bus. Shoya takes all the blame, and also begins to get bullied by the same classmates. He realizes his mistake and tries to atone for his misbehavior by learning sign language and becoming friends with Shoko. 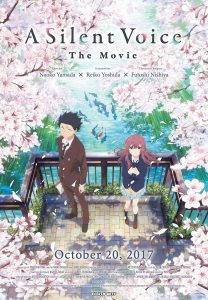 Maquia does not age, but her child Ariel does. This anime is really the peak of if you love them let them go. Maquia is a near-eternal member of the Lorph tribe. She is advised not to love outsiders, non-lorph people with fleeting lives. One night Mertza Empire attacks the Lorph with their dragons in their quest for immortality. Maquia finds herself separated from her family, her love, and her friends only to find a baby alone in the forest without his parents. Maquia decides to raise the child herself despite knowing the hardships she will suffer from loving someone who will eventually grow up and die. 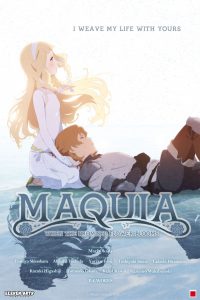 Even if you’re not the sort of person to cry while watching a show, each episode will move you to tears. This anime is about a group of friends who drift apart after the death of their friend Menma. Five years later, Menma returns to them as a ghost and asks her friend Jinta to help her fulfill her wish. The group slowly returns to find out what her wish is and how to fulfill it. They reunite their friendship and deal with their guilt and sadness over their friend’s death. As a metaphor, this show is really about getting over grief. When Jinta and his friends say a tearful goodbye to Menma, after fulfilling her wish, they also finally move on from her death. 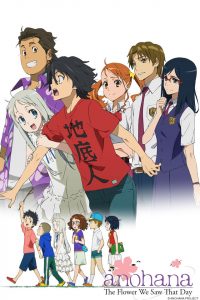 Also Read: 10 Best Mystery Anime Of All Time That Will Leave You Puzzled!

Having said that, some of the greatest anime ever made are gloomy dramas and tragedies that are masters at bringing their viewers to tears. What is your recommendation for the sad anime of all time?