20 Most Awaited Bollywood Movies Releasing in 2021

The Bollywood movie experience was redefined in 2020. The coronavirus pandemic shut down cinema theatres – a sad but necessary step. As always, humans didn’t fail to adapt to their conditions. Bollywood movies (and IPL – let’s not forget the cricket fanatics) switched to major OTT platforms. Films such as Ludo by Anurag Basu and Ak Vs Ak by Vikramaditya Motwane graced Netflix while the Amitabh Bacchan starrer Gulabo Sitaabo and Vidya Balan’s Shakuntala Devi released on Amazon Prime. Disney+ Hotstar launched Dil Bechara and Lootcase on its platform while Chintu Ka Birthday premiered on Zee5. The Filmfare even launched an award ceremony for the film industry working on OTT platforms. 2021 has several hopes riding on it, given the big budget flicks and some really awaited Bollywood movies releasing in 2021 that the movie buffs are looking forward to the most.

To make your life easier, we have a list of 15 Most Awaited Bollywood Movies Releasing in 2021

The White Tiger is the screen adaptation of Aravind Adiga’s book of the same name. Slated to release in January 2021, all eyes are on this project helmed by Priyanka Chopra. The film has Adarsh Gourav in the lead role along with Rajkummar Rao and Priyanka Chopra. 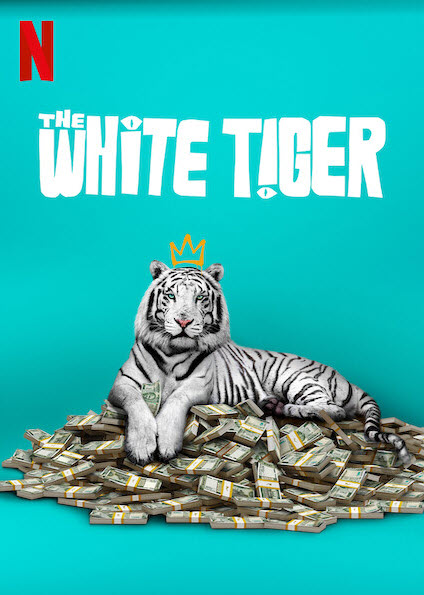 The year 2021 also marks the directorial debut of Seema Pahwa. Ramprasad Ki Tehrvi boasts of a stellar ensemble cast such as Konkona Sen Sharma and Naseeruddin Shah. The film is a dramedy set during the tehrvi event performed because the head of the family had died. 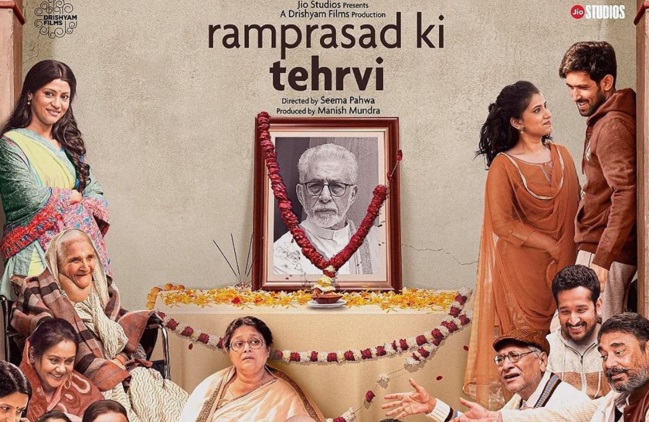 The cop universe of Rohit Shetty gets more interesting as Akshay Kumar joins the fun. Hold on to your seatbelts for this high octane masala film which will definitely have some cars exploding and flying. 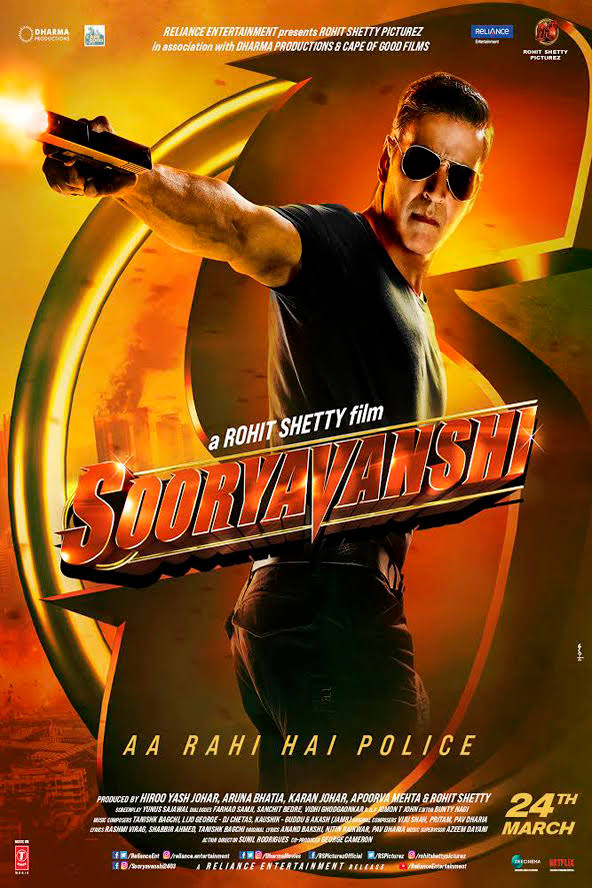 Ram Gopal Verma returns to screens with this film. The movie was originally titled Geher but the trailer was released with the name 12 o’ Clock in 2020. The film stars Mithun Chakraborty, Makarand Deshpande, Amit Sadh, Flora Saini and Manav Kaul. 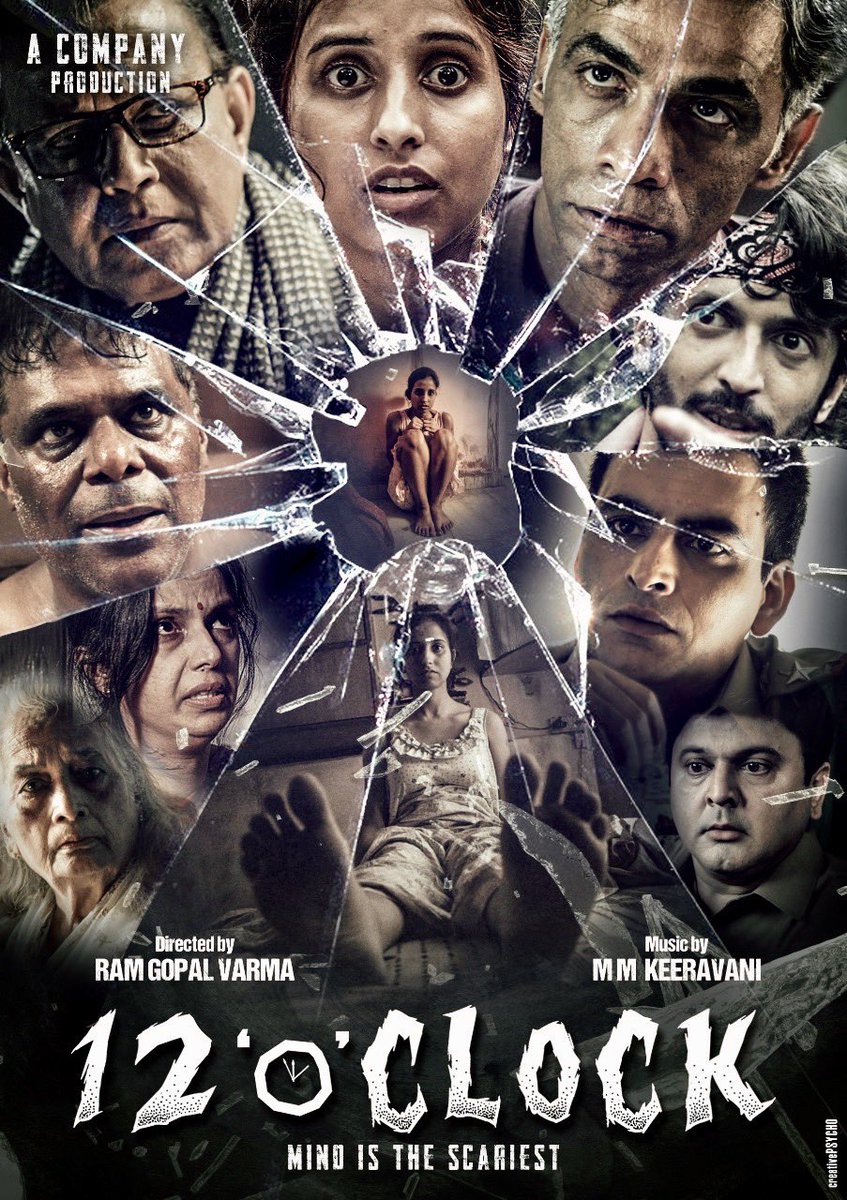 Baahubali fame Rana Daggubati in a-never-seen-before avatar in this film. An upcoming Bollywood movie that also stars Shriya Pilgaonkar of Mirzapur fame, it is going to be released in Hindi, Telugu and Tamil. The film is directed by Prabhu Solomon. 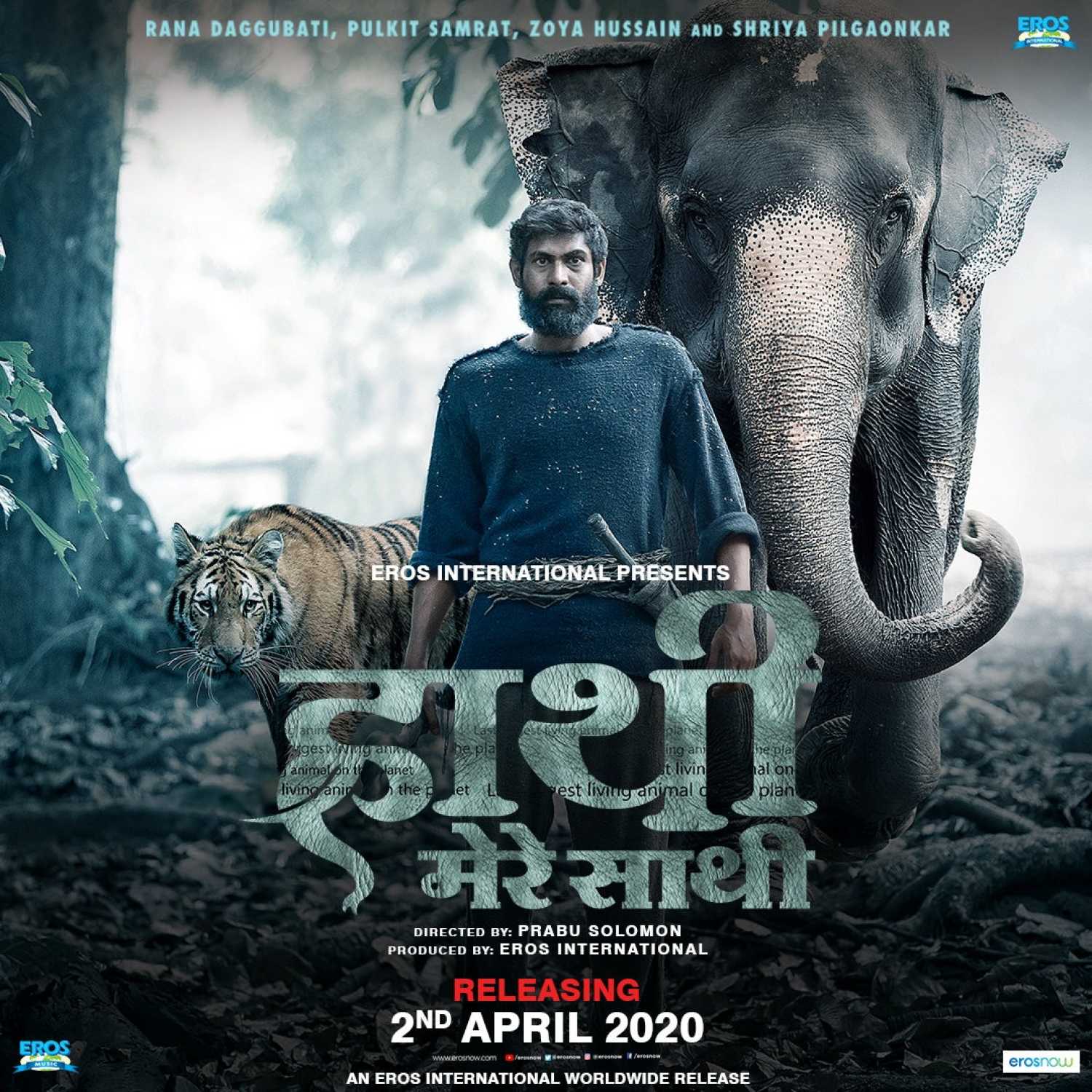 Kabir Khan’s directorial venture about the landmark in the history of Indian cricket – the World Cup Finals of 1983 is set to release in 2021. The film’s cast has been revealed and real life couple Ranveer Singh and Deepika Padukone will be playing the roles of Kapil Dev and his wife. The movie was initially set to release in 2020, however, it’s release has been delayed due to the pandemic. It is undoubtedly a Bollywood movie releasing in 2021 that the audiences are looking forward to for a long time now. 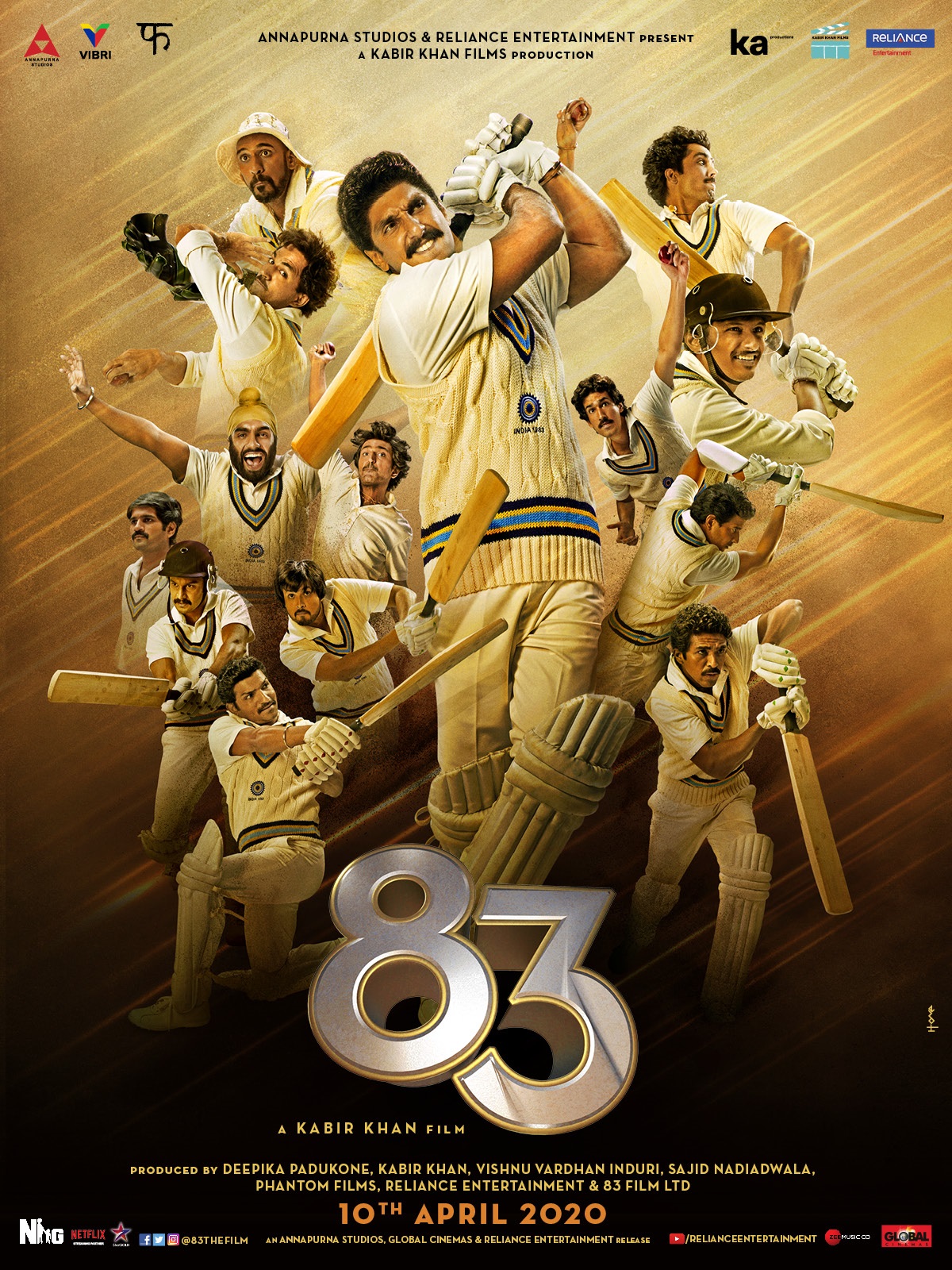 Satish Kaushik of Mr India fame returns to screens with his film Kaagaz which is to be released on Zee5. The film stars Pankaj Tripathi in the lead role and has a fresh story. The trailer has already been released. 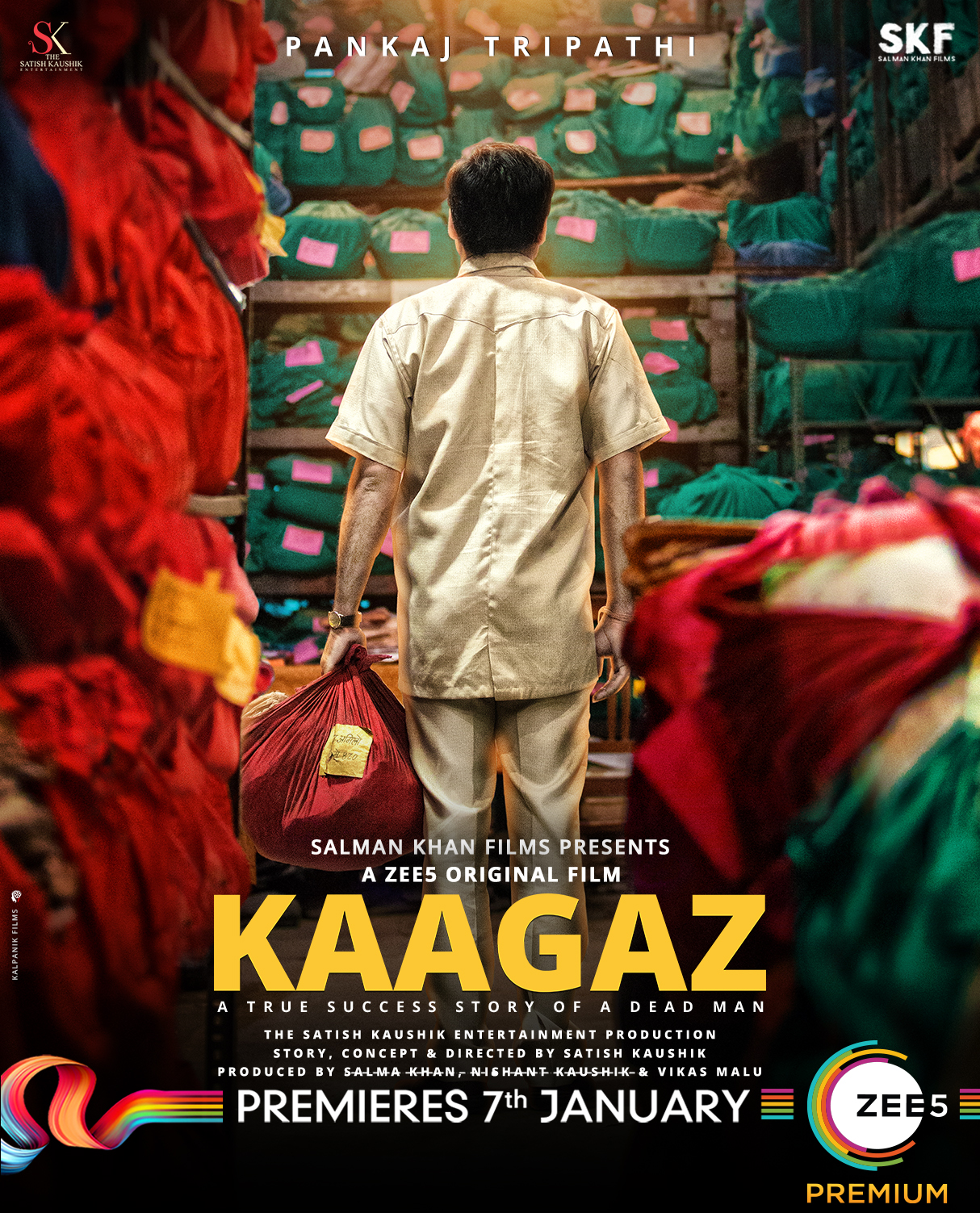 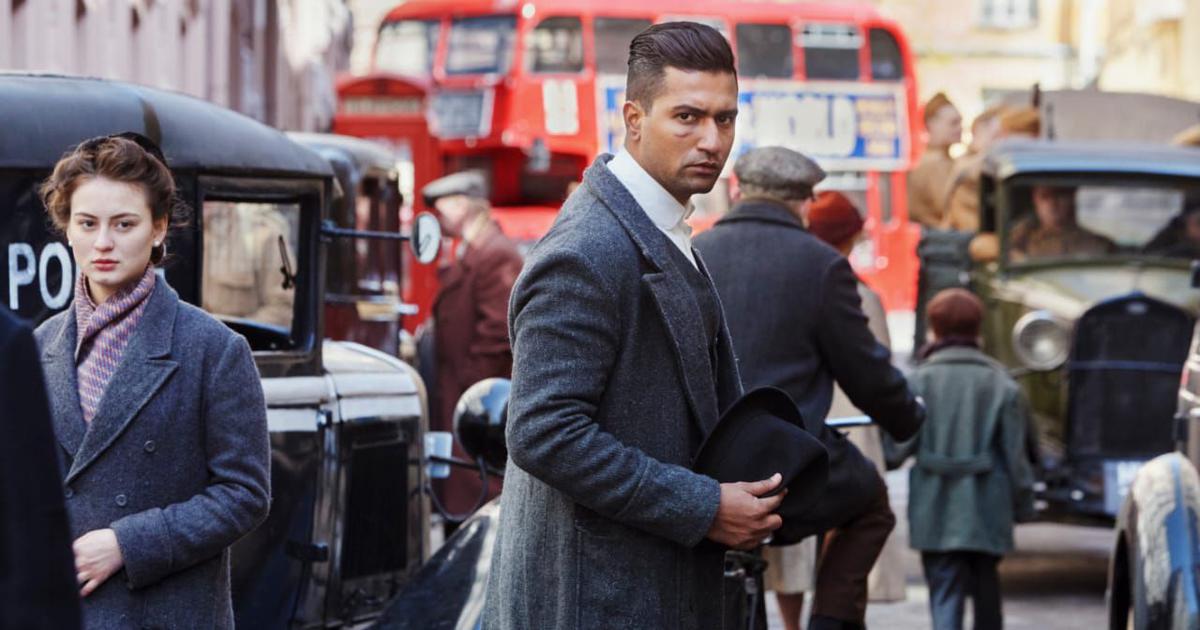 Starring Akshay Kumar and War actress Vaani Kapoor, Bell Bottom is an upcoming Bollywood movie about a spy. The film is scheduled to be released in April 2021. 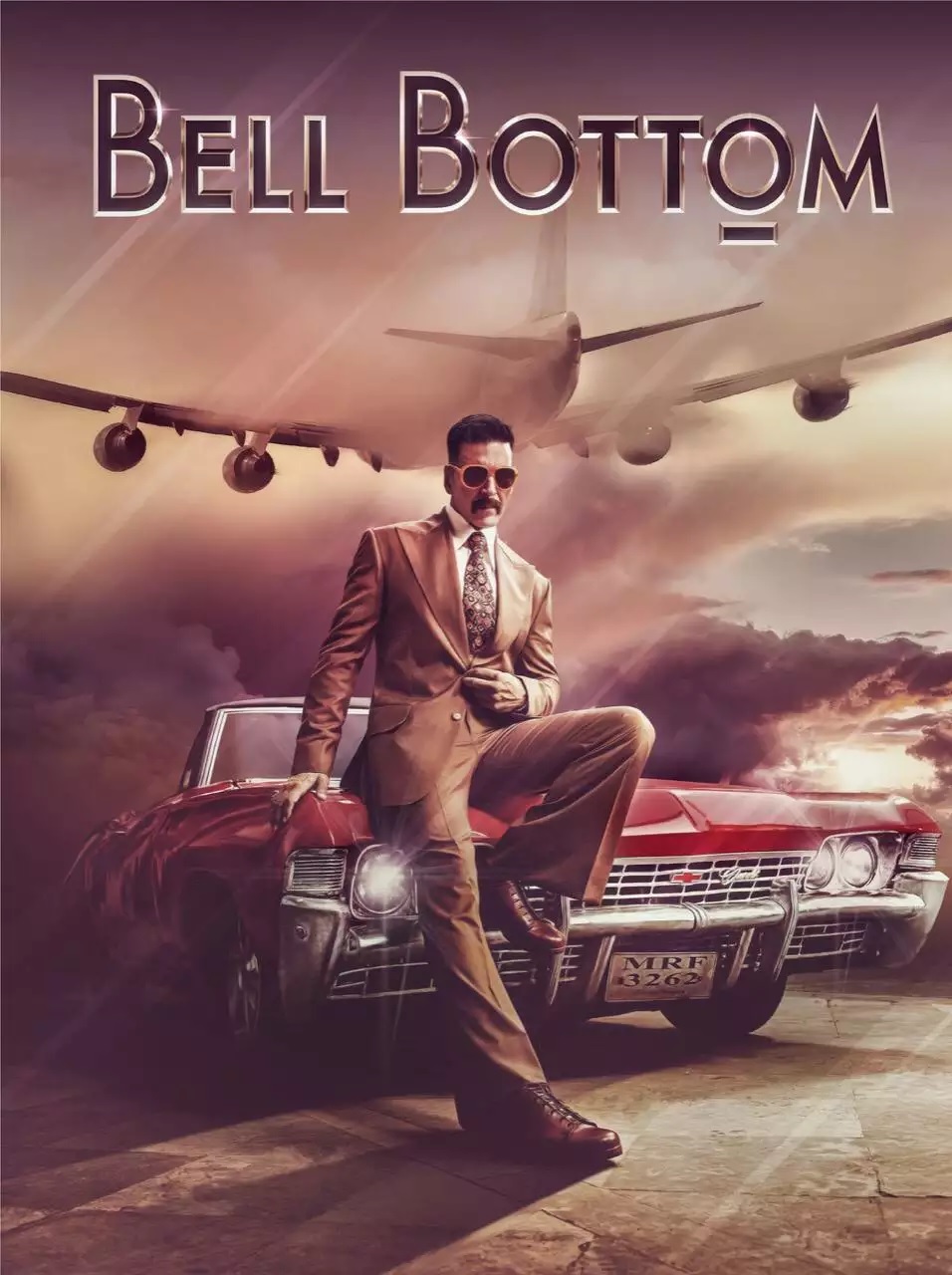 Sara Ali Khan, Akshay Kumar and Dhanush have teamed up in this film slated to come to your screens in 2021. Akshay Kumar has a busy year ahead, it seems, since he has a lot of upcoming movie projects in 2021. 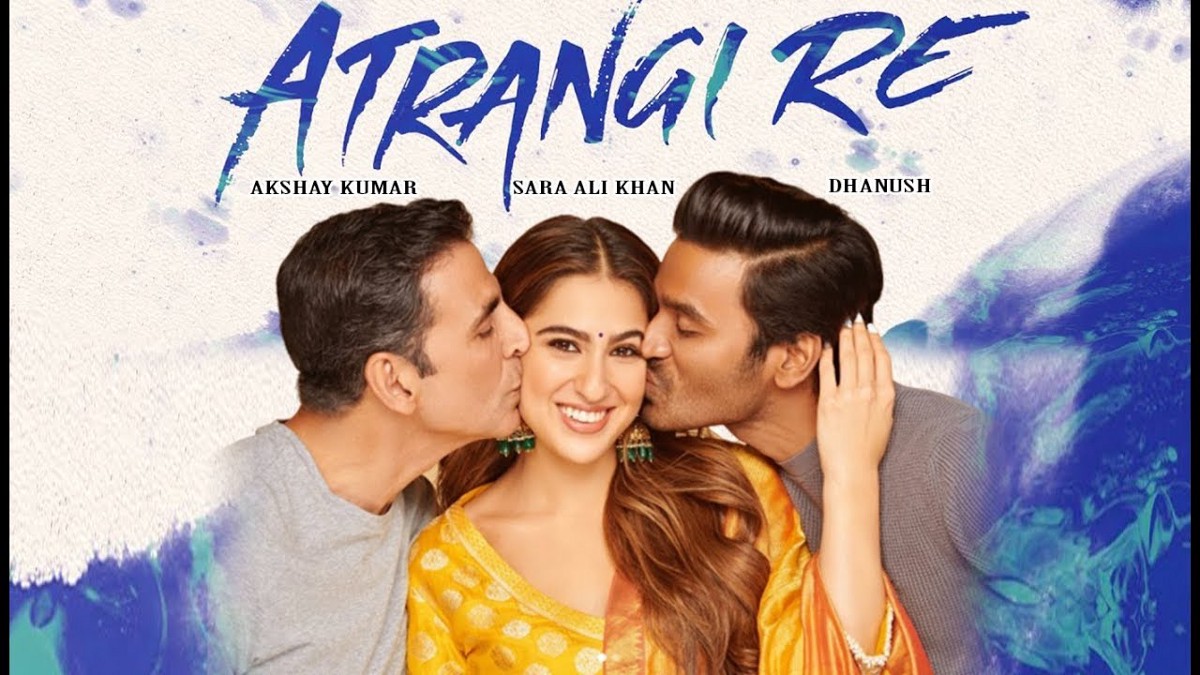 Amit Sharma’s Maidaan is a biopic adapted from the life of Syed Abdul Rahim, the Indian national football team coach and manager. Rahim is often hailed as the one of the most important influences on Indian football. It is supposed to release on 13 August. 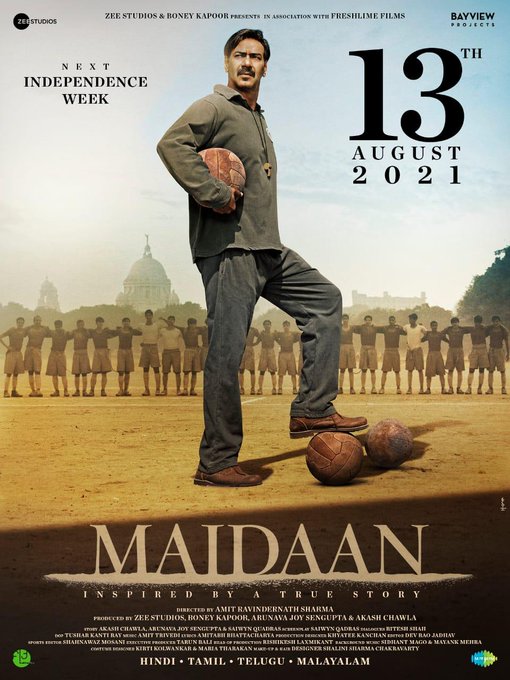 12. Radhe: Your Most Wanted Bhai

Salman bhai fans have a gift from their favourite. The most awaited, upcoming Bollywood movie Radhe: Your Most Wanted Bhai is all set to release in 2021. The film also features Randeep Hooda, Disha Patani and Jackie Shroff in major roles. 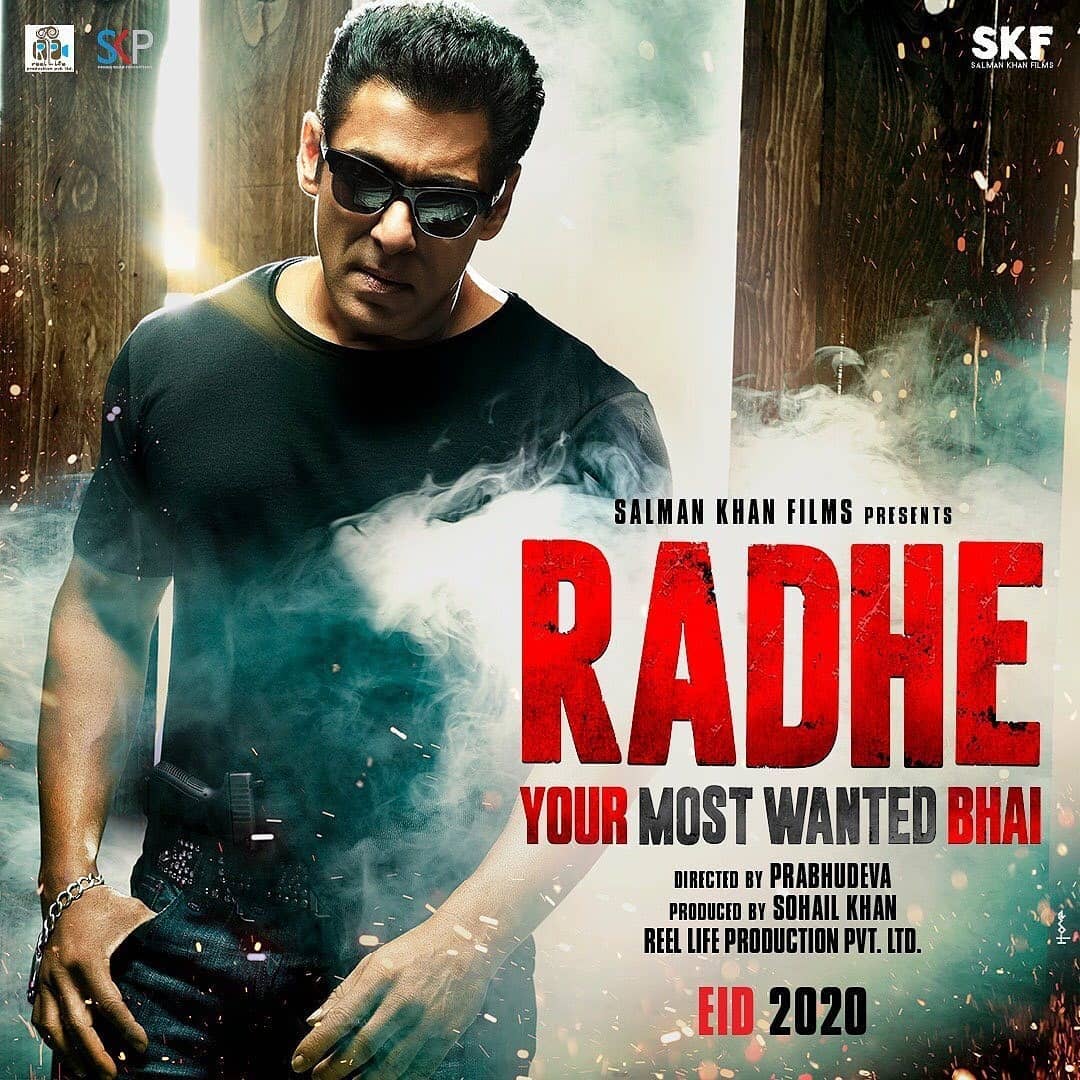 The Bollywood movie adaptation of Tom Hanks’ Forrest Gump has been in the talks for quite some time. Rightly so as the movie features Aamir Khan and was one of the biggest successes of Hollywood. 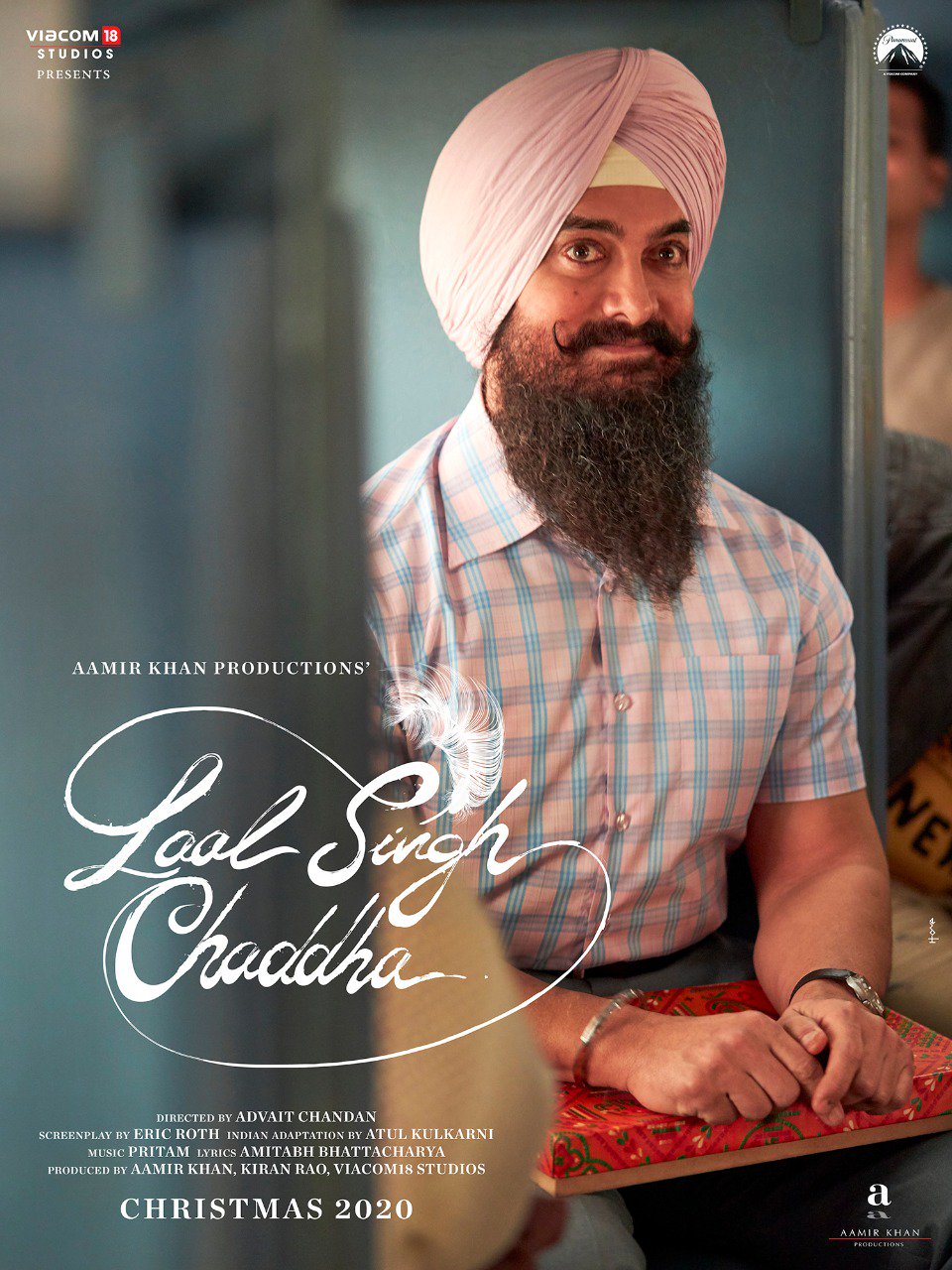 One of the most anticipated Bollywood movies of 2021 is the Ranbir Kapoor – Alia Bhatt starrer Brahmastra, Ayan Mukherjee’s magnum opus. It is slated to be a trilogy and has been delayed for a long time (two years, but who’s counting?). 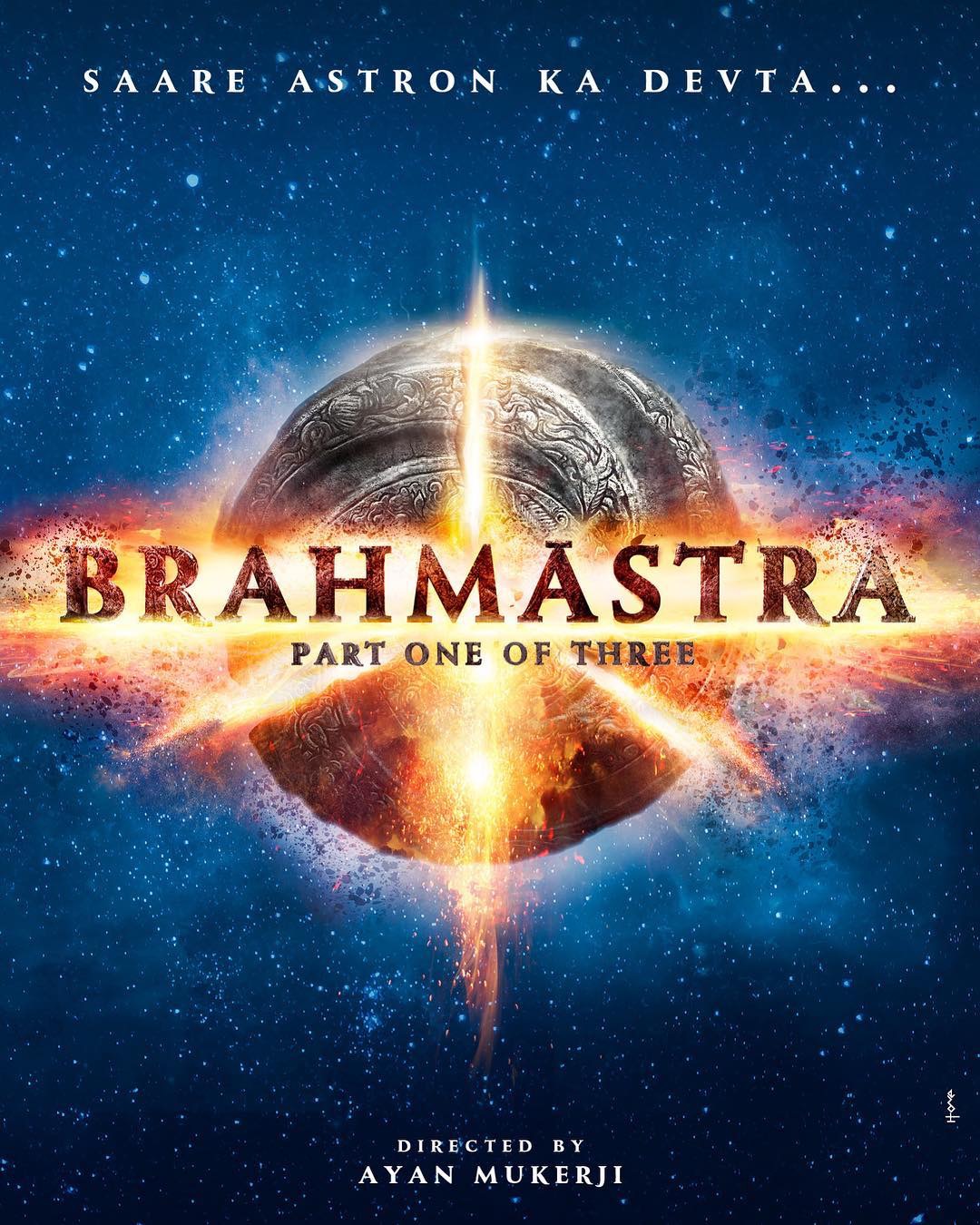 Parineeti Chopra dons the role of the protagonist in this Bollywood movie adaptation of Paula Hawkins’ book of the same name. The book was a bestseller and we can only hope that the film does equally better (don’t kill us, bookworms). 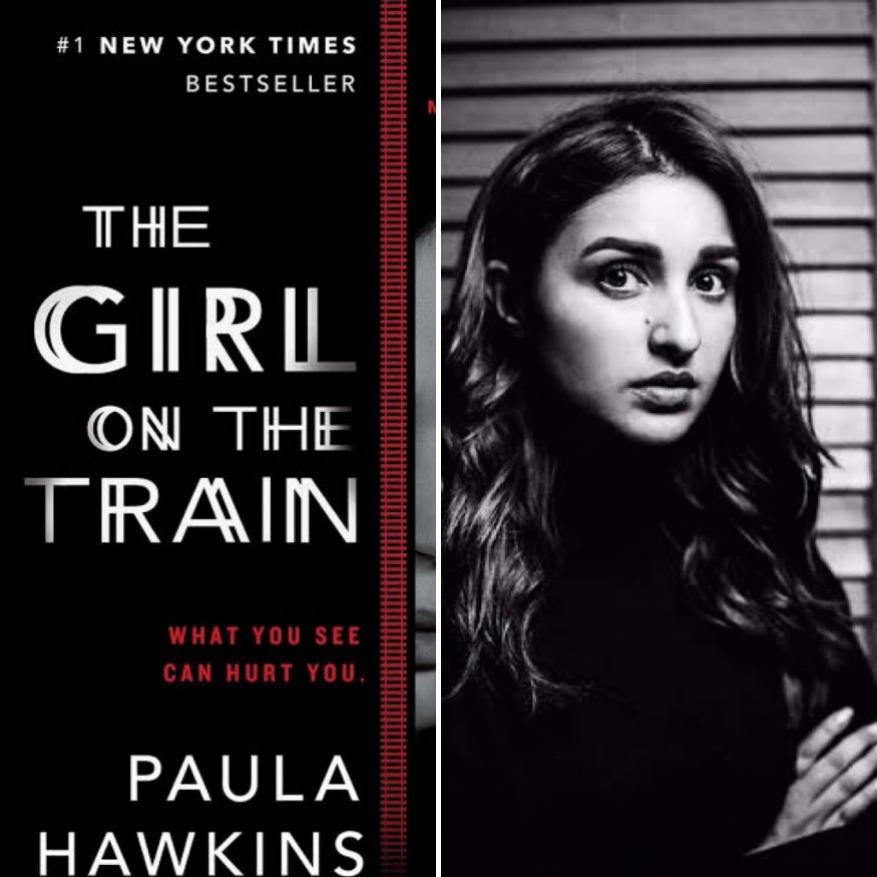 Based on the book The Mafia Queens of Mumbai, penned by Hussain Zaidi, Gangubai Kathiawadi stars Alia Bhatt in a never before seen avatar. She plays the role of Gangubai Kathiawadi, a prostitute who was allegedly involved with Mumbai’s underworld. 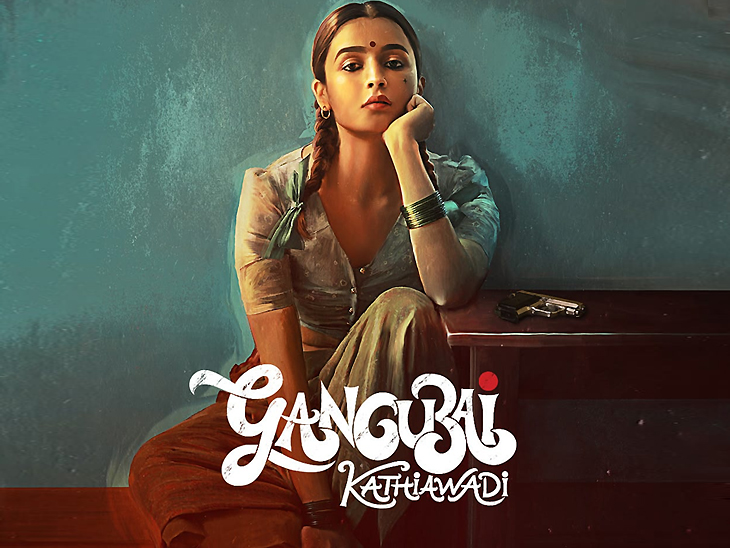 Bhuj is an action packed drama starring Ajay Devgn and directed by Abhishek Dudhaiya. It is based on the 1971 war between India and Pakistan and stars an ensemble cast with Sanjay Dutt and Sonakshi Sinha joining in on the drama. 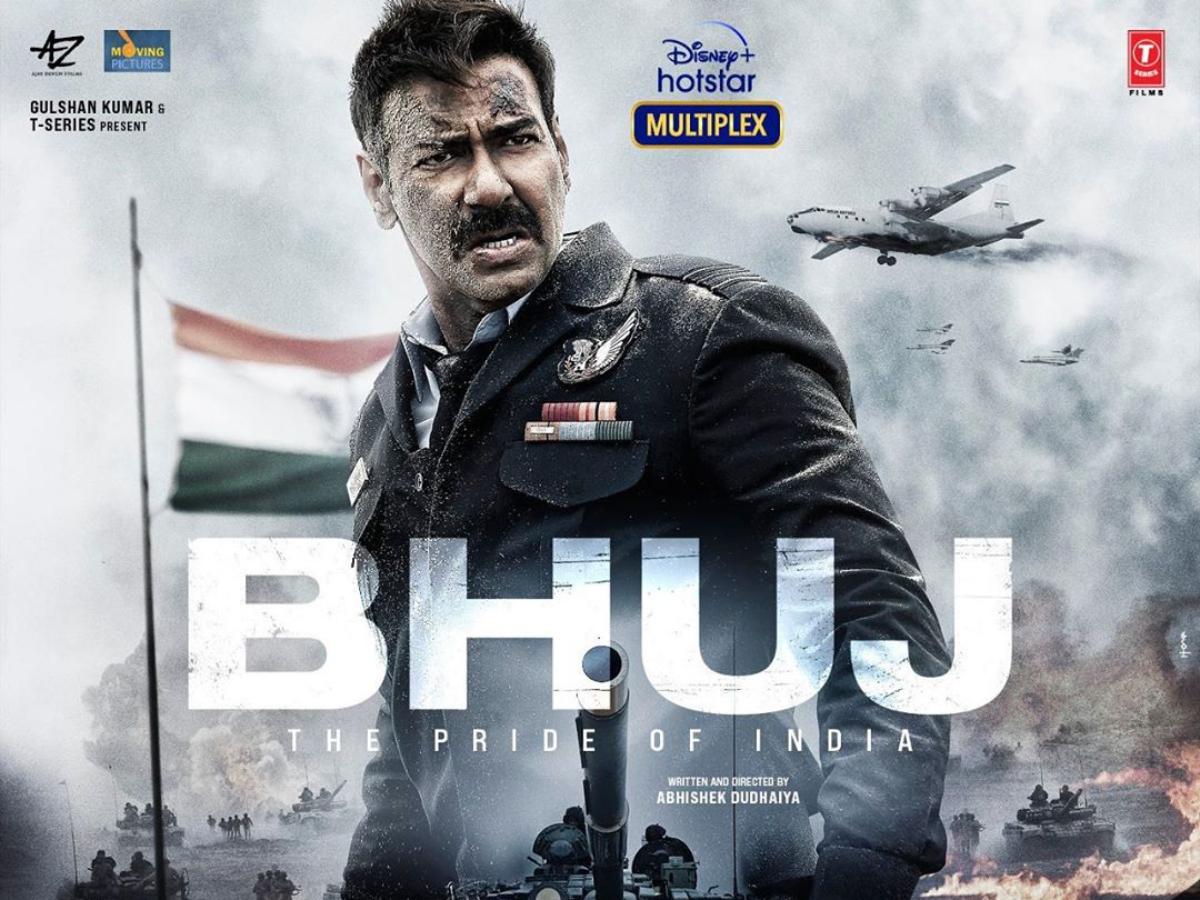 After Kabir Singh massive reception, Shahid Kapoor has now collaborated on another Telugu film with Gowtam Tinnanuri.  Shahid dons the get up of cricketer in Jersey. The movie also stars Super 30 and Love Sonia fame Mrunal Thakur along with Kapoor and is slated to release this year. 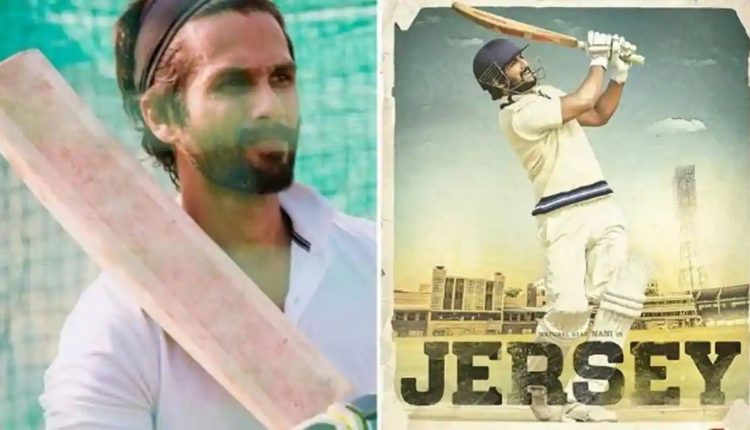 Shahrukh Khan returns to the big screens with John Abraham and Deepika Padukone in this Yash Chopra production. Pathan is slated to release sometime in 2021 and fans are excited to see Padukone and Khan reunite after Happy New Year. 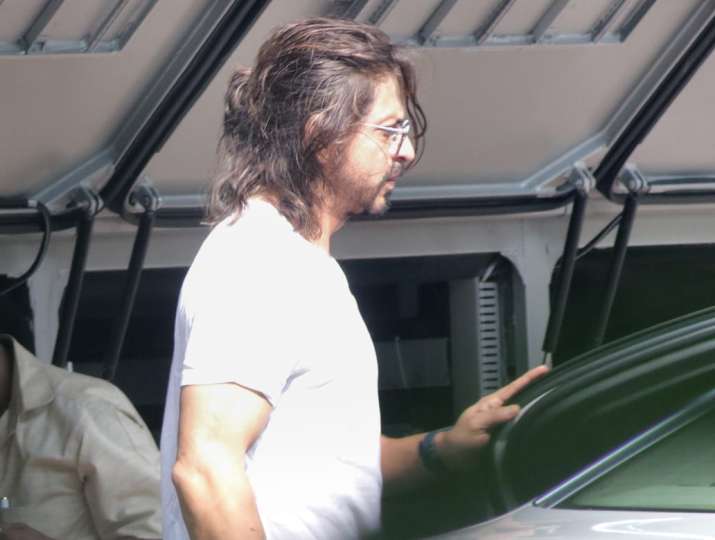 Vicky Kaushal’s Manekshaw chronicles the Indo-Pak war of 1971 and tells the story of Sam Manekshaw – the first officer in the Indian Army who went on to become a field marshal. Kaushal reunites with Meghna Gulzar for Manekshaw, three years after Raazi. 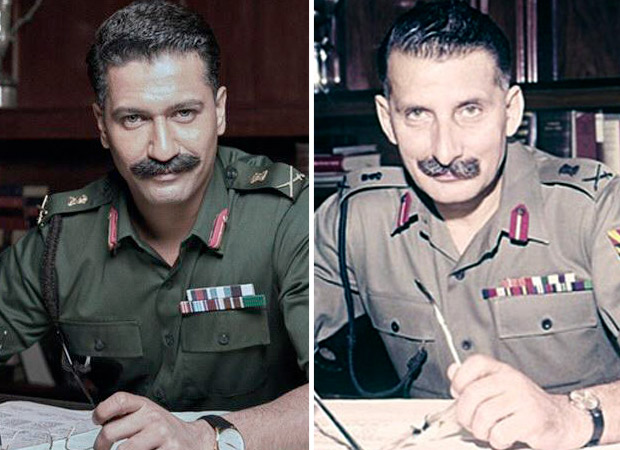 The year 2021 is comparatively sparse due to uncertainty, yet there is hope that these movies shall fare better. With cinema halls opening up, Bollywood movie fanatics have a chance to relive the experience of a pre Coronavirus world (social distancing stays even now!).

Which of these Bollywood movies releasing in 2021 are you most excited for? Let us know in the comments below!

An incurable tea addict. Can be found with her nose buried in the book or daydreaming endlessly of days that have never been. Occasionally watches films and acts pretentious about it. Studies Literature and pseudo intellectualism at DU.

25 Hollywood Biopics We Want You to See Right Away