1. The only thing that you can say when you are uncomfortable and out of words. 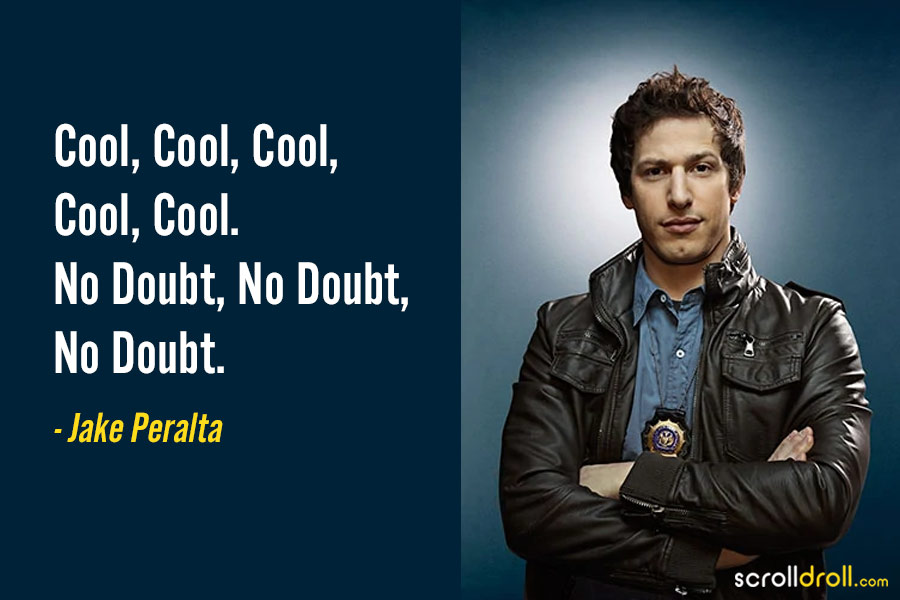 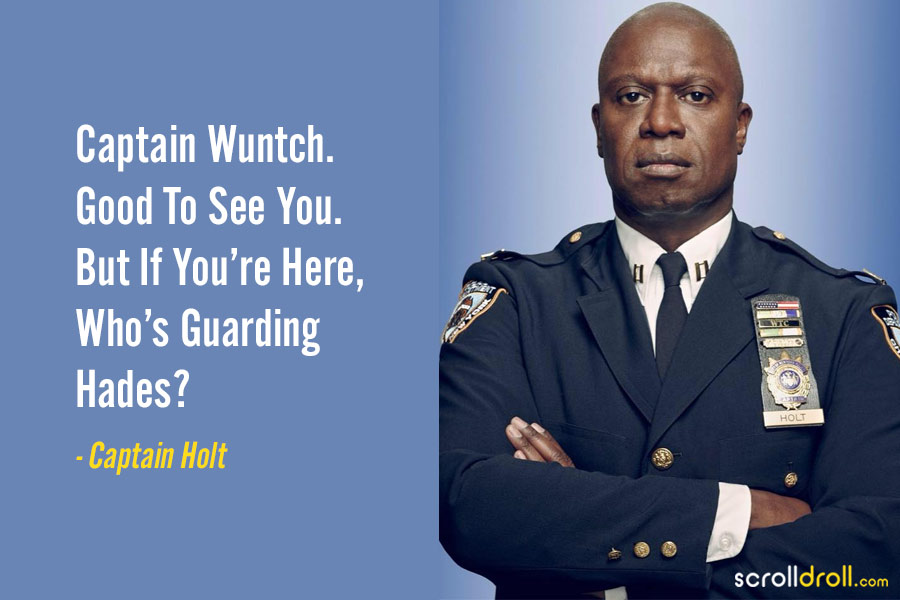 3. I believe in Gina supremacy.

“The English Language Can Not Fully Capture The Depth And Complexity Of My Thoughts, So I’m Incorporating Emojis Into My Speech To Better Express Myself. Winky Face.” – Gina Linetti 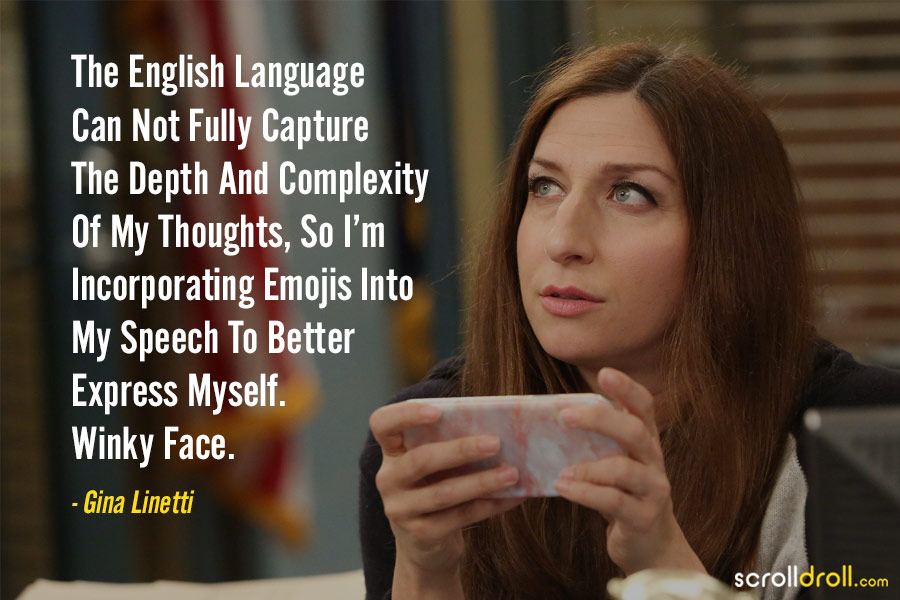 4. I want to be as narcissistic and savage as Gina in my life. Period.

“Okay, No Hard Feelings, But I Hate You. Not Joking. Bye.” -Gina Linetti 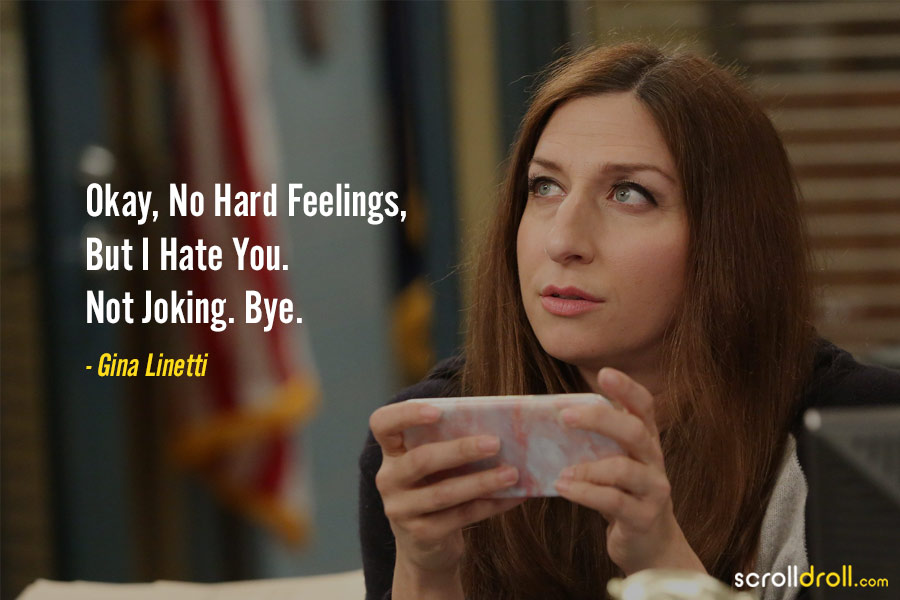 “Sarge, With All Due Respect, I Am Gonna Completely Ignore Everything You Just Said.” -Jake Peralta 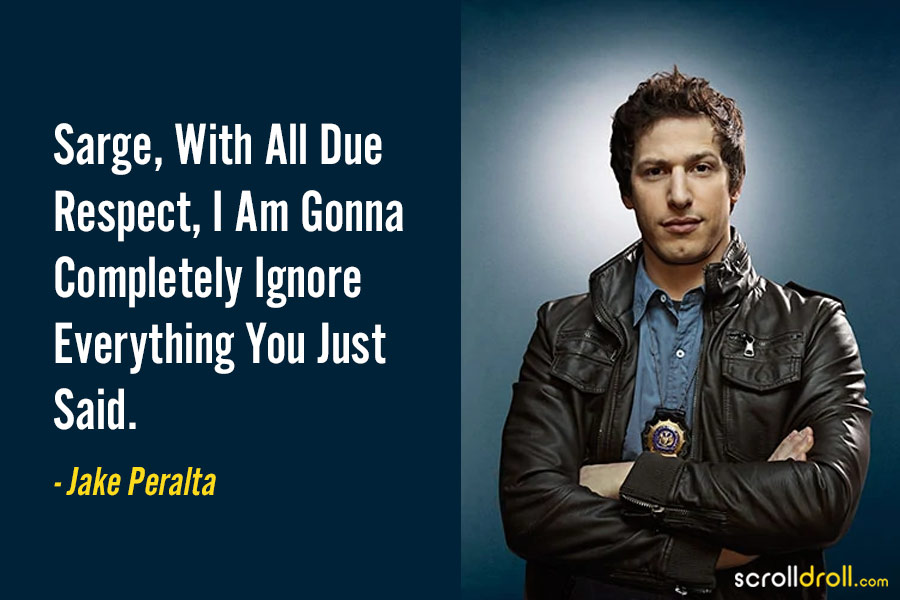 6. Boyle might be one of the most under-confident characters ever, but he is a sweetheart!

“Jake, A Piece Of Advice: Just Give Up. It’s The Boyle Way. It’s Why Our Family Crest Is A White Flag.” – Charles Boyle 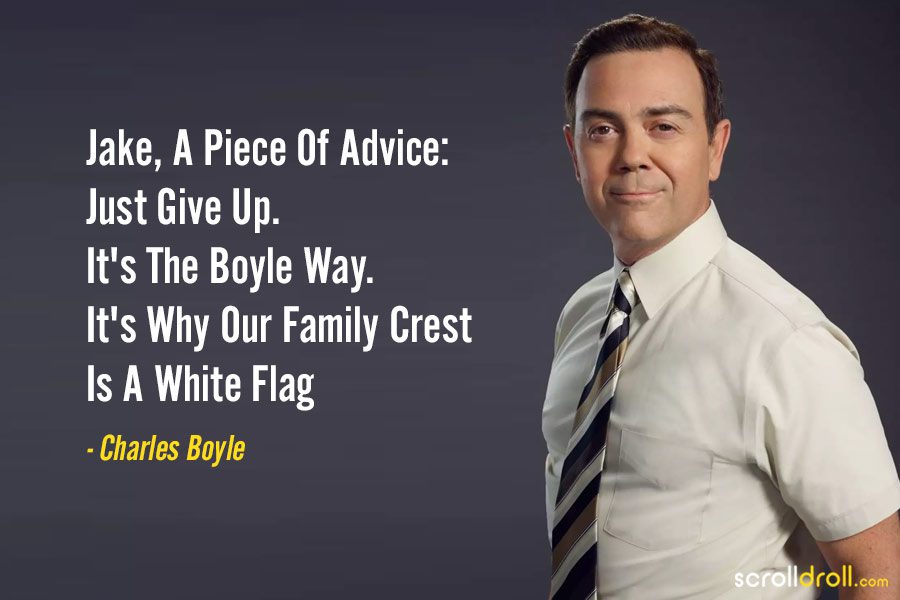 7. Life goals: have a personality like Gina, you’ll be happier.

“Jake, Why Don’t You Just Do The Right Thing And Jump Out Of A Window? Captain Holt Will Never Fire Me If He Knows I’m Mourning The Death Of A Close Friend.” -Gina Linetti 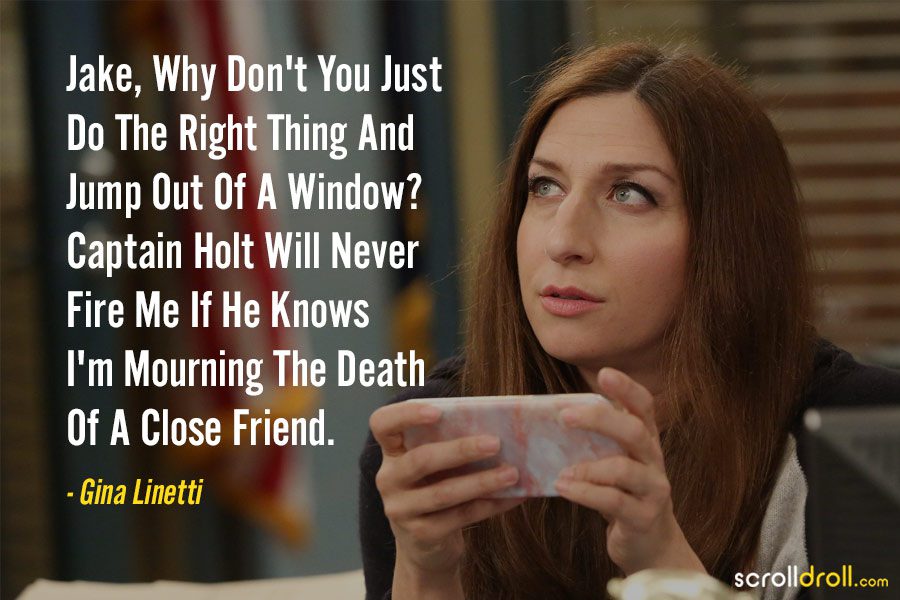 8. The blind-love of Boyle for Jake is incomprehensible.

“I Don’t Want To Hang Out With Some Stupid Baby Who’s Never Met Jake.” – Charles Boyle 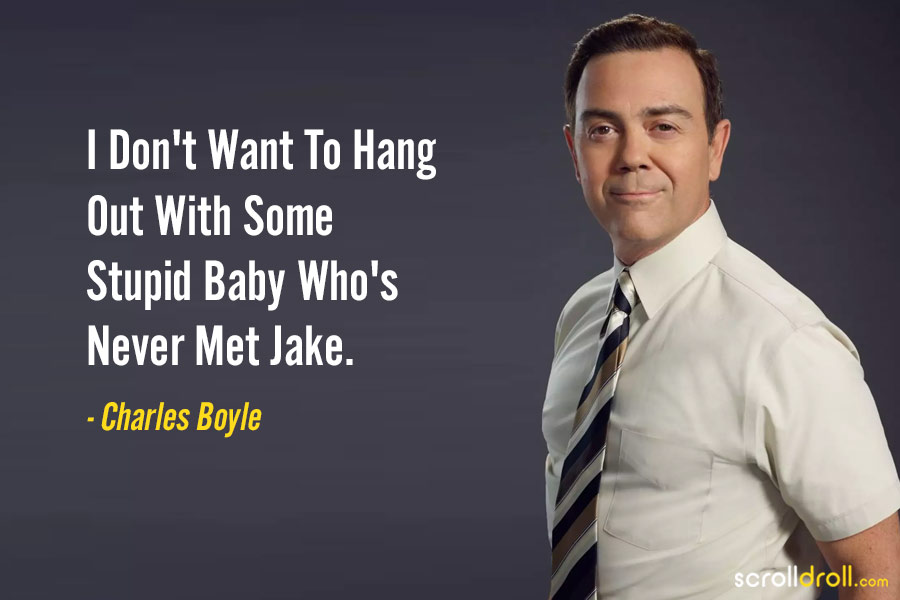 9. Procrastination is an art and Scully is the master!

“Hello, unsolved case. Do you bring me joy? No, because you’re boring and you’re too hard. See ya.” -Norm Scully 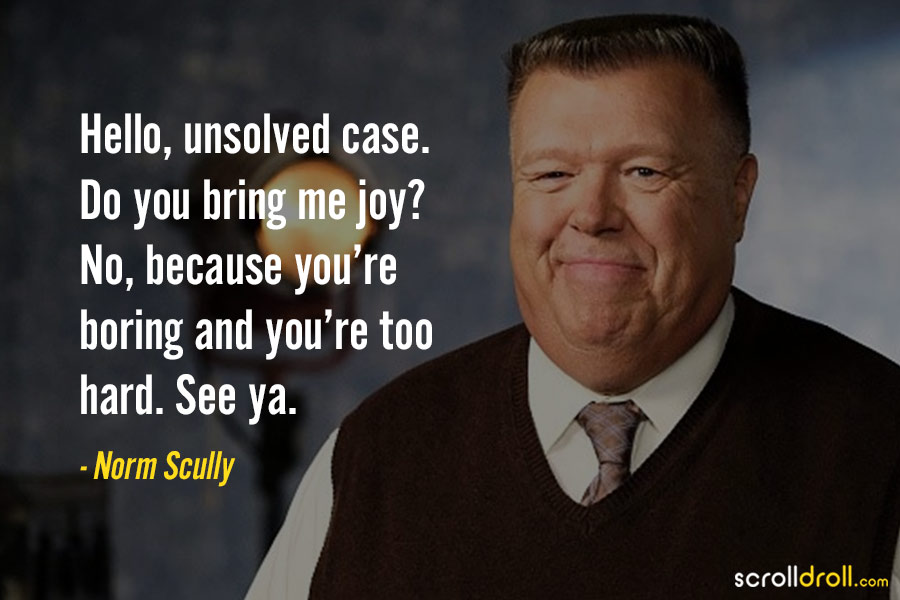 10. The joke is on you, Fire Marshall Boone.

“Detective Peralta, your fly is down. I made you look.” – Fire Marshall Boone
“I didn’t look. And I’m wearing shorts; there is no fly.” -Jake Peralta 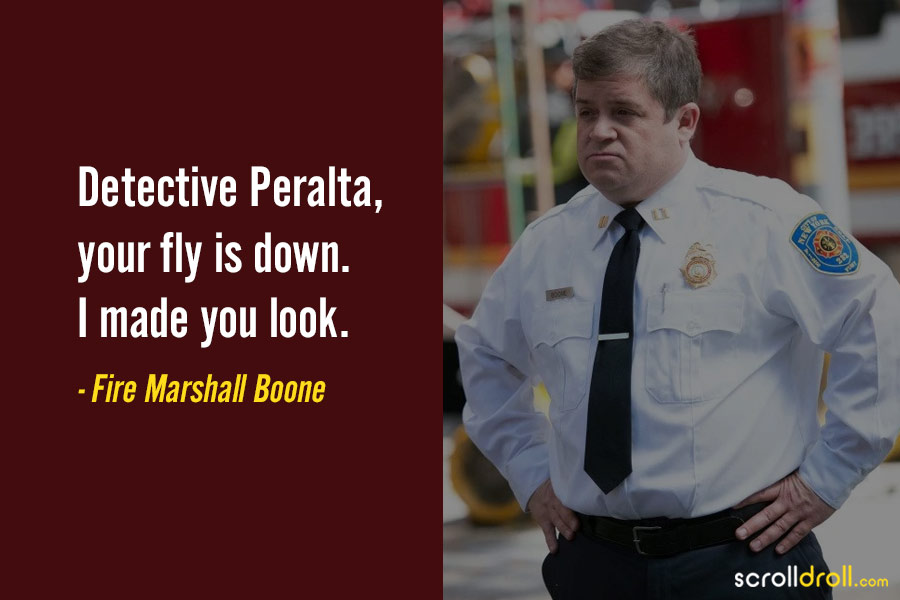 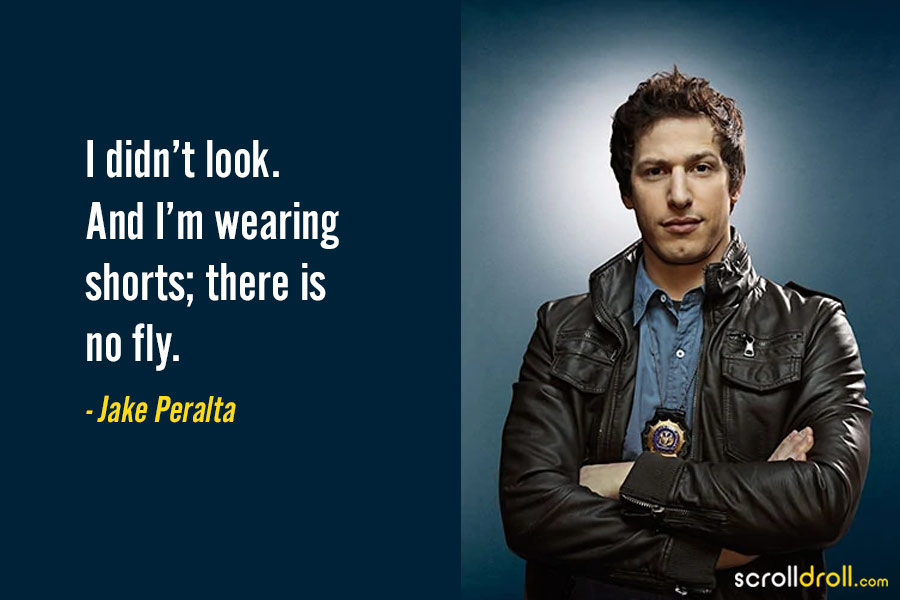 11. Okay, so this one needs some context. Here, there you go. And yes, this is the only way to sing this song. 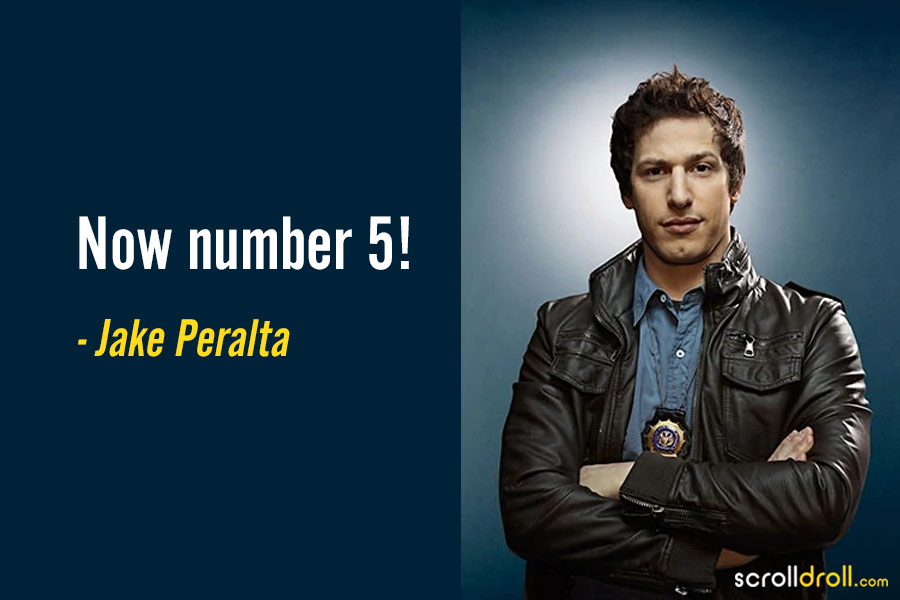 12. Presenting to you, our very own Jake Antony!

“I appealed to their sense of teamwork and camaraderie with a rousing speech that would put Shakespeare to shame.” -Jake Peralta 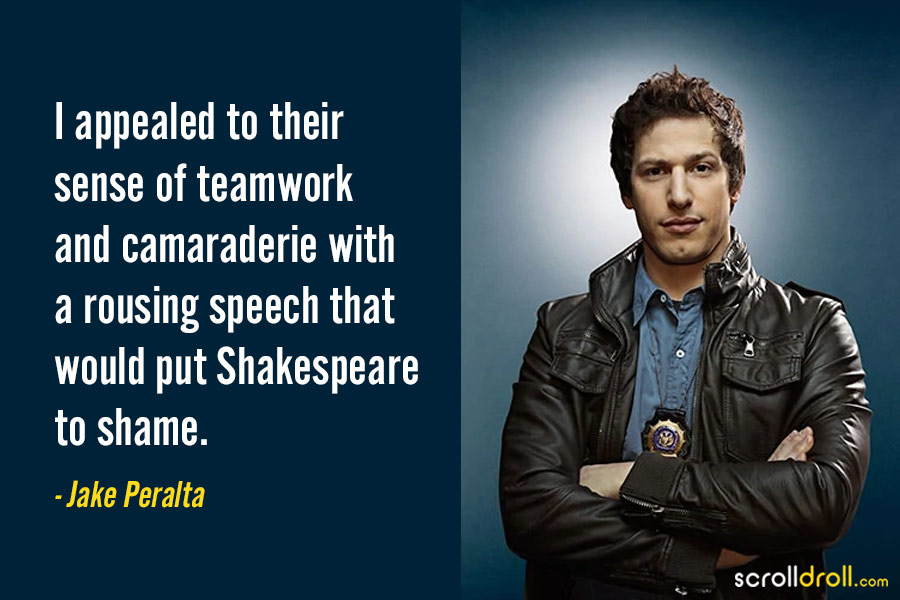 13. Need the kind of optimism that Seargent Jeffords has in life. ASAP.

“I’m playing Kwazy Cupcakes, I’m hydrated as hell, and I’m listening to Sheryl Crow. I’ve got my own party going on.” – Terry Jeffords 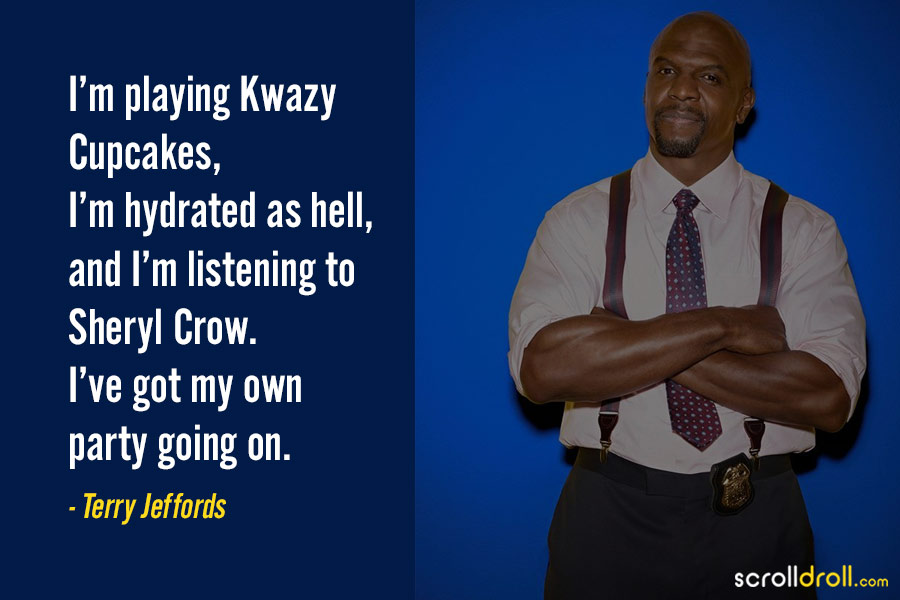 14. Behind that tough exterior, Diaz is an adorable softie.

“I’ve Only Had Arlo For A Day And A Half, But If Anything Happened To Him I’d Kill Everyone In This Room And Then Myself.” -Rosa Diaz 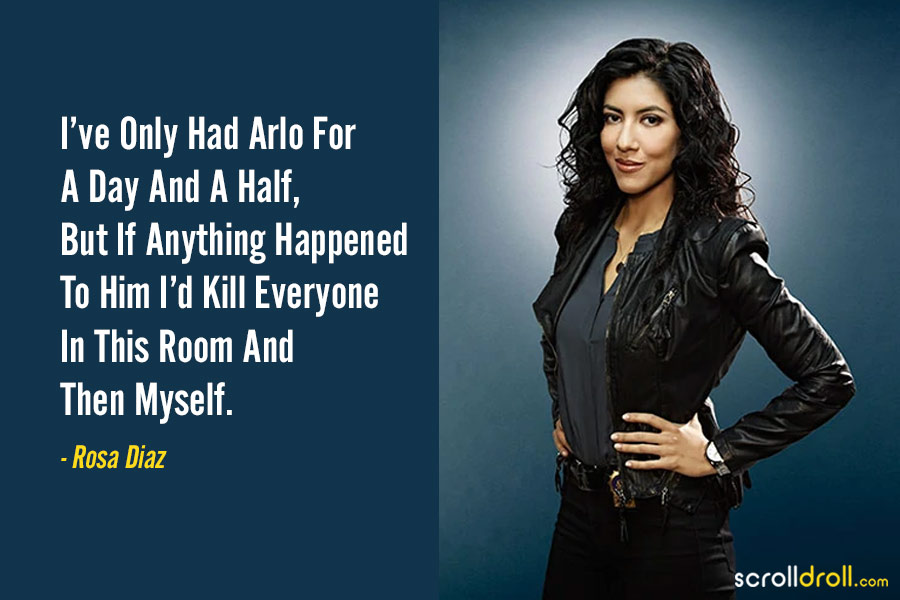 15. That’s Captain Holt for you, and mind you, he’s not being sarcastic.

“Apparently My Husband Kevin Has Invited You All To My Party. There’s Very Little Street Parking. No Gifts. No Singing Of Happy Birthday. It Should Be Fun.” –Raymond Holt 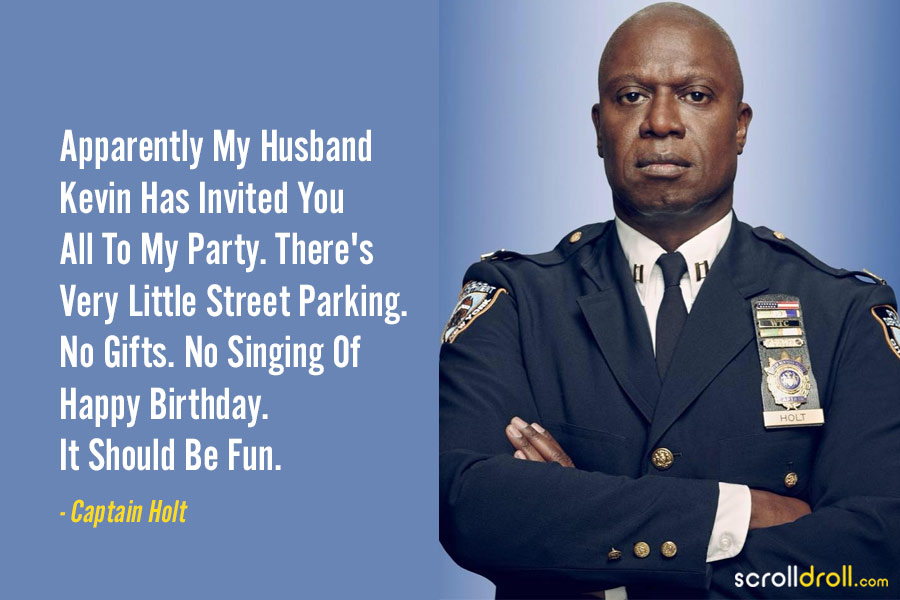 Hot Damn! So, these were some of the most rollicking quotes from the famous sitcom Brooklyn Nine-Nine. Which of your favourite hilarious Brooklyn Nine-Nine quotes did we miss out on? Do let us know in the comments section.