Chadwick Boseman, (born on November 29, 1976) was an American actor and playwright best known for his performance as T’Challa/Black Panther in the breakthrough film Black Panther (2018). He studied Bachelor of Fine Arts in directing from Howard University in Washington, D.C. in 2000 while working in an African-American bookstore. He was best known for his portrayals of real-life historical figures, such as Jackie Robinson in 42 (2013), James Brown in getting on Up (2014), and Thurgood Marshall in Marshall (2017), as well as his portrayal of the superhero Black Panther in the Marvel Cinematic Universe films, most notably in Black Panther (2018), for which he won an NAACP Image Award and a Screen Actors Guild Award, Captain America: Civil War (2016), Avengers: Infinity War (2018), and Avengers: Endgame (2018). (2019).

In Ma Rainey’s Black Bottom (2020), based on August Wilson’s play, Boseman gave a stunning performance as the complex, wounded, and skilled musician Levee, for which he received a posthumous Academy Award nomination. It was his last performance. On August 28, 2020, Boseman died of colon cancer, and it was discovered that he had been diagnosed with the condition in 2016. Here are the most Inspiring Chadwick Boseman quotes:

Also Read:20 Best Quotes By Benjamin Franklin To Motivate You

Sometimes you need to get knocked down to understand what your fight is. 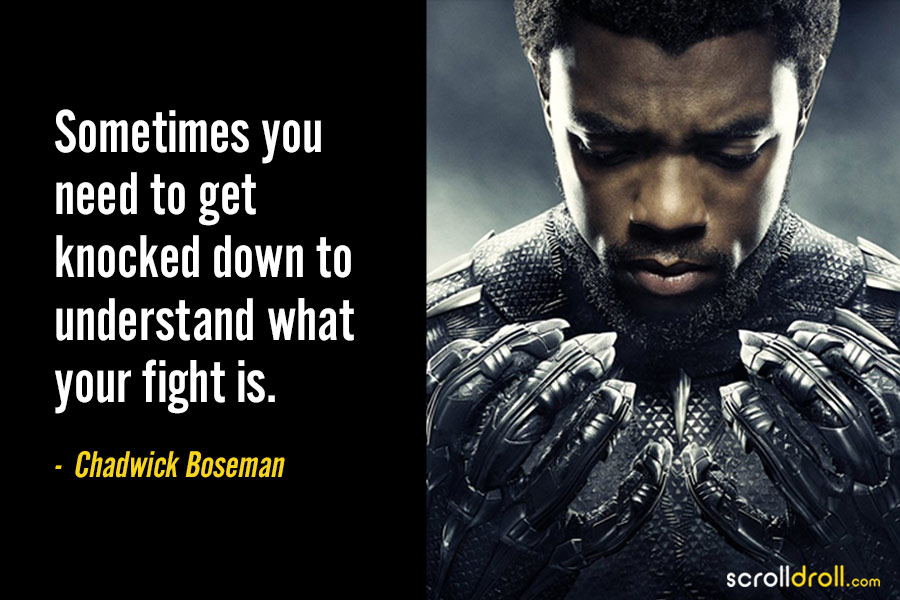 You might have one thing in your head, but the things you’re doing don’t really lead down the right road, necessarily. When you’re young, you don’t want to hear that. You think you can do everything, be all things. 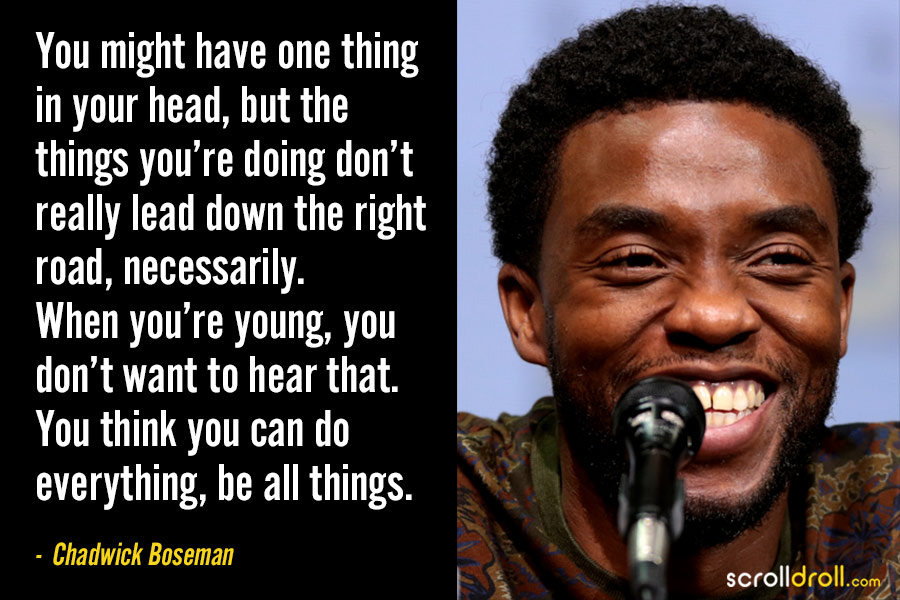 The number one rule of acting is, ‘do not seek approval from the audience’. People don’t realize that. You can’t do stuff to get applause. You have to live in the truth. 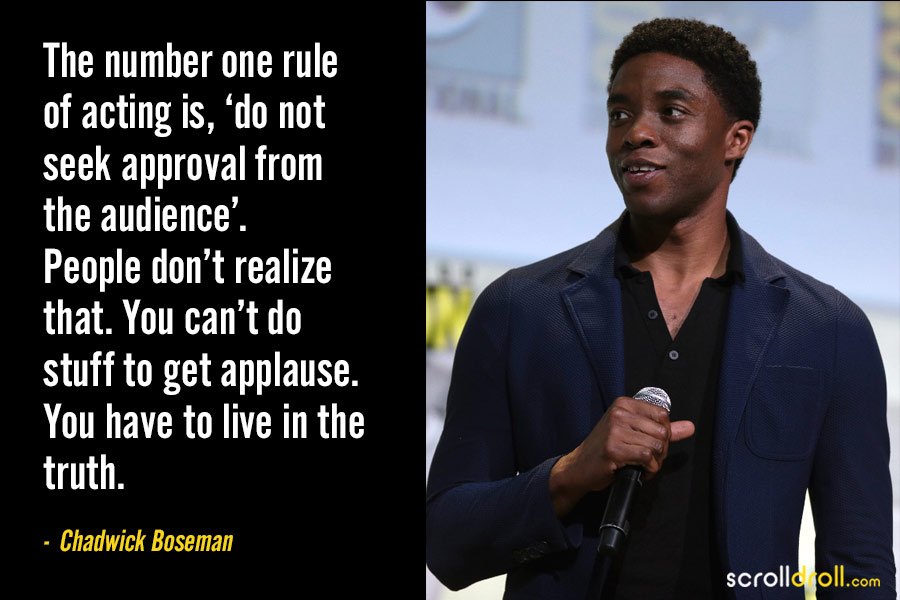 When you pray for something, it can actually happen and that is powerful. 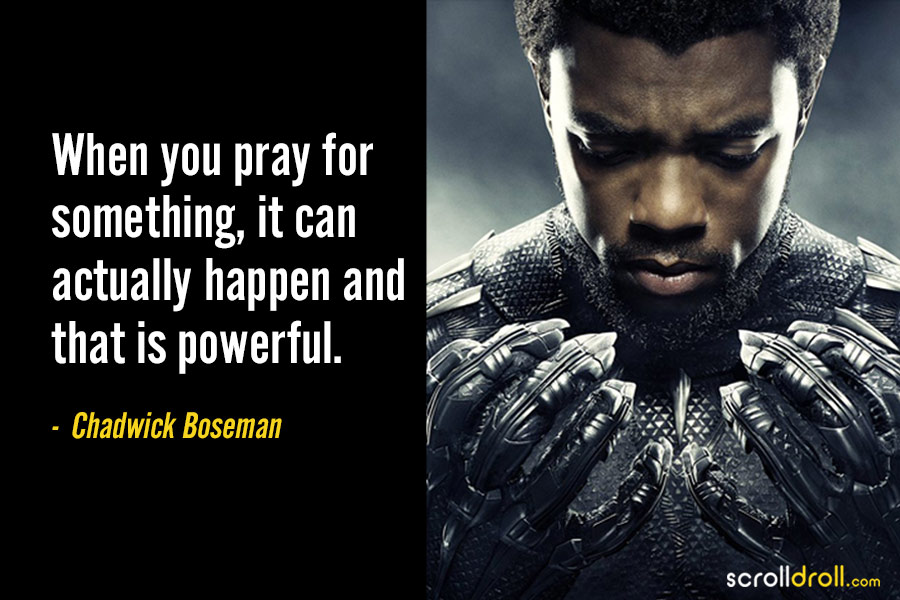 Your very existence is wrapped up in the things you need to fulfill. 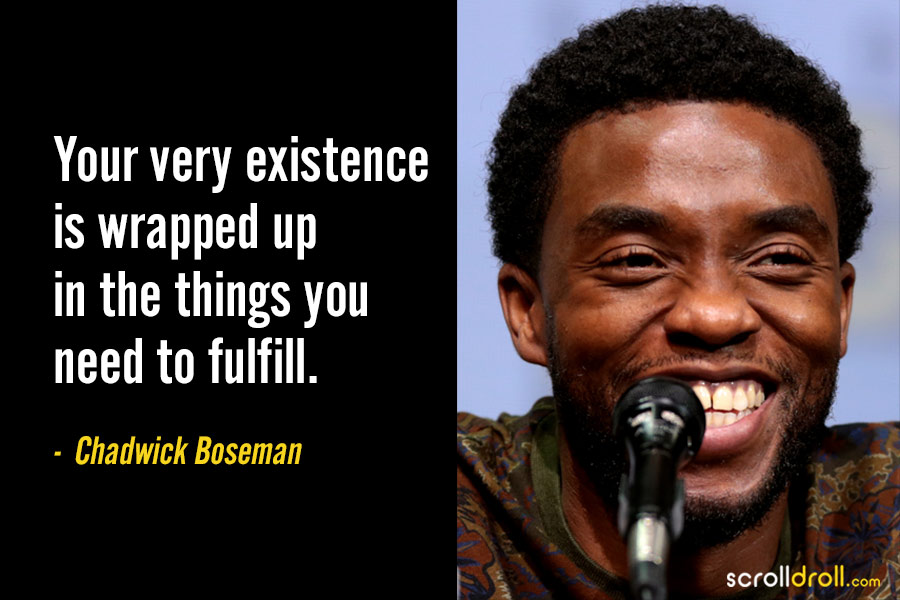 6. All of life is about our choices.

In times of crisis, the wise build bridges while the foolish build barriers. 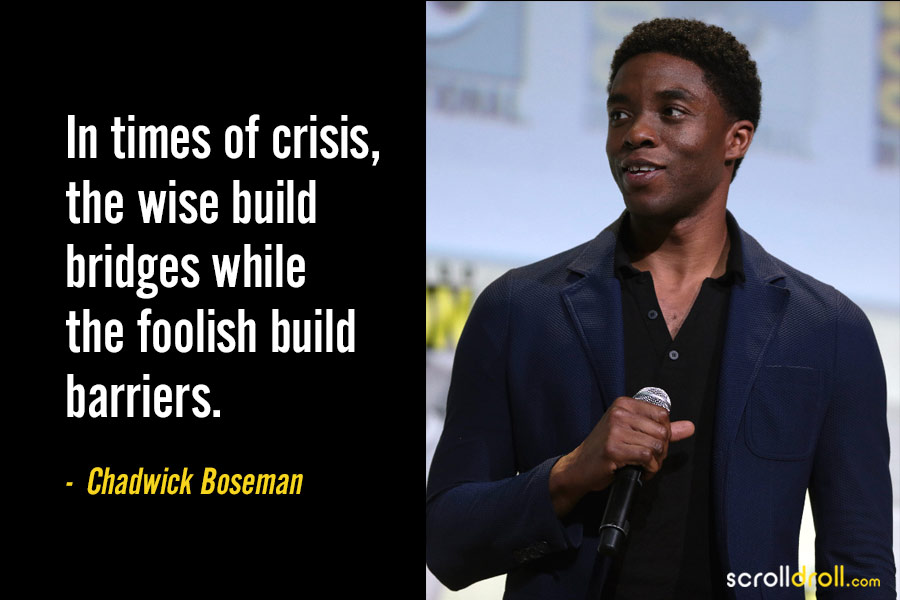 7. Showing every aspect of life

You’re not free unless you can show the good and the bad, all sides of them. So to me, when I play a character, it’s important that I can show every aspect of them. 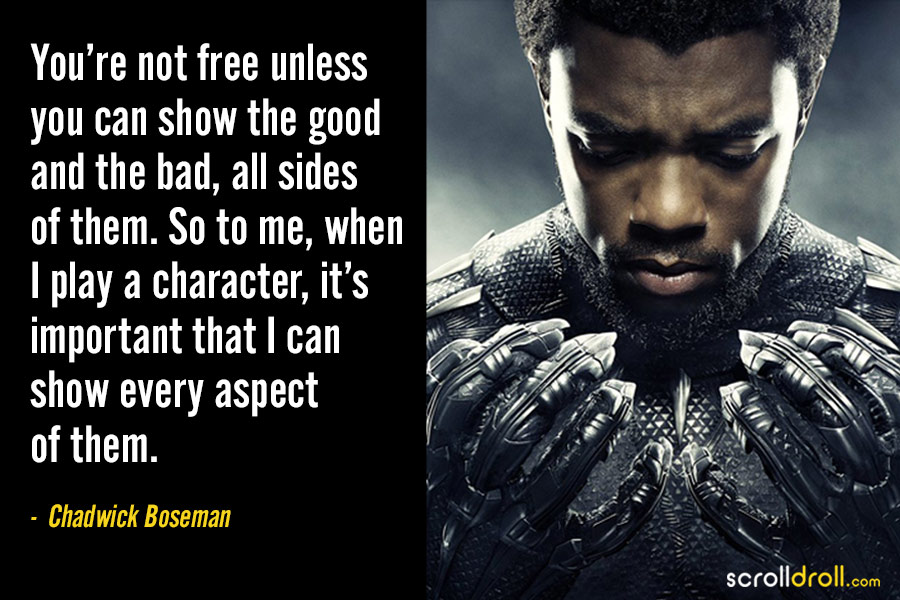 Guys are natural problem solvers – they like to have strategies. 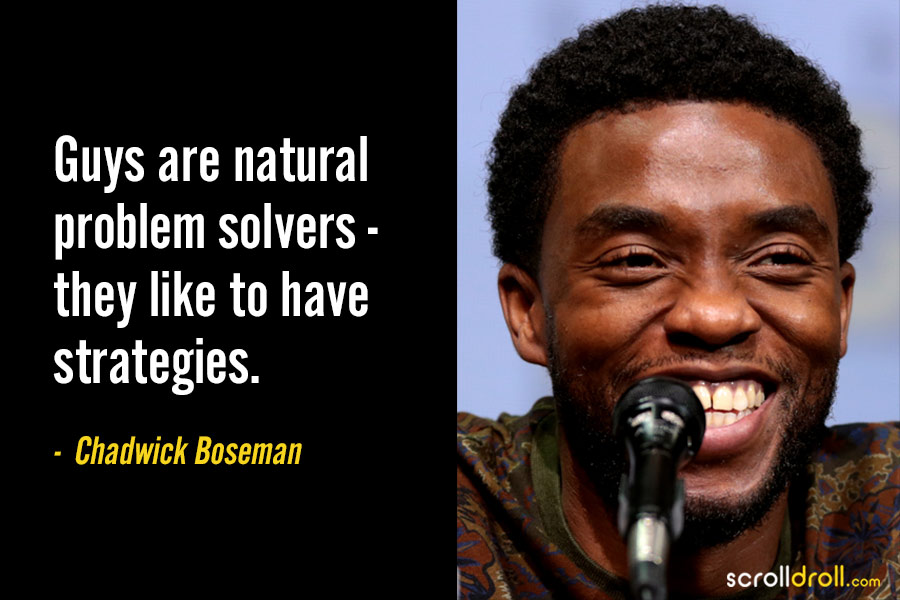 9. The struggle is a part of success.

“The struggles along the way are only meant to shape you for your purpose.” 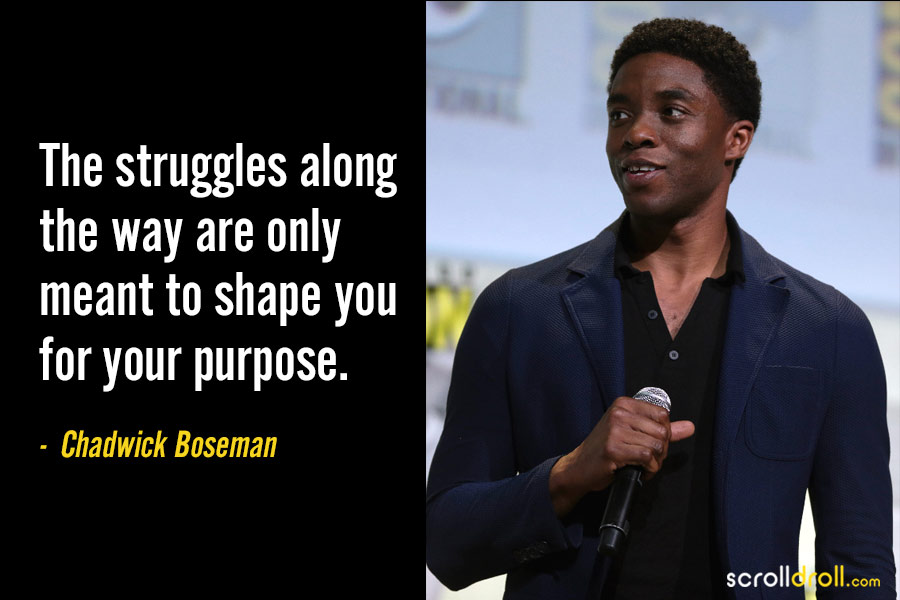 “The best advice about getting older? Just be thankful you’re not dead.” 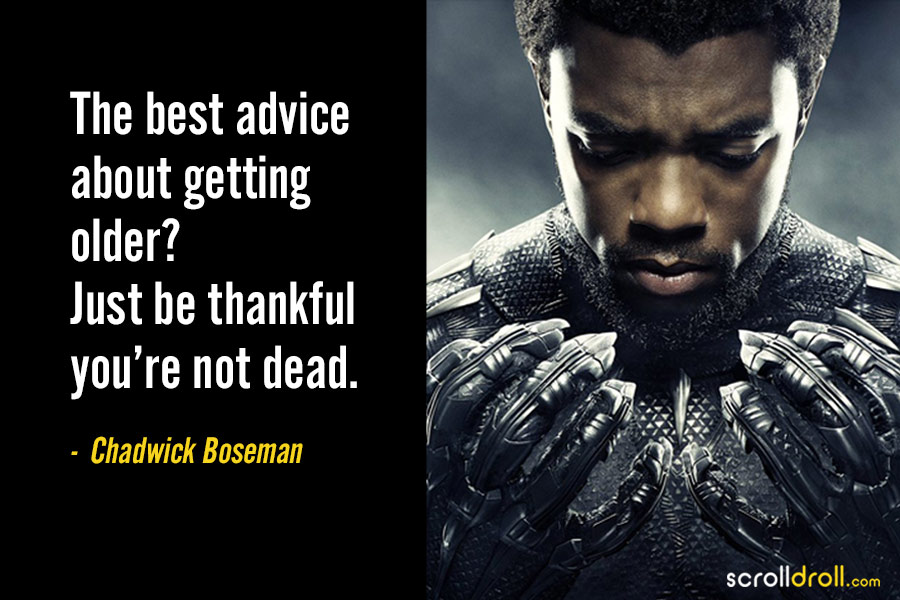 11. Seeking motivation from the competition

Actors can have a fair amount of hate for each other, so when another actor says, ‘You did your thing,’ or ‘That was inspiring,’ you can’t really ask for more than that. 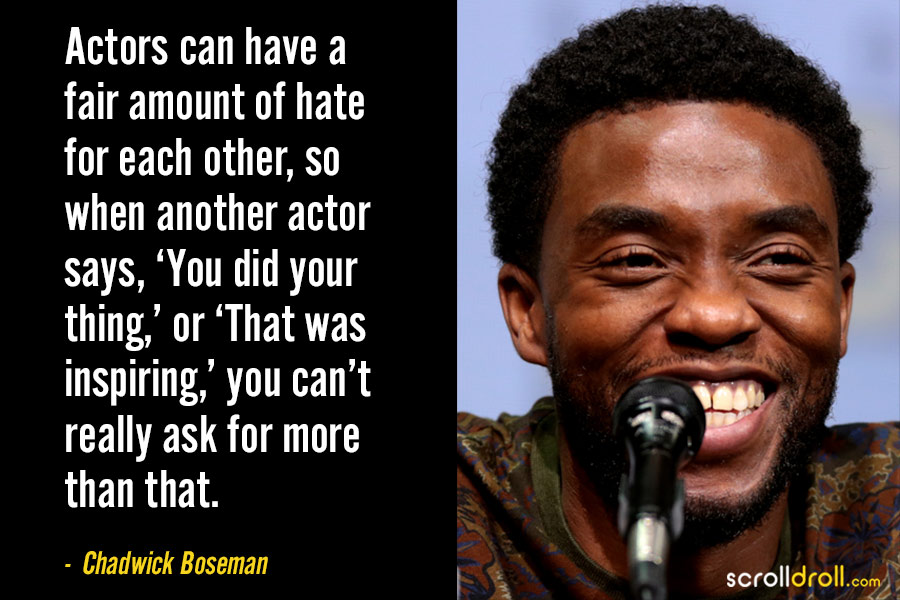 The only difference between a hero and the villain is that the villain chooses to use that power in a way that is selfish and hurts other people. 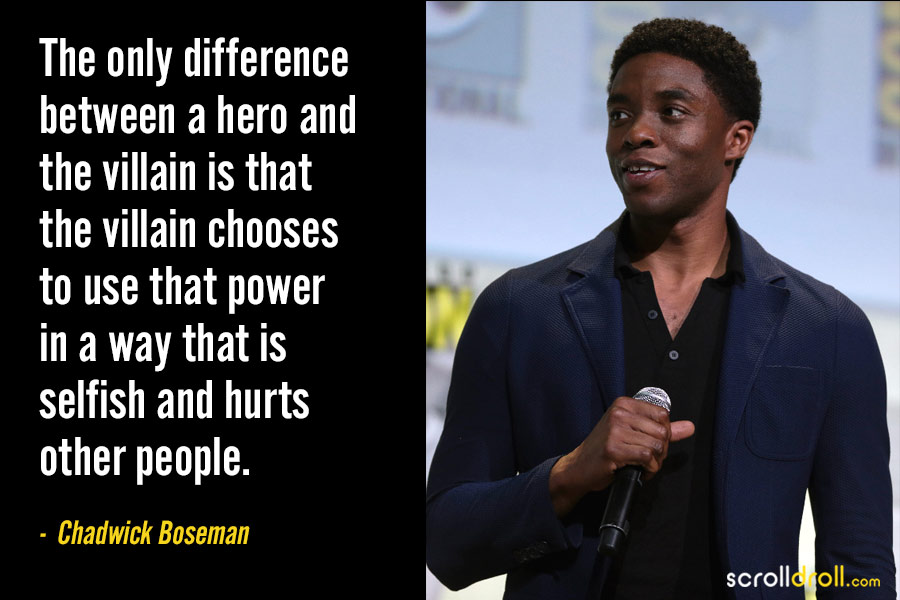 I don’t have a smart house. My house is very dumb. 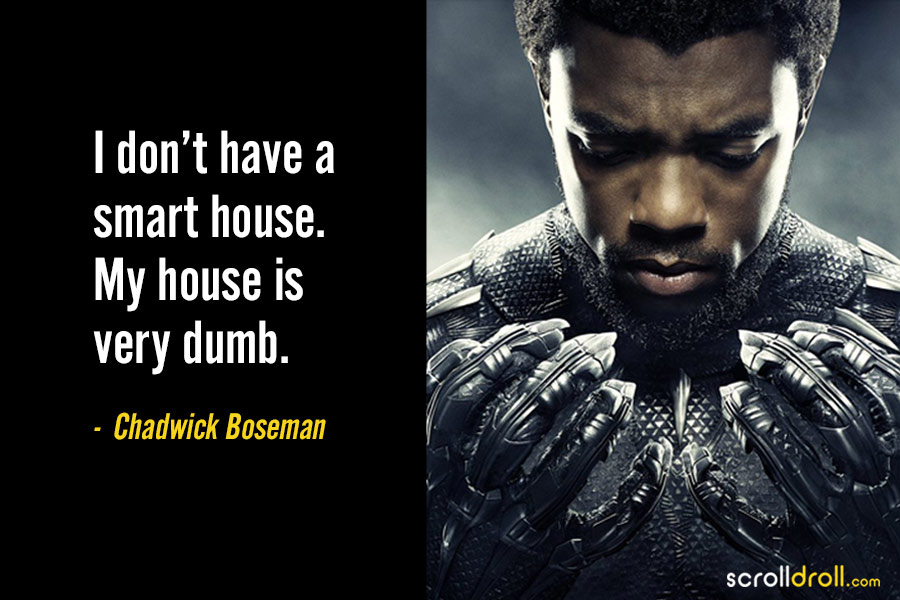 14. One of my favourite Chadwick Boseman Quotes.

People don’t want to experience change; they just want to wake up, and it’s different. 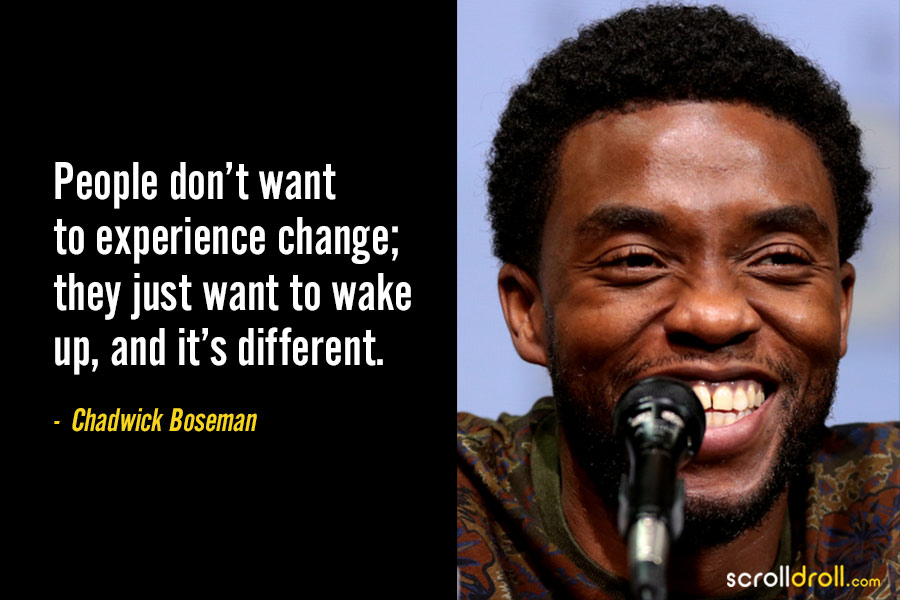 15. No matter how difficult things get, always enjoy the process

“You have to cherish things in a different way when you know the clock is ticking, you are under pressure.” 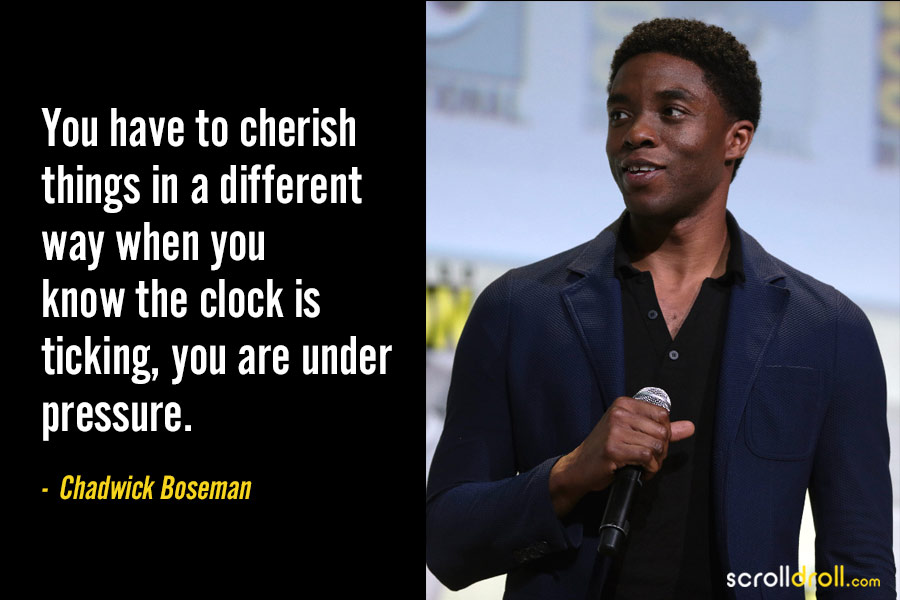 16. A society without judgment is all we want

“One of the first things I was taught as an actor was, ‘Don’t judge the character.” 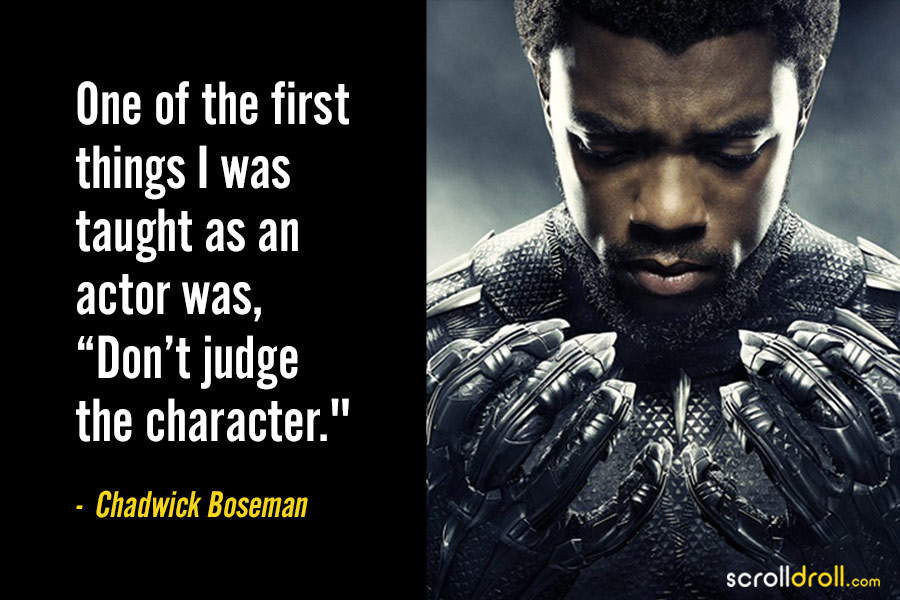 17. Passion for work is a key to success

“I’m an artist. Artists don’t need permission to work. Regardless of whether I’m acting or not, I write. I write when I’m tired in fact because I believe the surface of your most pure thoughts.” 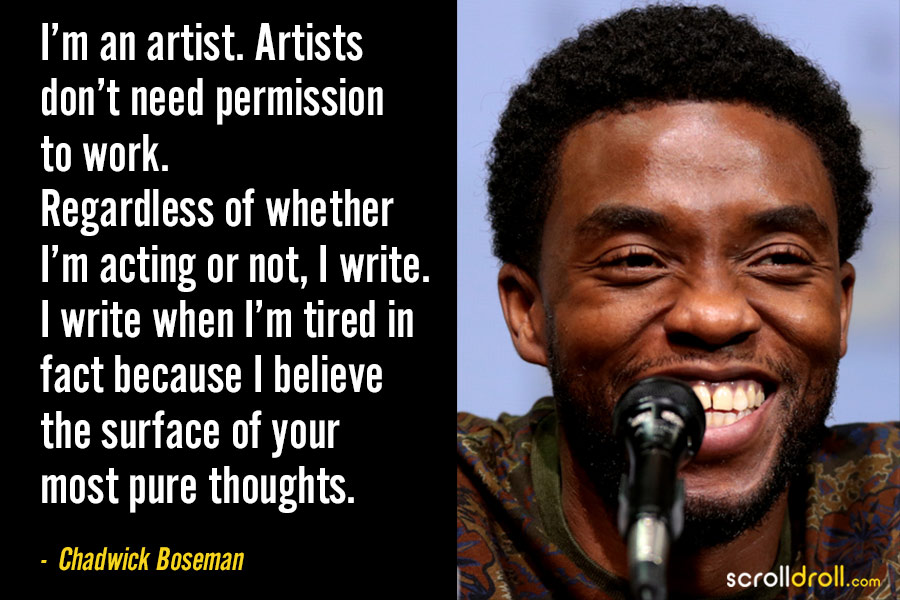 18. People who you love are the real strength.

“I think you realize how much you need to have people that you love. It’s not as much about them loving you – it’s about you needing to love people.” 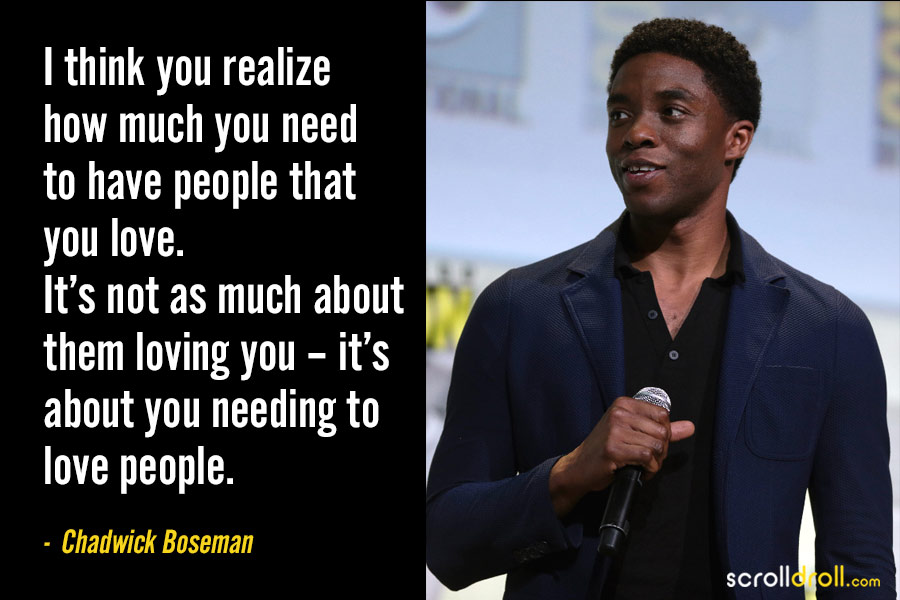 19. Know yourself first and everything will fall in place. 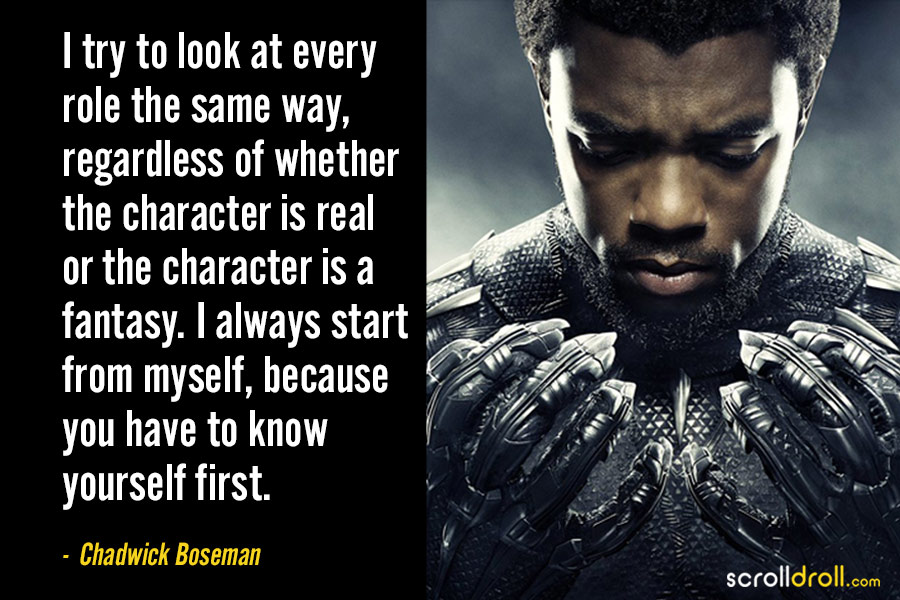 “When I stand before God at the end of my life, I would hope that I would not have a single bit of talent left, and could say, ‘I used everything You gave me’.” 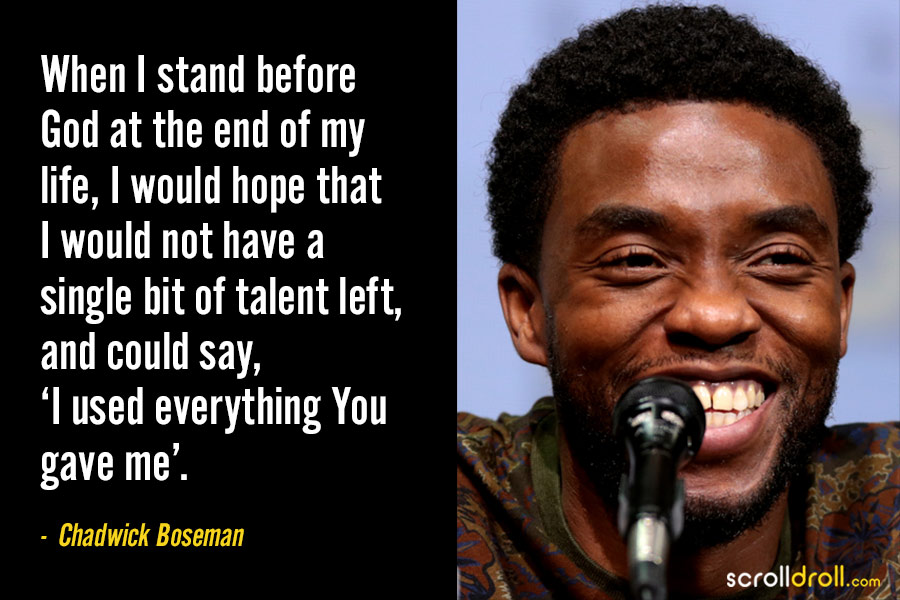 These were the most inspiring Chadwick Boseman quotes. Which one of them do you like the most? Tell us in the comment section.

20 Best Quotes By Benjamin Franklin To Motivate You