We love watching movies, don’t we? Or else why the Indian film industry would be releasing close to 700 films a year! So far, 2018 has been really exciting with Bollywood film releases. After a prolonged controversy, we saw the spectacular success of Padmavat at the year beginning and then we were treated with Sonu Ke Titu ki Sweety.
While Dhadak, was heavily criticized for being a poor remake of the original Marathi film- Sairat, Raazi made our jaws drop with an applaudable storyline. The drama packed Sanju instantly garnered praises countrywide and didn’t leave a dry eye. Much awaited Veere Di Wedding missed the mark and audiences were left disappointed but Gold, the sports drama film on the other hand, delivered great performances.
We have listed below upcoming Bollywood movies to watch out for and we assure you that they are set to blow your mind away! 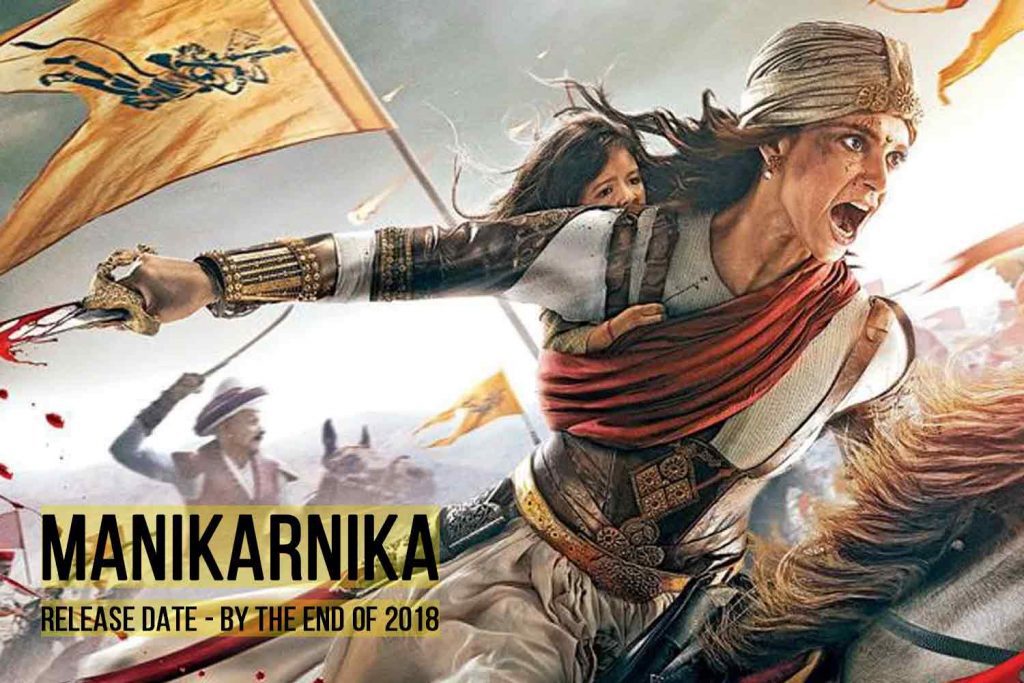 This is an epic biographical film based on the life of Rani Laxmibai of Jhansi and who better to play the titular role than B-town’s favourite rebel Kangana Ranaut. This is the first time Kangana will be donning a historical character. The film casts Sonu Sood, Atul Kulkarni, Suresh Oberoi and Ankita Lokhande (Pavitra Rishta fame). Ever since the first look of the movie has been revealed, it has set eyeballs rolling!

2. The Yash Raj comedy-drama we can’t wait for! 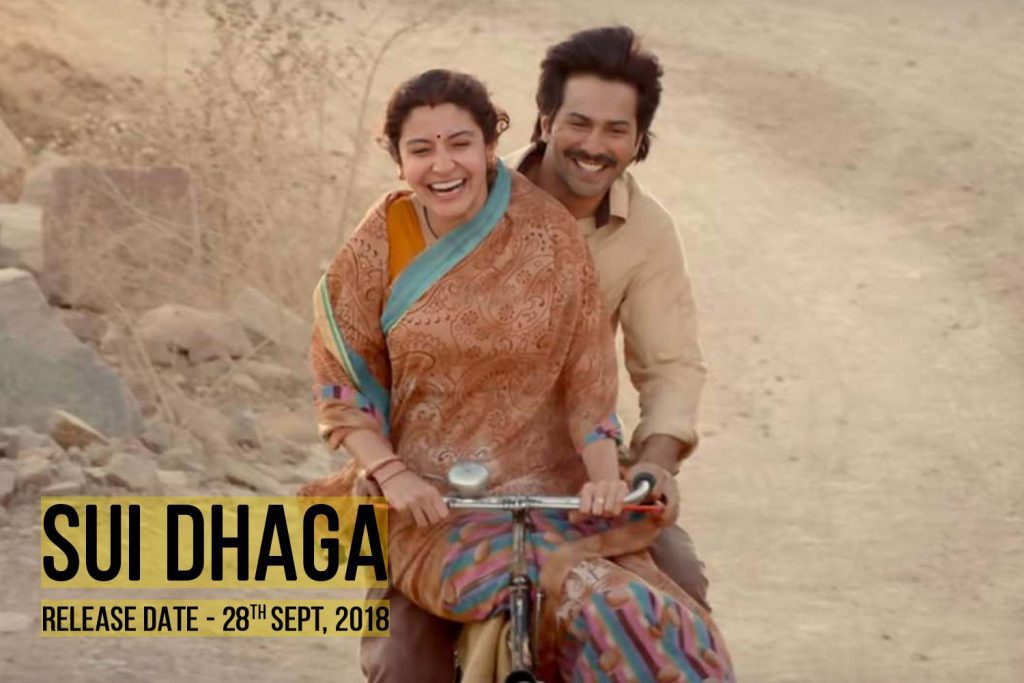 Starring Varun Dhawan as a tailor and Anushka Sharma as an embroider; the film is an intriguing small-town tale in the heart of India. It is being directed by Sharat Katariya and it is said that Varun and Anushka learnt to sew and embroider, and to operate the sewing machine to justify their characters. We just can’t wait to see the two actors surprise us as a small town couple.

3. This one is definitely going to make us nostalgic! 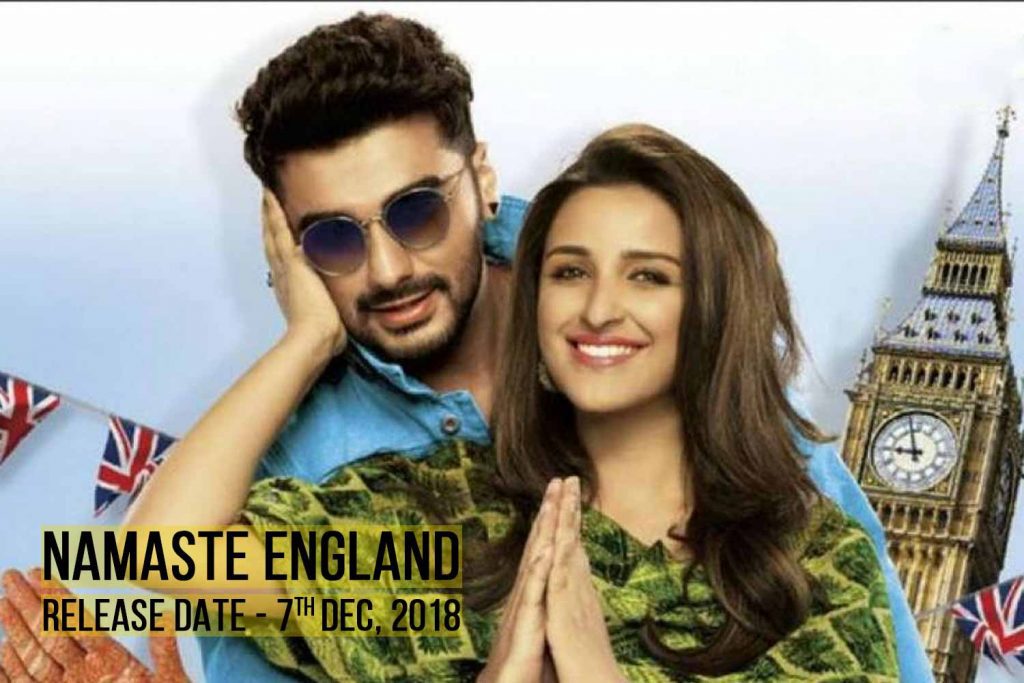 Even after eleven years, if Namastey London airs on television, we do not change the channel. Such is the magic of the 2007 romantic flick that starred Akshay Kumar as ‘Arjun’ and Katrina Kaif as ‘Jazz’. We are in full hope that the sequel of the movie starring Arjun Kapoor and Parineeti Chopra will create the same magic on the silver screens.

4. When three talented actors come together for a movie, we can expect a powerhouse film! 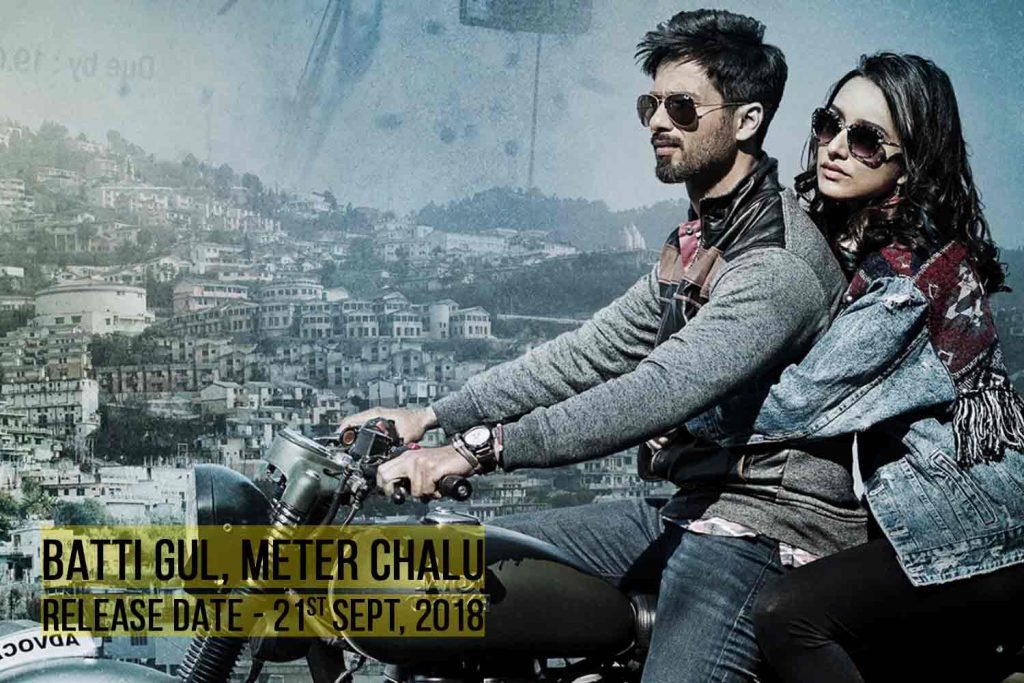 The film lines a promising star cast comprising – Shahid Kapoor, Shraddha Kapoor and Yami Gautam as the lead actors supported by Anupam Kher and Divyendu Sharma. Despite engaging in a number of controversies before its release, Batti Gul, Meter Chalu is being eagerly awaited by fans.

5. Undoubtedly, this is going to be SRK’s gift to his fans! 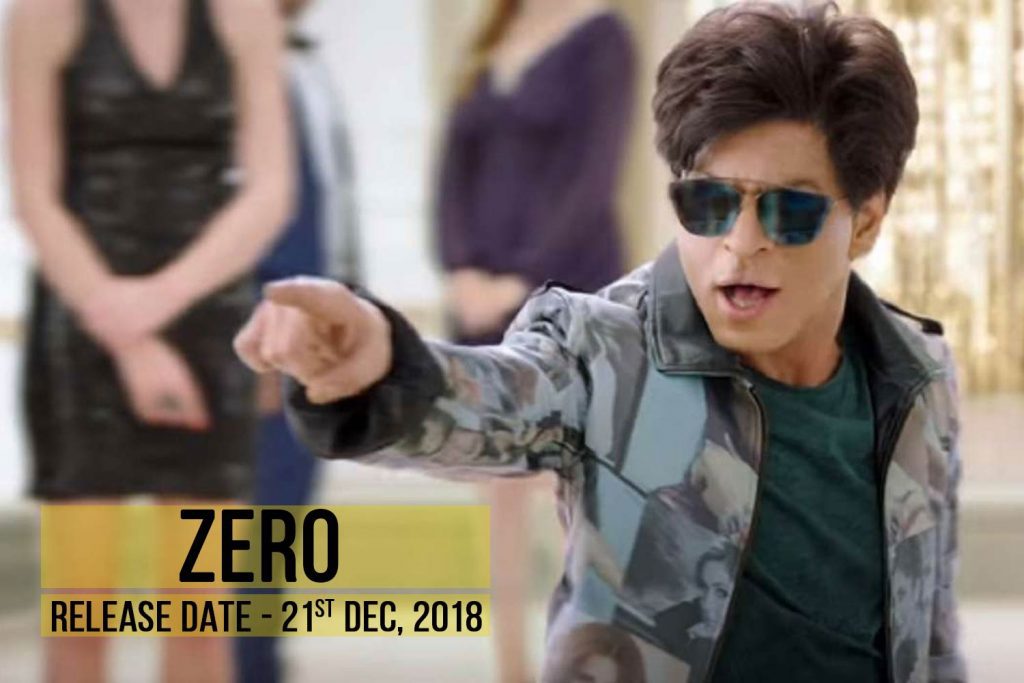 Zero is a Sci-Fi romantic drama film that has a sporting star cast including Shah Rukh Khan as a 3-4 foot stature physically challenged man, Katrina Kaif as an alcoholic superstar and Anushka Sharma as an intellectually impaired scientist. After the successful Jab Tak Hai Jaan, this is the trio’s second collaboration. The film will incorporate imaginative concepts and advanced technologies inspired by Hollywood films. Promising actors Abhay Deol and Tigmanshu Dhulia will amplify the level of performances in the film. Zero will also be the last film appearance of late Superstar Sridevi. Our level of excitement has already skyrocketed after the film dropped its EID teaser and with so much in store, we are hooked to its release!

6. Can anyone not be excited for a Thalaiva film? 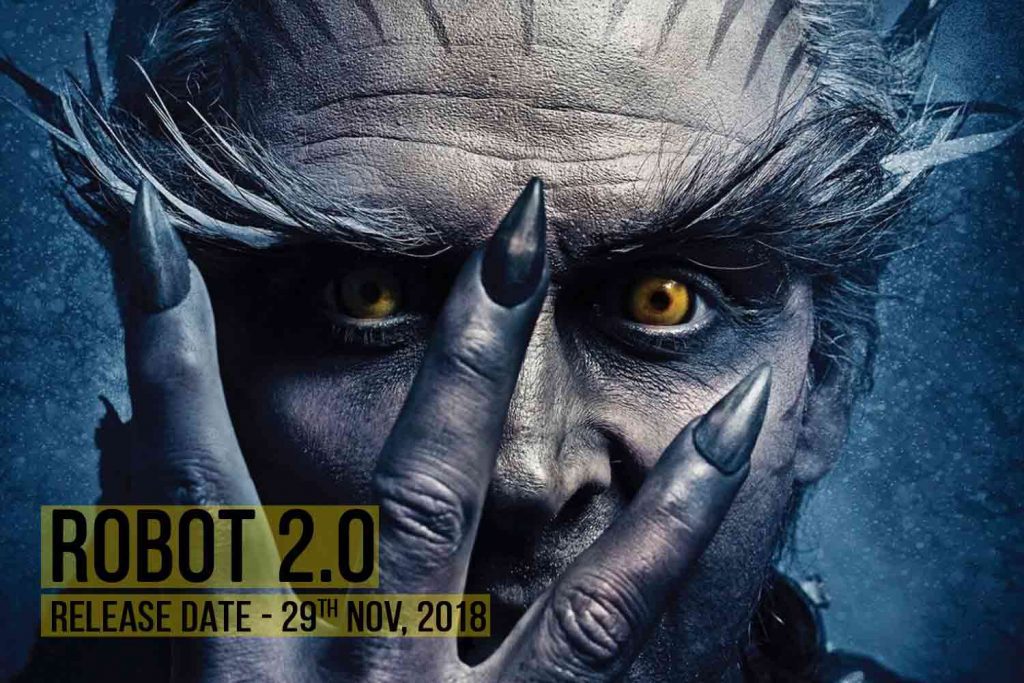 With a whooping budget of 550Cr, we can only imagine the grandeur of the film! We can look forward to audiences jumping on their seats in amazement with 2.0, as the Sci-Fi action thriller is said to be a brain-bashing visual experience directed by S.Shankar. The film has Amy Jackson as the female lead. Ever since the character poster of Akshay Kumar was released, it is being awaited with high anticipation.

7. All eyes on this political drama! 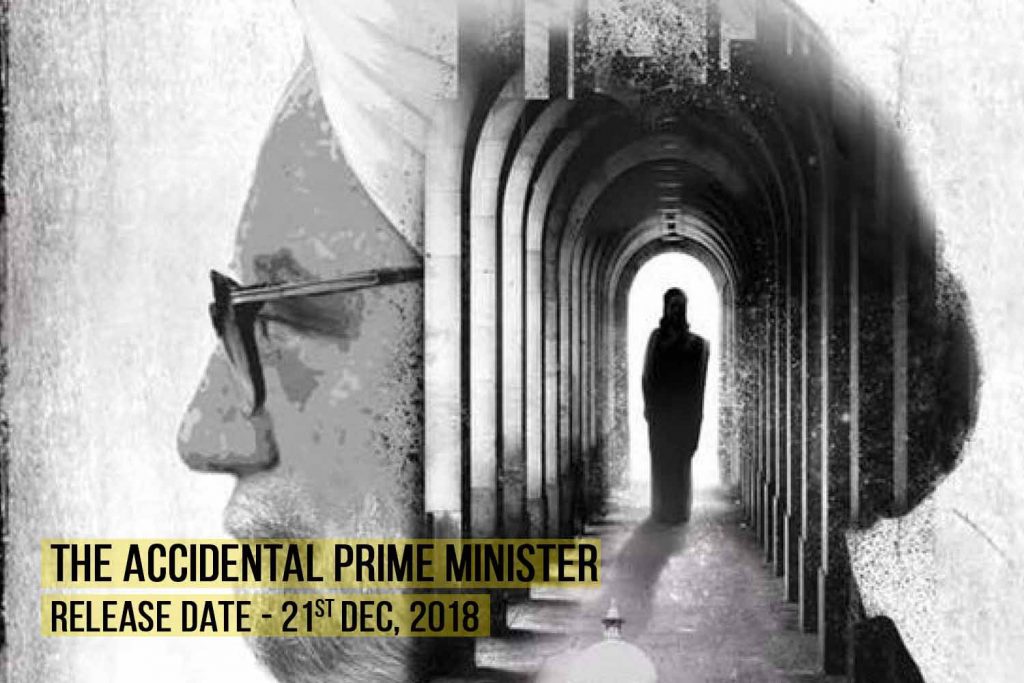 The first poster of the film itself has been so overwhelming that we just cannot stop ourselves from talking about the ensemble cast and their astonishing get-up. The film is based on 2014 memoir by Indian policy analyst Sanjay Baru- The Accidental Prime Minister: The Making and Unmaking of Manmohan Singh. Actor Anupam Kher is portraying the character of Dr.Manmohan Singh, Akshay Khanna has been roped in as Sanjay Baru, Suzanne Bernert will portray Sonia Gandhi and Aahana Kumar will be impersonating Priyanka Gandhi in the film. After looking at this intriguing cast, we can’t stay calm! 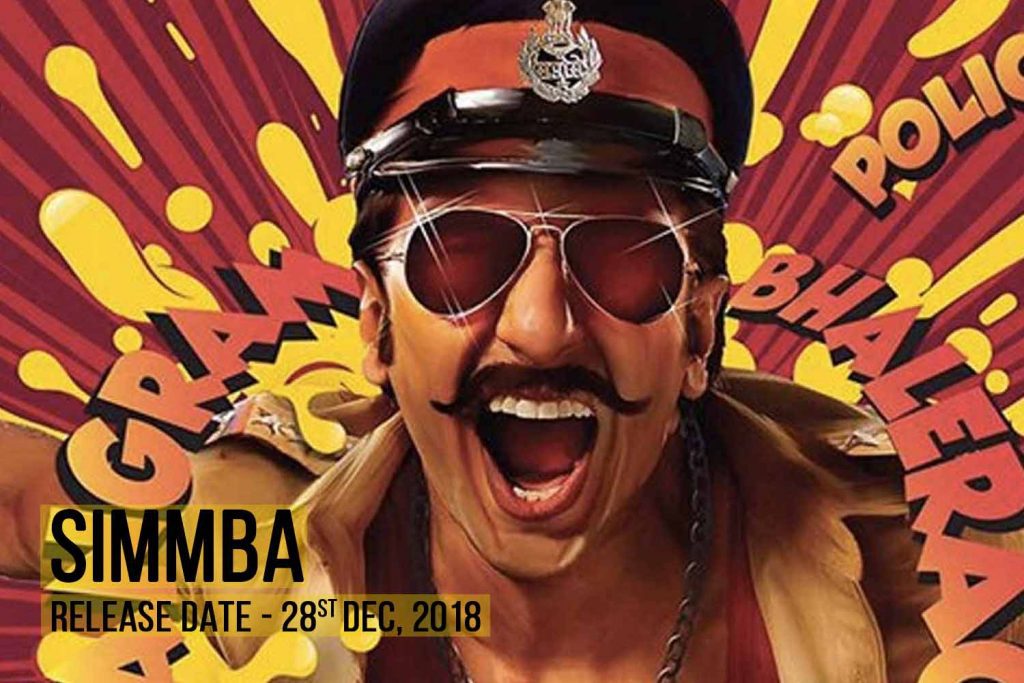 One thing is for sure that we will be bidding adieu to this year on a high note. With Simmba coming to theatres at the year-end, we can’t wait to see Baba as a fierce cop in the Rohit Shetty film. The film will also be Saif’s daughter Sara Ali Khan’s debut into Bollywood. With Rohit Shetty and Ranveer Singh packaged in a film, the film guarantees to be an entertainment explosion!

So, these are the movies that should find a place in your calendar now. There is a lot to hope for with so many movies yet to release. While some will obviously let us down, some will surely be mind-twisting surprises.