YouTubers are capable of a wide range of activities. They play video games, show you how to style your hair, teach you how to live a better life and make you laugh while doing so. Despite this, many people all over the world choose to make videos about food, which is as old as humans themselves. These Indian Food vloggers on YouTube are not only celebrities, but they also have a large following and a large number of subscribers. This comprehensive list of the best Indian food Youtubers is based on extensive research and reliable sources. So, take out your phone, computer, laptop, or tablet and read the entire article on the 15 best Indian food vloggers. 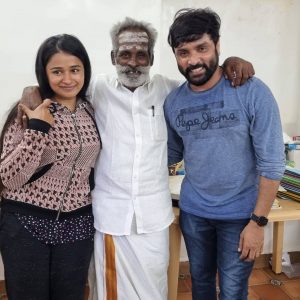 When a family eats together, they stay together. This age-old wisdom has been taken a step further by a YouTuber from Tiruppur, a town near Coimbatore in western Tamil Nadu, who has enlisted the help of his family to cook and film together. In the process, he’s built a YouTube food channel with over 1.78 million subscribers from all over the world and 6,000 new visitors every day. A Gopinath, a 27-year-old from Salem who left a job at Infosys to pursue a dream that was planted in his head when he was in Class VII, is the brains behind Village Food Factory, the channel. 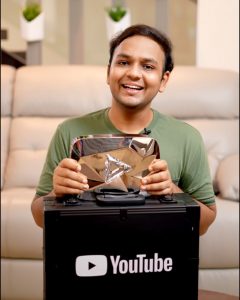 When you were 12, did you know exactly what you wanted to be when you grew up? Yaman Agarwal Cooking Shooking, a Hyderabadi boy, has been passionate about food since he was 12 years old. He is a true role model for aspiring chefs who are young and enthusiastic. Yaman Agarwal Cooking Shooking is an aspiring chef, foodie, and food junkie. On his official YouTube channel, you can see him cooking. He treats cooking as if it were a game. He used to enjoy watching his mother cook when he was 12 years old. It was enough to stoke his interest and prompt him to conduct his own research on the internet. His searches eventually led him to YouTube, where he discovered an entirely new world. Nothing could stop him from following his passion if others were doing it, so he launched his official channel CookingShaking.

When it comes to vlogging something new, he first tries it in a variety of Hyderabad restaurants. To get it right, he conducts his own research and experiments. He claims to be self-taught. On July 4th, he experimented with his recipe in a new way. He came up with the idea of making a tri-colored Halwa. Then he had the brilliant idea of making a tri-color cake. He made three different colored toppings. It means that when you cut the cake, it comes out in three different colors.

His videos are up to 14 to 15 minutes long if you want to learn about the ins and outs of cooking. His recipes are as simple as a child’s play. Even a novice can confidently follow his recipes. His favorite recipe is Black Forest, which he was asked to make for his father. He made a Black Forest cake for his father, and it’s still the most popular recipe on the site, with over 6.5 million views. 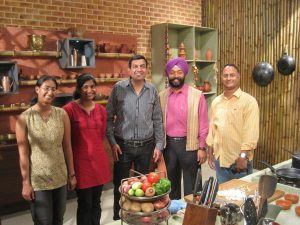 Sanjeev Kapoor is a television personality, entrepreneur, and celebrity chef from India. Kapoor is the star of Khana Khazana, Asia’s longest-running television show; it airs in 120 countries and drew more than 500 million viewers in 2010. In January 2011, he also launched his own Food Food channel. Discovery Communications has purchased a majority stake in Kapoor’s channel through its Indian subsidiary.

He became the Executive Chef of the Centaur Hotel in Mumbai after working in a variety of hotels. He has also received the H&FS Best Executive Chef of India Award and the Indian Federation of Culinary Associations’ Mercury Gold Award in Geneva, Switzerland. He was chosen as a member of Singapore Airlines’ International Culinary Panel. He’s also a brand ambassador for Sweekar Advanced, an Indian sunflower oil company. He is the most well-known representative of Indian cuisine. He is a chef, a television host, a cookbook author, and a restaurant consultant. 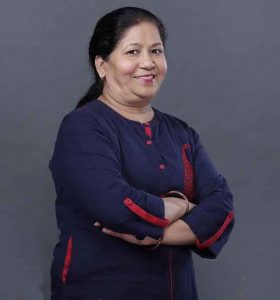 She is currently one of the most popular Indian cuisine chefs and India’s most subscribed female YouTuber, with more than 10 million subscribers. and her cooking YouTube channel is one of India’s top ten most subscribed cooking channels.

She also writes food columns for several websites, including Indian Express, Amar Ujala, Times of India, and Dainik Bhaskar, which are among India’s most popular magazines.

She is best known for her vegetarian Indian recipes on YouTube. Her specialty is Indian cuisine, and she teaches her audience how to make homemade Indian cuisine the easy way through her YouTube channels. 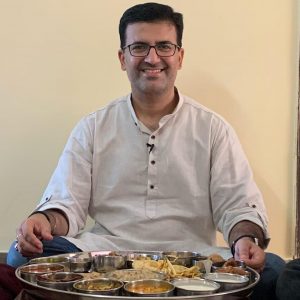 Anubhav Sapra is one of the most popular Indian food vloggers and bloggers. The Delhi Food Walk YouTube channel is owned by Mr. Anubhav Sapra. He began food blogging during his college days in Delhi and has been doing so for the past ten years. Later, he expanded his ecosystem and began inviting foreign visitors to Delhi, where he hosted a Delhi Street Food Walk for them. 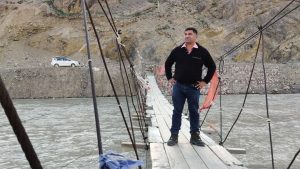 Visa2Explore Youtube Channel is ranked third in our list of the best food Vloggers in India. Visa2Explore is owned by Harish Bali. He’s been food hunting since 2017, and his business has grown at an exponential rate over the last four years. Check out his YouTube channel visa2explore, where he takes you on a tour of Indian street food in different cities and states. His method of presenting the food is the most preferable. 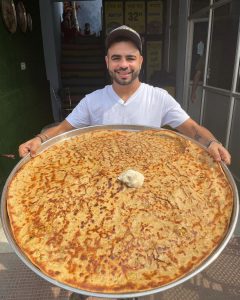 Because of his Baba Ka Dhaba viral video in Delhi, everyone is familiar with Gaurav Wasan of Swad official Youtube channel. Street food is a favorite of this Delhi-based food blogger and YouTuber. He has a background in mass and media and has worked as a food journalist for Indian Today, AajTak, and the NDTV channel. On his YouTube channel Swad Official, you can watch his street food exploration videos. 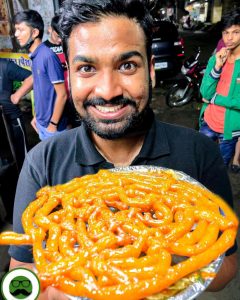 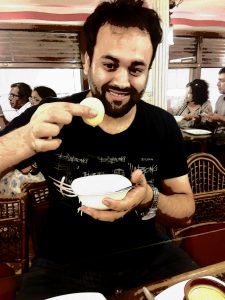 On our list of the best 15 Indian food vloggers/bloggers in India, Karan Dua of the Dilsefoodie Official channel is ranked 6th. In 2017, Karan Dua entered the field of food exploration, and in the same year, he began his YouTube journey. His videos are well-known, and his YouTube channel Dilsefoodie official has 1.6 million subscribers as of 2021. 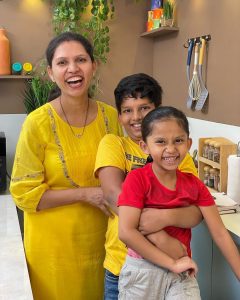 Kabita is the sole person in charge of her Indian Food YouTube Channel. Her YouTube channel is chock-full of authentic, simple, straightforward, and everyday food recipes. Her videos show how to make any dish using simple, readily available ingredients. With 1,61,41,34,063 views and 978 videos, this channel is growing by the day. 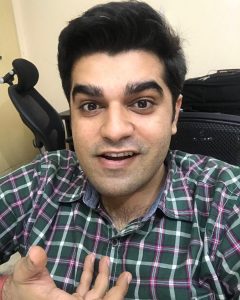 Bharatzkitchen is one of the most popular and well-known YouTube channels dedicated to Indian cuisine. He instructs bachelors and students in the art of cooking and provides accurate information. Students who live in hostels or college dorms can learn to cook by watching his videos, which include simple recipes and common ingredients.

Harry Singh Uppal is the creator of the Harry Uppal Internet Food Show Channel. This Jalandhar-based Food Vlogger began his Food Exploring journey with Punjabi street and fast food. He has nearly 6 lakh subscribers on Youtube. His videos are all sober, simple, and easy to follow, which is why he is one of India’s Top Food Vloggers. 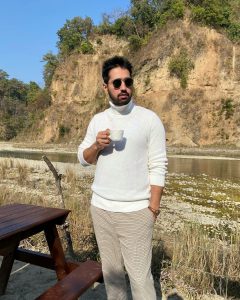 Because of his daily Youtube Trending Videos, everyone is familiar with Foodie Incarnate Channel. Amar Sirohi, the Foodie Incarnate, is a newcomer to food blogging in India, but his content has attracted a large number of subscribers in a short period of time. Foodie Incarnate is well-known for its YouTube Shorts Videos of Street Food, which are consistently at the top of the YouTube Trending Videos list. We ranked him 14th because he is a new Indian food vlogger, and we considered a variety of factors in addition to channel views. 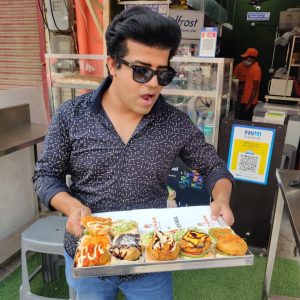 Vishal Sharma of Foody Vishal is best known for his traditional Indian street food locations in Delhi, Rajasthan, Kolkata, Uttar Pradesh, and other parts of India. Foody Vishal is a newcomer to the food blogging industry, but he is quickly gaining traction and receiving massive views on his videos, which is why we included him in our list of the Best Indian Food Vloggers.

This article was about India’s Top 15 Food Vloggers and Bloggers. We hope you enjoyed it, and you should check out their Youtube channel for more food Vlogs. Let us know about your experience in the comments section below.

Rummy game: The things rummy players need to know to become a pro