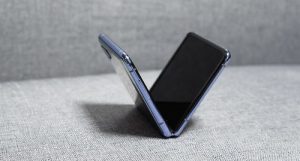 With the recent launch of the third generation of folding phones with the Galaxy Z Fold3 line, we now find ourselves firmly within the folding age. With these devices slowly exiting the premium-only tier, they’ve had the time to prove their technologies and capabilities within the mass market. So, are they worth a look, or would you be better suited to stick with more traditional mobile systems?

How do Folding Devices Work?

If you’re an older reader, then the term folding phone probably brings to mind the old flip devices with a screen on top and keypad below. While these types of vertical flipping devices are included in Samsung’s Flip line, the newer systems avoid the old separation of input and screen, simply doubling real estate when opened. The same concept applies to the larger systems which open horizontally, with a flexible center allowing a seamless transition between folded and open states.

In regular operation, many of these systems offer regular activities in both their folded and open states, thanks to the inclusion of an additional screen on the front of the device. In essence, this means users can rely on a traditional screen size when appropriate, and jump to the larger open layout whenever necessary.

The Advantages of a Folding System

The advantages of folding phones depend on your use case, but given how ubiquitous our uses of mobile phones are today, there tends to be something available for everyone. In a more common passive sense, the greater screen size can make an unfolding phone a great fit for those who wish to watch media like TV shows, movies, and YouTube. While the screens aren’t a perfect fit for modern 16:9 aspect ratios, they are unquestionably more visually engaging than smaller traditional systems.

For more interactive entertainment, a similar idea applies to games like video slots. On the websites that host these experiences, titles like Starburst and Gates of Olympus are scaled up to the greater visual real estate, again offering more engaging visuals. Additionally, the larger screens in the unfolded format allow for easier control, with larger buttons allowing for more streamlined input.

Perhaps most encouraging for those who use their mobiles for work is the multitasking support which folding devices leverage so well. With more space, snapping different windows and apps to different parts of the screen can vastly improve the mobile work experience for those without room for a laptop. In some instances, this could even take mobile work opportunities from frustrating to viable on an unprecedented scale. 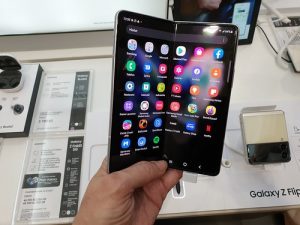 Now with 5G integration and better app support than ever, folding phones have long passed their teething period as they enter the mass-market age. With an expected CAGR of 21.3% over the 2021-2026 period, the machines are still on an upward trajectory with no sign of slowing down. As for whether they’re worth the cost for your entertainment or work needs, that much is a question only you can answer. What we do know for sure is that these systems are proven, they’re extremely effective in the right situations, and they’re only going to become more common in the years to come.

10 Famous Gurdwaras in Delhi Everyone Should Visit Once!