One of the most eminent scientists whose discoveries and work revolutionized modern day sciences, Isaac Newton is popular for laying down the laws of gravitation and motion. He is also noted for several discoveries in the field of optics and building the first practical reflecting telescope. He also authored many book and Isaac Newton quotes gives an insight into his scientific thinking

We bring you some of the famous Isaac Newton quotes about life, God and scientific temperament.

1. I can calculate the motion of heavenly bodies but not the madness of people. – Isaac Newton 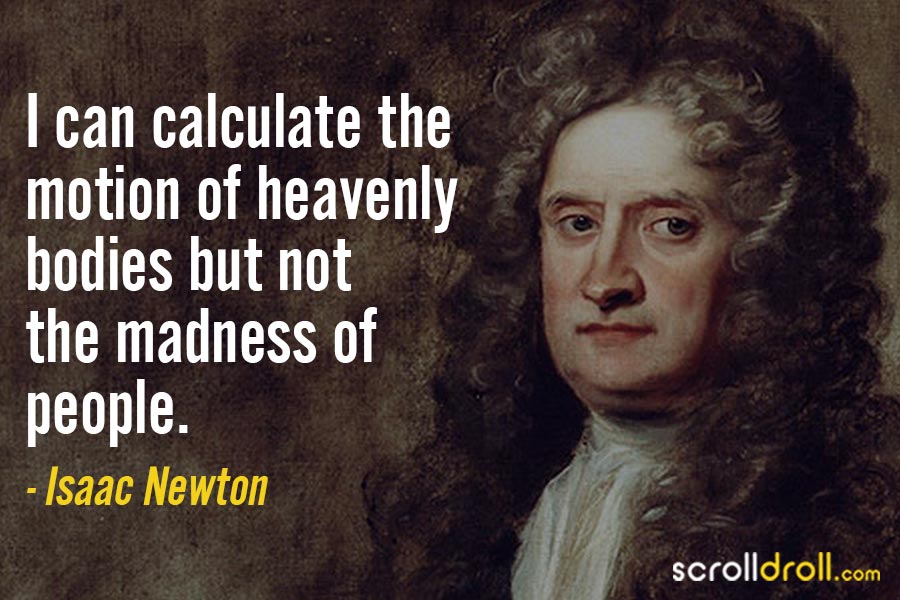 2. To every action there is always opposed an equal reaction. – Isaac Newton 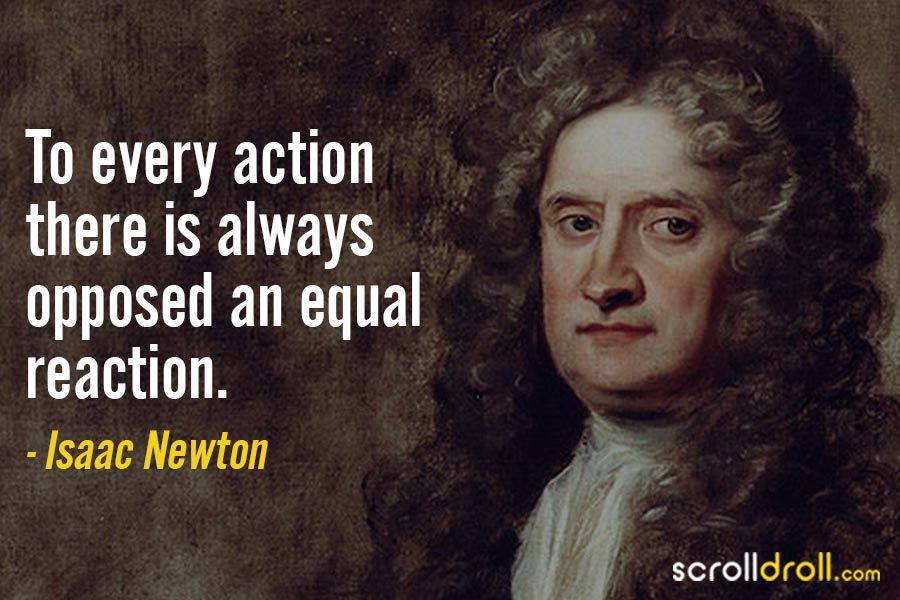 3. I was like a boy playing on the sea-shore, and diverting myself now and then finding a smoother pebble or a prettier shell than ordinary, whilst the great ocean of truth lay all undiscovered before me. – Isaac Newton 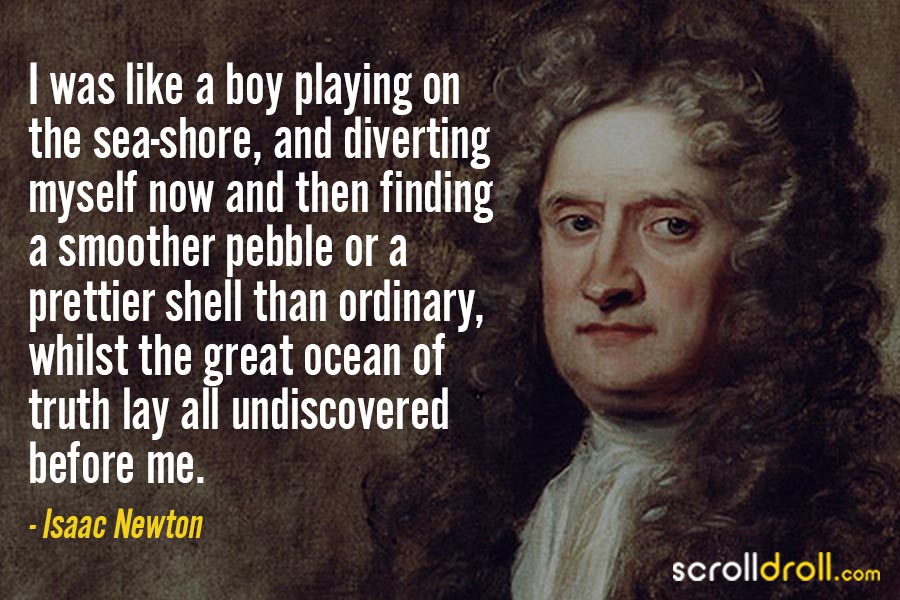 4. To me there has never been a higher source of earthly honor or distinction than that connected with advances in science. – Isaac Newton 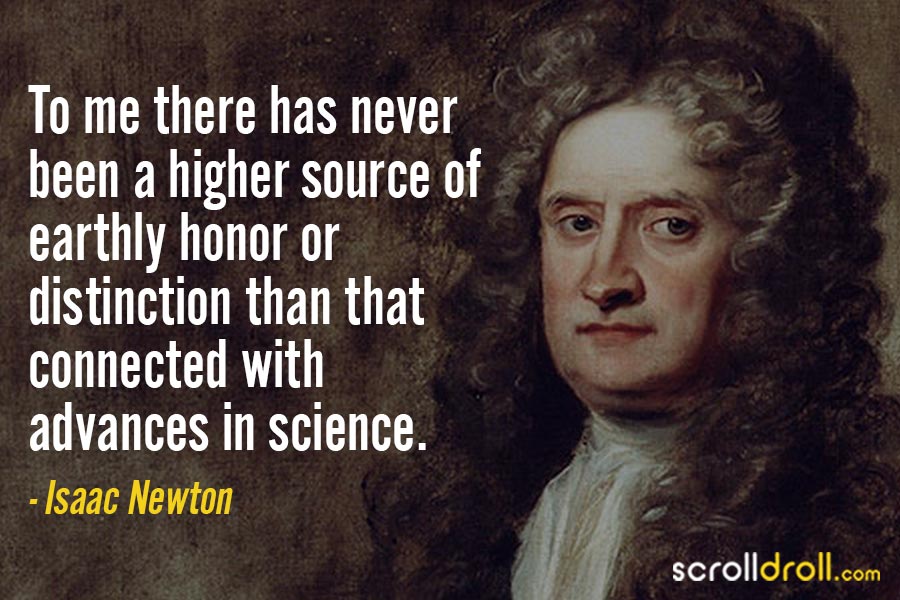 5. It is the weight, not numbers of experiments that is to be regarded. – Isaac Newton 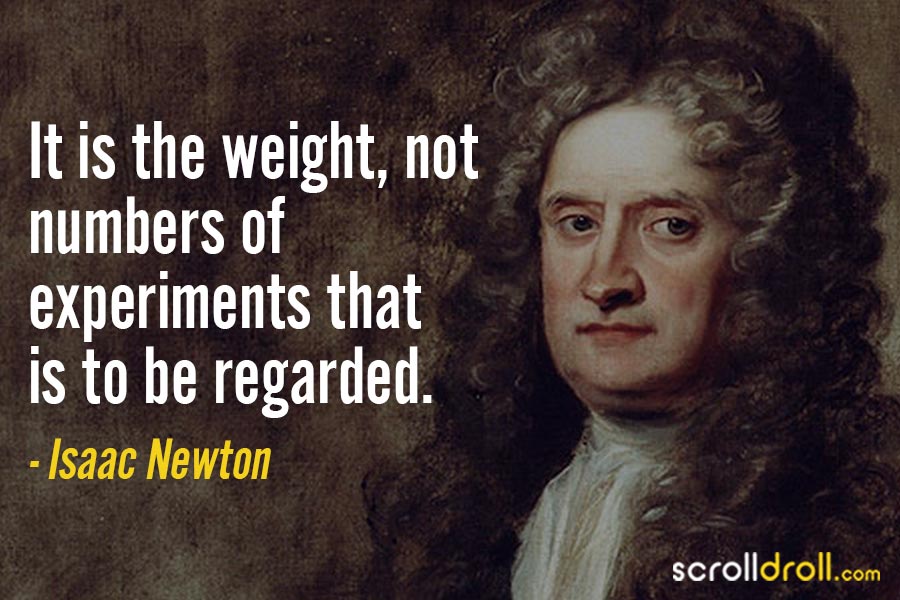 6. Gravity explains the motions of the planets but it cannot explain who sets the planets in motion. – Isaac Newton 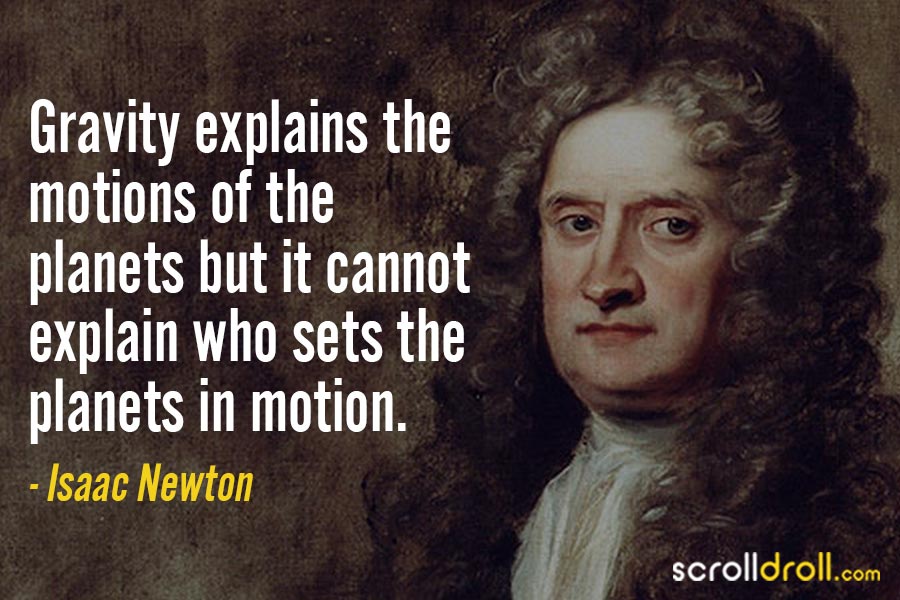 7. In the absence of any other proof, the thumb alone would convince me of God’s existence. – Isaac Newton 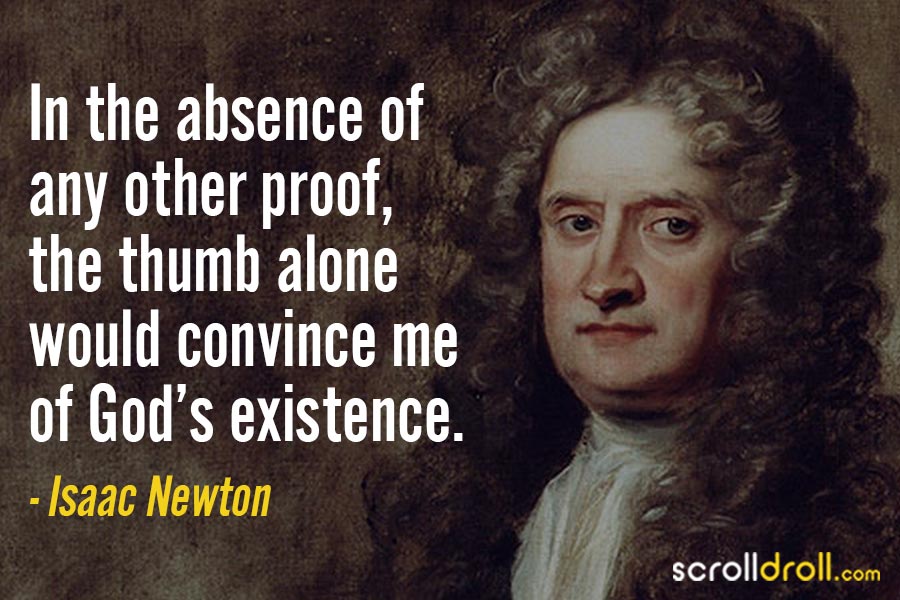 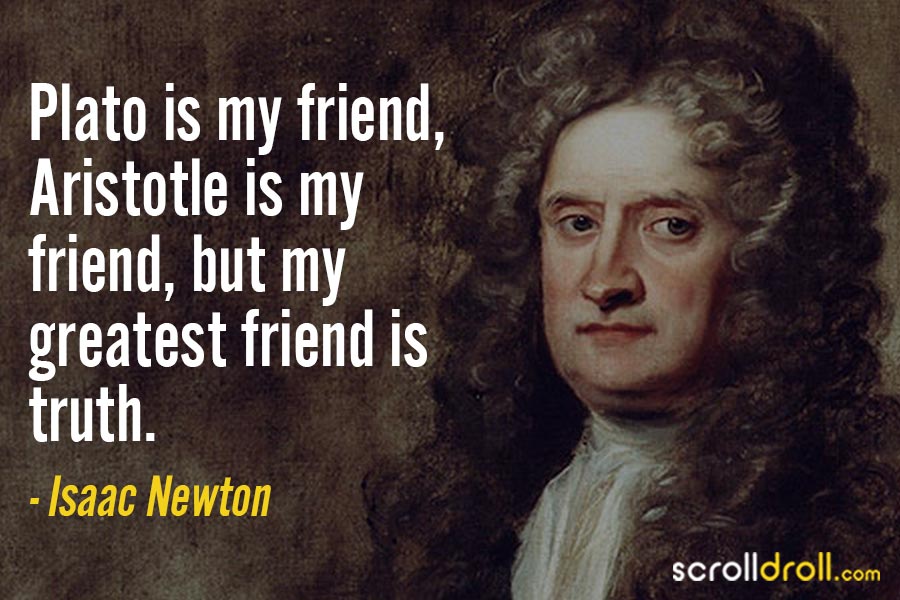 9. Live your life as an exclamation rather than an explanation. – Isaac Newton 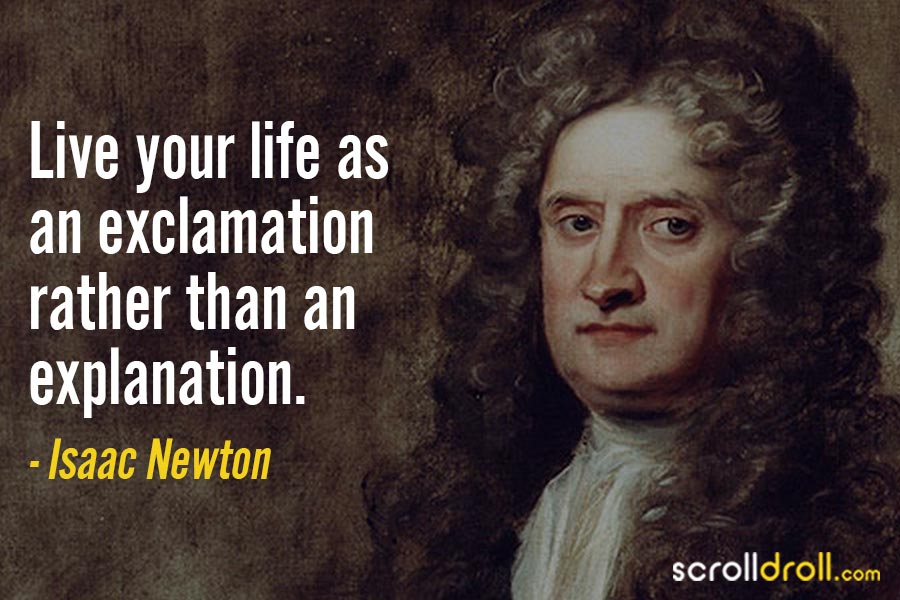 10. If I have ever made any valuable discoveries, it has been due more to patient attention, than to any other talent. – Isaac Newton 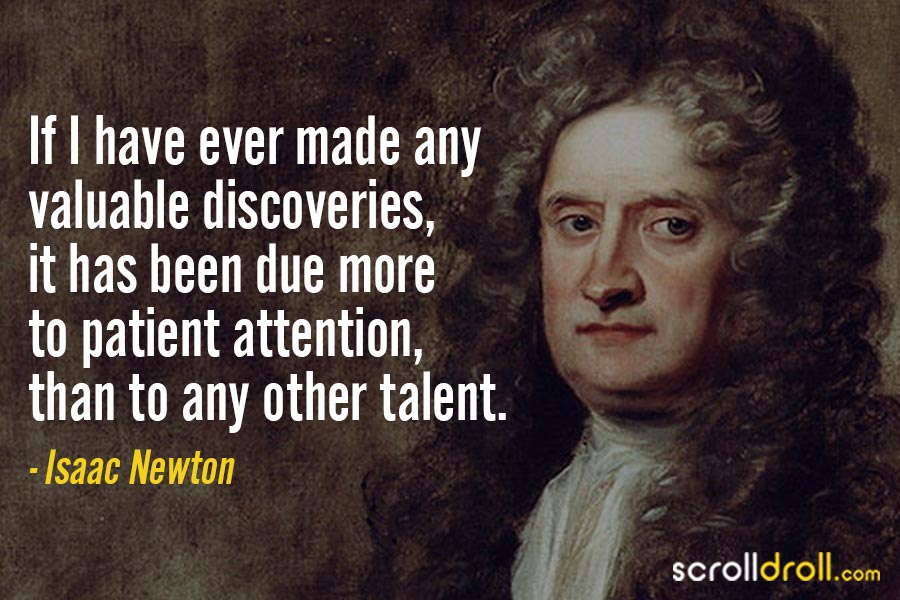 11. Truth is the off-spring of silence and Meditation. – Isaac Newton 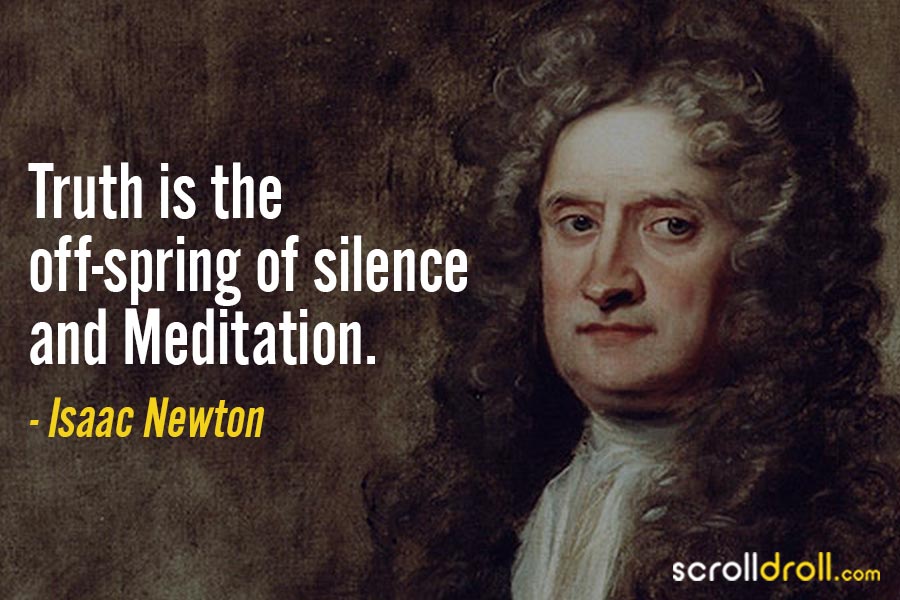 12. God created everything by number, weight, and measure. – Isaac Newton 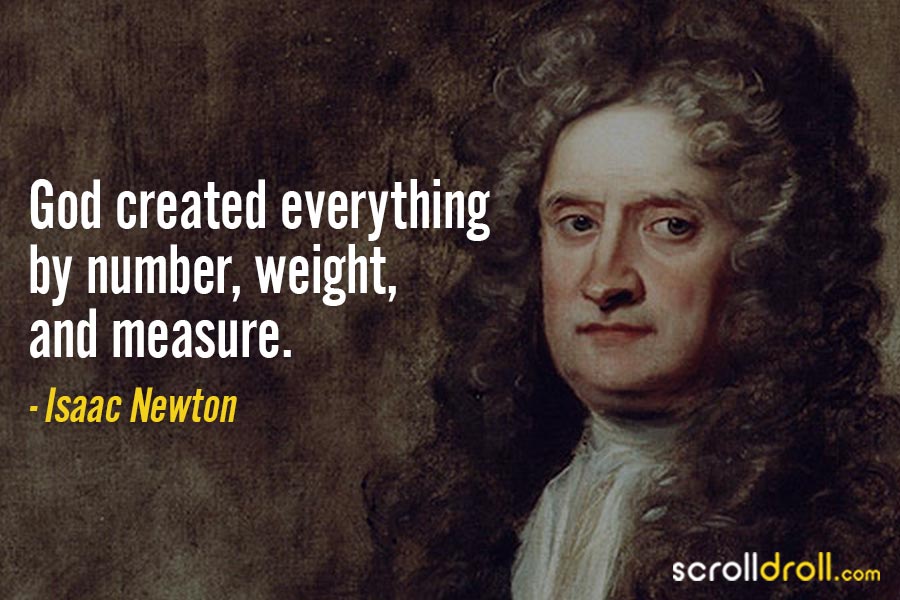 13. To explain all nature is too difficult a task for any one man or even for any one age. – Isaac Newton 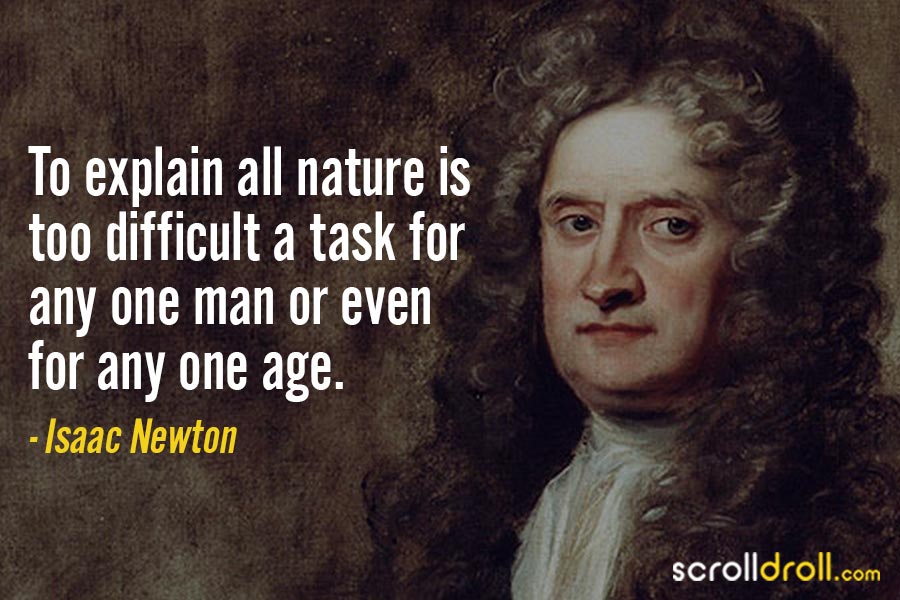 14. My powers are ordinary. Only my application brings me success. – Isaac Newton 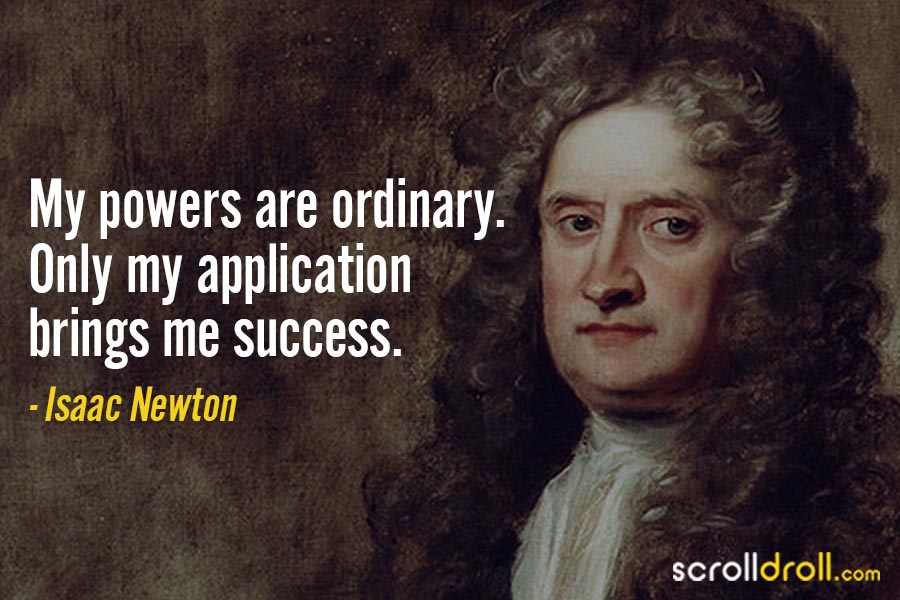 15. No great discovery was ever made without a bold guess. – Isaac Newton 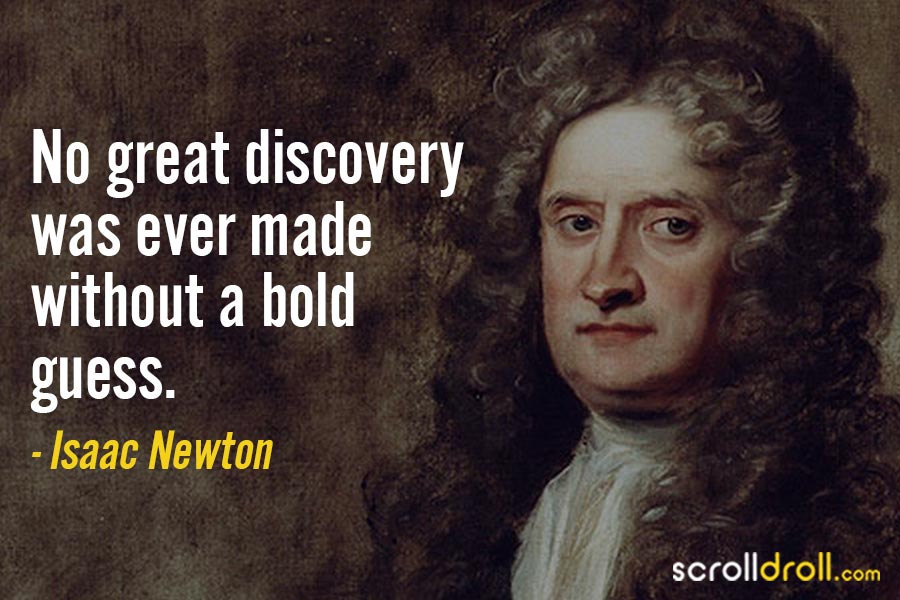 16. If I have seen further, it is by standing upon the shoulders of giants. – Isaac Newton 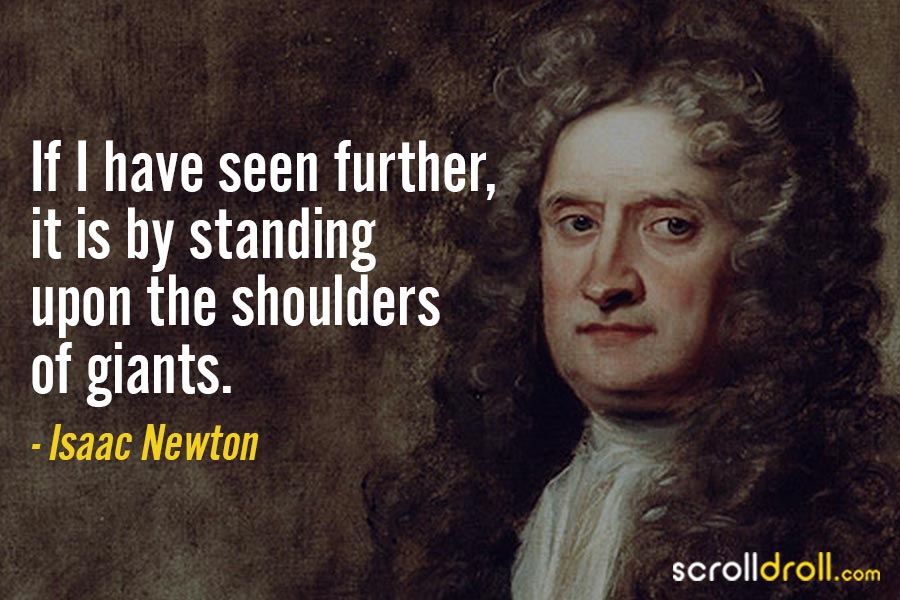 Which of these Isaac Newton quotes was the most hard hitting? Do let us know in the comments below!