One of the founding fathers of modern India and the country’s first Prime Minister, Pandit Jawaharlal Nehru was renowned as a greatest global leaders of the 20th century. He played an important role in India’s freedom struggle while leading the nation in the crucial years post independence. His thoughts, philosophy, ideology, vision and Nehru quotes continue to influence the idea of a modern India.

We bring you some of the most powerful Jawaharlal Nehru quotes that give encapsulate his idea and vision for a modern India.

1. We live in a wonderful world that is full of beauty, charm & adventure. There is no end to the adventures we can have if only we seek them with our eyes open. – Jawaharlal Nehru 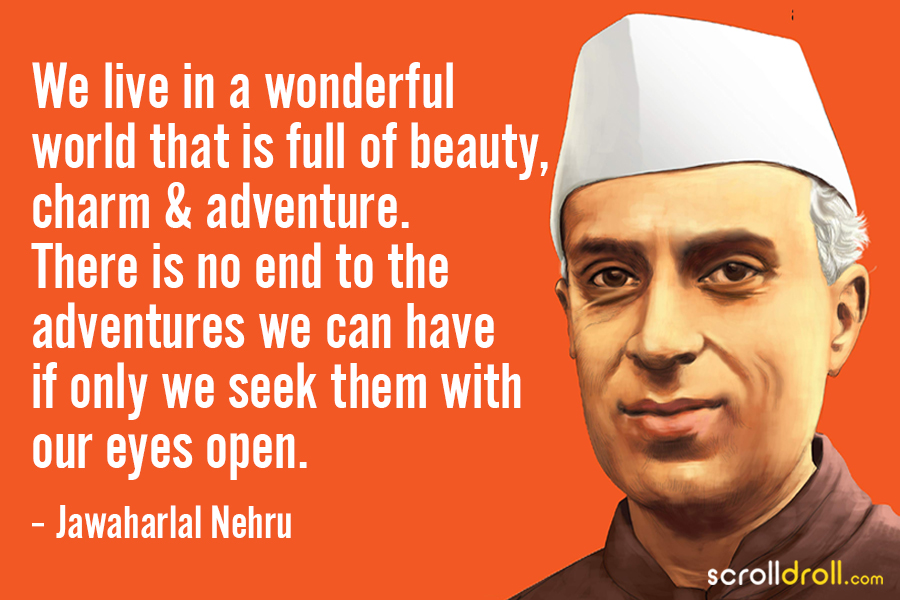 2. Facts are facts and will not disappear on account of your likes. – Jawaharlal Nehru 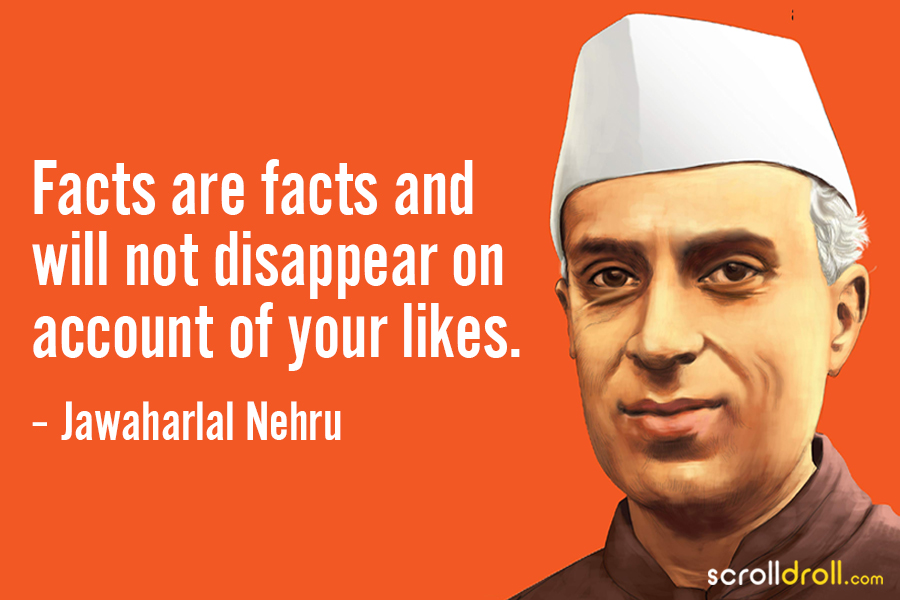 3. There is nothing more horrifying than stupidity in action. – Jawaharlal Nehru 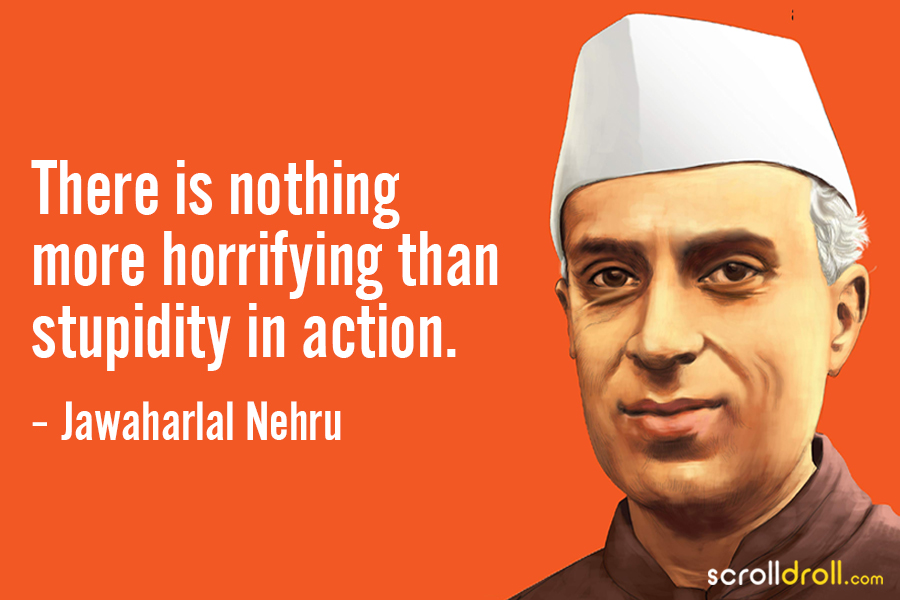 4. A language is something infinitely greater than grammar and philology. It is the poetic testament of the genius of a race and a culture, and the living embodiment of the thoughts and fancies that have moulded them – Jawaharlal Nehru 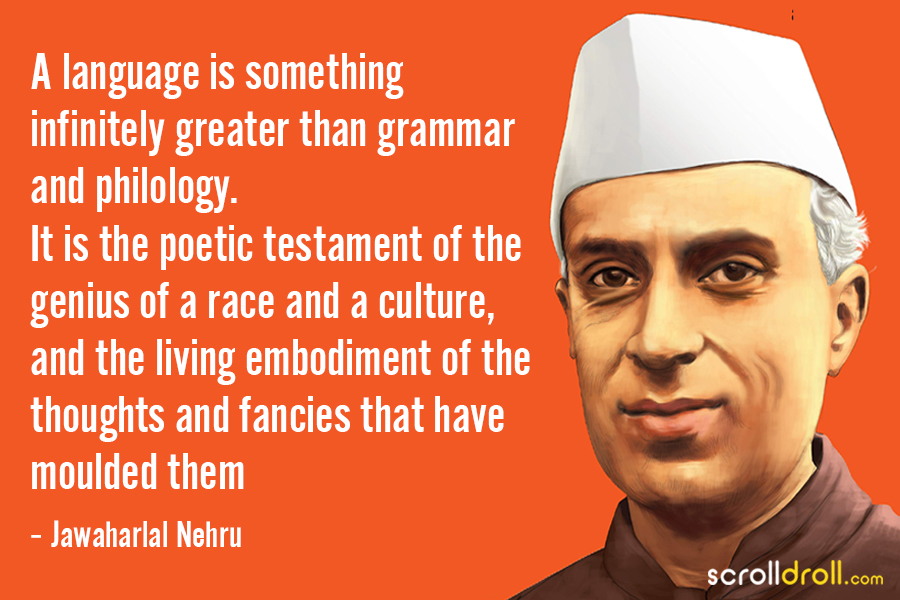 5. Life is like a game of cards. The hand that is dealt you is determinism; the way you play it is free will. – Jawaharlal Nehru 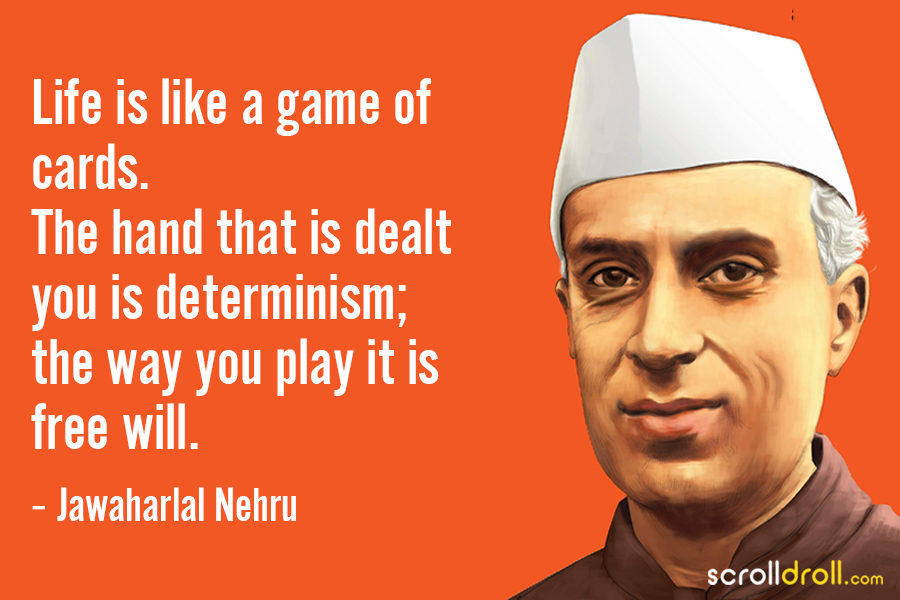 6. The policy of being too cautious is the greatest risk of all. – Jawaharlal Nehru 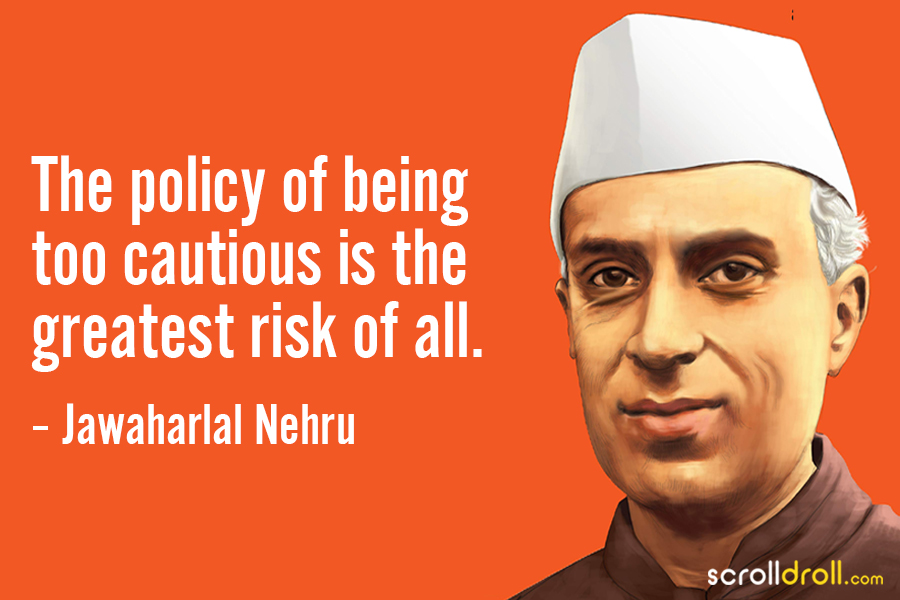 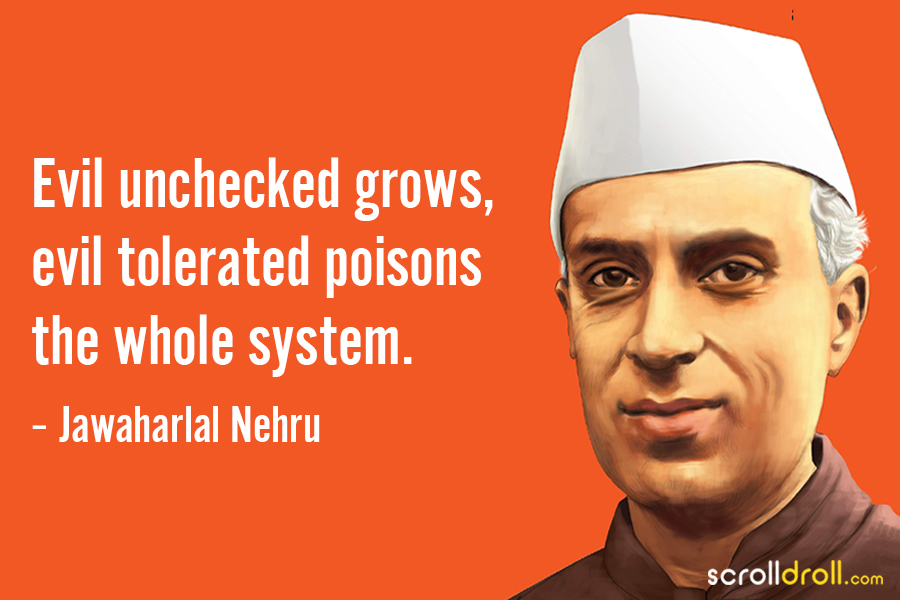 8. Culture is the widening of the mind and of the spirit. – Jawaharlal Nehru 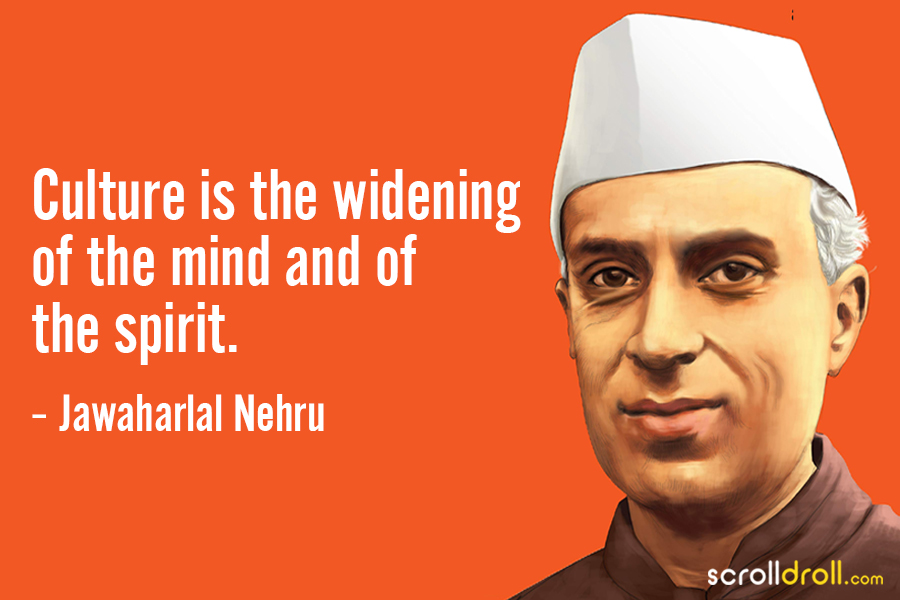 9. Politics and Religion are obsolete. The time has come for Science and Spirituality. – Jawaharlal Nehru 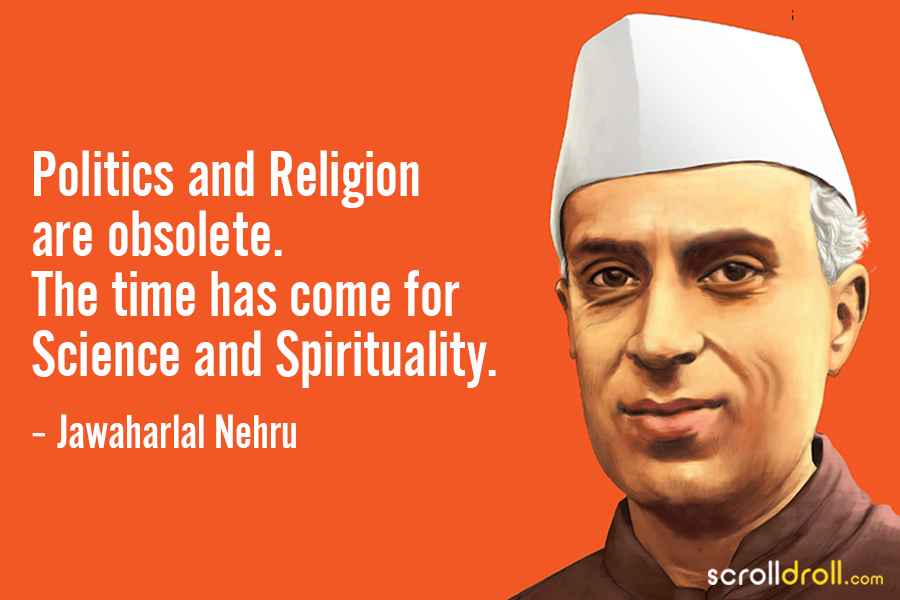 10. Loyal and efficient work in a great cause, even though it may not be immediately recognized, ultimately bears fruit. – Jawaharlal Nehru 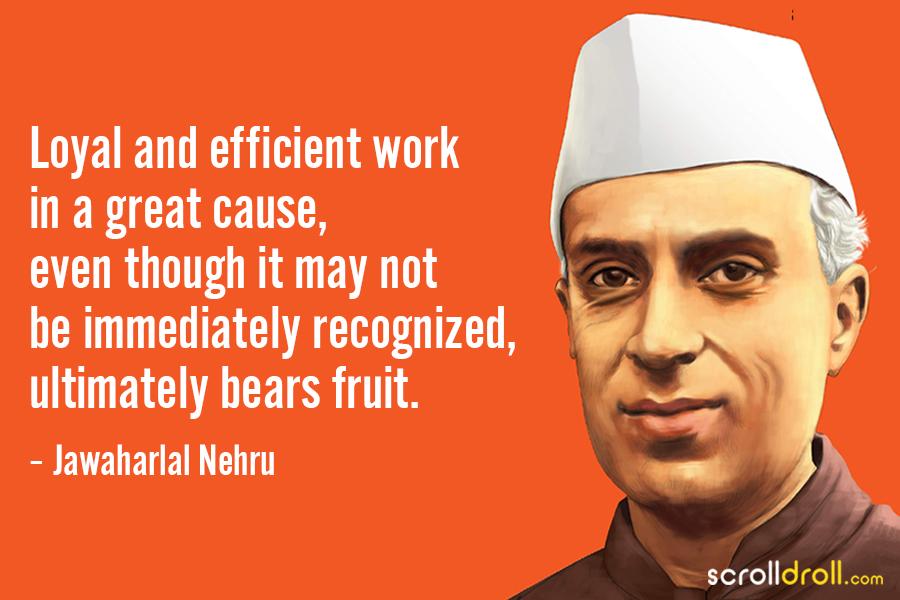 11. Time is not measured by the passing of years but by what one does, what one feels, and what one achieves. – Jawaharlal Nehru 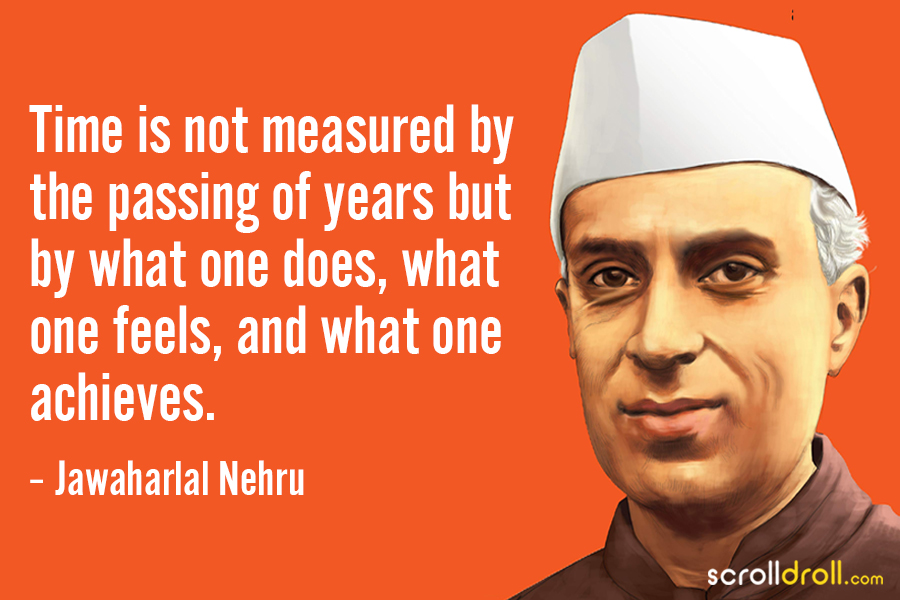 12. If any person raises his hand to strike down another on the ground of religion, I shall fight him till the last breath of my life, both as the head of the government and from the outside – Jawaharlal Nehru 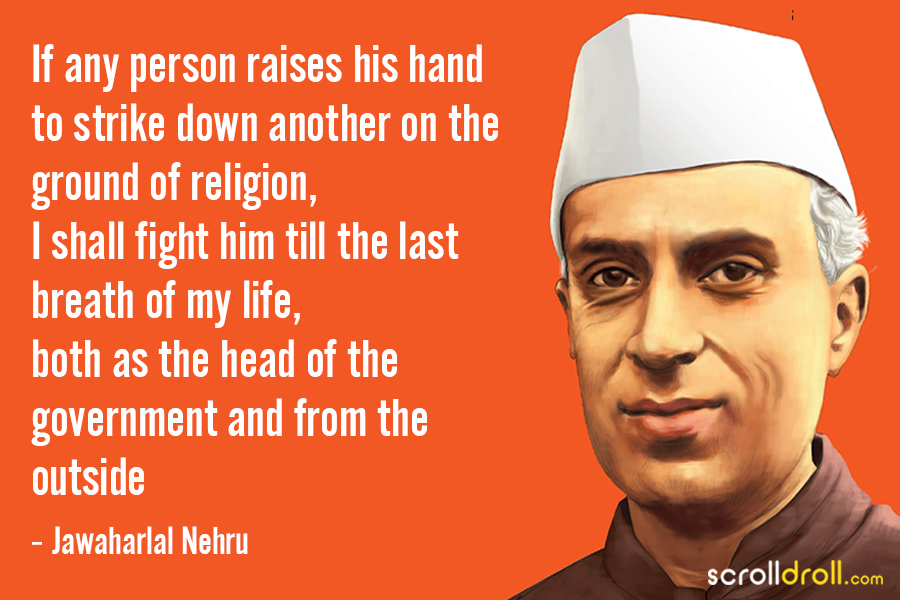 13. A moment comes, which comes but rarely in history, when we step out from the old to the new, when an age ends, and when the soul of a nation, long suppressed, finds utterance. – Jawaharlal Nehru 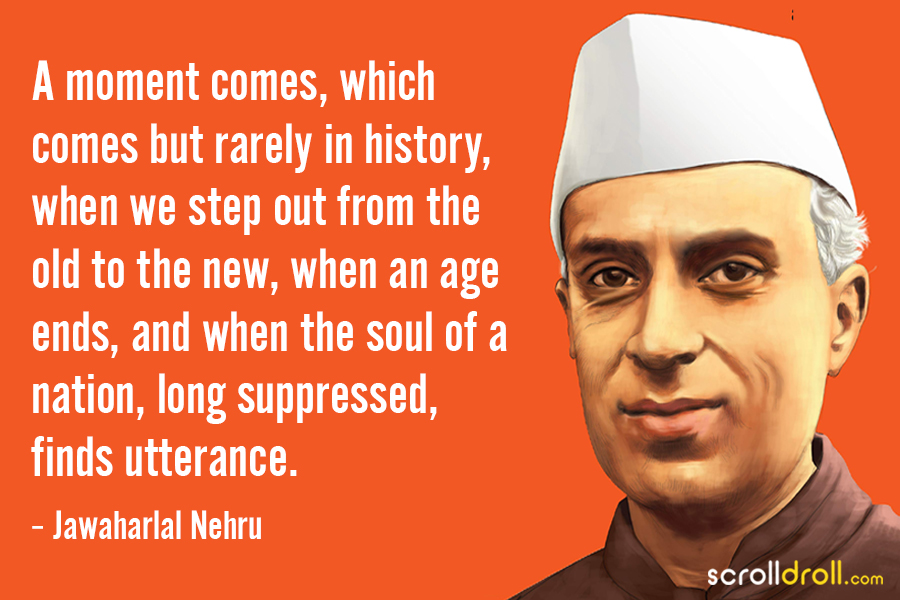 14. Democracy is good. I say this because other systems are worse. – Jawaharlal Nehru 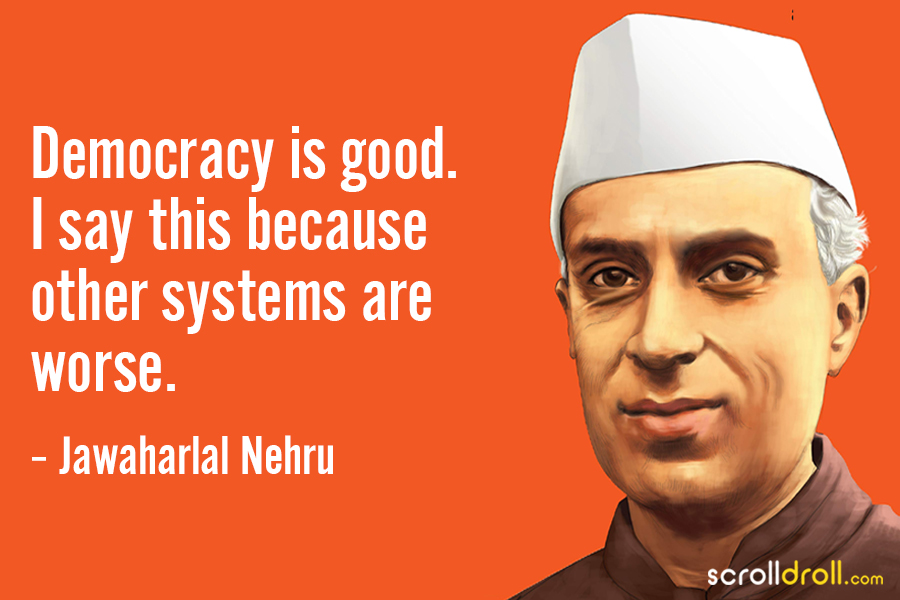 15. The person who talks most of his virtue is often the least virtuous. – Jawaharlal Nehru 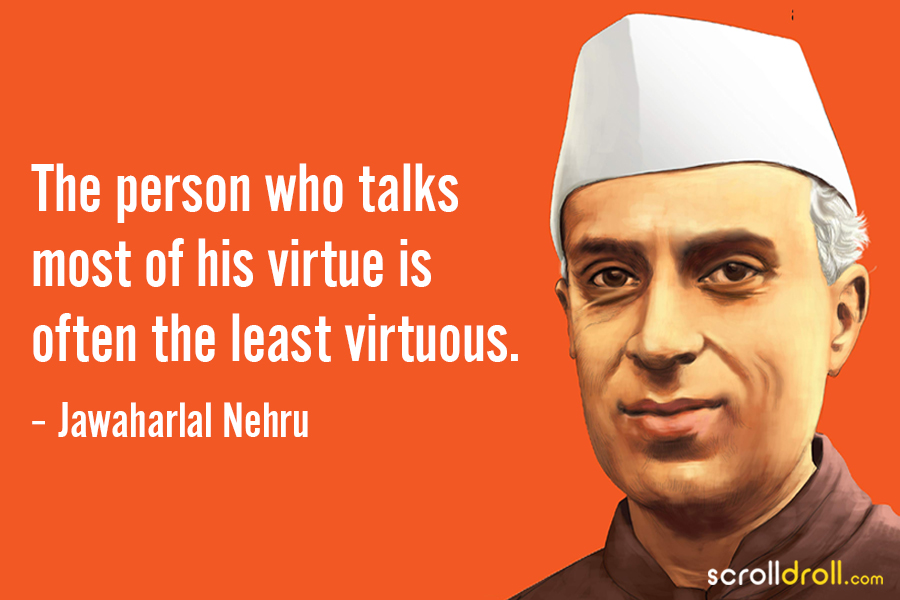 16. Citizenship consists in the service of the country. – Jawaharlal Nehru 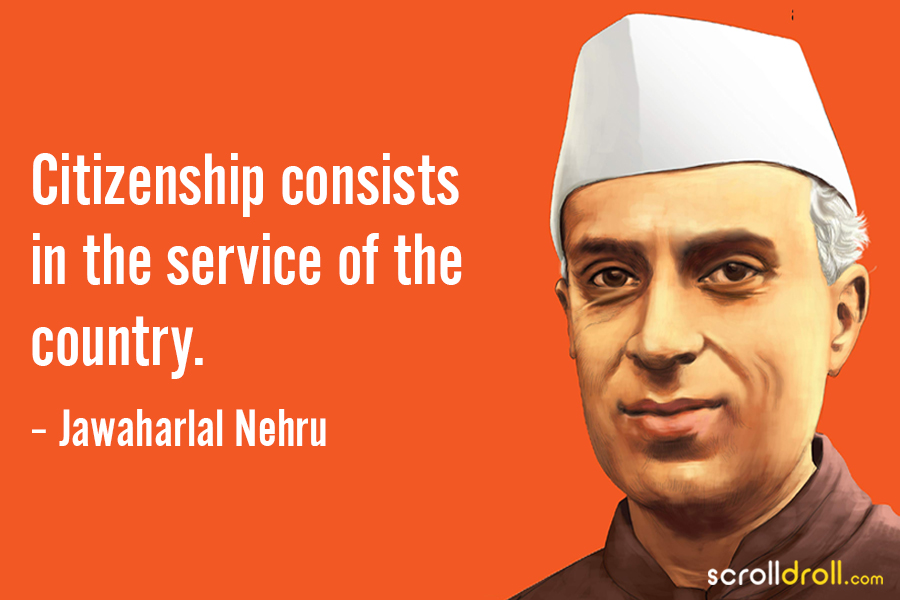 17. Every little thing counts in a crisis. – Jawaharlal Nehru 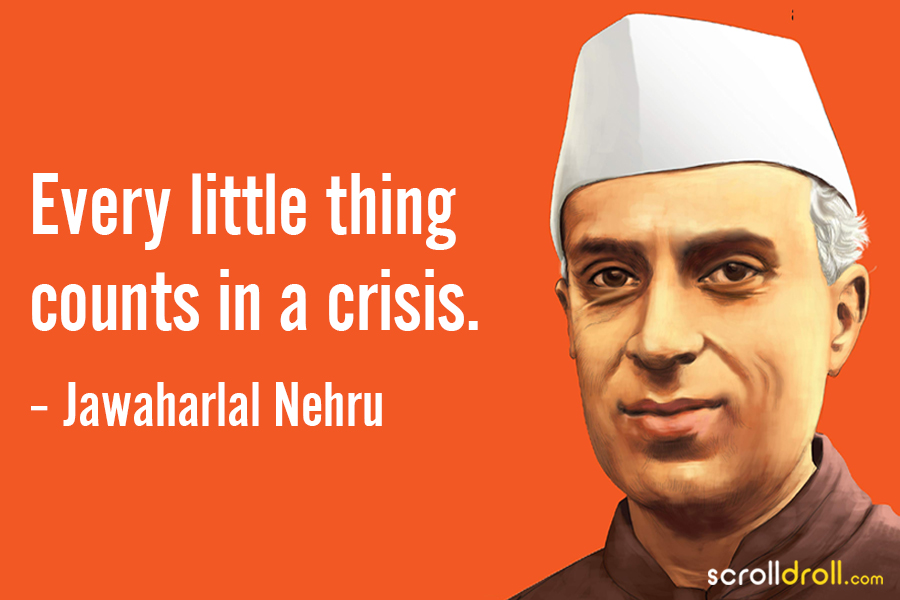 18. You don’t change the course of history by turning the faces of portraits to the wall. – Jawaharlal Nehru 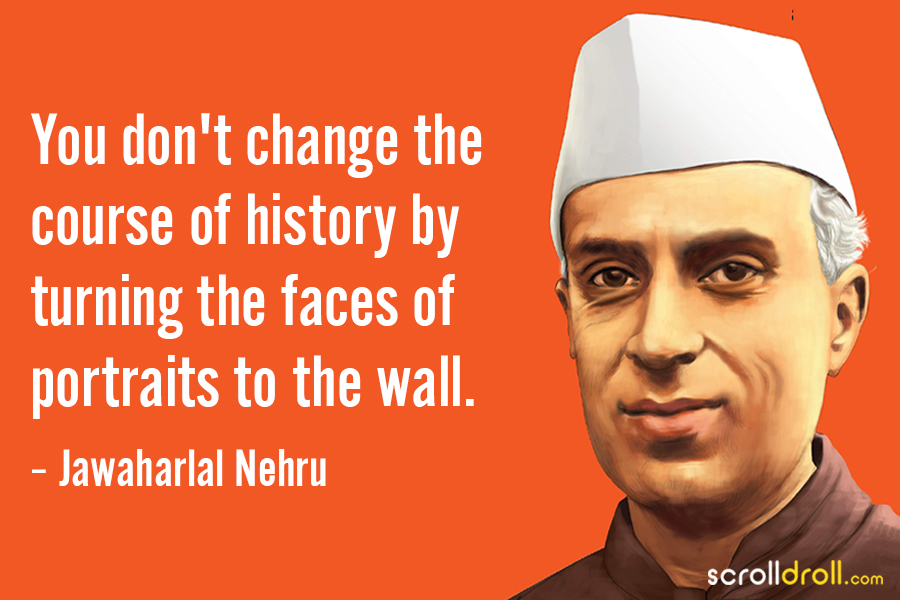 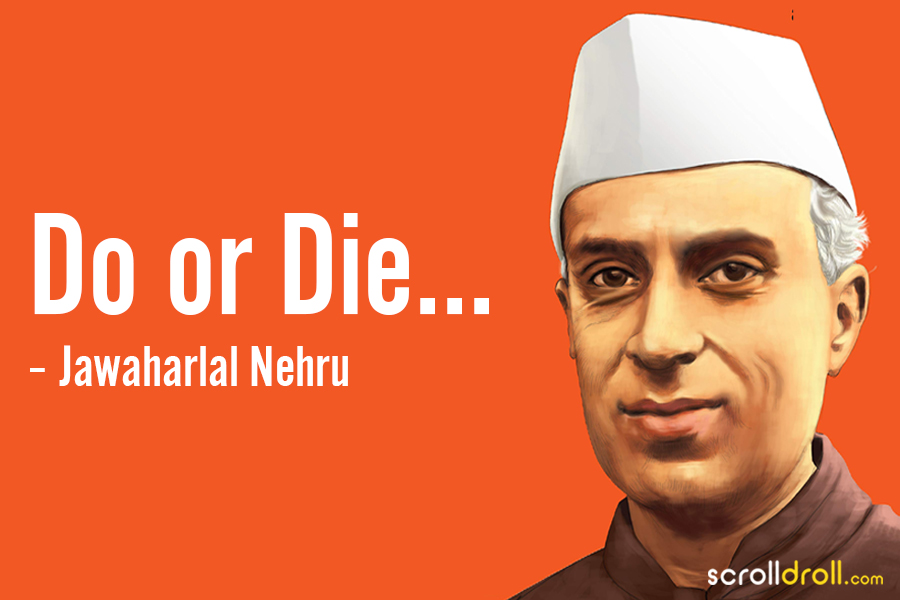 20. The best and noblest gifts of humanity cannot be the monopoly of a particular race or country; its scope may not be limited nor may it be regarded as the miser’s hoard buried underground. – Jawaharlal Nehru 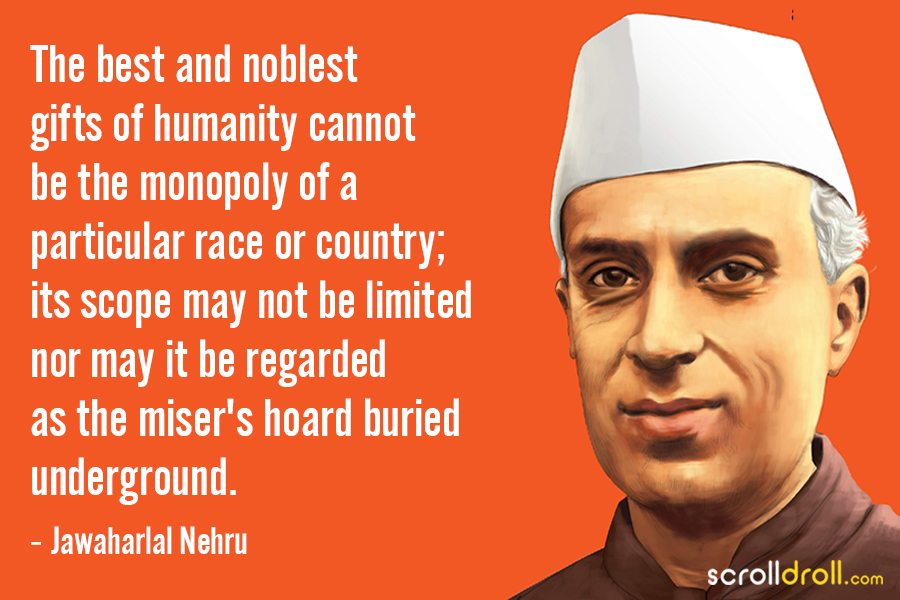 While the legacy of Jawaharlal Nehru has been challenged in the recent years, the contribution of Pandit Ji is shaping India’s non-aligned foreign policy, upholding India’s secularism and constitutional ideas along with ensuring the unity and integrity of the Republic of India cannot be denied.

Did we miss any other powerful Jawaharlal Nehru quotes? Do let us know in the comments below and we will add it to this article.