The famous politician and general of the Roman Republic, Gaius Julius Caesar is a name known to all. There have been academic as well as literary works devoted to this figure in history whose name has gone down as one of the greatest leaders of all time. He is credited with achievements such as conquering the Gallic tribes, introducing the Julian calendar, and rebuilding the cities of Carthage and Corinth. He was also a skilled orator and undertook various measures to relieve Rome of the financial distress it was experiencing in his time. Such an important figure was he, that the renowned playwright William Shakespeare wrote a play revolving around Julius Caesar as the central character – The Tragedy of Julius Caesar – a work that has come to be recognised as one of the playwright’s finest. Another lesser-known fact about Caesar is that he himself was a prolific writer, having authored military documents such as commentaries on the Gallic Wars. He also wrote poetry, as a lone surviving poem on Terence lets us know. To explore this figure a bit further, let’s take a look at some of the most powerful quotes by Julius Caesar.

Also read: 20 Great Quotes From Shakespeare’s Plays That Stood The Test Of Time

1. Close to what we call confirmation bias nowadays, isn’t it? 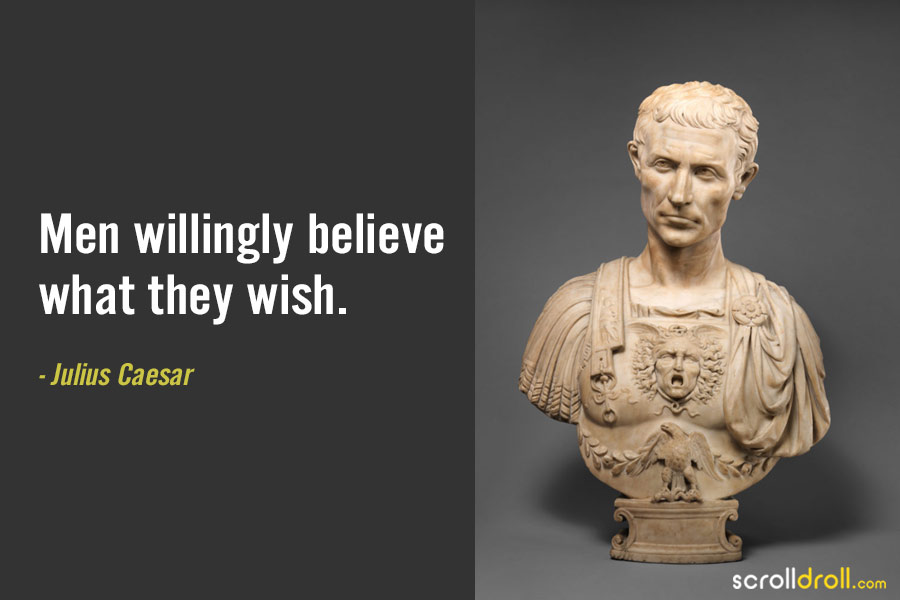 2. Applies to military tactics as much as it does to life… 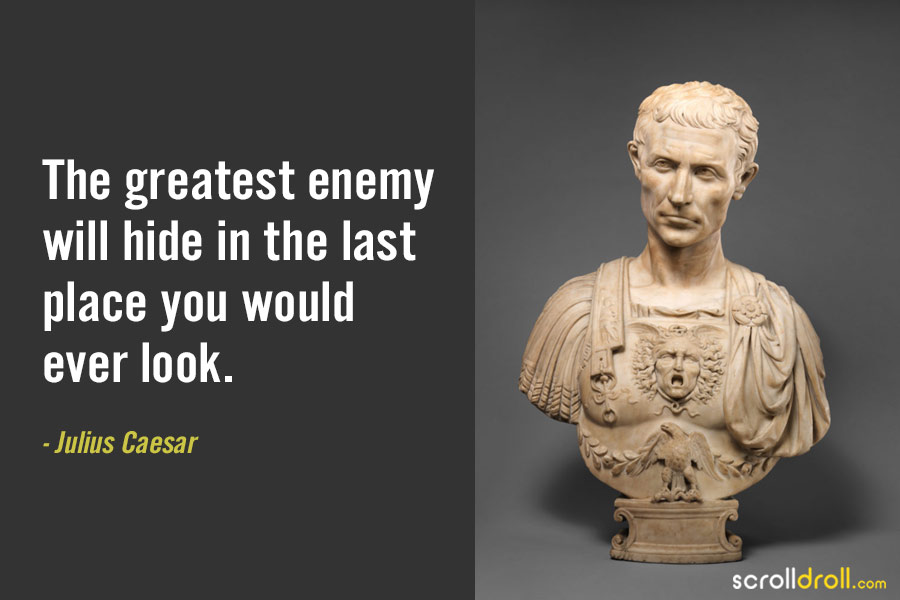 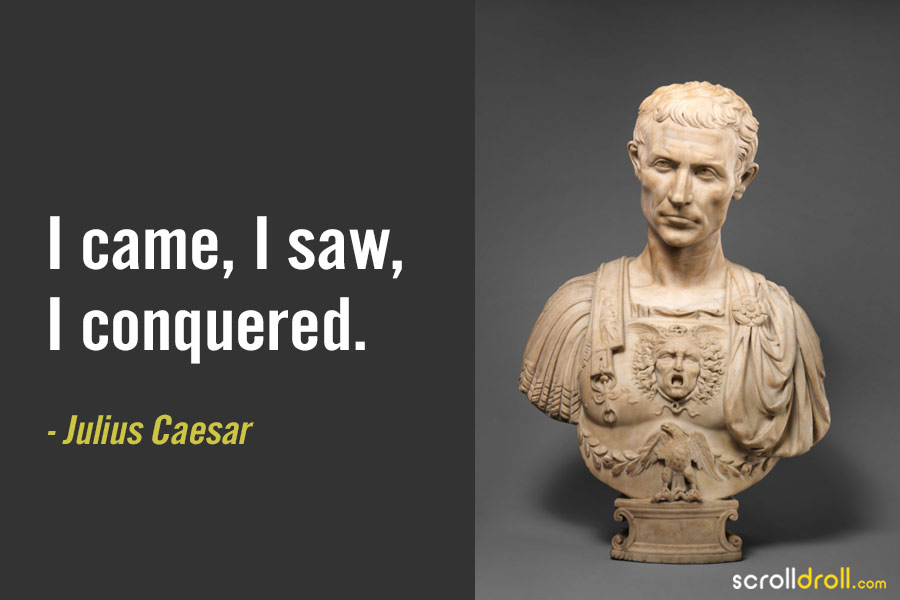 4. Was he trying to send a message to all the overthinkers out there? 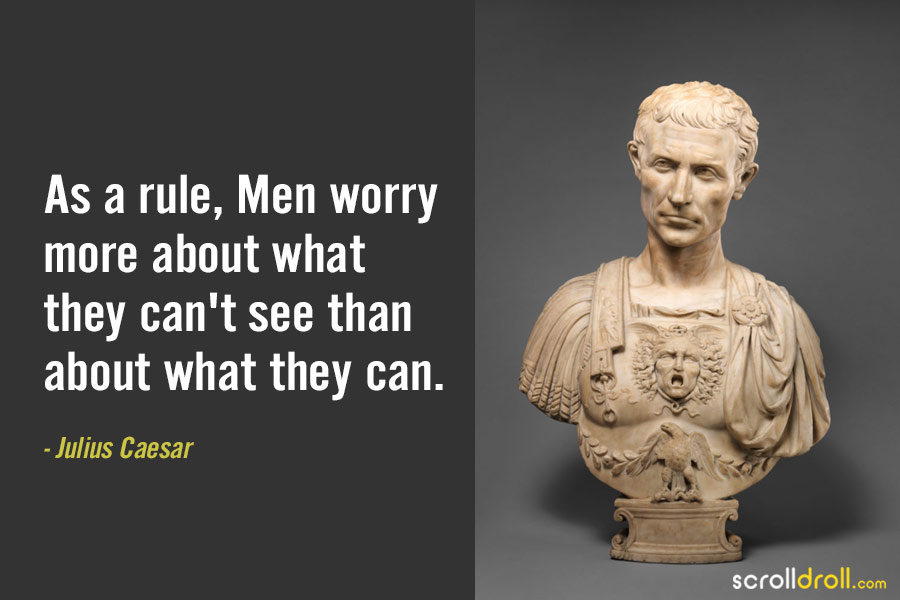 5. The truth about human psychology. 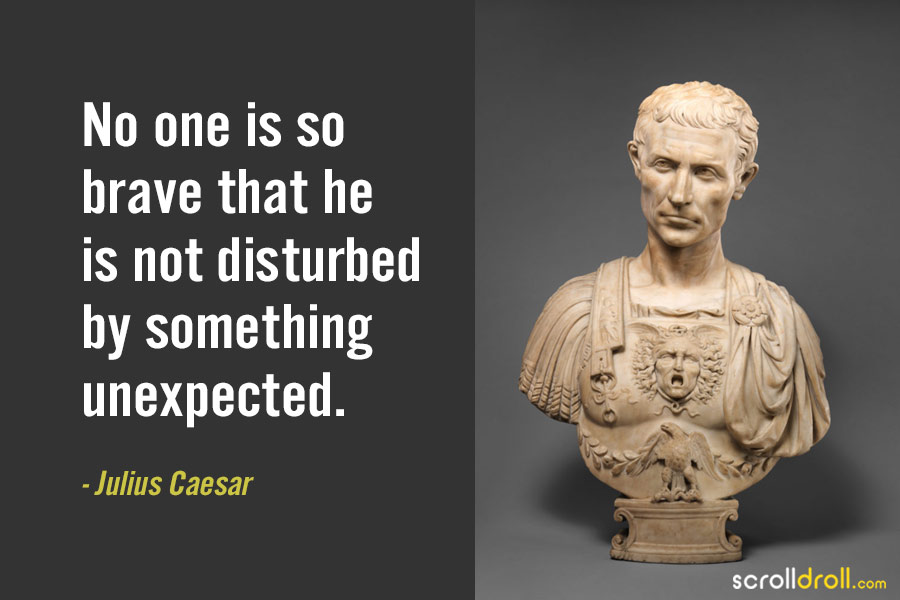 6. Talk about virtue and fearlessness. 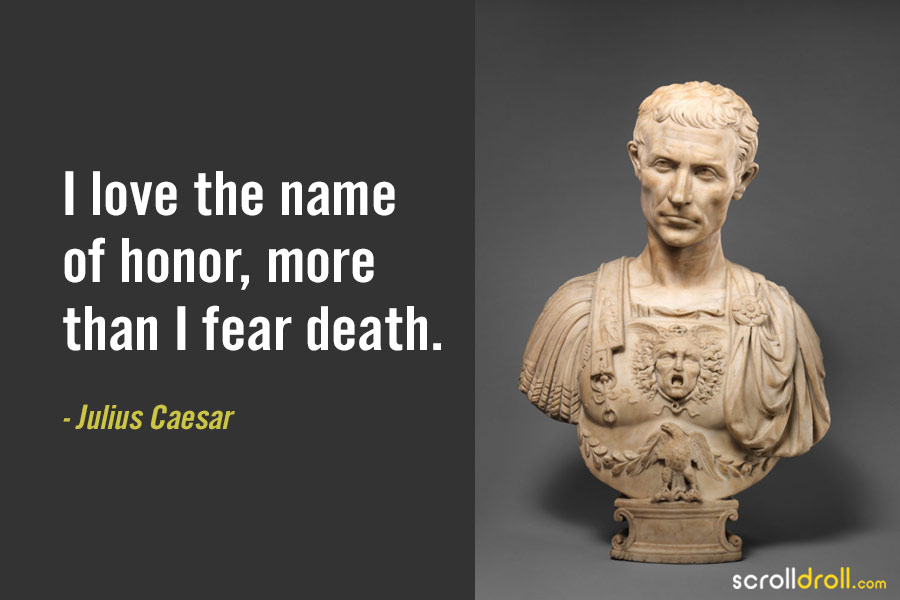 7. The strides modern education is attempting to make in that direction only prove how true these words are. 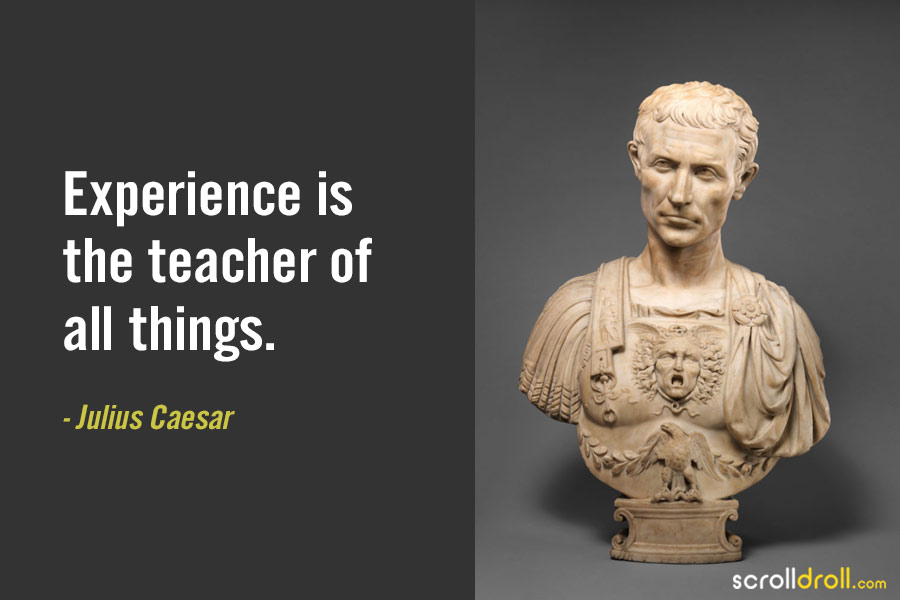 8. For you die every time you refuse to live a little more. 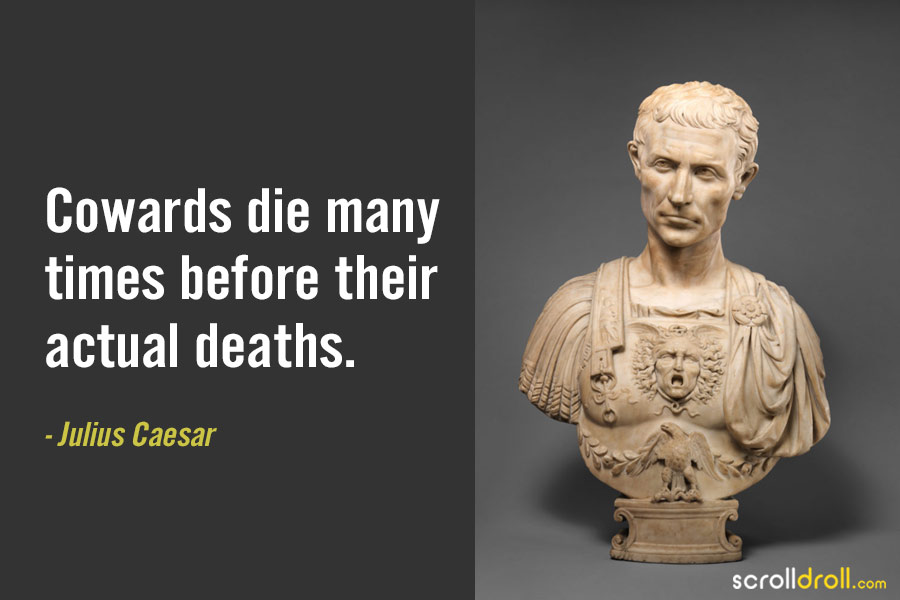 9. Open to interpretation like almost everything in this world, this quote can be seen as but a reflection of the responsibilities that fame and ambition bring about upon the persons bearing the same as well as those close to them. 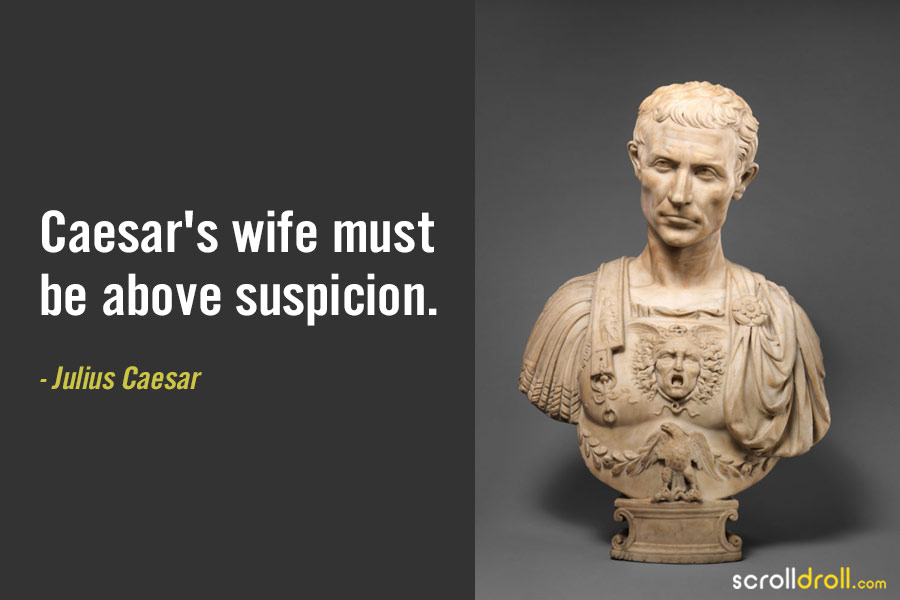 Did you find these powerful quotes by Julius Caesar interesting? Let us know in the comment section which of these made you stop and think!