A wealthy shark on the show, Ashneer Grover has one of the highest net worths. Based on a report in GQ India, Ashneer Grover’s net worth is estimated to be in the region of Rs. 700 crores. He lives in Panchsheel Park, an opulent residence in Delhi. An estimate puts the value of his immense luxury home at up to Rs 30 crore. He also has a collection of high-end luxury automobiles such as the Mercedes-Maybach S650, Porsche Cayman S, Audi A6, and Mercedes-Benz GLS 350 among others. Scroll down to know more about the net worth of Ashneer Grover. 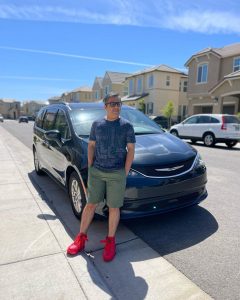 Ashneer Grover is a businessman from India much known for his appearance in the popular television show Shark Tank. He became popular as a judge in Shark Tank for his ill temperament and blunt statements that rather subjected him to criticism. While some people may recognize him for his razor-sharp knack in business, others know him as the CEO of Unicorn and BharatPe.

He holds expertise in matters of microfinance and has worked his way to the top, as claimed by many admirers. Regardless of one may perceive him, the truth holds that he is not just another jurist that people would forget over time. Read the complete article to know the net worth of Ashnner Grover along with other details about him.

Net Worth of Ashnner Grover

Ashneer Grover, one of the world’s most famous entrepreneurs, has a net worth of $105 million, which in Indian currency amounts to nearly 800 crore rupees. According to several web resources (namely Forbes, IMDB, etc.), Ashneer Grover’s net worth is estimated to be a little over $105 million.

Ashneer Grover once paid almost a crore rupees (about USD 120,000) for a bed. Although Ashneer Grover has accomplished much in his life, most people know him from the TV show Shark Tank India, which is a variation of the international Shark Tank.

It was his first meeting with his co-founders Shashwat and Bhavik after he left PC Jewellers in 2018. In June 2018, Bharat Pe launched an app for its payment gateway. With technical contributions from Shashwat, Bhavik, and Ashneer as well as their insight and skill, Bharat Pe was created. Even small vendors and Kirana shops in India use the software to enable UPI online payments. Small sellers (Kirana and grocery stores) can now pay with QR codes using Bharat Pe, one of the country’s leading enterprises for QR payments. BharatPe also offers small shop loans based on QR payments, in addition to the QR payment services.

Release Date of Hera Pheri 3 is To Be Out Soon; Karthik Aryan Replaced Akshay Kumar?