A Serbian-American inventor, electrical engineer, mechanical engineer, and futurist, Nikola Tesla is best known for his works on the modern alternating current (AC) and electricity supply systems. A scientist par excellence, Tesla also predicted the possibility of wireless communication and once built a wireless controlled boat. He also experimented with early X-ray imaging. Nikola Tesla quotes sums up his views, vision and message for young scientists working on revolutionary technologies and inventions.

We bring you some of the best Nikola Tesla quotes about science, inventions, society and life.

2. Of all things, I liked books best. – Nikola Tesla 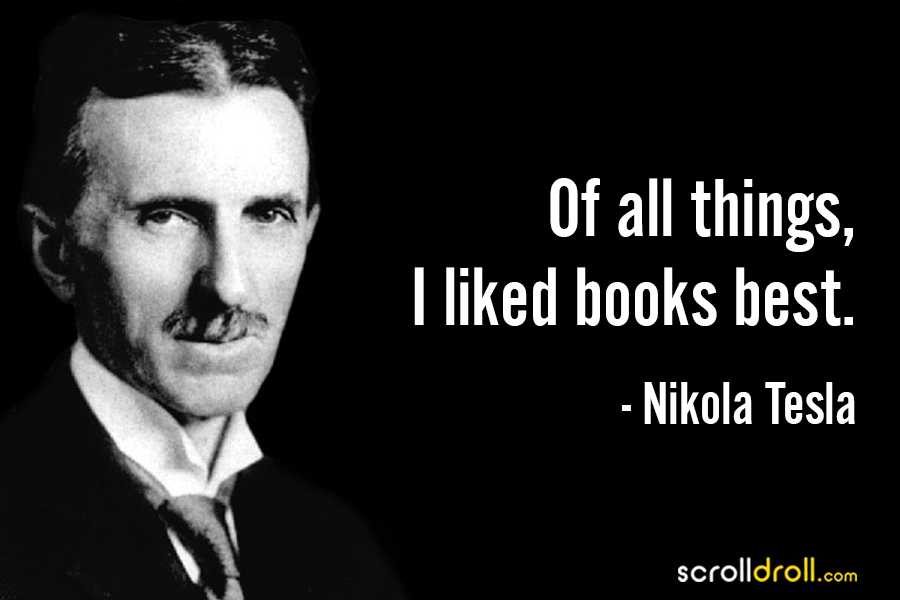 3. The day science begins to study non-physical phenomena, it will make more progress in one decade than in all the previous centuries of its existence. – Nikola Tesla 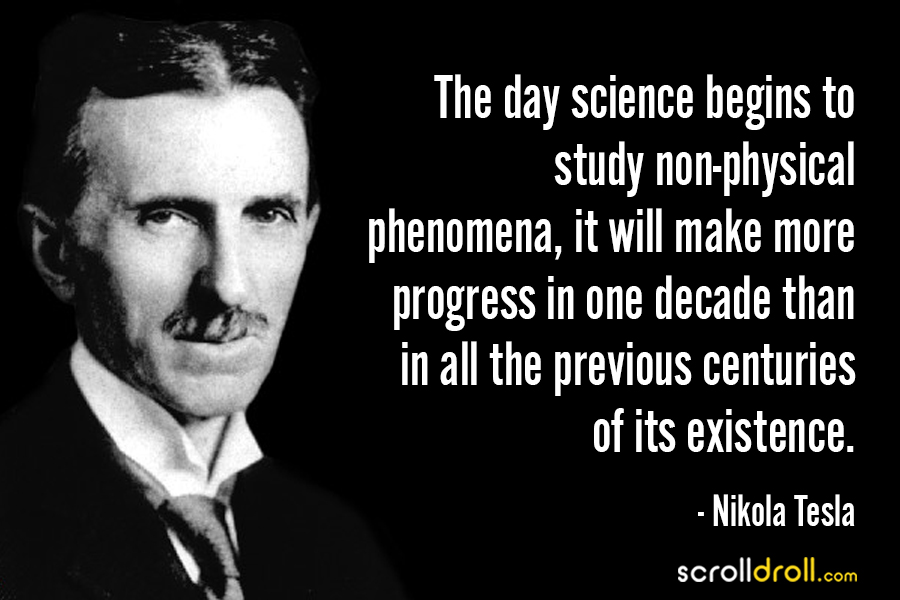 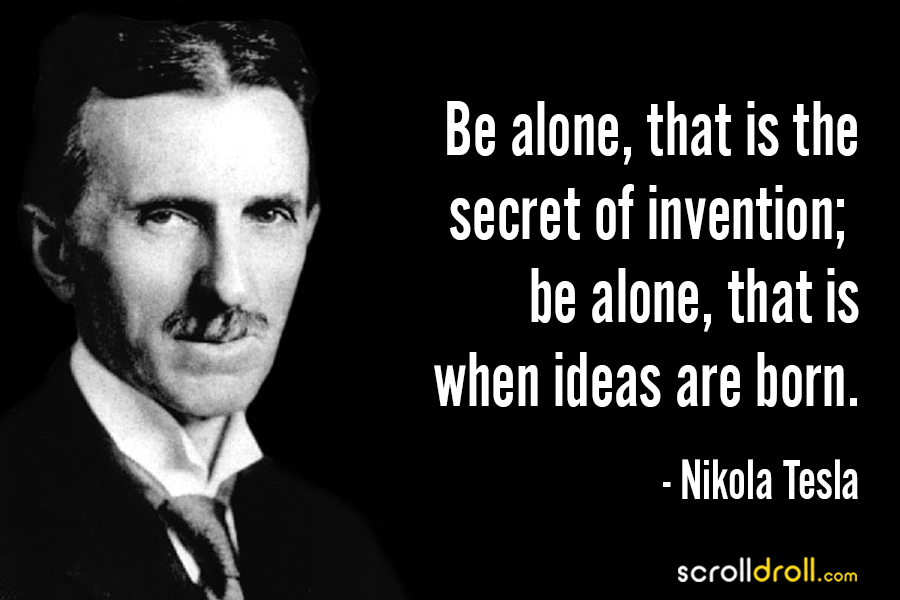 5. The present is theirs; the future, for which I really worked, is mine. – Nikola Tesla 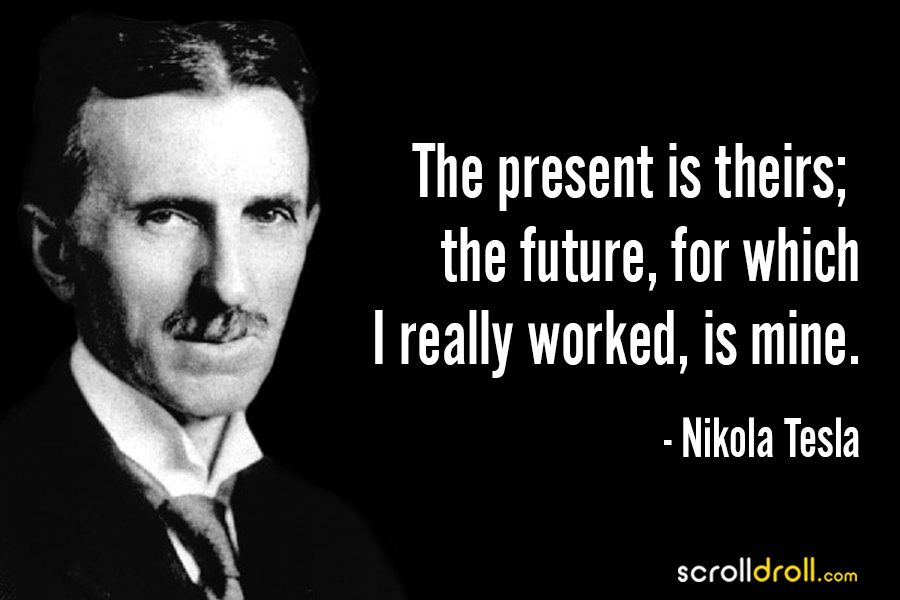 6. If your hate could be turned into electricity, it would light up the whole world. – Nikola Tesla 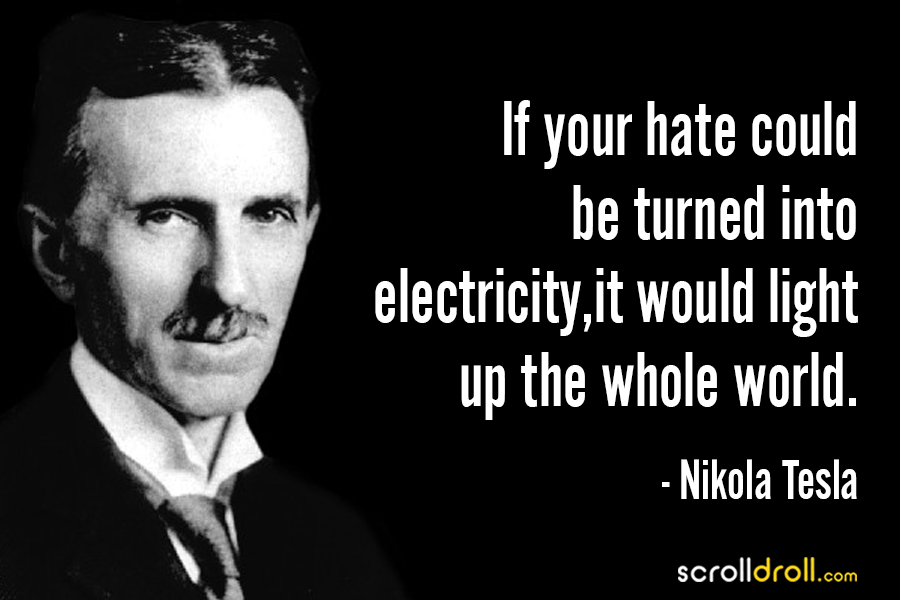 7. I do not think you can name many great inventions that have been made by married men. – Nikola Tesla 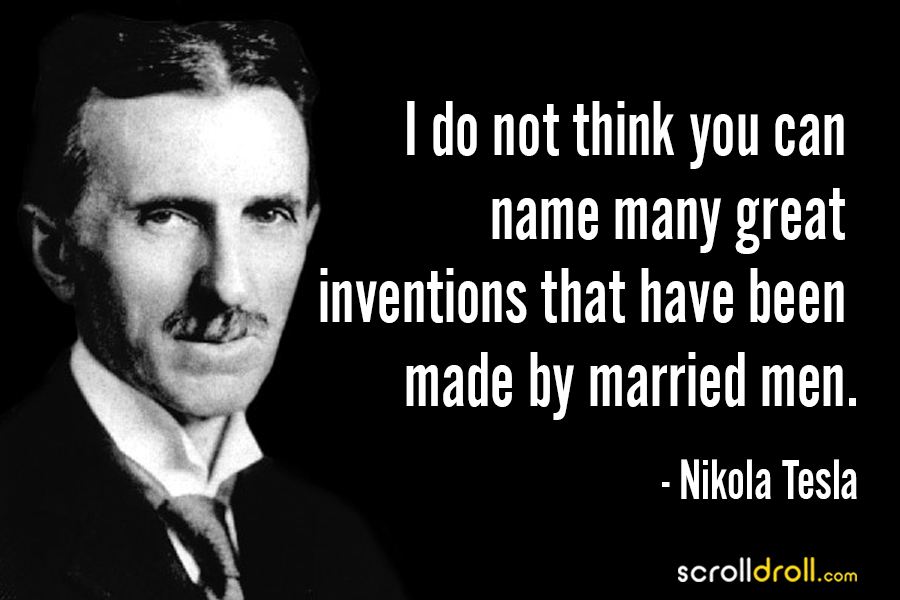 8. One must be sane to think clearly, but one can think deeply and be quite insane. – Nikola Tesla 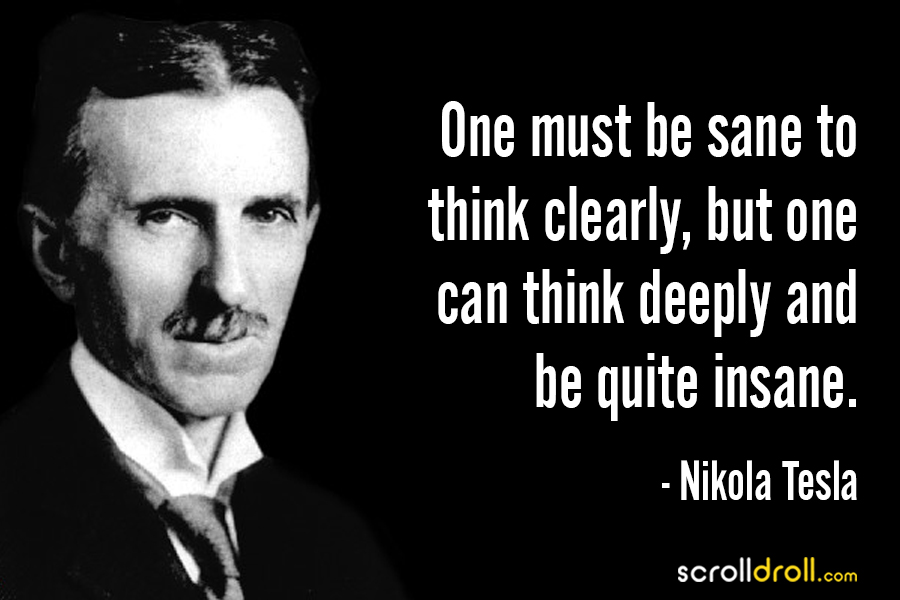 9. Our virtues and our failings are inseparable, like force and matter. When they separate, man is no more. – Nikola Tesla 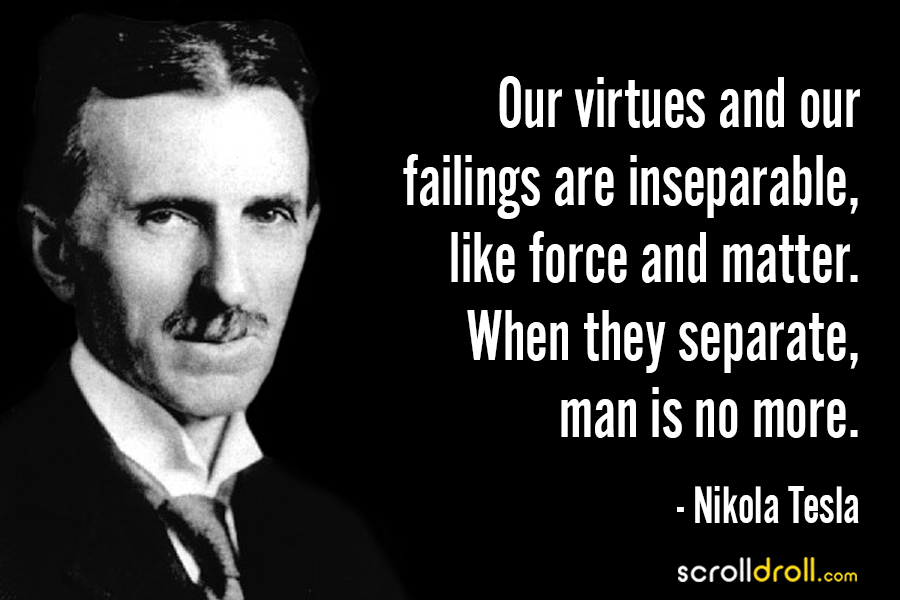 10. All that was great in the past was ridiculed, condemned, combated, suppressed — only to emerge all the more powerfully, all the more triumphantly from the struggle. – Nikola Tesla 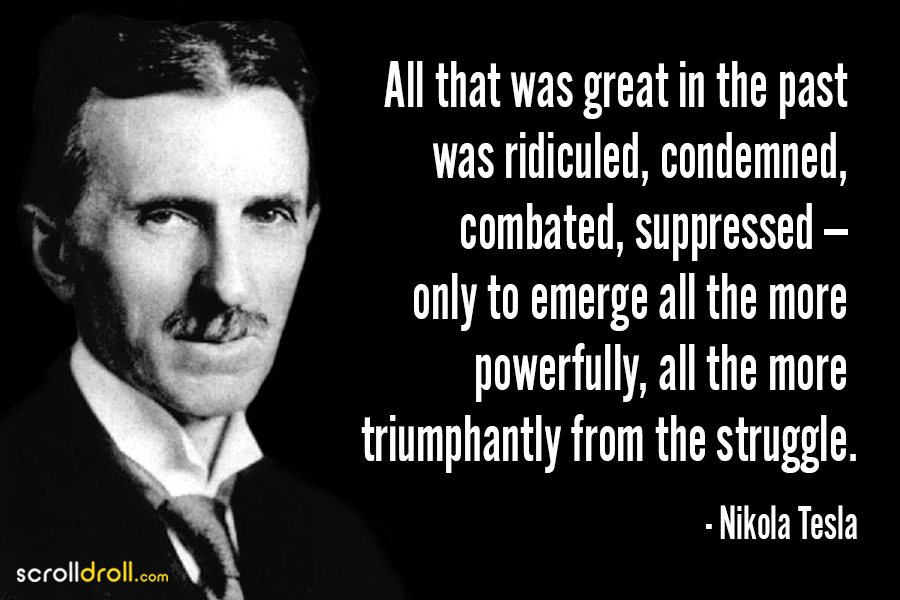 11. Invention is the most important product of man’s creative brain. The ultimate purpose is the complete mastery of mind over the material world, the harnessing of human nature to human needs. – Nikola Tesla 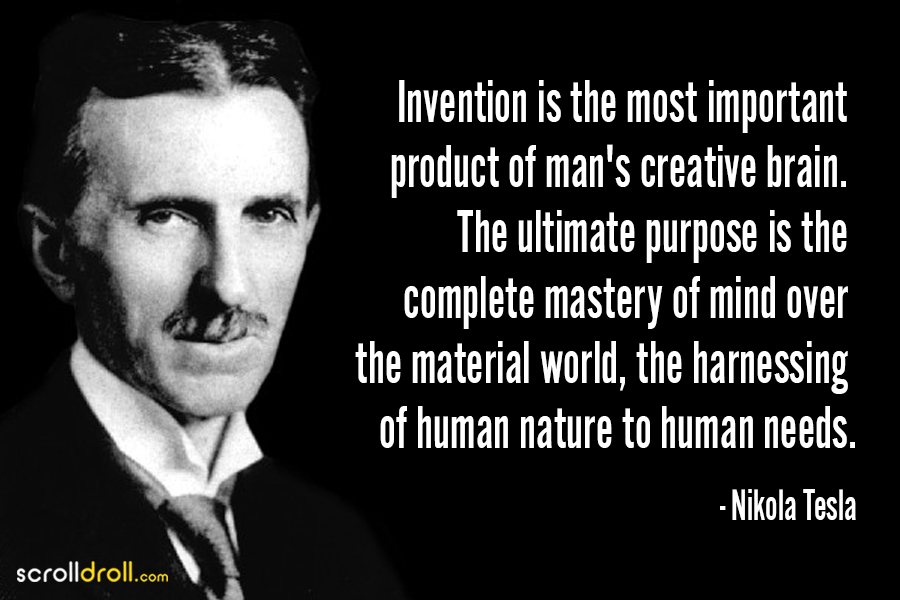 12. As I review the events of my past life I realize how subtle are the influences that shape our destinies. – Nikola Tesla 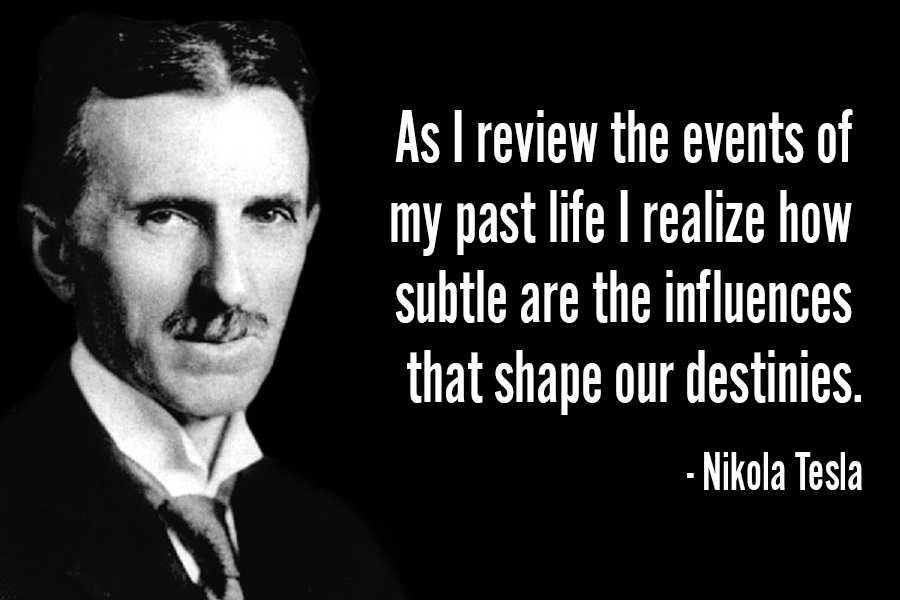 13. What one man calls God, another calls the laws of physics. – Nikola Tesla 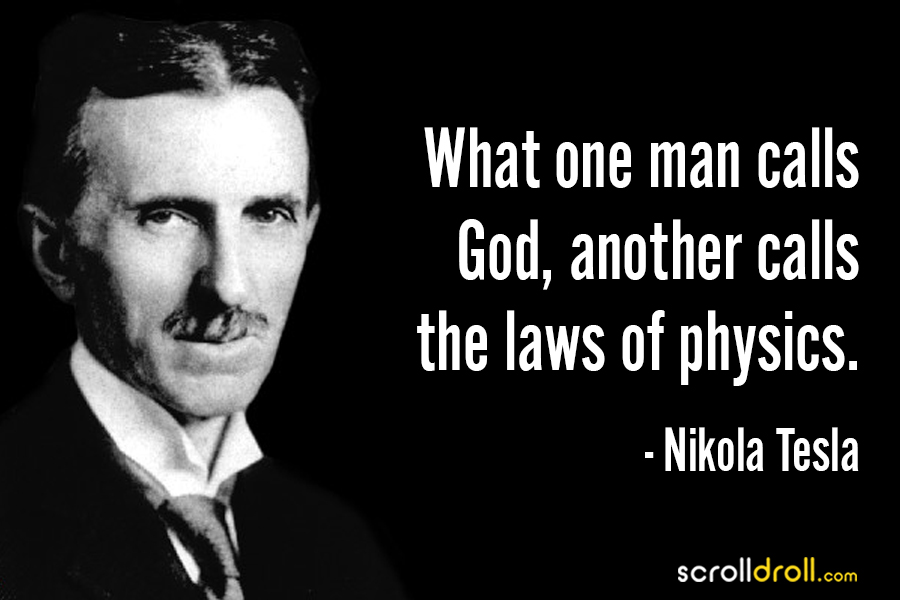 14. If you only knew the magnificence of the 3, 6 and 9, then you would have the key to the universe. – Nikola Tesla 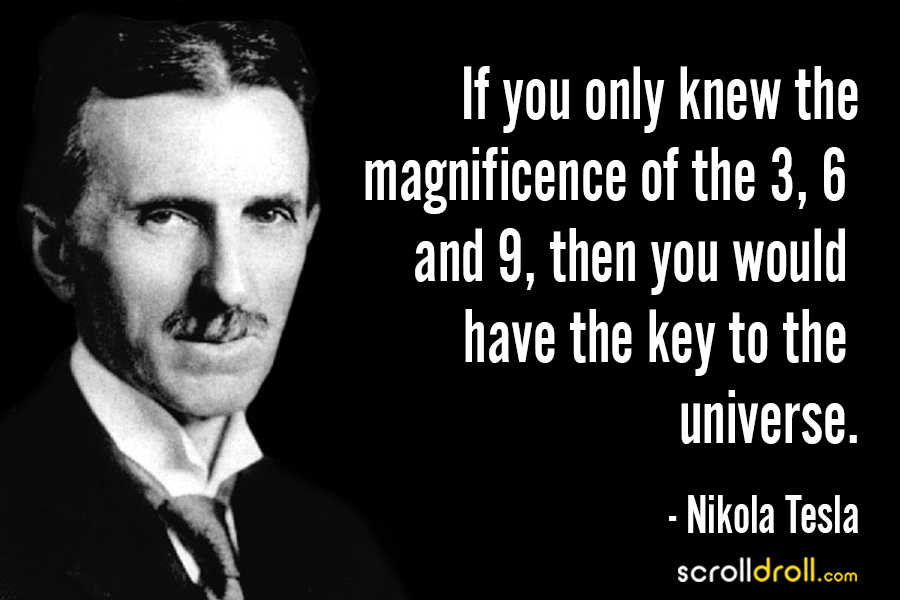 15. Today’s scientists have substituted mathematics for experiments, and they wander off through equation after equation, and eventually build a structure which has no relation to reality. – Nikola Tesla 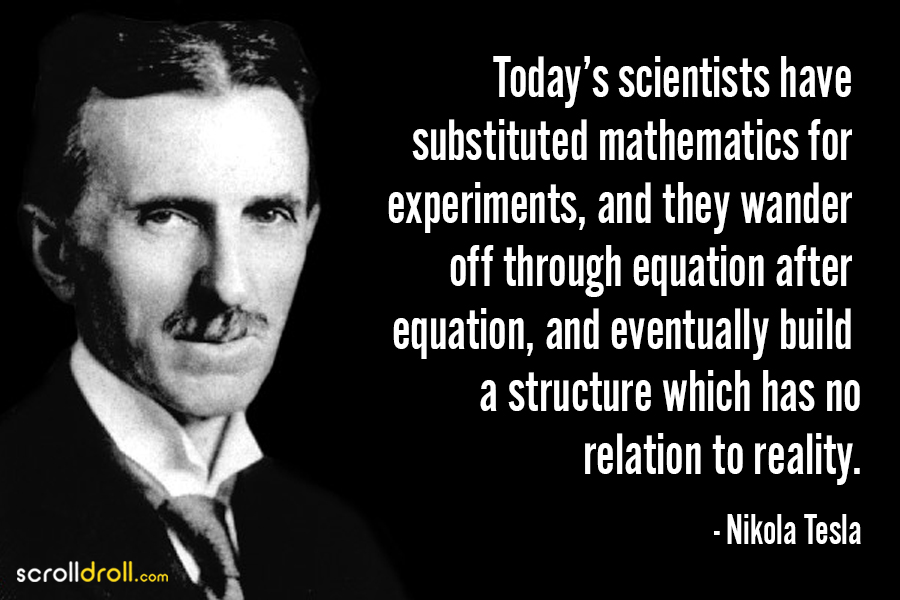 16. The individual is ephemeral, races and nations come and pass away, but man remains. – Nikola Tesla 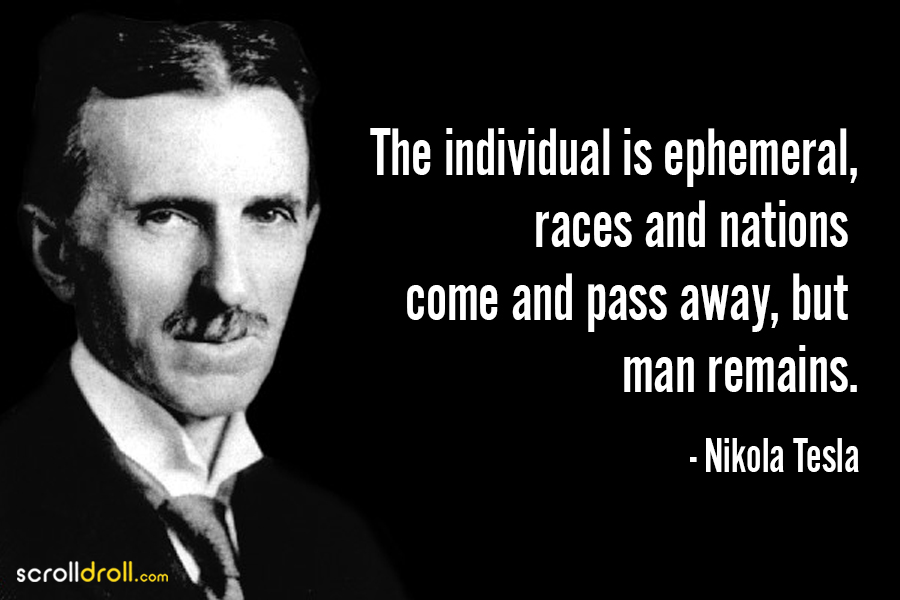 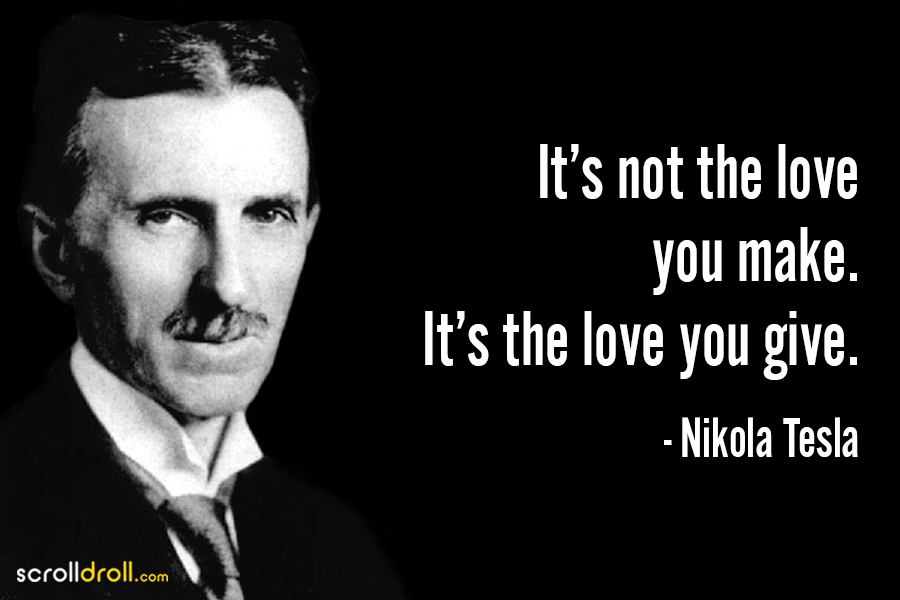 18. So astounding are the facts in this connection, that it would seem as though the Creator, himself had electrically designed this planet. – Nikola Tesla 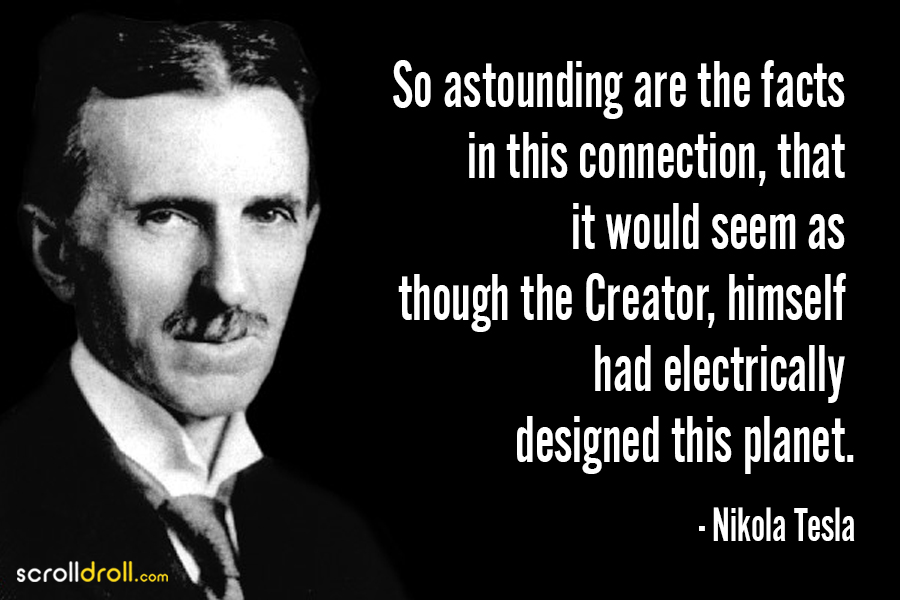 19. We crave for new sensations but soon become indifferent to them. The wonders of yesterday are today common occurrences – Nikola Tesla 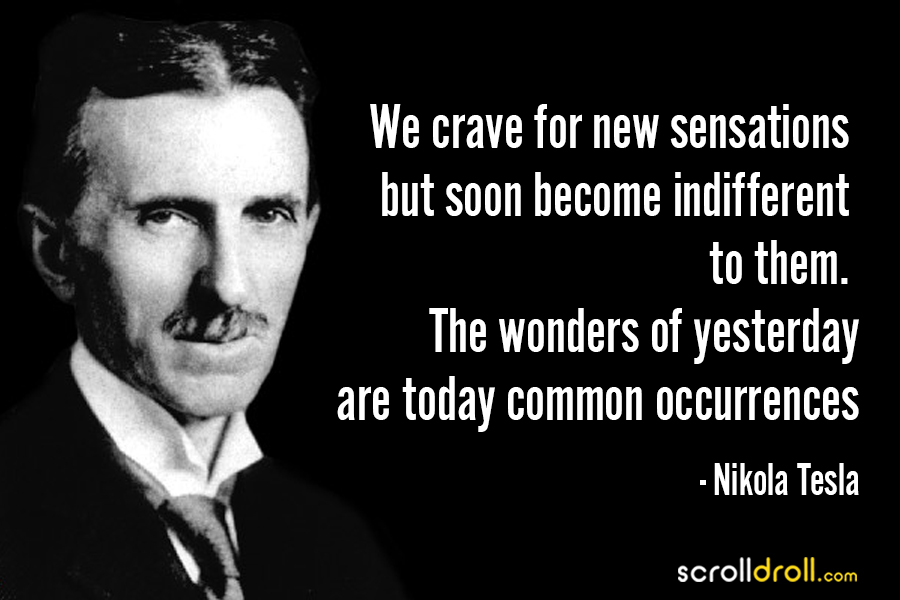 20. Life is and will ever remain an equation incapable of solution, but it contains certain known factors. – Nikola Tesla 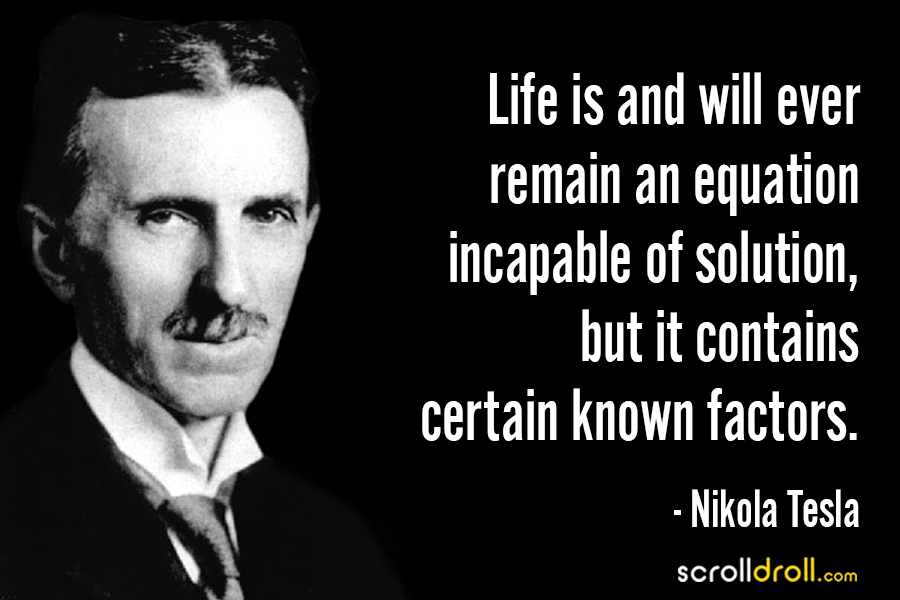 Did you know?
Nikola tesla was known to have a photographic memory and had memorized complete books. He could speak 8 different languages. He was also known as a stylish figure in New York city meticulous in his grooming and clothing. Tesla never married and considered this as important to pursue his scientific work. An interesting figure indeed!

Which of these Nikola Tesla quotes did you find the most hard hitting? Comment below!