After building a lucrative and successful acting career in Bollywood, Priyanka Chopra Jonas, a global icon, extended her charm throughout Hollywood. Priyanka has served as an inspiration for nearly all young women who watch her films and is steadily rising through the entertainment ranks by appearing in an increasing number of television programmes, motion pictures, voiceovers, and other projects. By becoming the first South Asian woman to star in an American television series, Priyanka Chopra has been dominating the entertainment industry like no one else, and we are giving her even more power by highlighting some of her greatest Hollywood achievements.  Here is a list of the 10 Best Priyanka Chopra Hollywood Movies and TV Shows!

A wealthy Indian family driver uses cunning to rise out of poverty and become a successful businessman. With an IMDb rating of 7.1, the drama starring Adarsh Gourav, Priyanka Chopra-Jonas, and Rajkumar Rao has been receiving positive reviews from both critics and viewers. 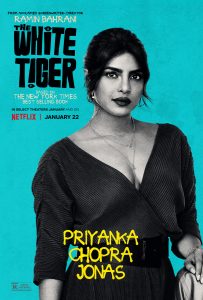 Natalie, the main character, has never shown any interest in the concept of love. But once, when being mugged, she was struck and knocked out. That caused her to enter a different reality where he was fascinated by love. Priyanka plays Isabelle in the film.

This film follows the story of a couple frantically looking for a good elementary school for their son Jake, who was 4 years old. However, due to Jake’s actions, they were having difficulties. Jake’s mother was concerned about his impairment, and Jake’s father questioned whether or not his inclination to dress up was really a phase. In this movie, Priyanka portrayed the part of a character named Amal. 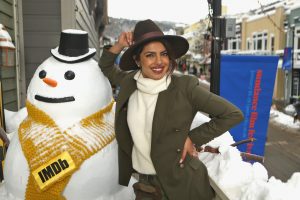 When Thomas Anderson accepts Morpheus’s offer, his seemingly routine life comes to an end. He then awakens to a new, safer, and far more deadly Matrix. Priyanka Chopra plays the role of Sati in this film.

This movie’s genres are action and humour. The series, which was first developed by Michael Berk, Douglas Schwartz, and Gregory J. Bonann, is the basis for the movie. Dwayne Johnson, Zac Efron, Priyanka Chopra Jonas, and numerous other actors were part of the cast. In this instance, Priyanka portrayed a part that was somewhat vampire-like.

Priyanka worked on a Hollywood movie that is among the most well-known. The Hollywood drama-thriller series is really well-curated. Priyanka Chopra Jonas, Jake McLaughlin, Yasmin Al Massri, and more actors are featured in the cast. 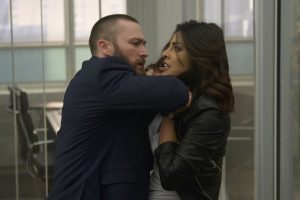 7. If I Could Tell You Just One Thing

On March 27, “If I Could Tell You Just One Thing” debuted exclusively on Chopra’s YouTube channel, which has 1 million followers. In the special, Chopra encounters American Olympic gymnast Simone Biles, YouTuber-rapper Awkwafina, and fashion designer Diane von Furstenberg (who discusses being sexually assaulted by former USA Gymnastics physician Larry Nassar). Each visitor tells Priyanka “just one thing” to help motivate and advise her while also sharing some of her own personal experiences. 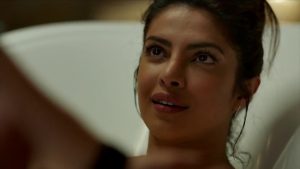 A six-part National Geographic television series called ACTIVATE explores Global Citizen’s initiatives to end extreme poverty by 2030. As campaigners work to remove obstacles to girls’ education, such as funding for public school and the availability of menstrual hygiene supplies, Priyanka Chopra Jonas joins them in their cause. 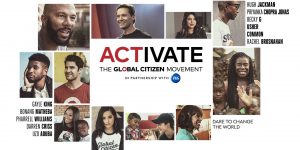 Insight and inspiration from eminent thought leaders are shared in the daytime OWN series Super Soul Sunday, winner of an Emmy, to help viewers discover their best selves and a deeper connection to the world. Enjoy weekly dialogues between Oprah and leading authors, thinkers, and spiritual authorities.

Priyanka Chopra Jonas, an actress, author, and humanitarian, talks about her quest for self-awareness, her marriage to Nick Jonas, and her No. 1 New York Times bestselling novel.

The Jonas Brothers Family Roast is now available on Netflix, and it is as hilarious as can be expected. The episode, which is hosted by Kenan Thompson, focuses on Kevin, Joe, and Nick and their partners Danielle Jonas, Sophie Turner, and Priyanka Chopra. Priyanka enters the stage during one segment of the roast and roasts her husband Nick Jonas. 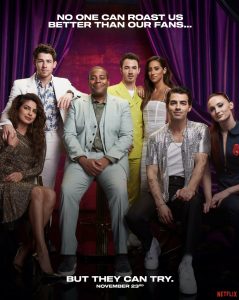 So, this was a compilation of what we believe are the best Priyanka Chopra Hollywood Movies and TV Shows and after reading this, we can surely say that the desi girl has a long way to go!

Features of A Good Crypto Exchange!