11 Quotes From Rig Veda That Will Enlighten You

This article will introduce you to some quotes from the Rig Veda. The Rig Veda is one of the oldest texts known to us. It is a collection of Vedic Sanskrit hymns and is the first of the series of four sacred texts known as the Vedas. The other three Vedas are the Yajurveda, Samaveda, and Atharvaveda. The text contains hymns as well as questions of philosophical and metaphysical importance. Some of the verses from the Rig Veda are chanted to this day in prayers and as part of rituals on days of importance, such as weddings. The text consists of 1028 hymns that are organised into ten books, known as mandalas. It is believed to not have been the creation of a single person, but a collaborative effort by a number of people.

Also read: 14 Profound Classic Literature Quotes That Will Stay With You

1. The emphasis on the importance of hard work and dedication never really wanes. 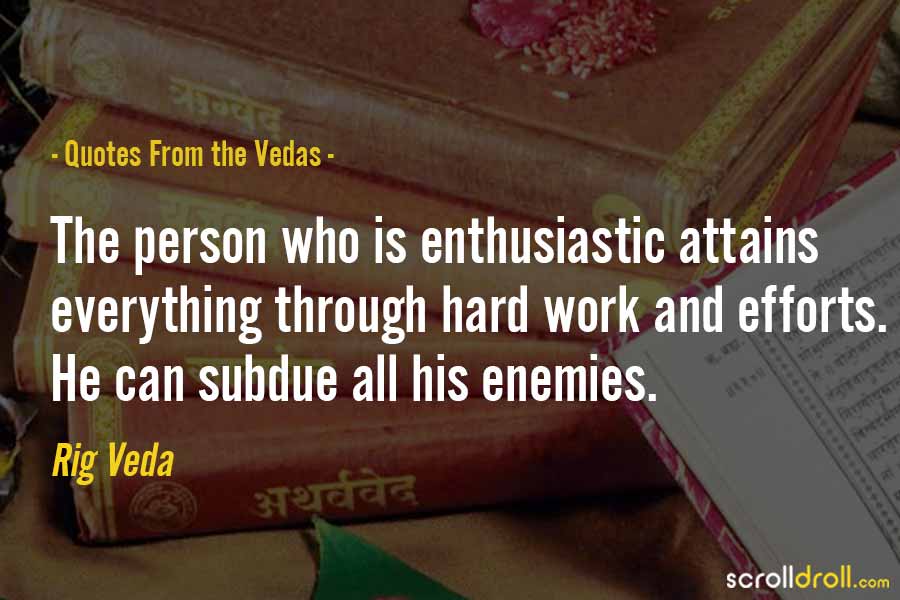 2. While you reach the heights of success, your feet should be firmly planted on the ground. 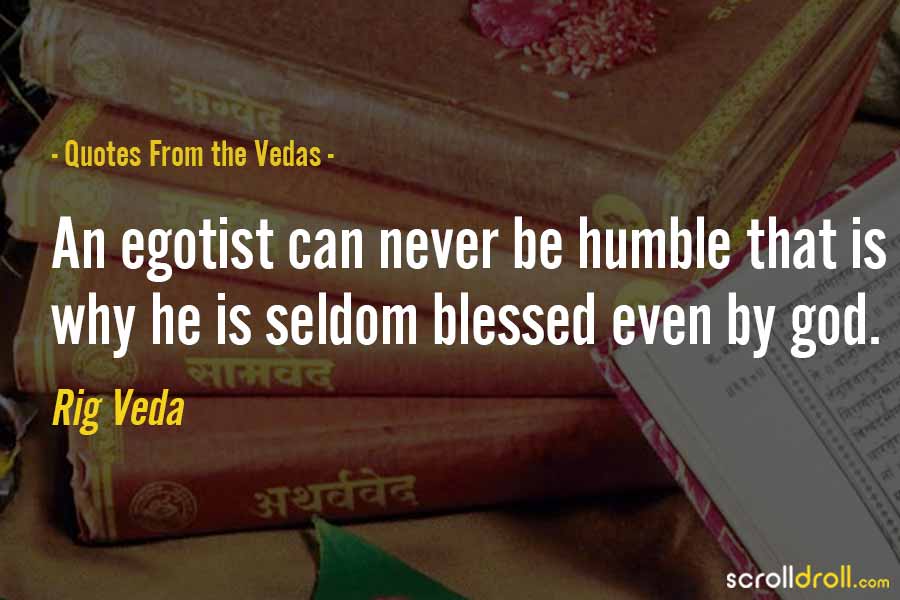 3. As Frank Herbert was to say many years later, “education is no substitute for intelligence”. 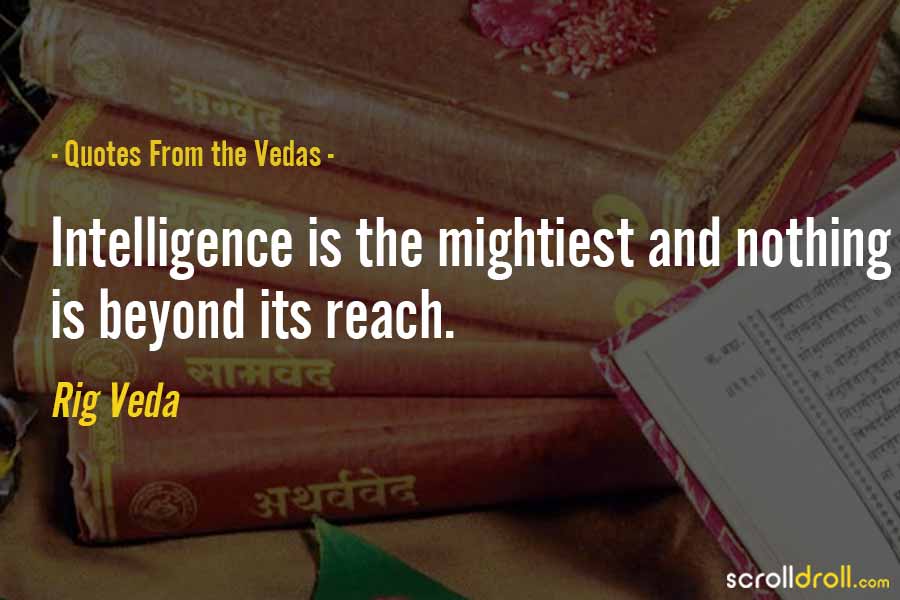 4. That sole entity that can destroy the larger being it is part of. 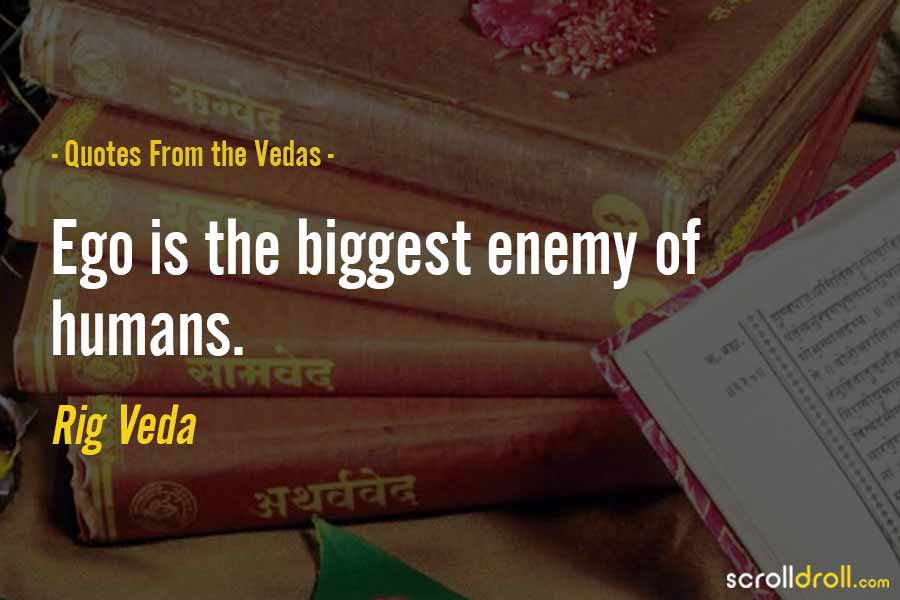 5. A quote that makes so much sense in the context of religion, especially today. One that also can be interestingly examined in the post-truth era. 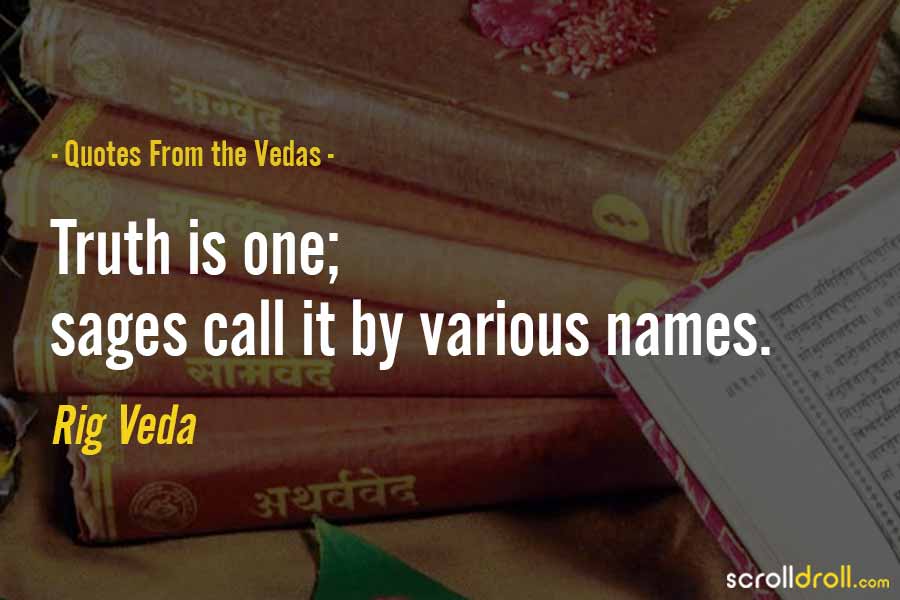 6. Virtues of a humane human being. 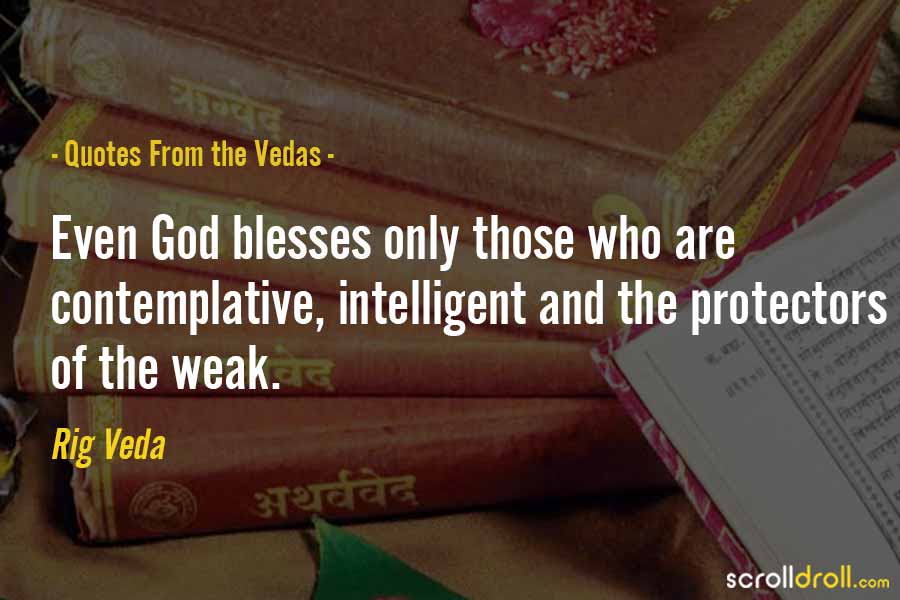 7. To place this quote in the modern era, it is but evident to what extent a person’s place of birth, language and culture give them a sense of identity and security. 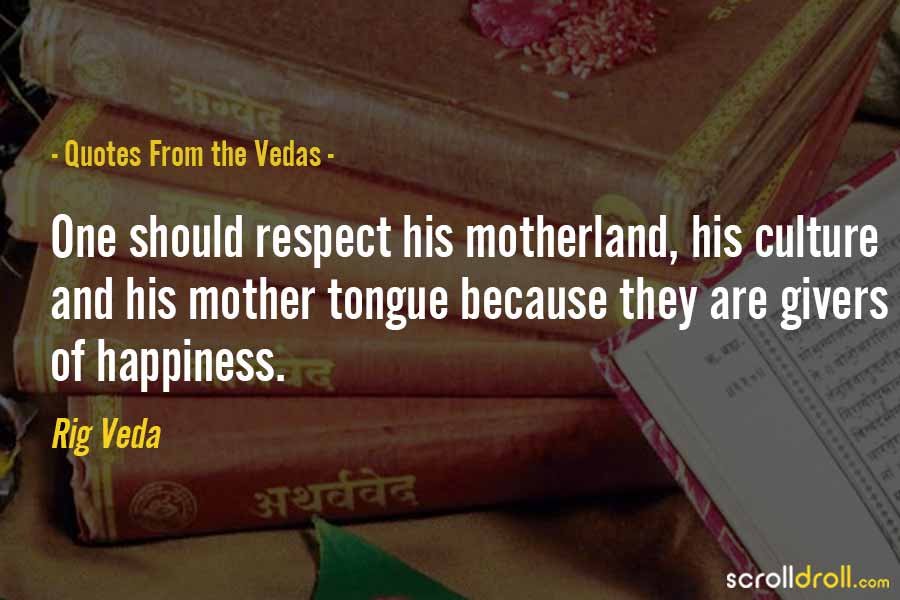 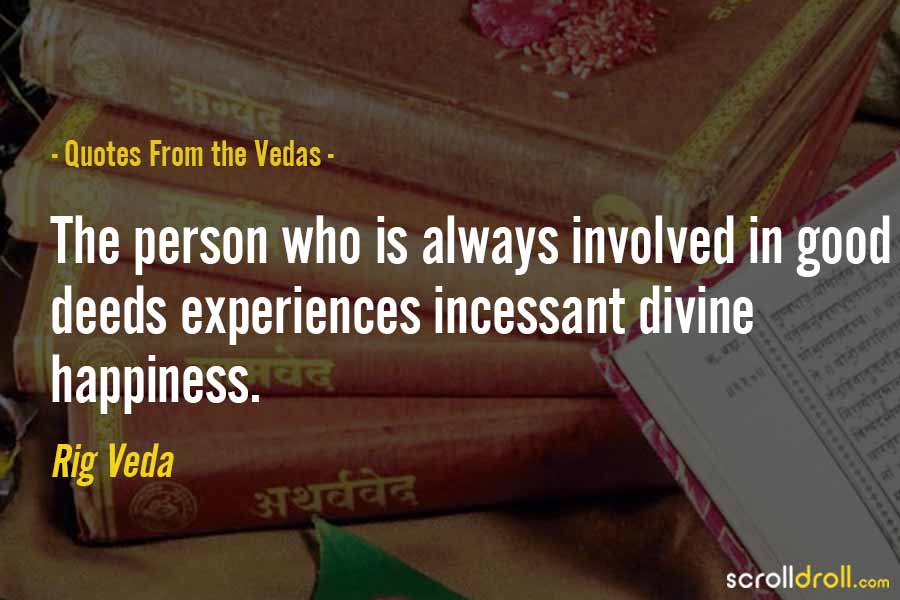 9. The modern political relevance of this insight need not be pointed out, right? 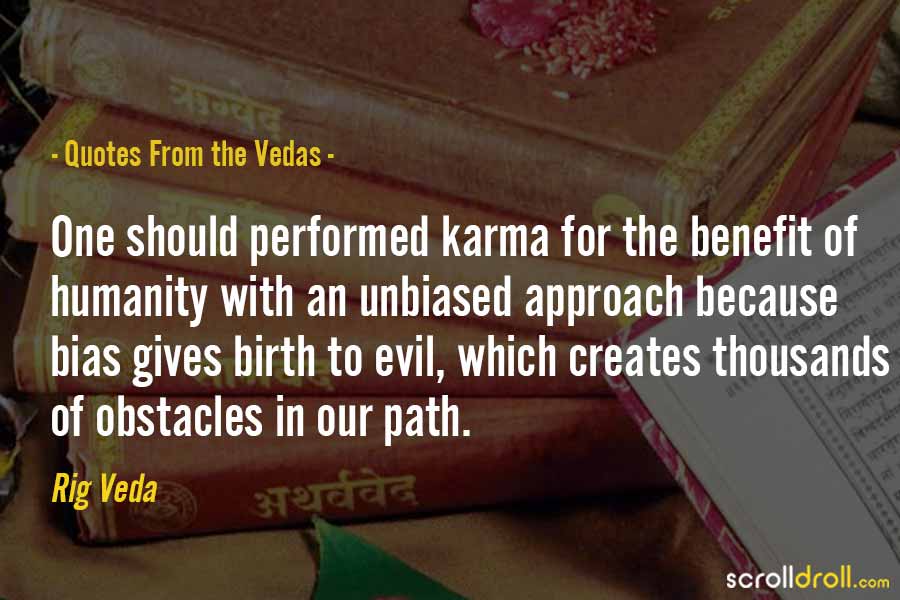 10. This is essentially the same logic running through the practice of yoga – to bind the mind, body and spirit in harmony. 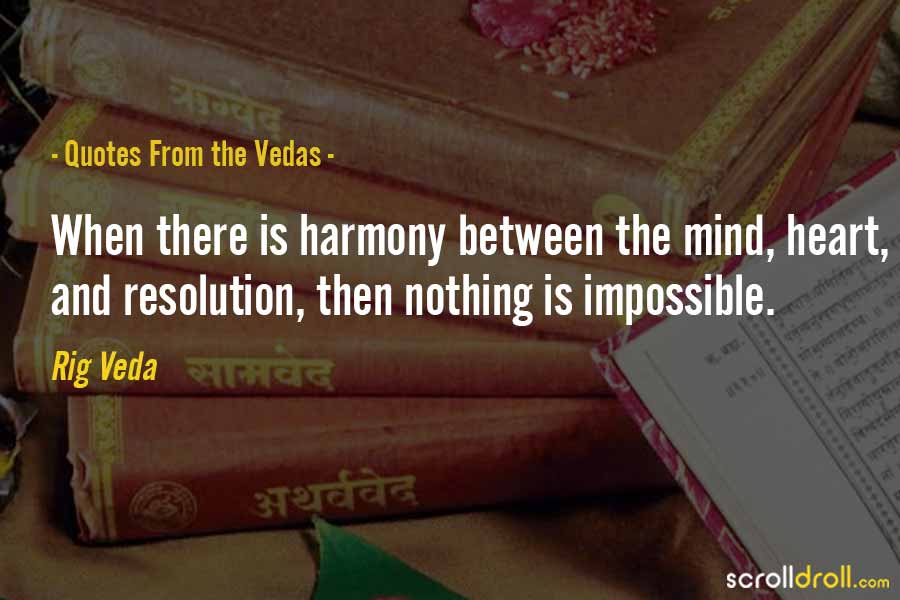 11. What keeps you grounded is what helps you fly. 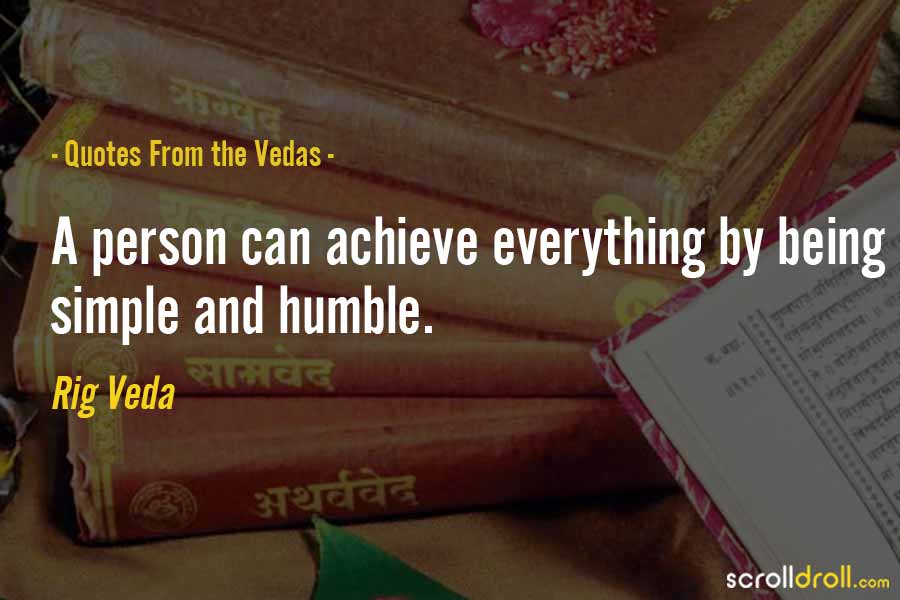 It is interesting how some of these pearls of wisdom are actually what we have been taught by our elders – this really only shows how the ancient insights have remained a part of our culture by ensuring their place in our minds. We hope you gained something by reading these quotes from the Rig Veda.

14 Best Quotes From The Monk Who Sold His Ferrari