Telugu movies are where you should head over! Telugu movies have teamed up with the best equipment, high-definition cameras, and highly qualified technicians of all kinds. Everything is good about Telugu cinema nowadays in terms of quality, but not necessarily quantity.  Here are 6 upcoming Telugu movies in December 2022.

Following the huge success of Karthikeya 2, 18 Pages will mark Nikhil Siddarth and Anupama Parameswaran’s next appearance. Written by Sukumar and directed by Palnati Surya Pratap, 18 Pages is a romantic comedy. The movie features Siddhu and Nandini’s love story. 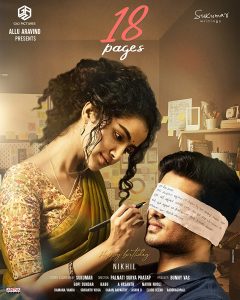 Telugu film ‘Rudhrudu’ is set for its release on December 23, 2022. Raghava Lawrence and Priya Bhavani Sankar will play the main roles in the Kathiresan-directed film. While not much is known about the film, its tagline is “EVIL IS NOT BORN, IT IS CREATED.”

Shiva Nirvana will soon release the love comedy Kushi in the Indian Telugu language. Vijay Deverakonda and Samantha Ruth Prabhu are its stars, and Mythri Movie Makers is the producer. The movie is set to open in theatres on December 23, 2022, right before Christmas. 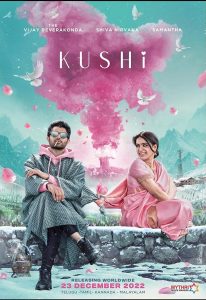 Sailesh Kolanu is the writer and director of the upcoming action thriller ‘HIT: The Second Case’. Adivi Sesh and Meenakshi Chaudhary are the stars of the second episode of The HIT Verse. The trailer provides us with a glimpse of Krishna Dev, a cool cop, as he investigates a frightening case. KD refers to criminals as “birdbrained” in the trailer but later finds himself resolving the horrifying murder that shocked the entire city. 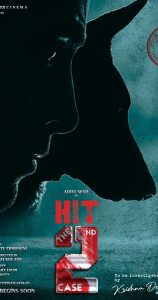 Five extraordinary stories from various lives are the main part of the film. Through a contemporary fairy tale, the captivating tales of Sight, Smell, Sound, Taste, and Touch set out on a search for Peace, Fear, Will, Love, and Tenacity. It is one of the most eagerly awaited films in the Telugu film industry of 2022. 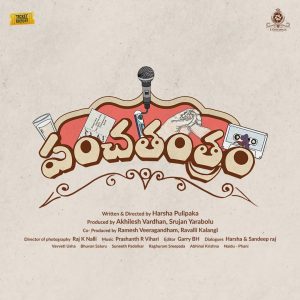 Chella Ayu directed the sports movie ‘Matti Kusthi’. The movie appears to be an entertaining family drama based on the trailer. We observe the major characters in their roles as husband and wife, where Veera learns ‘kusthi’ after marrying Keerthi.