While Burger King is a fairly newer name in the Indian market when compared to rivals like McDonald’s and KFC, the company is known for its tongue-in-cheek humor and tendency to take on its aforementioned rivals through its humorous ads. Here are 10 best Burger King ads that are funny AF!

Also read: 11 Most Creative CRED Ads That Have Taken The Internet By Storm

With so many returning to regular life after spending a year in quarantine, the times couldn’t have been more confusing.

The Burger King v/s McDonald’s feud is a long one. So when the much anticipated Stephen King movie “It” about an evil clown dropped, Burger King took the moment to troll its long time rival.

4. The beauty of no artificial preservatives 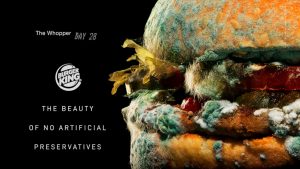 Sometimes, the grossest visuals also hit you the hardest, and while preservatives might not be the best thing to have in your food, fungus is definitely worse.

When Rahul Bose accused the hotel he was staying at for overcharging their bananas in his bill, the internet turned it into an instant meme. This ad capitalizes on the same incident in a hilarious way.

With net neutrality out of the window, Burger King decided to educate its customers about the importance of the same, using its very own whopper.

7. Women belong in the kitchen 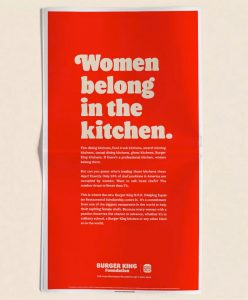 While at first glance this ad seems to promote outdated ideas, Burger King was actually trying to shed some much needed light on the disparity in the dining industry which hires men in leading positions far more often than women.

Burger King has a history of not just marketing itself but also aggressively marketing against its rivals. This ad goes a step further and asks users to burn the ads by Burger King’s rivals. 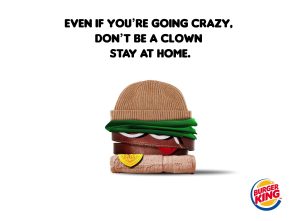 With so many Indian speakers in English struggling to pronounce Burger King’s flagship product’s name, Burger King decided to remind Indian consumers that no matter what the pronunciation, a whopper’s not a burger.

It’s safe to say that over the years Burger King has come up with several ways to troll its rival. 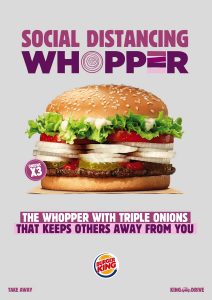 What’s a better way to spread awareness about the pandemic than making a burger about it?

A lot of things are too good to be true. Except for the offers at Burger King.

The great Indian media circus is alive and well. And if there’s anyone in India who can loudly yell about a product, it’s a reporter. 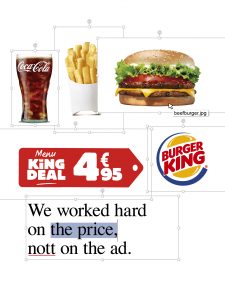 They did nott work hard on that ad but it’s okay because you get to eat inexpensive burgers.