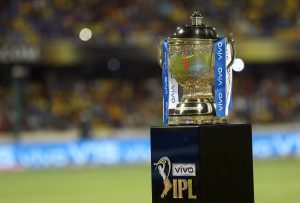 The world’s best domestic T20 cricket competition is back with IPL 2021. The 14th edition of the tournament will see a return to India after IPL 13 was held in the United Arab Emirates. Six different venues will be used, with 60 matches scheduled across April and May.

Mumbai Indians have become the side to beat in recent seasons, winning four of the last six editions. Popular betting apps in Australia such as bet365 have a host of IPL odds available from outright winner to top bowler and team to hit the most 6s in the competition. MI are favourites at 4.0 to retain their crown.

With cricket’s best T20 talents set to show their talent on the big stage, even first-innings totals in excess of 200 runs aren’t always safe. 2020 saw a record-breaking chase in Sharjah but could this year see that total broken again? Here are the 5 highest successful run chases in IPL history.

Royal Challengers Bangalore have always boasted some of the biggest names in IPL history and two of them – Virat Kohli and Chris Gayle – combined for 125 runs in Chennai in 2012. Gayle was in particularly good form hitting six maximums to top score with 68. The visitors set CSK 206 to win from their 20 overs.

The chase was forged in South Africa, with Faf Du Plessis firing 71 from 46 balls – the highest individual score of the match. Perhaps the most crucial knock of the innings came from Albie Morkel who came to the crease with his side needing 43 from just 12 balls. The all-rounder was in blistering form though, hitting 28 runs in the 19th over from the bowling of Kohli and setting his side up for the win.

Sunrisers Hyderabad were in just their second year as an IPL franchise when they hit 205-5 on home soil against Kings XI Punjab (now Punjab Kings). Naman Ojha finished unbeaten on 79 from just 36 balls and looked to have put his side in the driving seat.

KXIP lost Virender Sehwag early in the chase and had it all to do, but a collective effort from the rest of the top order saw the visitors hunt down the total with relative ease. High octane performances from Wriddhiman Saha, Glenn Maxwell and Manan Vohra set the platform. In the end, George Bailey and David Miller guided their side home with eight balls to spare.

Rishabh Pant has announced himself on the international stage of late but the 23-year-old has been a star of the Indian Premier League for several years. Suresh Raina (77) and Dinesh Karthik (65) had guided Gujarat Lions to 208 in the first innings but it wasn’t enough to get them a victory.

Sanju Samson got things going early with 61 from 31 balls including 7 maximums, but the scoring rate went into overdrive when Pant arrived at the crease. The wicket-keeper batsman blitzed 97 off just 43 balls, striking at 225.58 including nine 6s. That put his side on course to coast to victory, hitting 214 off just 17.3 overs.

Rajasthan are the owners of the top two successful run chases in the IPL to date. In 2008, the first edition of the tournament, they were able to chase down the tally of 215 set by Deccan Chargers. Andrew Symonds was the star of the show in the first innings, hitting an unbeaten 117 to put DC in the driving seat.

There wasn’t a centurion in the chase, but the Royals didn’t need one. A second-wicket partnership between Graeme Smith and Yusuf Pathan racked up 98 runs. After losing Shane Watson cheaply, Mohammad Kaif stepped up before a cameo from captain Shane Warne got his side home with one ball to spare.

The highest successful run chase in IPL history came in 2020, breaking a record that had stood for 12 years. Although the UAE pitches aren’t always the flattest batting tracks, Sharjah is certainly the most that offer the best opportunity. Kings XI set Rajasthan Royals 224 thanks to a century from Mayank Agarwal and 69 from India international KL Rahul.

It was another Indian batsman that would have the last laugh though. Sanju Samson struck 85 off just 42 balls to help guide the RRs to a record-breaking tally of 226 off 19.3 overs. While Samson played the leading role, he was well supported by captain Steven Smith and Rahul Tewatia who both notched half centuries en-route to the mammoth total.