An engineer, social worker, author, businesswoman, and a living example of – Simple Living, High Thinking, Sudha Murthy is one of the most inspirational women of India in recent times. Right from the start of her career, Sudha Murthy was known to make her place in industries and workplaces heavily dominated by men. Sudha Murthy quotes are life lessons especially for the students, young professionals, and entrepreneurs who strive to make it big in their lives.

While many would know Sudha Murthy as the wife of Infosys co-founder N. R. Narayana Murthy, it would be wrong to confine her identity to her successful husband. Sudha Murthy’s bold initiative to introduce computers in all of the government schools of Karnataka a few years back was lauded as a move far ahead of its time. She has worked as a chairperson of Infosys Foundation since its start in 1996 and has been associated with several initiatives for rural development and education. She was awarded Padma Shri, the fourth highest civilian award in India in 2006. Besides, she has also authored a number of books and novels in both Kannada and English.

We bring you some of the best quotes of Sudha Murthy that speak volumes of her vision and wisdom.

1. It is important to believe in yourself even if your grades are low. 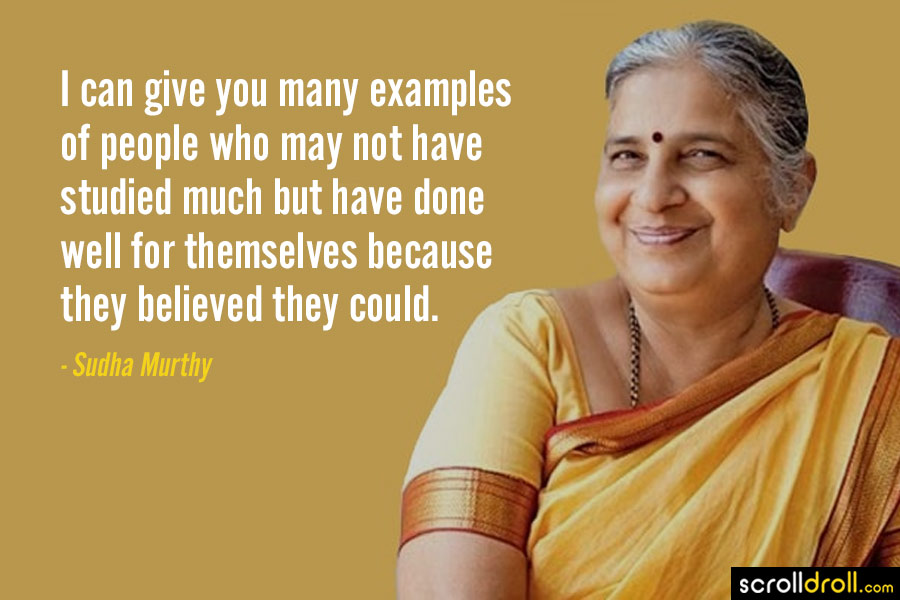 2. An advice to people who are sensitive 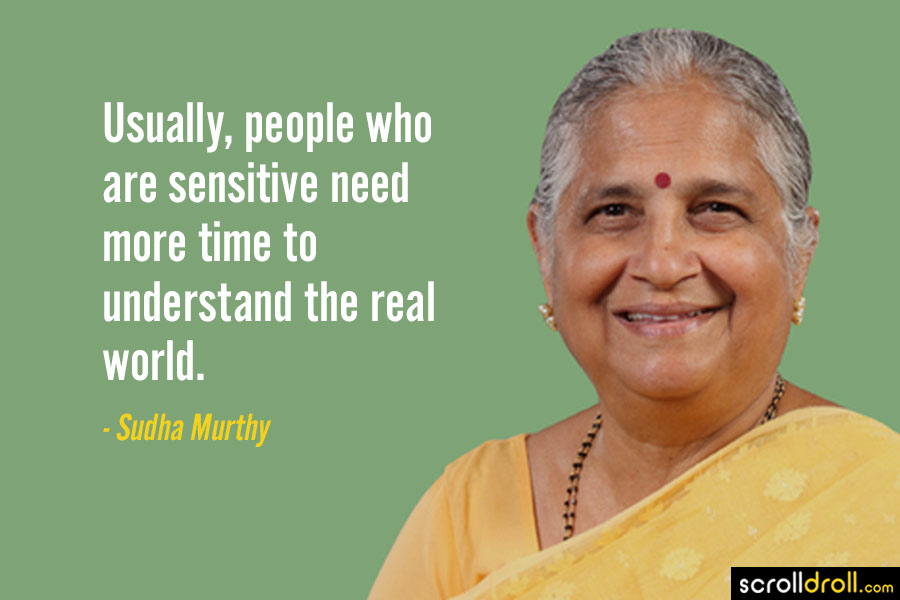 3. Good relationships, compassion and peace of mind is more important than achievements 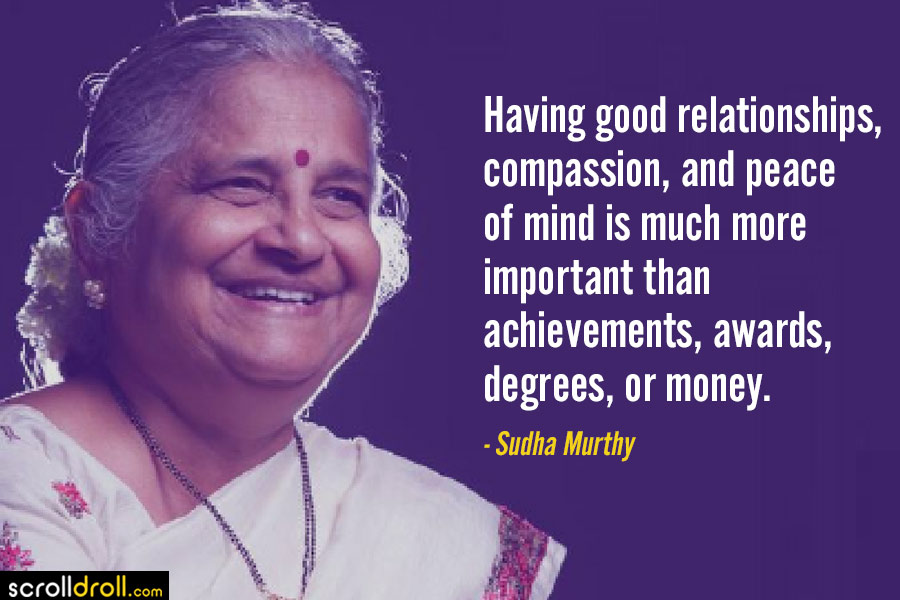 4. Foe those in your twenties and forties… 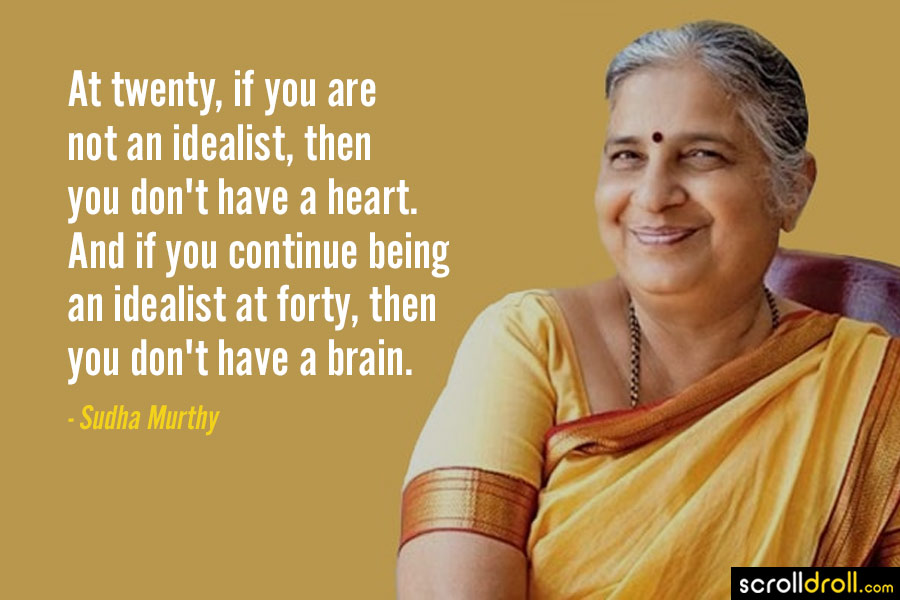 5. You can please everyone. Period. 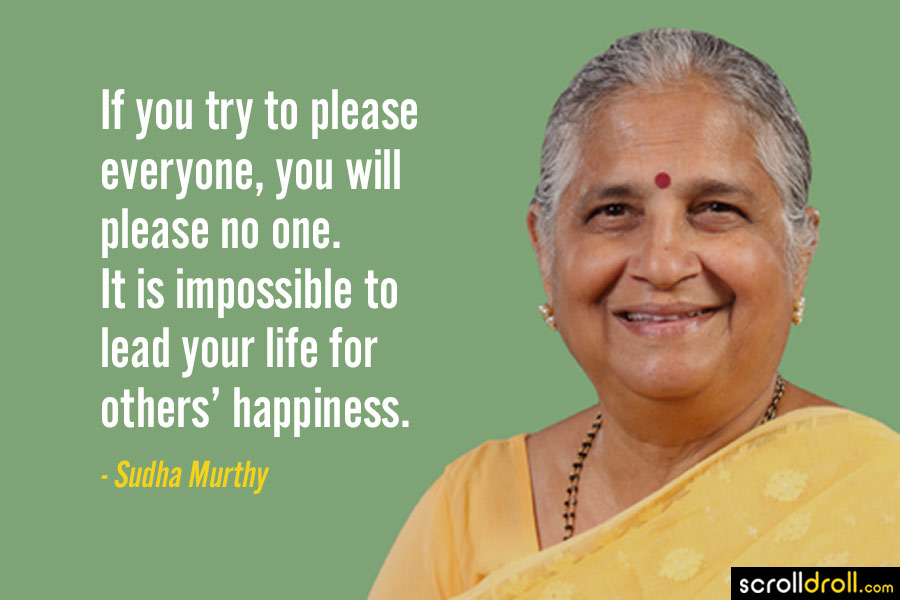 6. Trust is difficult to earn and easy to destroy. 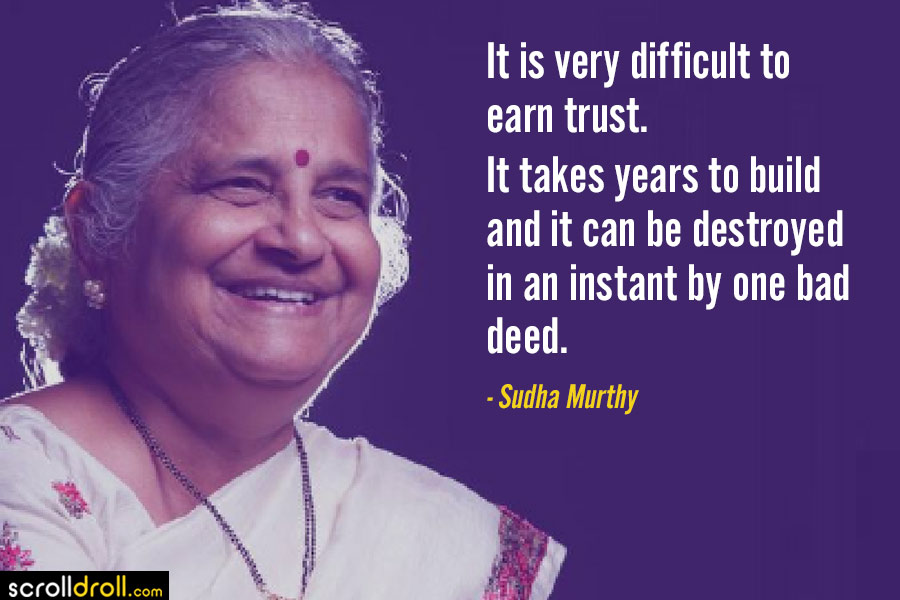 7. Too much money in too little time is just like excess liquor 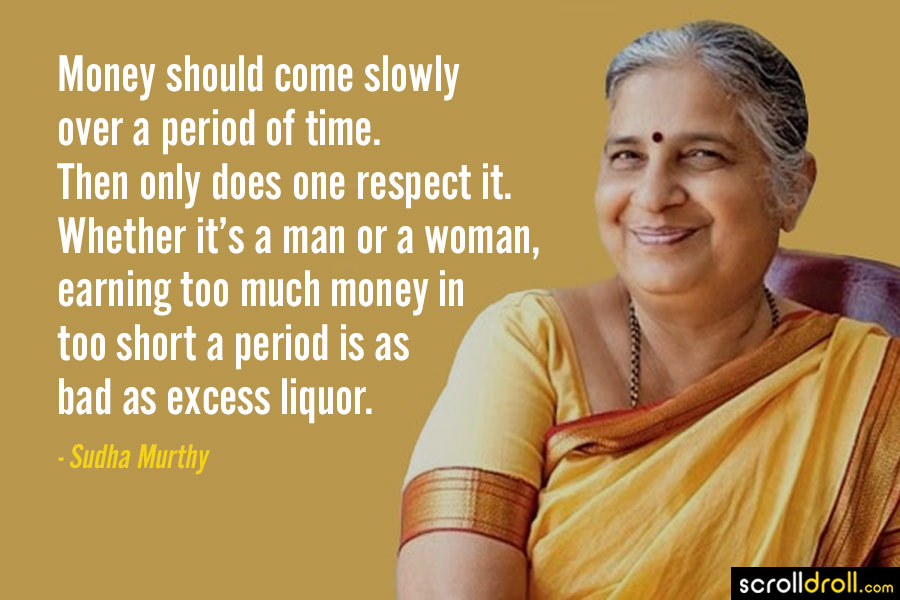 8. Vision is nothing without action 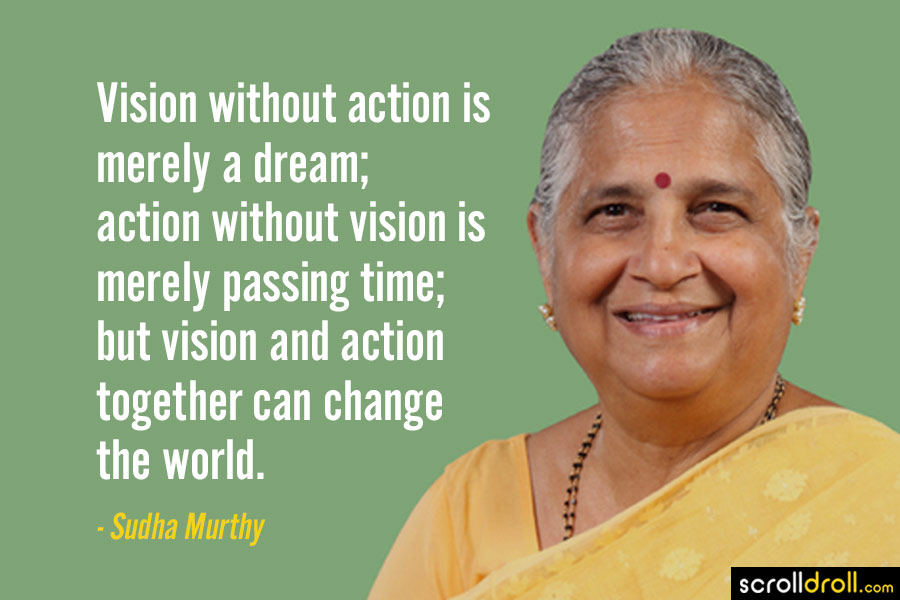 9. A wife’s and husband’s relationship is like that of best friends 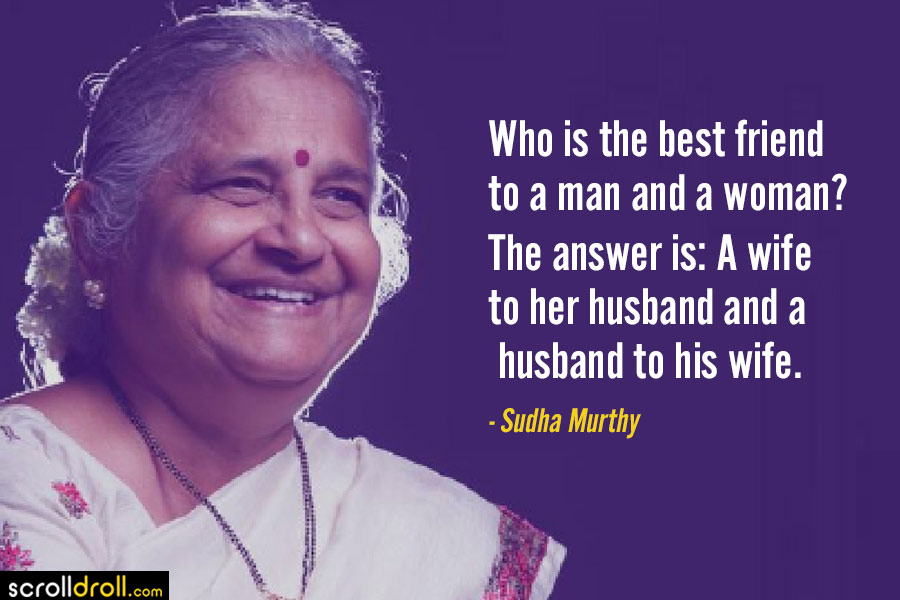 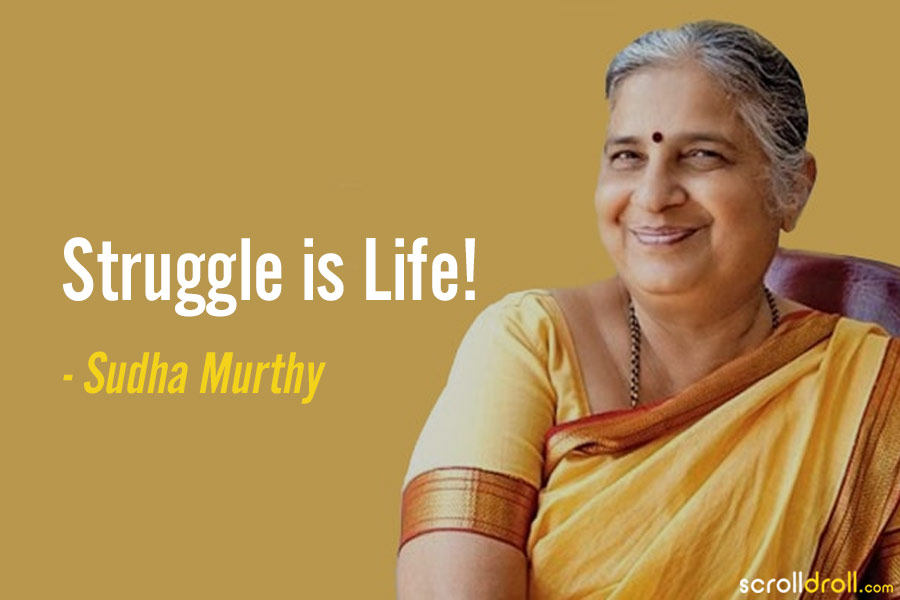 11. Life is like an exam with an unknown syllabus. 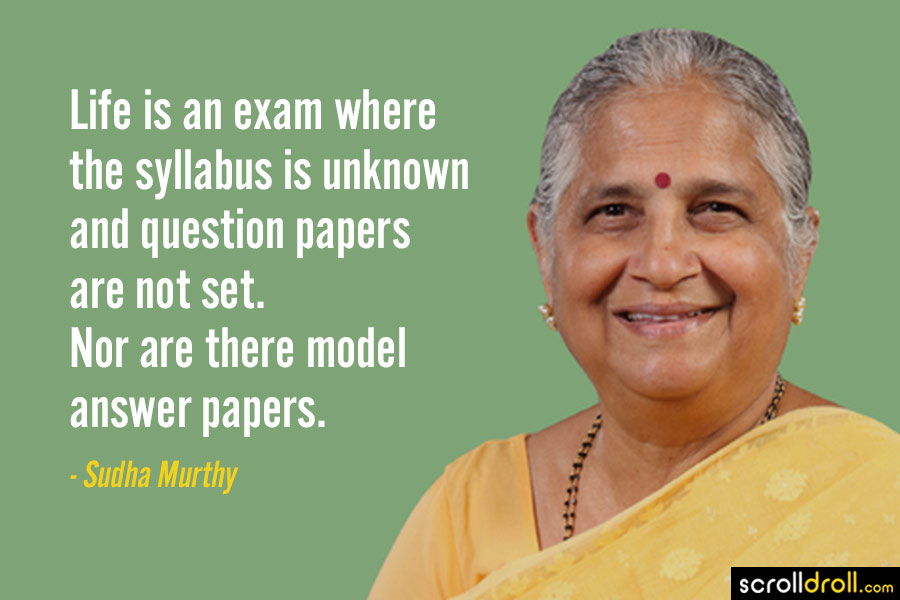 12. One should stick to what they can do best… 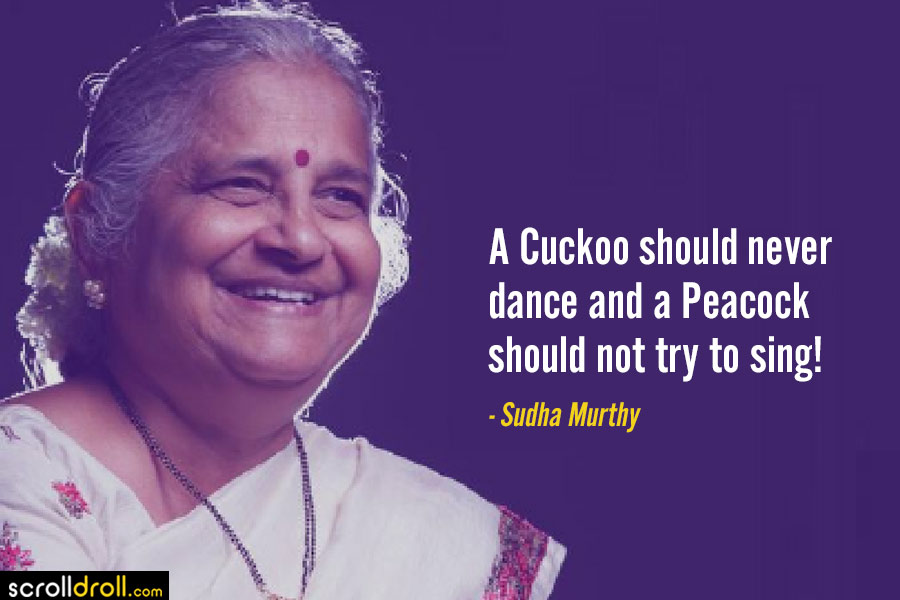 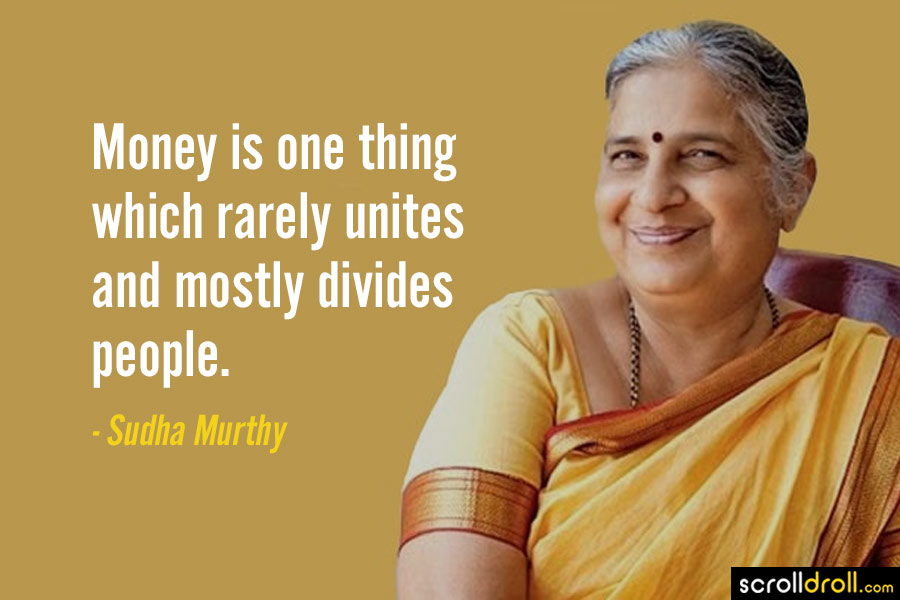 14. A message from young boys from a Mother… 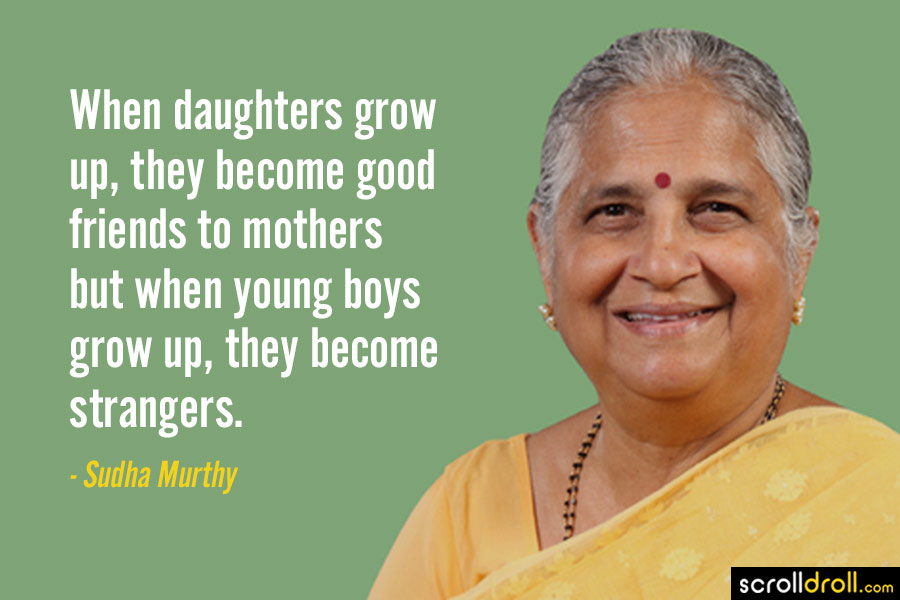 15. Give your children two things in life: Strong roots and powerful wings 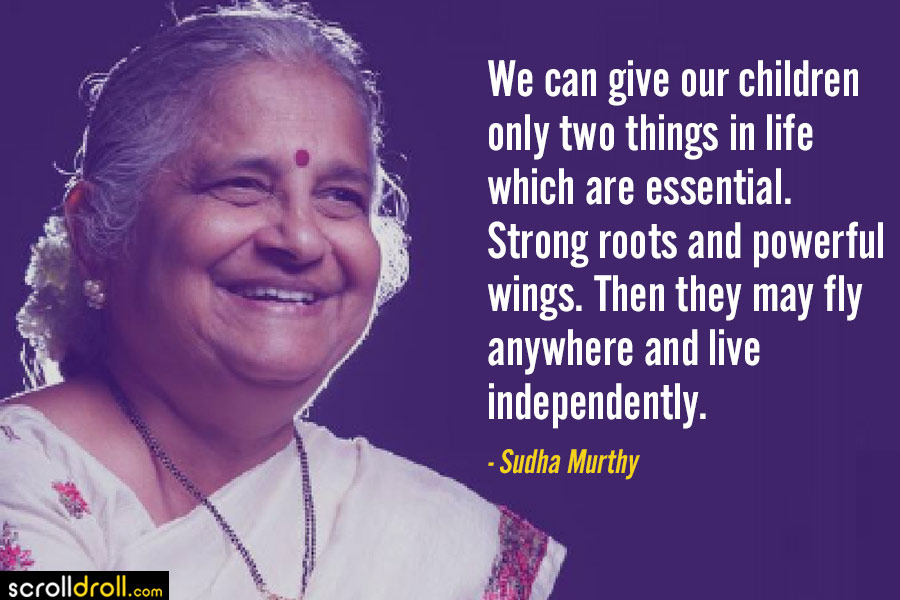 Did you know? Sudha Murthy’s novel ‘Dollar Bahu’ was adapted into a Television series on Zee TV in 2001 by the same name.

Also read: 30 Quotes By Entrepreneurs And Business Leaders That Are Great Lessons

Which of these Sudha Murthy quotes was the most hard-hitting? Do let us know in the comments below.