One word that describes all the content created by The Viral Fever- Relatable. Everything created by TVF is so on point and relatable. Maybe that’s the reason why 6 out of the top ten highest-rated Indian web series on IMDb are from the house of TVF. These guys have been creating web content even before the concept was popular. These shows have the power to make you roll on the floor laughing and sometimes can also make you ugly-cry. It wouldn’t be outrageous to say that TVF has brought about a revolution in the way Indians perceive and consume content. From the soul-soothing music to the excellent plots, these shows have it all. Let’s have a look at some of the best web series by TVF that you are probably missing out on.

Just another fact to be mentioned from the very beginning, instead of repeating throughout the article- there is not one album from the TVF universe that you wouldn’t like. Starting from Vaibhav Bundhoo to Karthik Rao to Nilotpal Bora, these musicians have produced music that is pure gold.

Created by Arunabh Kumar, the founder of TVF, Permanent Roommates is one of the best web series by TVF. Mikesh turns up at the door of Tanya with whom he has been in a long-distance relationship for 3 years and smothers her with the prospect of marriage. Sumeet Vyas as Mikesh is too cute (read cool) to handle, and Nidhi Singh is the perfect Tanya. The show cruises through the ideas of marriage, love, family, and relationships in a seamless fashion. Spread across two brilliant seasons, Permanent Roommates is a treat to watch. 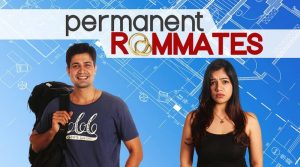 A story about siblings had never been this good. Basically, the story is about siblings, Chandan, Chanchal, and Chitvan, who end up on a road trip after everything that could go wrong, goes wrong. A recently divorced big brother (Sumeet Vyas), a sister married into royalty (Maanvi Gagroo), and a younger brother who is the embodiment of the word wild (Amol Parashar)! Will they be able to set things right as a family? Not just the main plot but also the subplots are so damn good. Spread across two beautiful seasons (as beautiful as Baba himself), Tripling is a hilarious yet endearing ride that you should take as soon as possible. 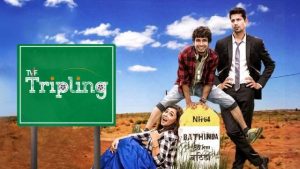 Engineering and Medical degree aspirants gather in the Indian city of Kota to prepare for the most important entrance exams of their lives. Mostly focused on the aspirants of IIT, this show takes us through the ups and downs in the lives of these students who struggle to keep things together amidst all the pressure that is upon them at such a young age. At the heart of this show is an inspiring and compassionate teacher, Jeetu Bhaiya, whose character and words touched the hearts of the audience. With an IMDb rating of 9.2, this show is undoubtedly one of the best web series by TVF. 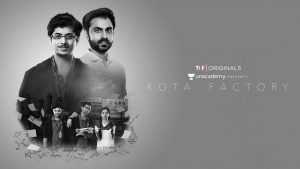 Let’s start with this, this show has an IMDb rating of 9.7! Set in the streets of Old Rajinder Nagar, Delhi, this show follows the lives of three best friends, Abhilash, SK, and Guri, with the background of the highly competitive UPSC exams. Undoubtedly, this show stood up to the standards set by TVF in the past, and in more ways, than the other, it surpassed those. While all of the performances are par excellence, the performance by Sunny Hinduja aka Sandeep Bhaiya is what stays with you for a long time. 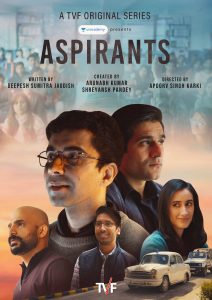 The show chronicles the life of Vipul Goyal and his rise to fame. It gives a sneak peek of all the action that goes on behind the scenes of a stand-up comedian’s life. Together with his wife Kavya and best friend Bhushi, Goyal embarks on a journey of stardom while facing various hurdles that often come in his way. It is a well-written show that takes its own time to grow on you and you end up with a smile on your face. 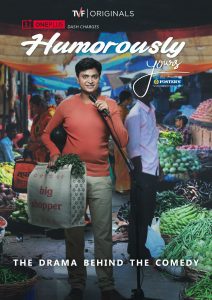 Way back in 2015, when the idea of web series had just sprung into popularity, this show came into the limelight. One of the most popular shows by TVF, Pitchers is a mini-series that follows the story of 4 friends who decide to quit their jobs to focus on their plan for a start-up. A well-balanced show with the right amount of drama and comedy, Pitchers is a realistic and relatable joy ride. The leads shine in portraying their respective characters. With an IMDb rating of 9.1, this show is undoubtedly one of the best web series by TVF. 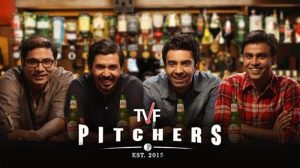 This heartwarming show is about a normal middle-class family, the Mishra family, and their life. A highly grounded and humble show, Gullak seamlessly rides through the tiny pleasure and tribulations of the family. Things such as sibling rivalry, the celebration of festivals, exam results, and other extremely relatable instances are touched upon with honesty and brilliance. Gullak is indeed a delightful treat. 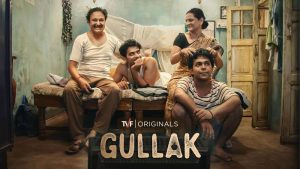 Abhishek Tripathi, a graduate in engineering is forced to take up a job as the secretary of a remote village’s Panchayat office. Jitendra Kumar shines in the lead role and the other characters are equally well portrayed. As he struggles with his own aspirations and dreams, he is exposed to a completely new and different world of the villagers. With an 8.8 IMDb rating, this show is a must-watch. 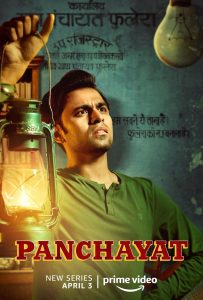 Nidhi Bisht (a cherished member of the TVF team), stars as Neetu Bisht a good and righteous girl who can’t just make anyone unhappy. Notwithstanding her goodness, her life almost always ends up in shambles as luck doesn’t seem to be in her favour. She often gets dominated by and trodden upon by others but still, her morals do not falter. With the help of her best friend, she tries to overcome her timidity and build strength to break societal stereotypes. It is a funny and at the same time heartwarming show. 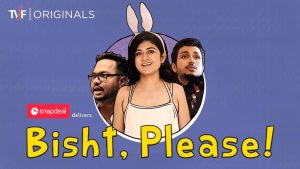 This is a trip down memory lane, especially for 90s kids and almost everyone in general. It’s the summer of ’98 and a teenager named Harshu is trying to understand the dynamics of love, family, friendship, and other related stuff. Every minute of this show is so relatable that you will be clutching at your heart as you watch it. The music is just brilliant, Vaibhav Bundhoo‘s best work so far, to be honest. Just looking at the trailer would make you happy cry, such is the power of this show. This show has a 9.1 IMDb rating, by the way. 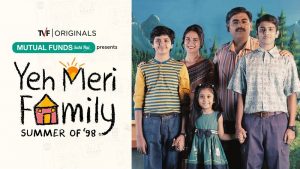 Some other shows that deserve a mention: Barely Speaking with Arnub (The episode with Chetan Bhagat is pure gold), I’m Mature, Cubicles, Fathers, and Hostel Daze. With this, we have come to the end of this list of the best web series by TVF and also my fangirling spree. Which one of these is your favourite? Do let us know in the comments section.

20 Best Quotes by Socrates- The Father of Western Philosophy