No other figure, character or legend would have an impact on any civilization as much as Lord Rama in India. From the ancient period to the current age, Rama’s thoughts, ideas, philosophy and wisdom has been a guiding light for generations of this country. Hailed as ‘Maryada Purshottam’ and the symbol of righteousness, Lord Rama quotes encapsulate his wisdom and Dharma. 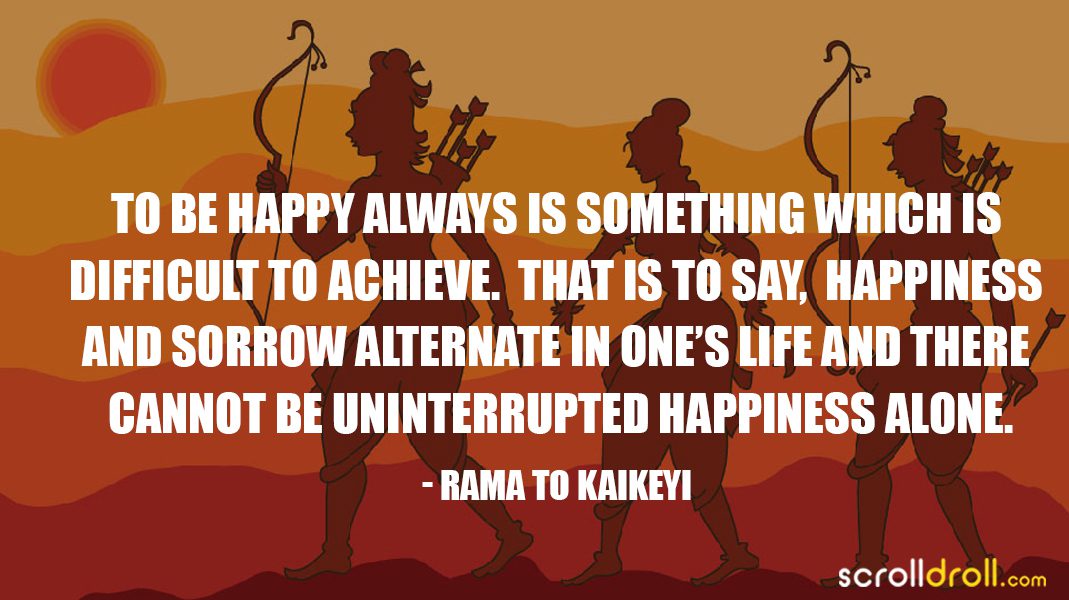 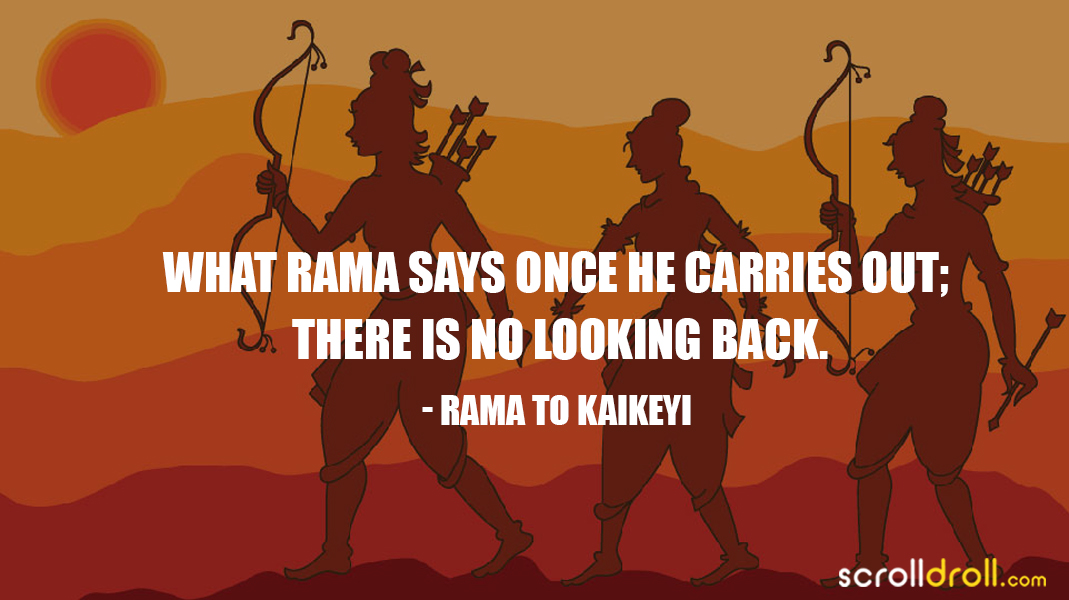 3. Dharma is rooted in Truth 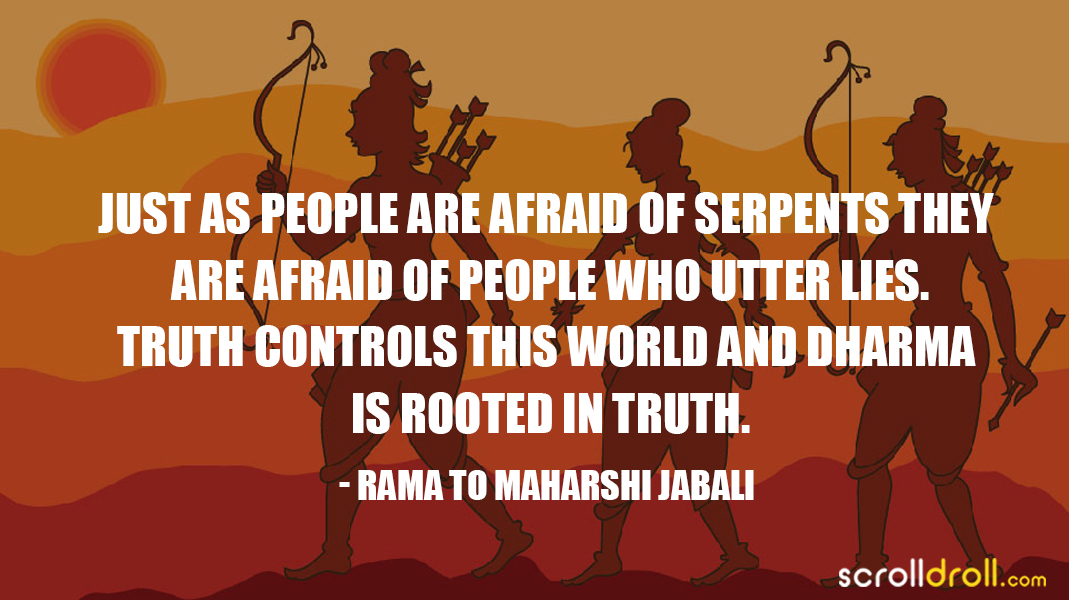 4. It’s difficult to repay the debt of Mothers and Fathers 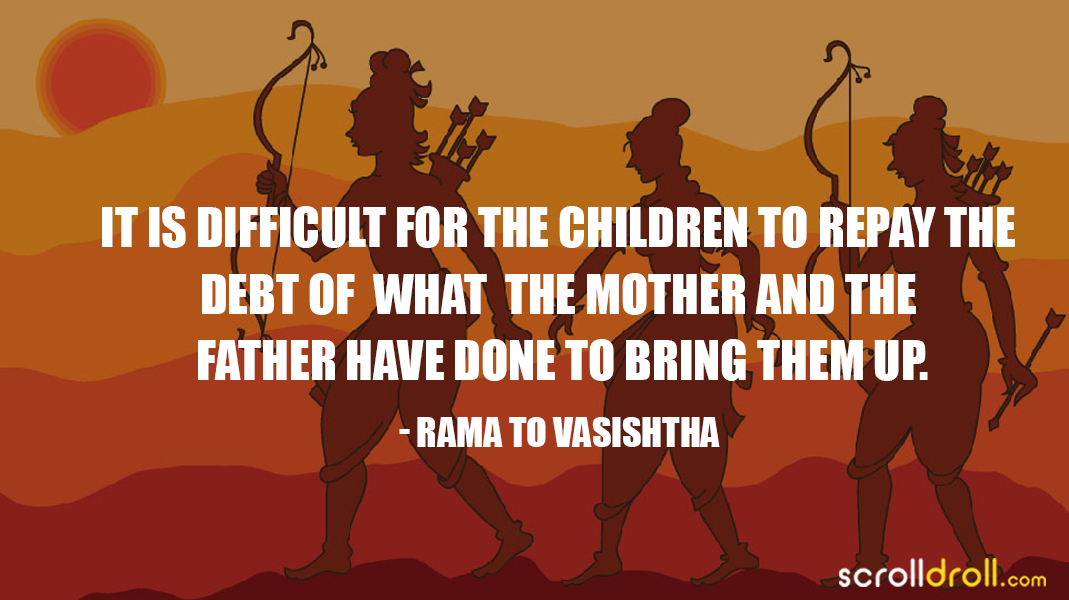 5. I will never violate the promise given by my Father
Rama’s pledge to fulfill his Father’s promise by spendind 14 years in ‘Vanvaas’ 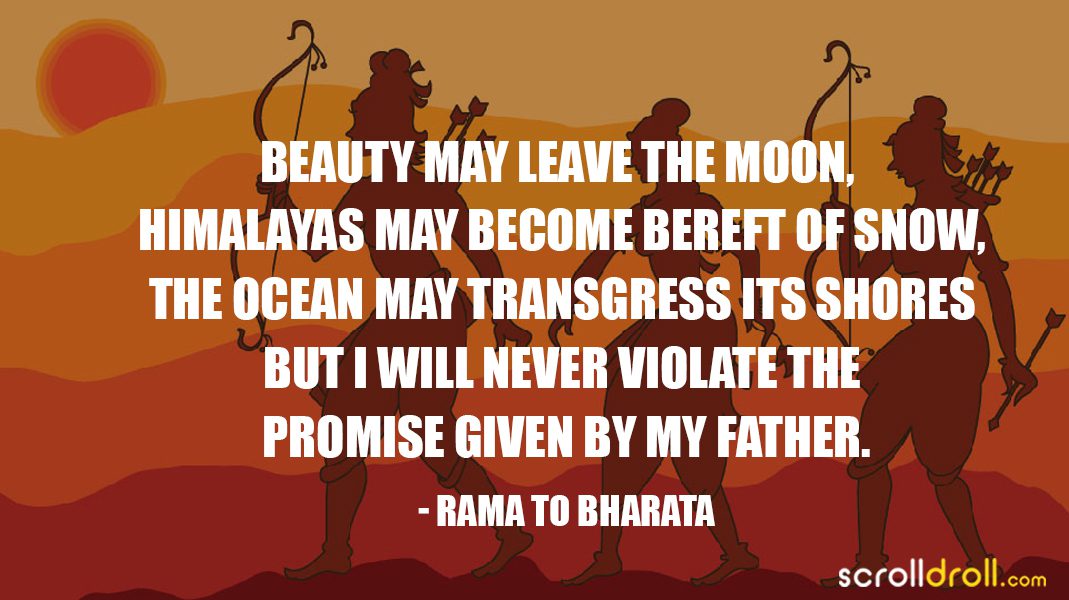 6. A wise man should foresee tragedy…
Rama’s advice to his brother sensing that Rakshasas could come to avenge the harm to Shurpanakha. 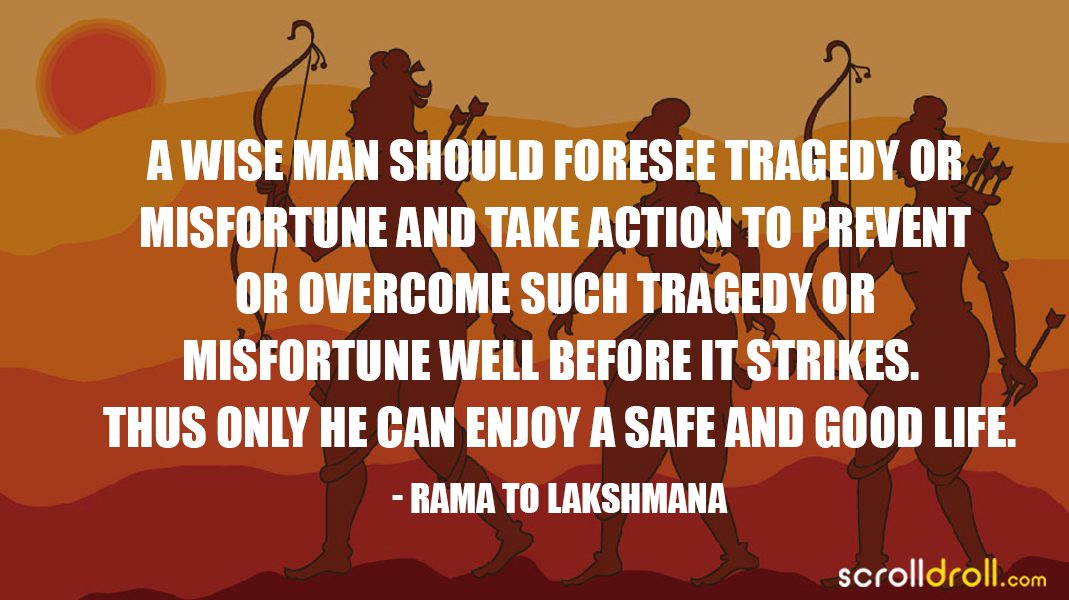 7. Elder brothers and teachers are to be considered as one’s father 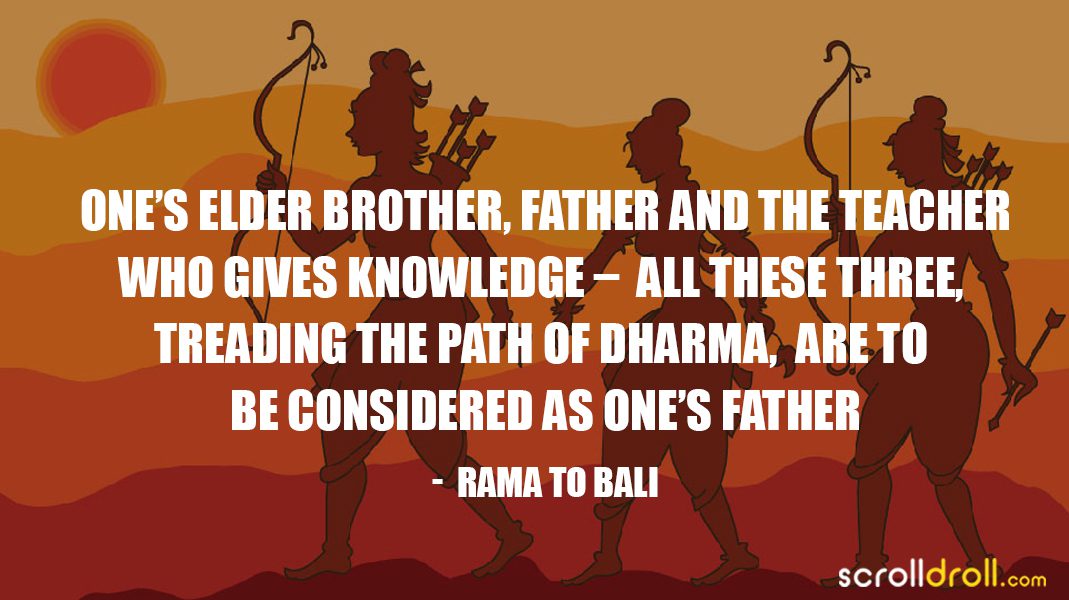 8. Having giving hope, never disappoint by not keeping your promise
Rama’s disappointment after Sugriva was lost in relishing his kingship instead of helping Rama after Bali’s death. 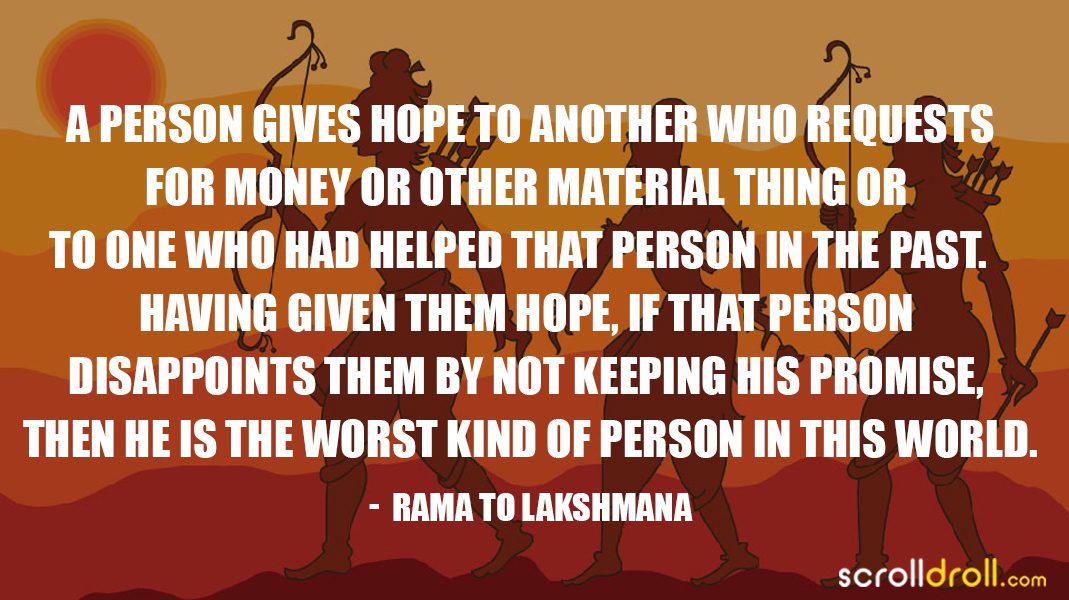 9. One cannot have a brother like Lakshmana in every place 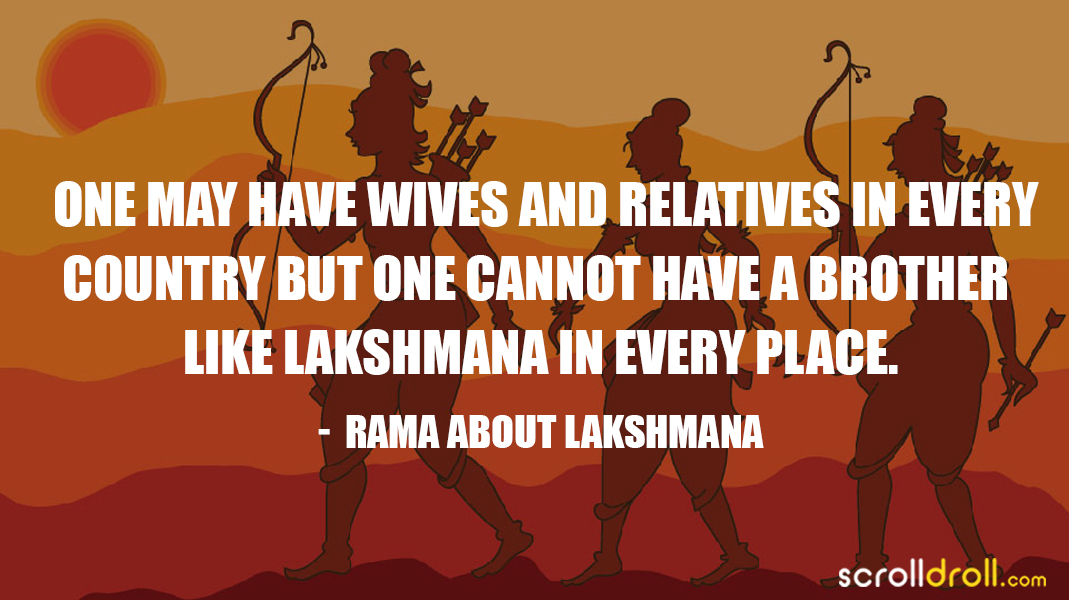 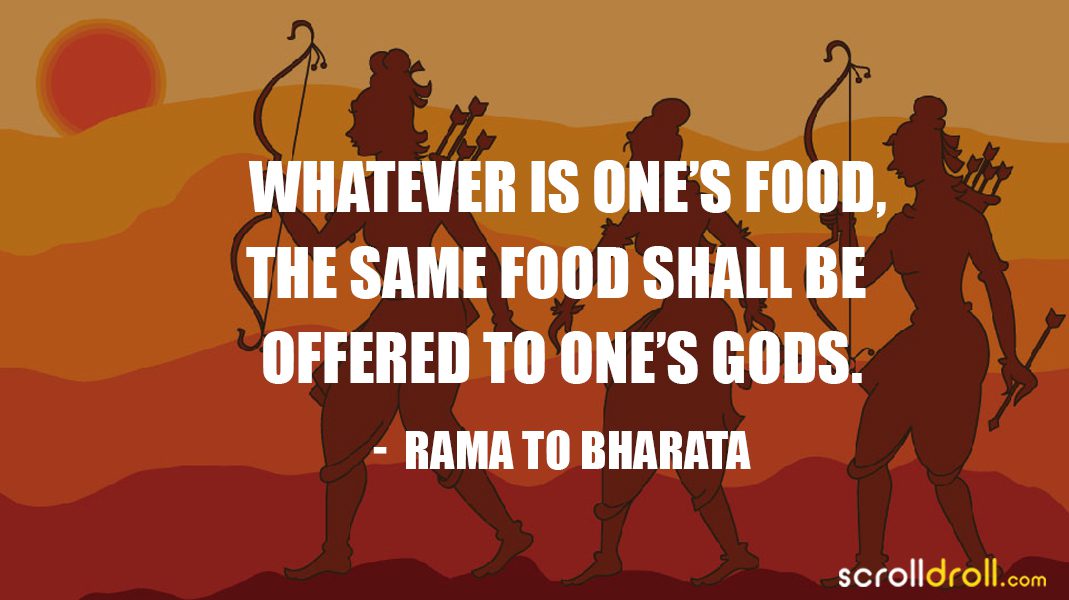 Ramayana is one of the books which finds relevance and reference in the vocabulary and minds of Indians even today like it did hundreds of years ago. Rama has been worshipped as the epitome of righteousness, Sita has been revered as the ideal wife, Lakshman as the ideal brother and Hanuman as the ideal sevak. The values and teachings of Ramayana has always been a benchmark that India as a nation and as a society have tried to follow.

We hope that these Lord Rama quotes gave you an essence of his philosophy and wisdom.