While the likes of Úrsula Corberó, Itziar Ituño, Álvaro Morte and Paco Tous have done a tremendous job to bring life to this popular Television series, we believe that there is plenty of talent in Bollywood to remake this great popular series.

We re-imagine Money Heist with a Bollywood cast.

Recently Ayushmann himself expressed his interest to play The Professor in a tweet.
After watching Ayushmann play Bela ciao from Money heist on piano during his quarantine with his hair and beard all growing like El Professor, we hope we would be the perfect man for this role 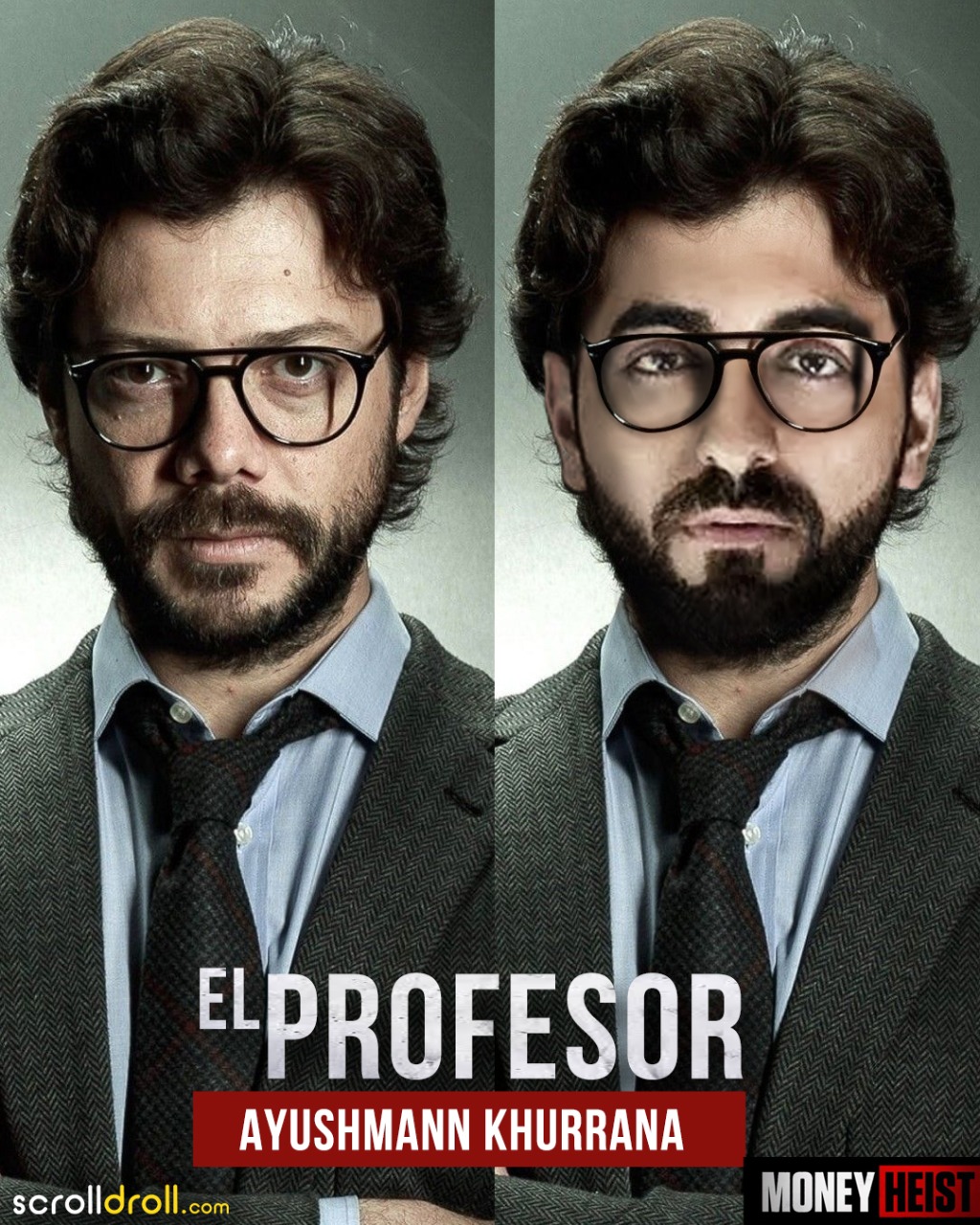 Well, we saw Alia as the fierce and possessive girlfriend in Gully Boy just like Tokyo is possessive about Rio and goes any lengths to save him. She could certainly be as good as Úrsula Corberó who plays Rio in the original version. 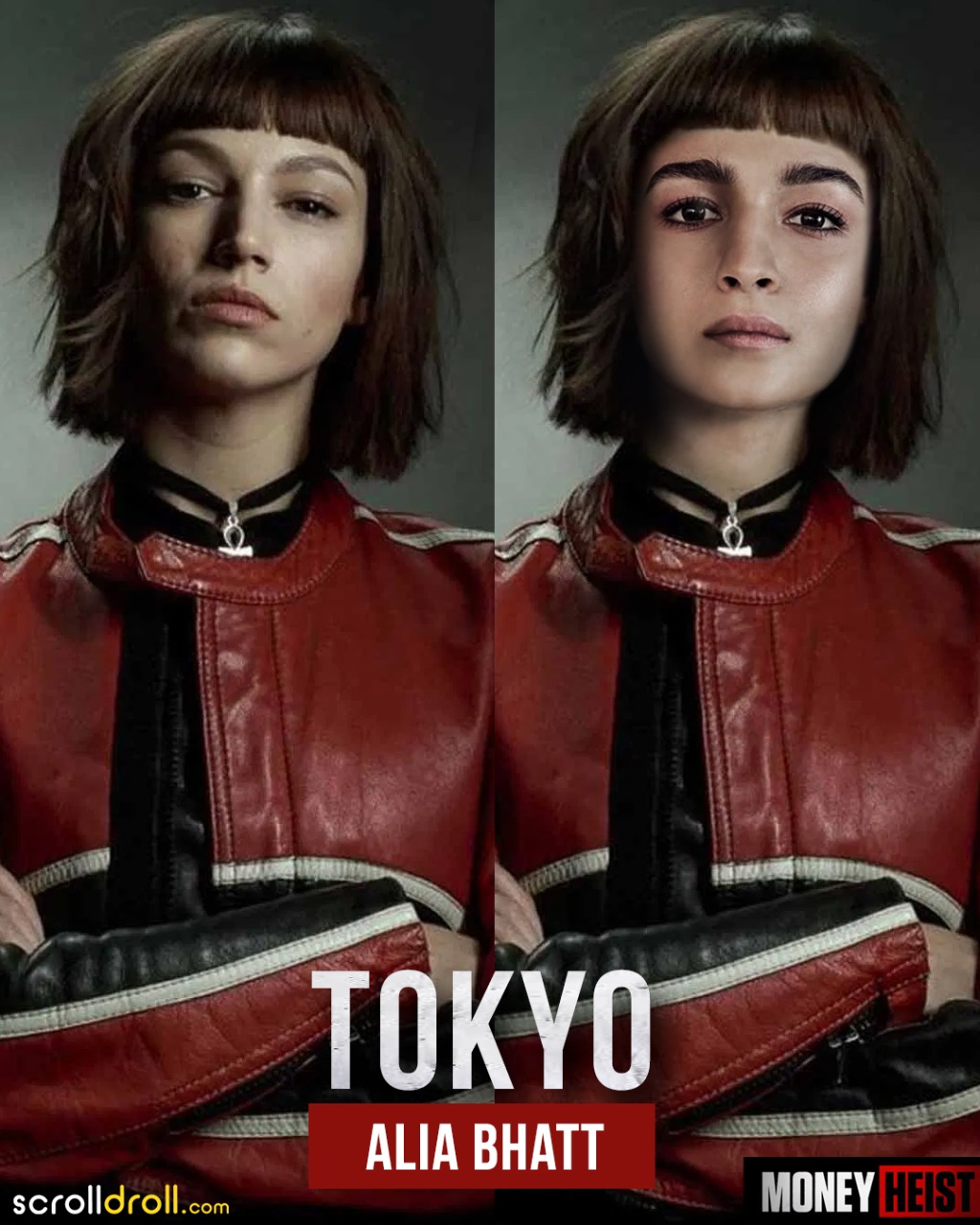 It would be interesting to see a talented and versatile actress like Radhika playing the mother of a kid who’s in the heist to get her son back. Besides, Radhika and Netflix are an eternal pair! 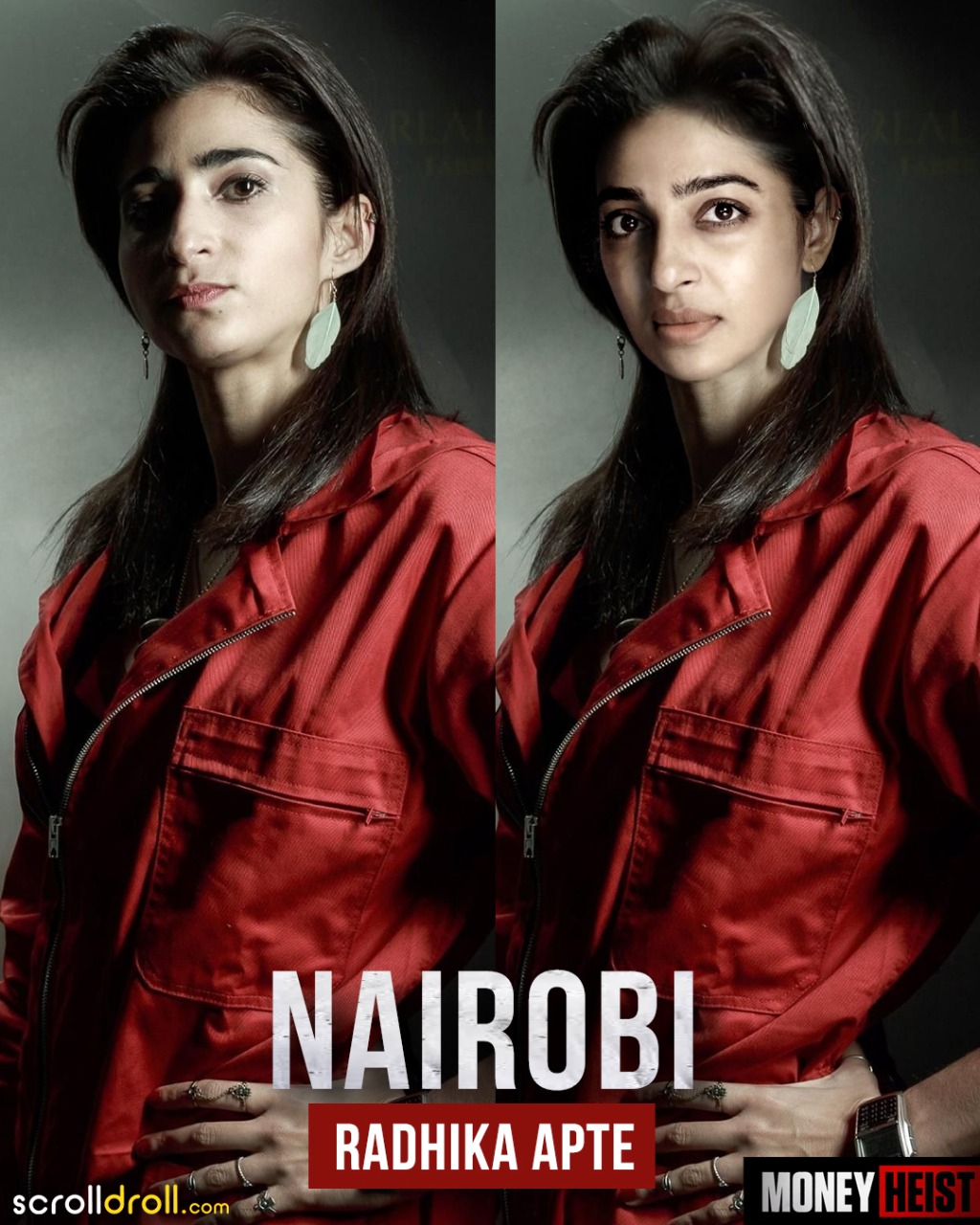 Who better than him? Almost the same age and an actor par excellence, Rishi Kapoor can replace Paco Tous as Moscow in the Bollywood version. 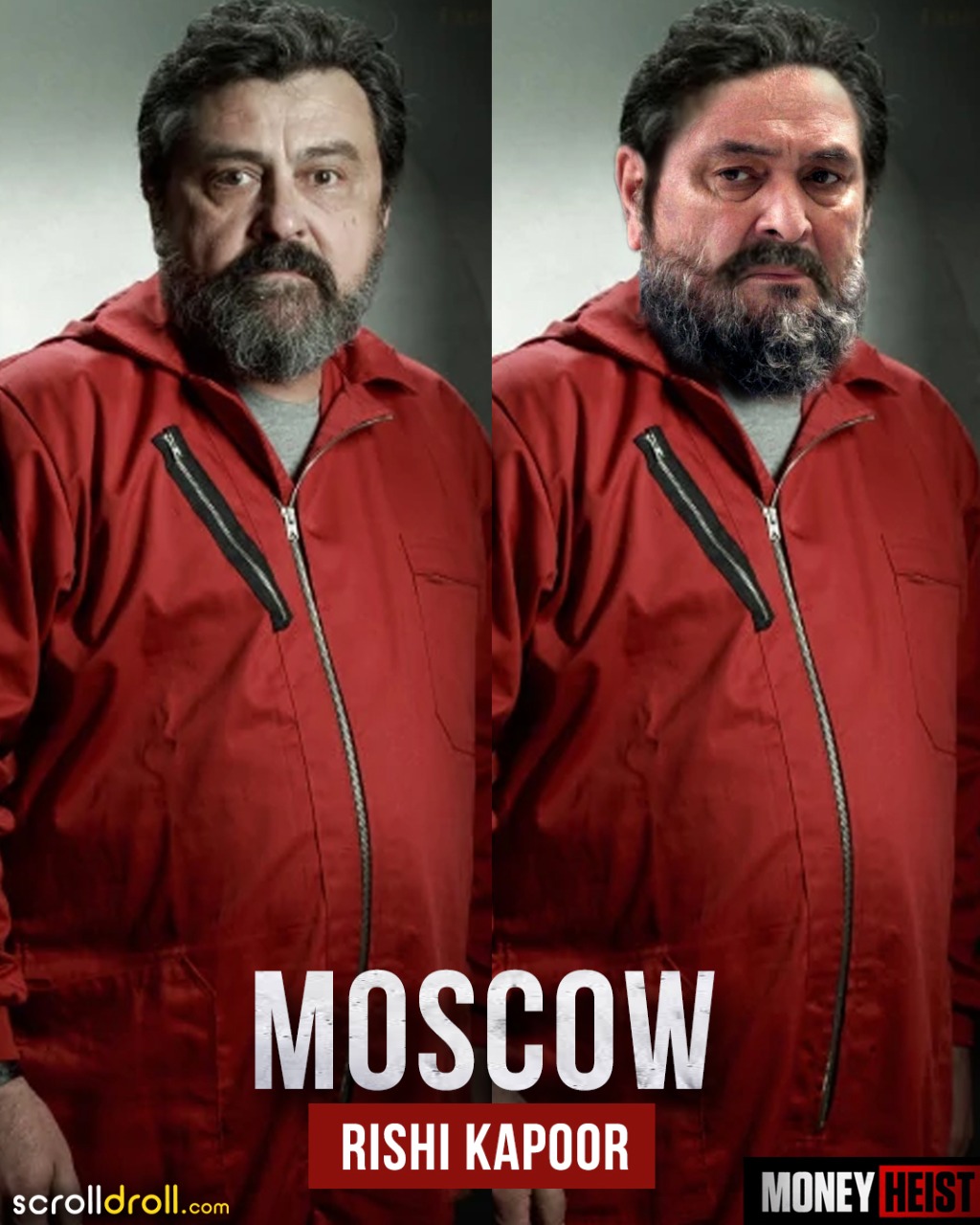 The young kid in the block, Ishan Khattar would be perfect to play Rio. And, we’d love to see her romance an older Alia! 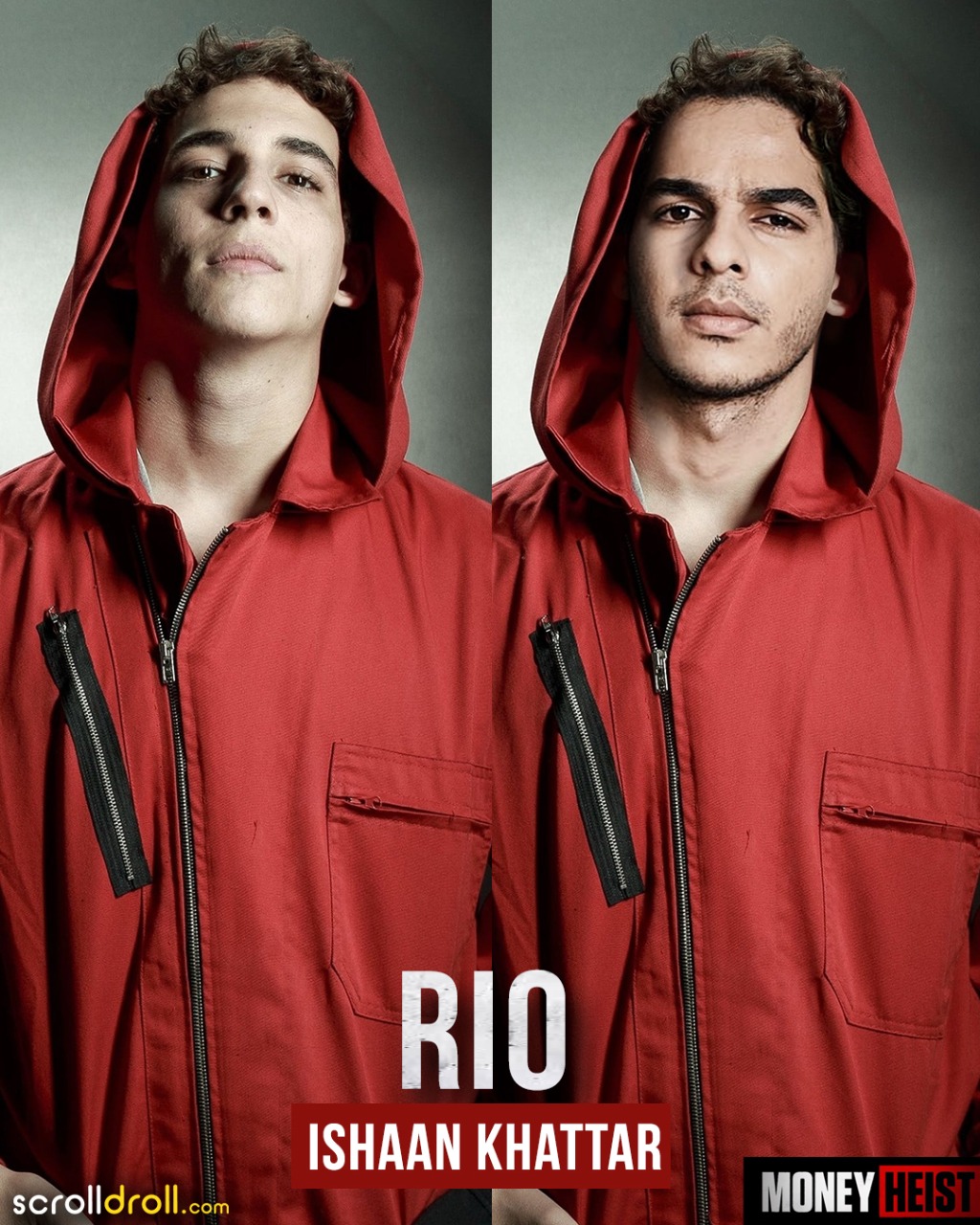 We saw the mettle and grit and Tabu who played a supercop in Drishyam. Her graceful look and fine acting skills make her the obvious choice to play Raquel. Besides, she had a good chemistry in the love-hate relationship with Ayushmann in Aandhadhun. This would be a repeat where she is romantically involved with him. 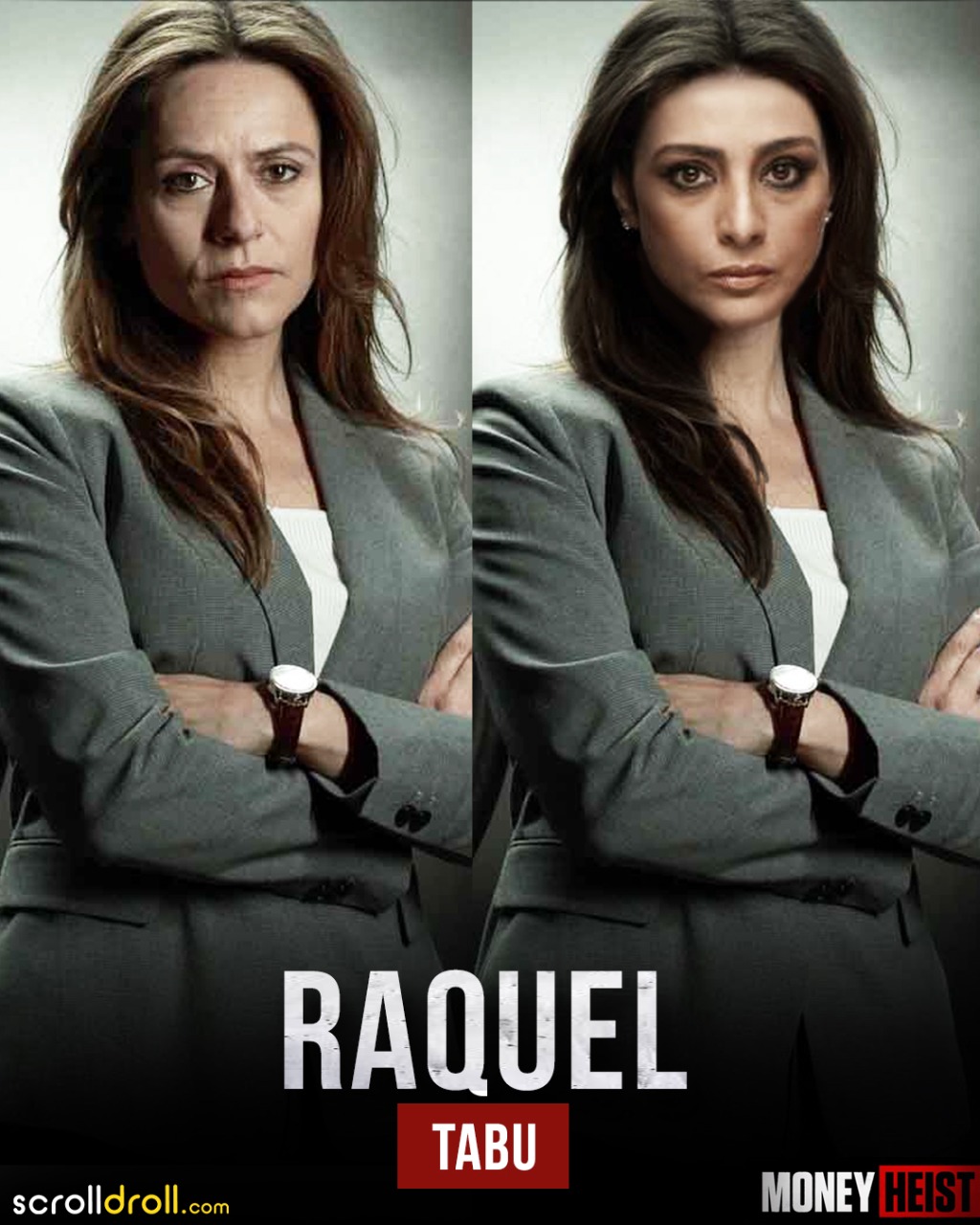 We have watched Tapsee donning roles of women who stand strong despite adversities again and again. She would certainly do good as Monica – The girlfriend who is manipulated and given false hopes, but ultimately stands up for herself. She would be great in the intense scenes where she falls in love with Denver who keeps her a hostage. 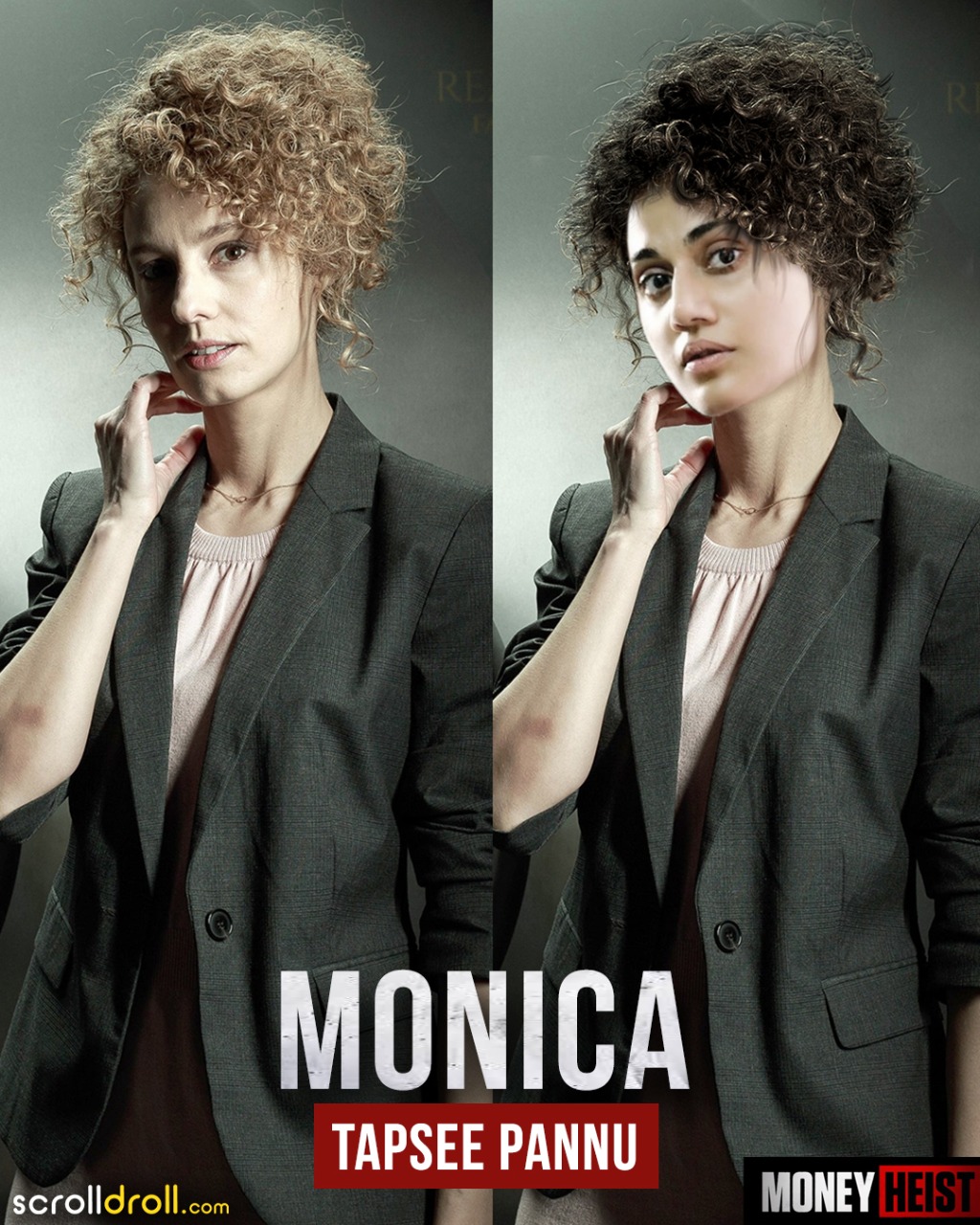 A fine actor, Rajkummar Rao’s acting prowess and versatility is unquestionable. He would be able to pull of the intense scenes with ease and it would be interesting to see his chemistry with Rishi kapoor’s playing Moscow. Also, Tapsee and Rajkumar’s love-hate relationship would be an interesting watch. 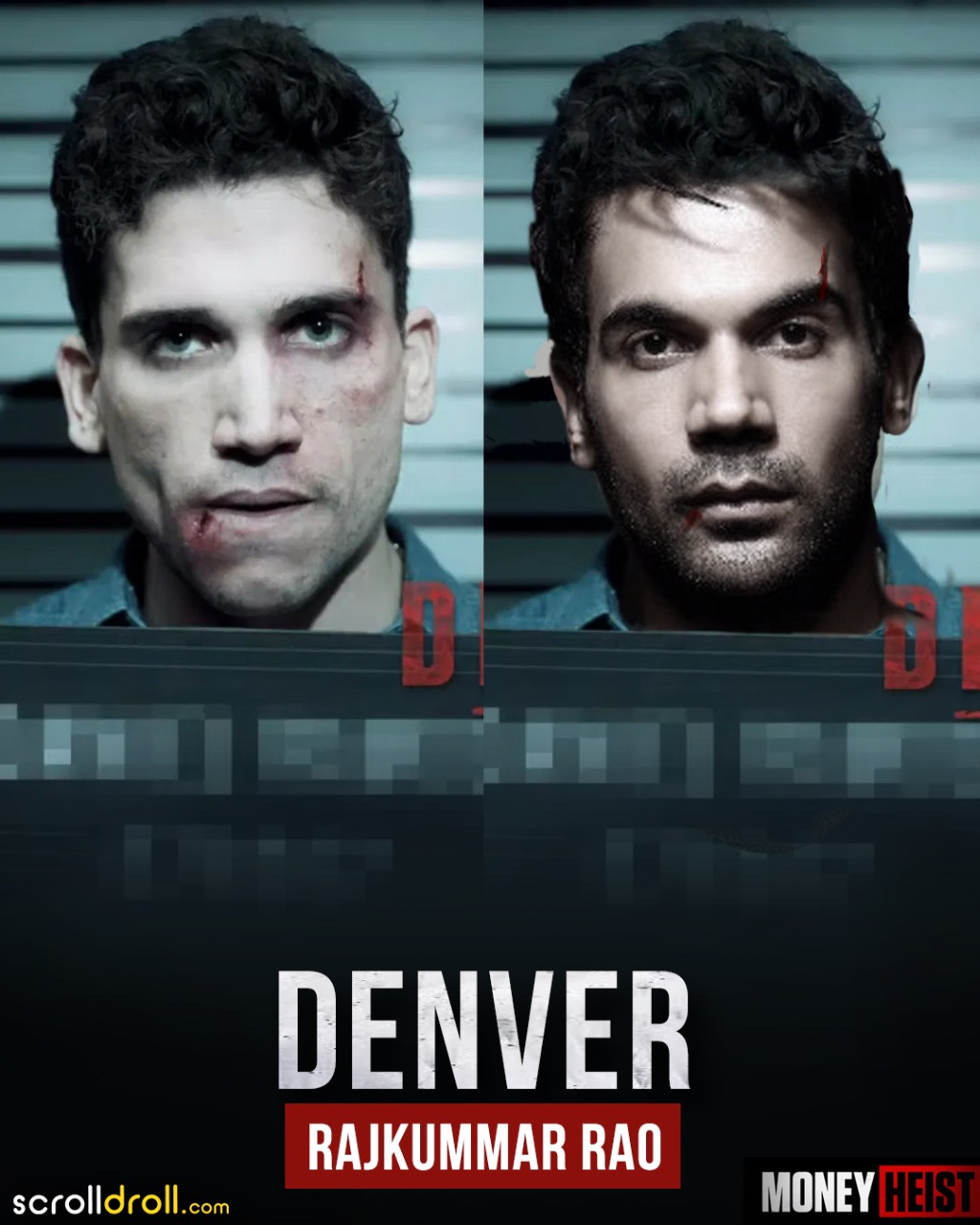 Randeep’s suave, intense and good looks would make him a perfect match to play Berlin. 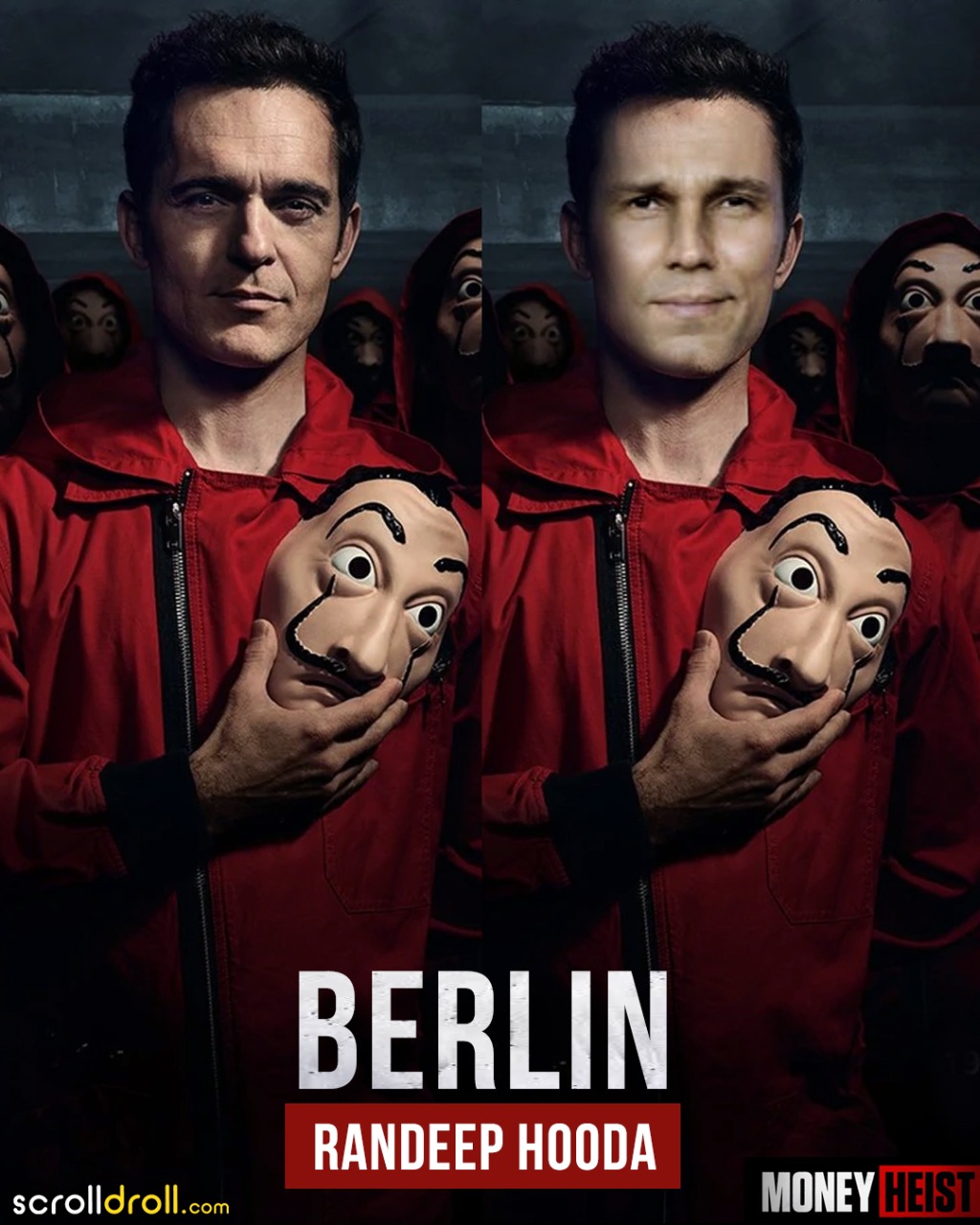 A great actor we have mostly seen in comic roles, this would be something different for Pankaj Tripathi. Maybe we can give him a Sarkari bank officer and have him play Arturo. 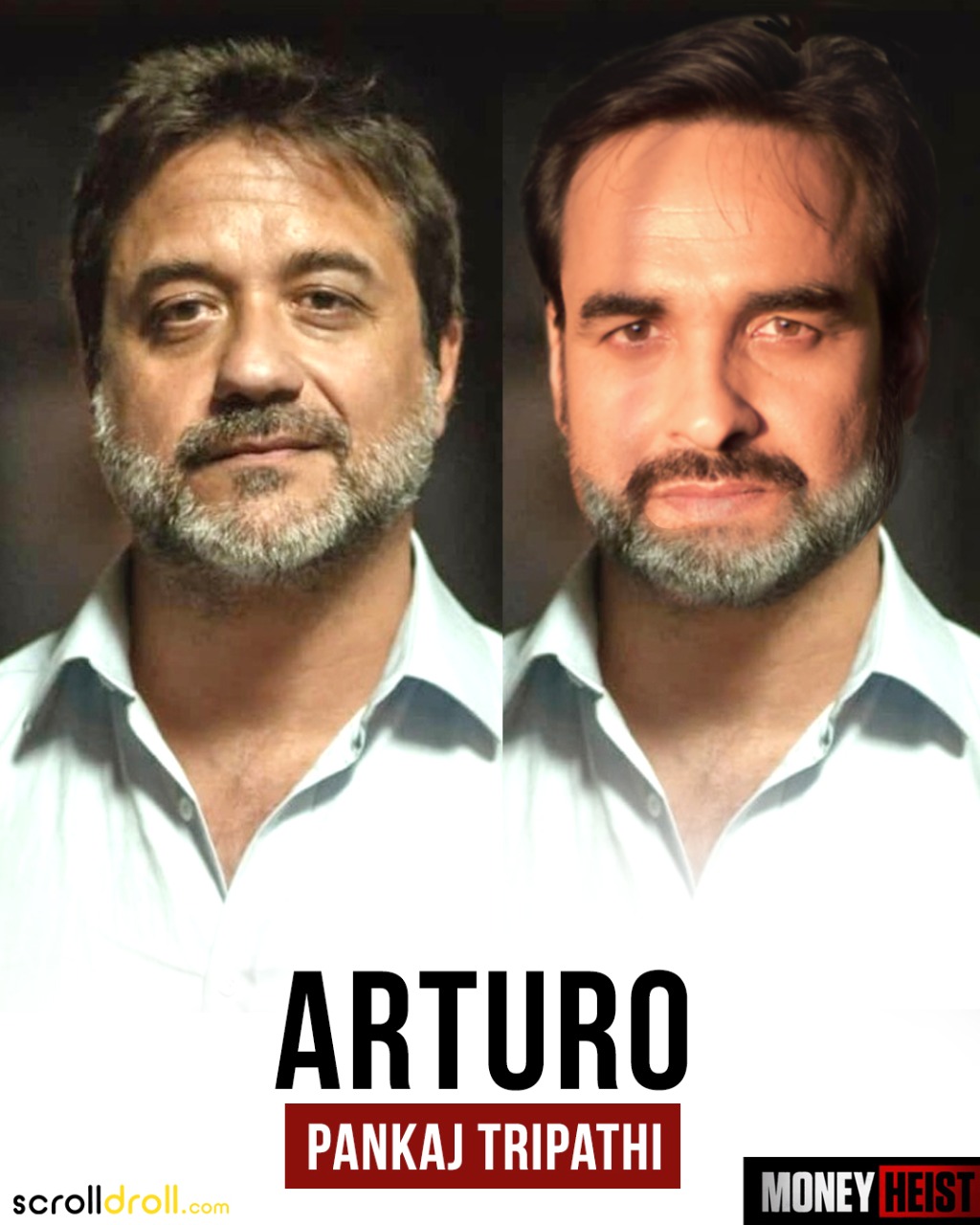 Do you have any more Bollywood actors in mind who would be perfect to star in the B-Town version of Money Heist?  Do let us know in the comments section at the end of this article!

If you loved this re-imagination of Money Heist in Bollywood you would also love to see, When ‘Game Of Thrones’ Met Bollywood! 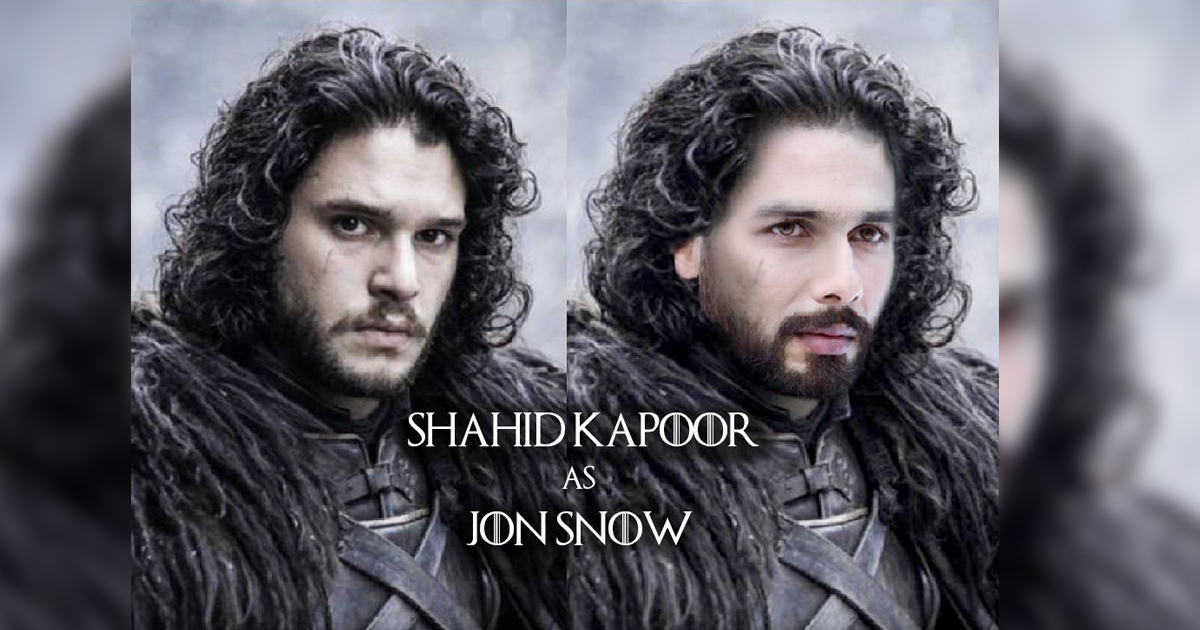 These 14 Viral RCB Memes Are Nothing But Royally Hilarious