One of the oldest faith systems of the world, Hinduism and its practices have been prevalent for over four millenniums now. Over 1.2 Billion people globally identify themselves as Hindu and this faith system shapes their lives in various ways. Hindu faith has truly stood the test of time and is being propagated and practiced centuries after centuries, generations after generations with equal fervor. Quotes on Hinduism from famous personalities over the decades give you an essence of this faith and the beauty of its teachings.

Also read: 25 Quotes From Hindu Scriptures To Start Your Day With

We bring you some of the best quotes on Hinduism – the faith that has enlightened the world from times immemorial.

1.Hinduism is a subtly unified mass of spiritual though, realization and aspiration. 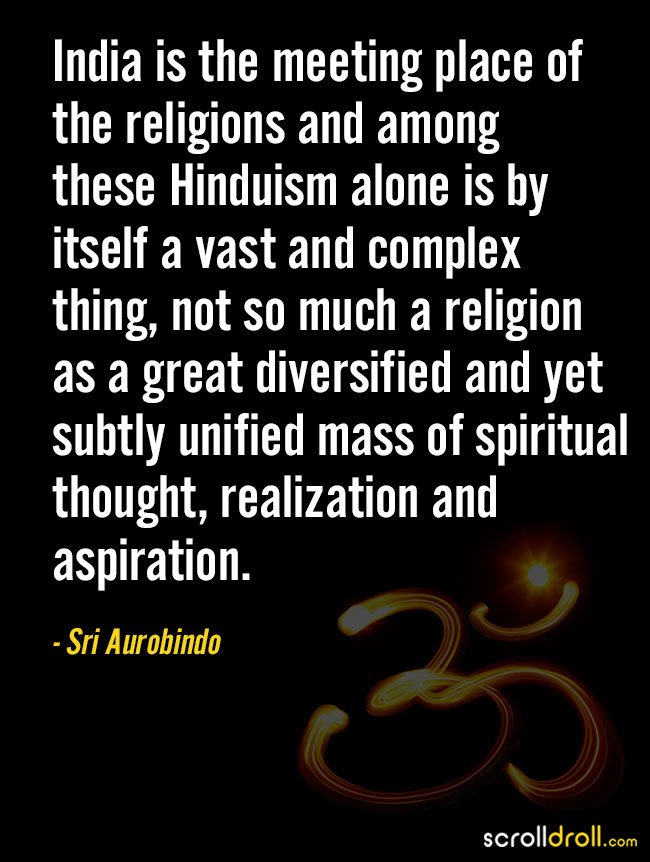 2. India is the mother of religion. 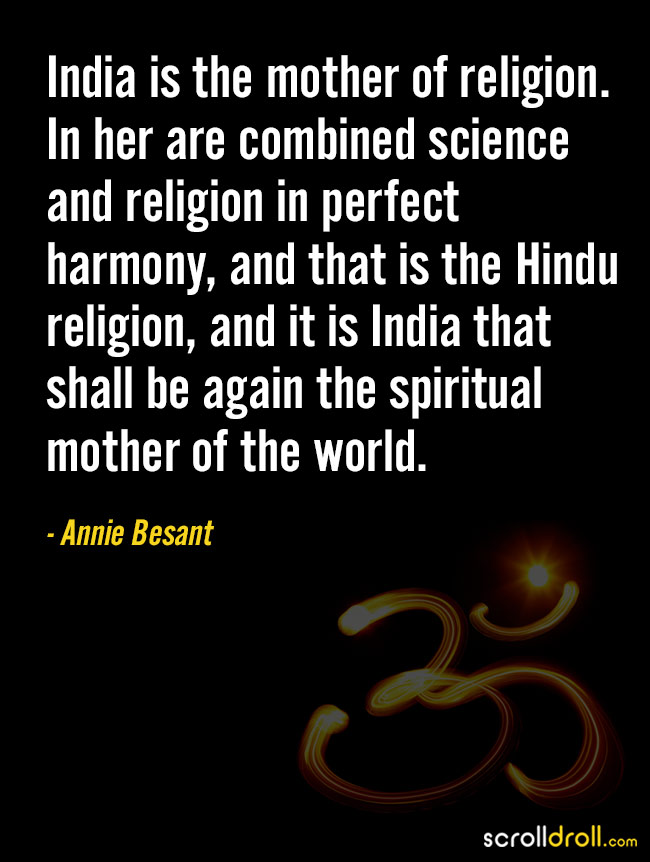 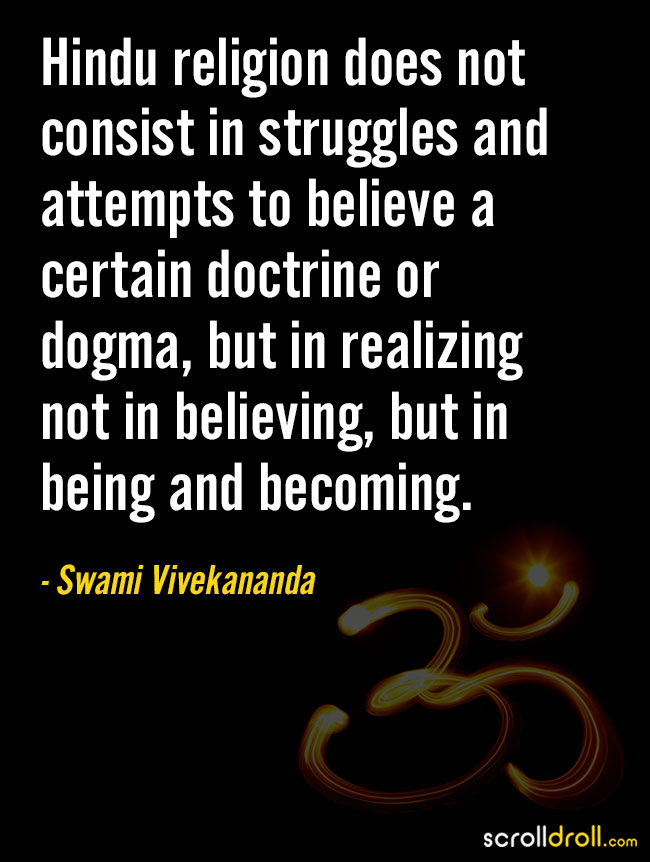 Also read: 13 Swami Vivekananda Quotes You Could Live By 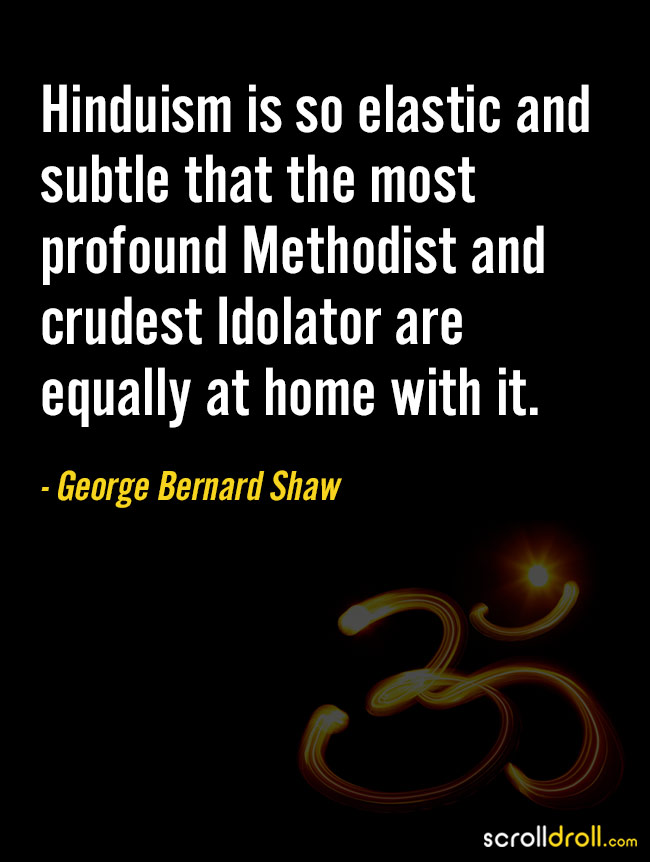 5. Hinduism has the idea of an infinite number of deaths and rebirths. 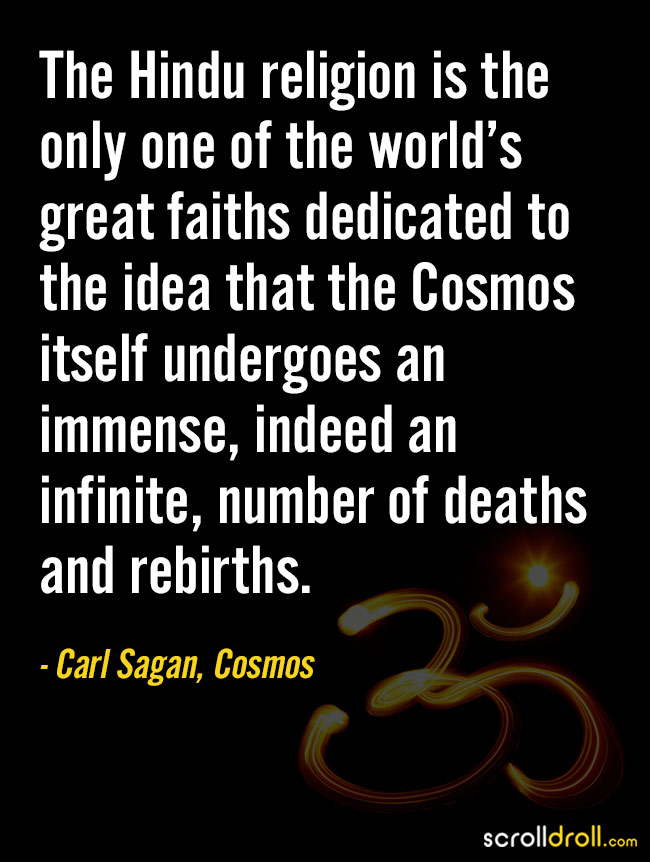 6. Hinduism is all about pure love for God and genuine compassion for all beings. 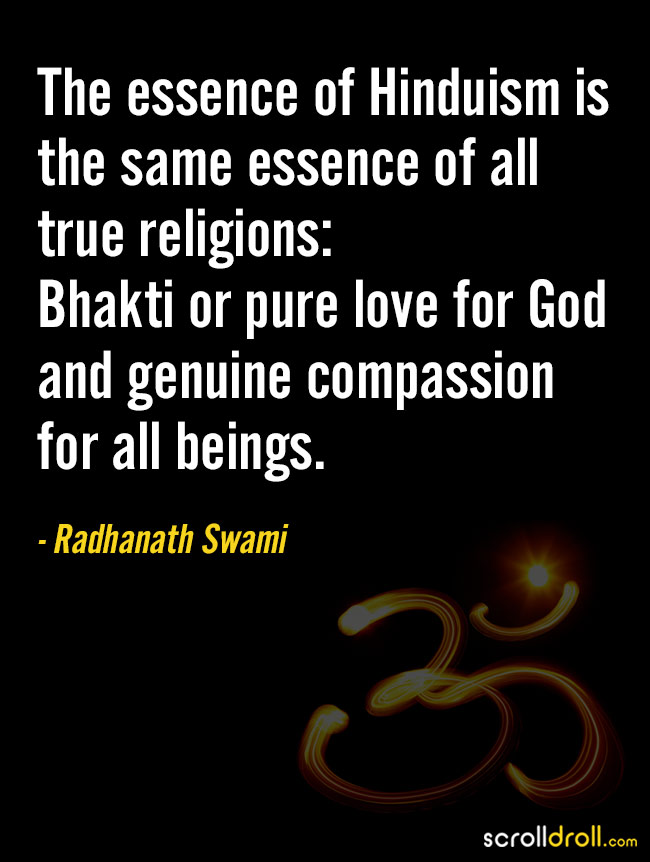 7. Hinduism insists on brotherhood of all lives. 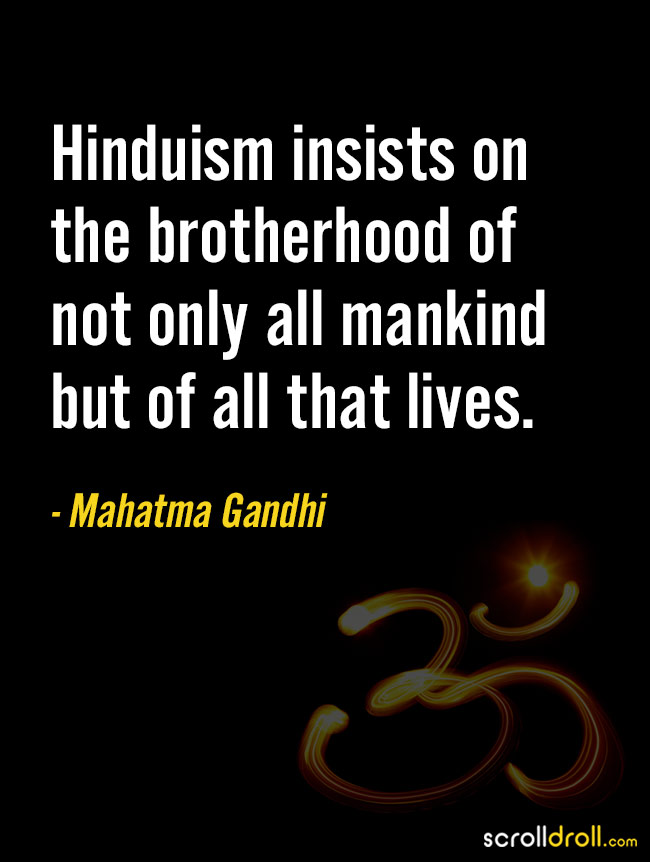 8. Hinduism has spoken the only relevant truth. 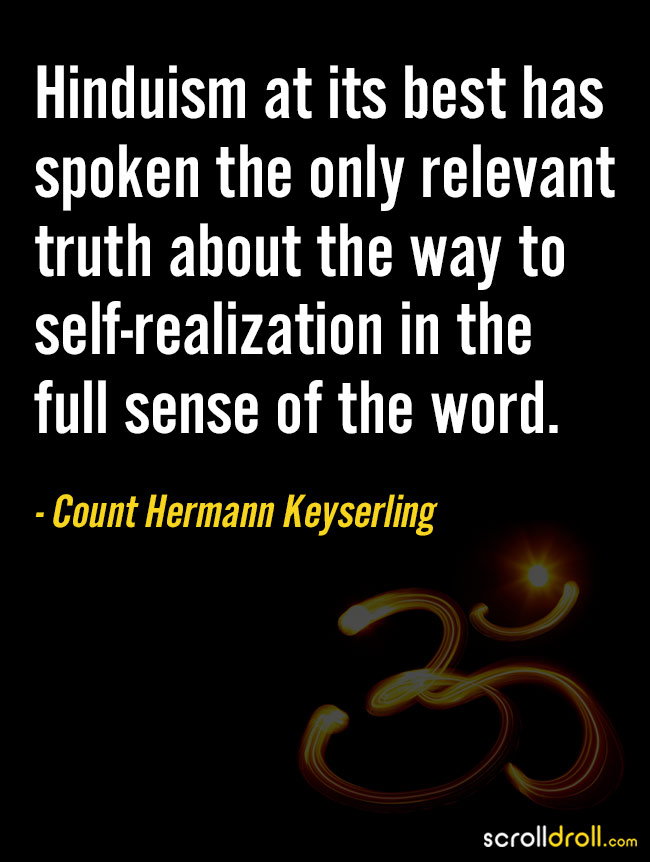 9. Hindu philosophy is at the core of all religions. 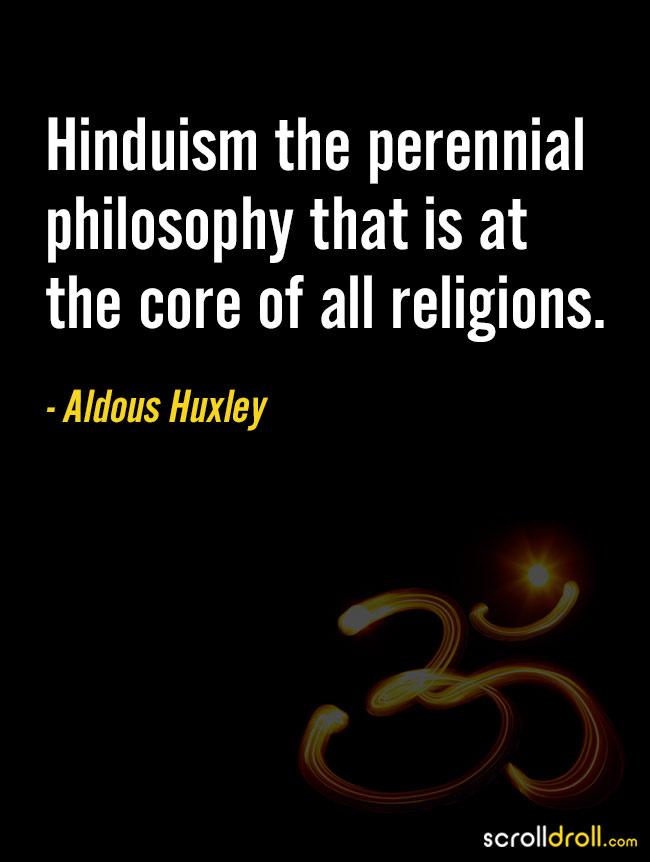 10. Hinduism can absorb outside influences peacefully. 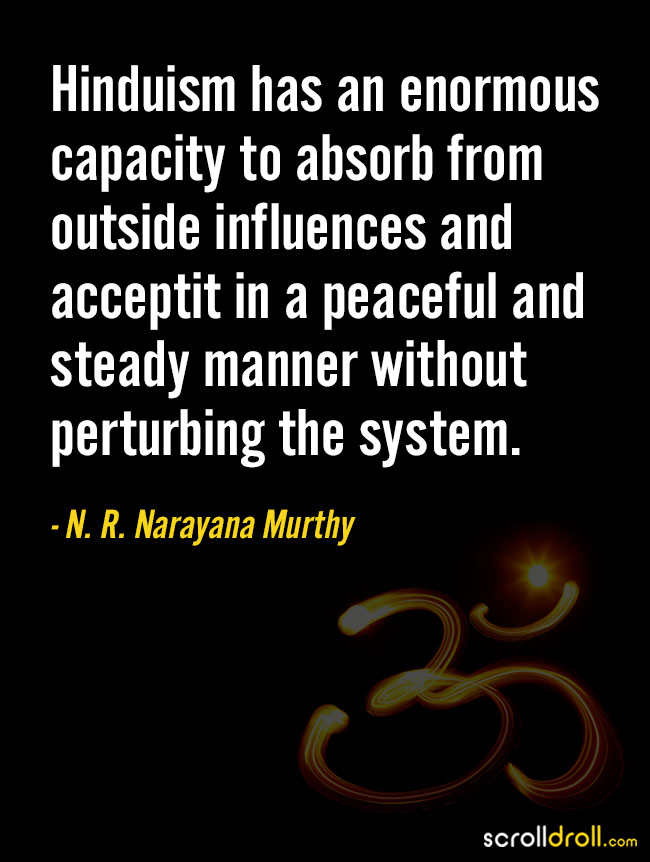 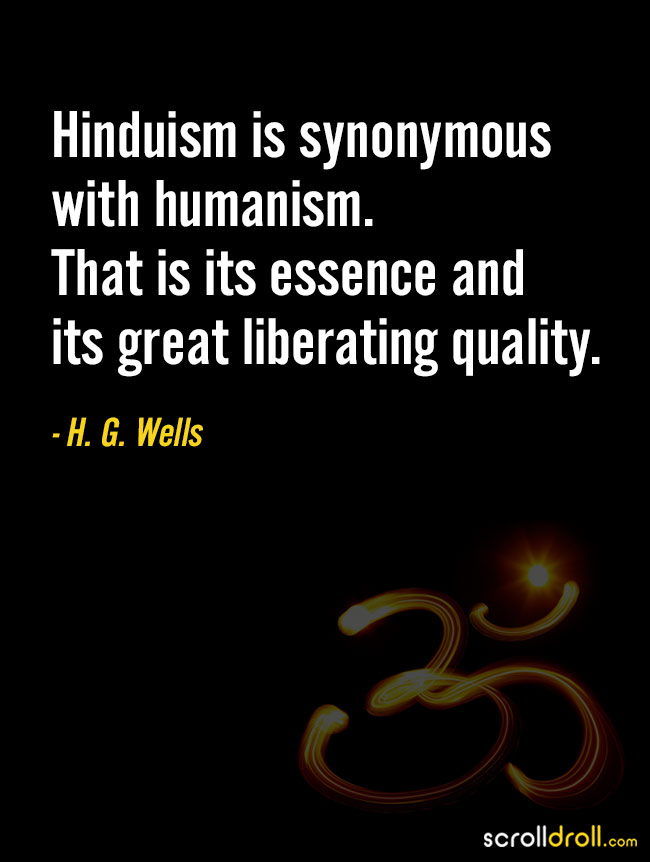 12. A Hindu loves all living beings. 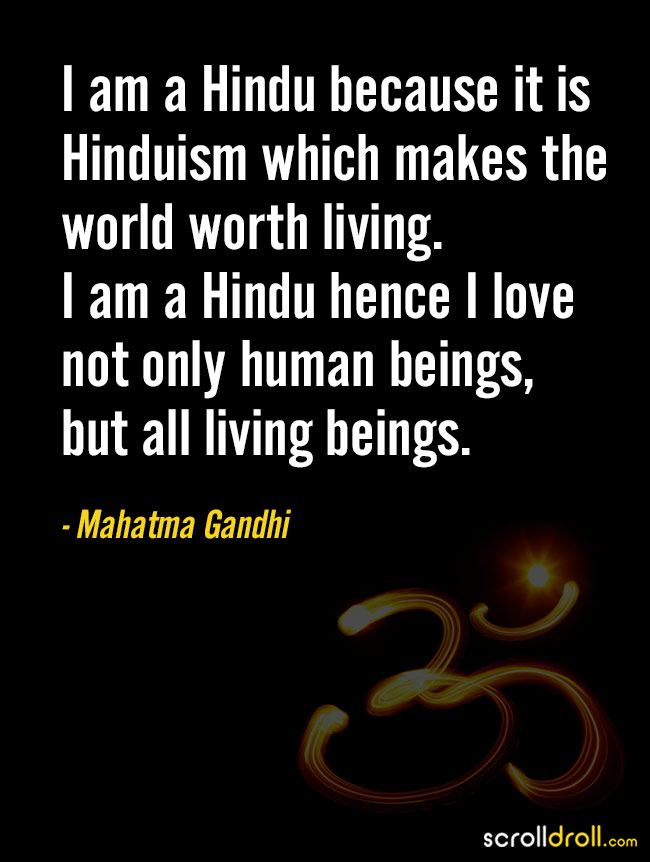 13. There is no concept of blasphemy in Hinduism. 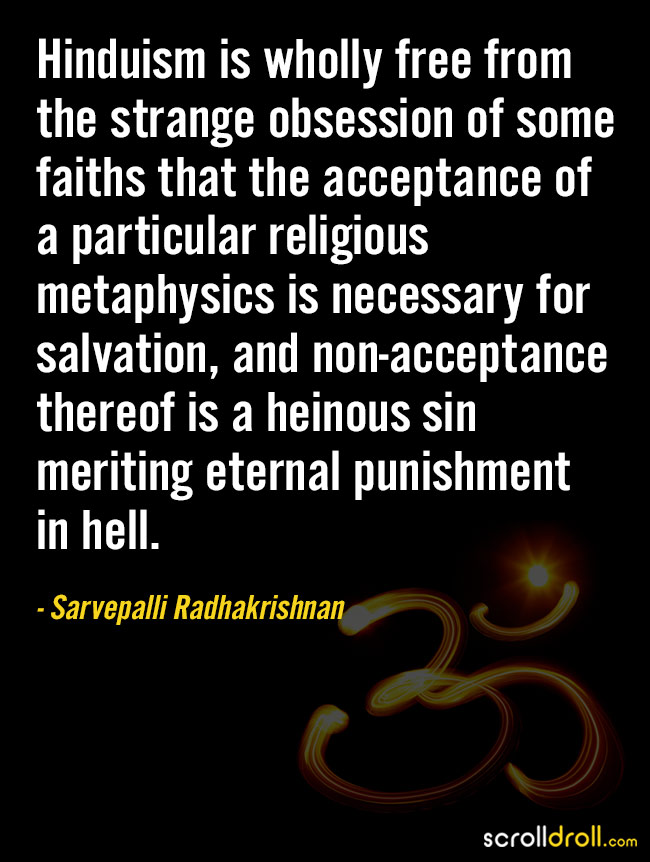 14. Hinduism is not just a faith but a unique union of reason and intuition. 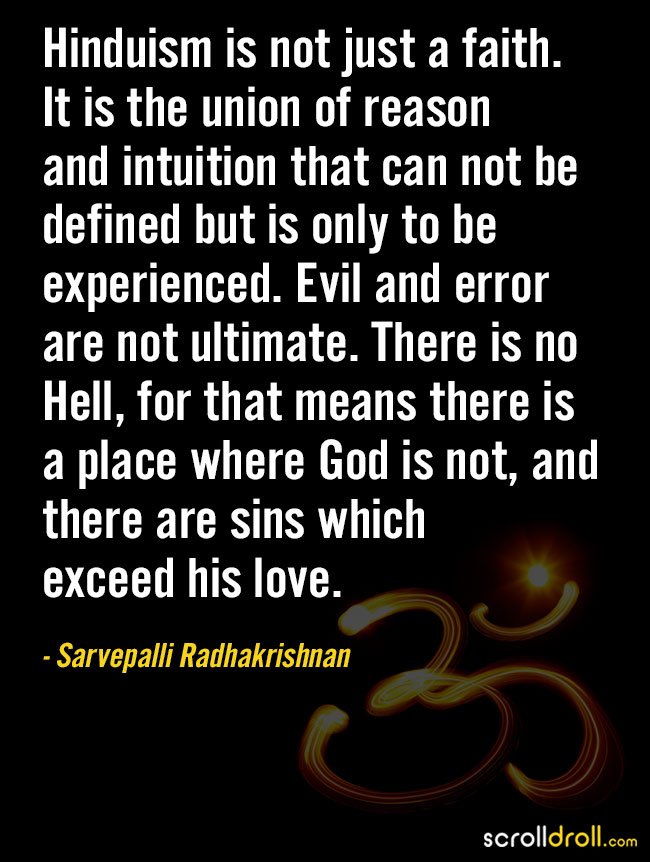 15. Hindu religion is the eternal religion. 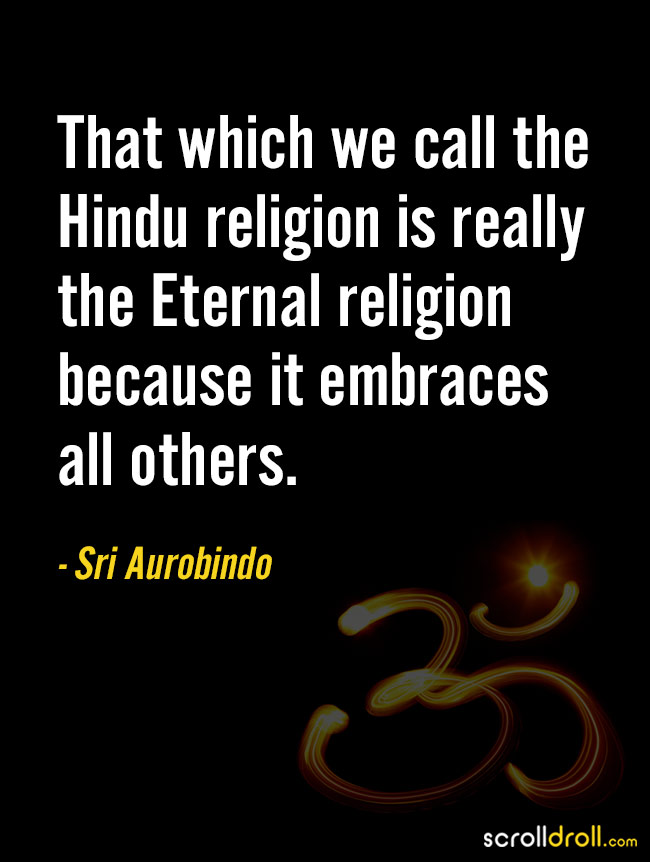 We hope these quotes on Hinduism gave you an essence of the beauty of this faith system that seeks brotherhood, love and harmony amongst not just human but every living being in the universe.